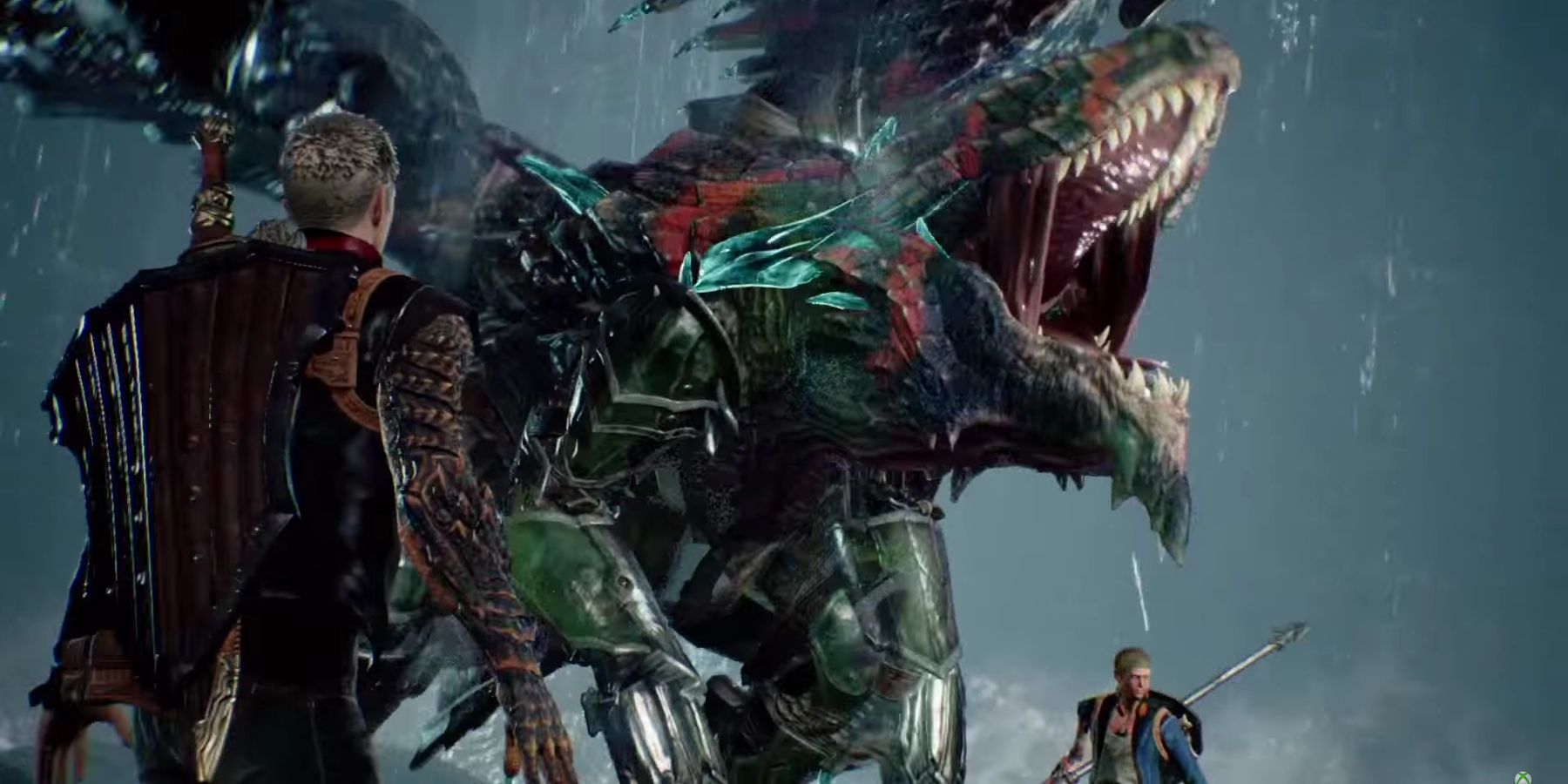 Former Scalebound creative director JP Kellams decided to share some news about Bayonetta 3's development following its new reveal. Kellams confirmed that Scalebound's lead designer, Yusuke Miyata, is directing the development of Bayonetta 3. Kellams would go on to say that Bayonetta 3's trailer showed the player "controlling the summons" and that it looked very similar to a mechanic that was part of how Scalebound, which let players control its dragon named Thuban.

Bayonetta has always featured gameplay wherein its titular character summons large monsters to perform extraordinary attacks and abilities. In Bayonetta 3, however, these creatures remain as summoned pets. This visual of a small Bayonetta standing in front of her summoned dragon as it battles what can only be described as a kaiju certainly leaves an impression. Of course, it isn't obvious how much control the player has over the Bayonetta-dragon, but JP Kellams' comment implies there's a full system behind it.


In Scalebound, players spend the entire game working with Thuban the dragon. Players were able to issue commands to the Scalebound dragon or could even take full control over it via a shift to first-person. A major facet of Scalebound's gameplay was upgrading these dragons and using certain dragons for different situations, as well as standard action gameplay while passively controlling the dragon. On paper, that's a lot more in-depth than what Bayonetta 3's presenting, but the new game could still use a much simpler system.

Neo Geo fighting game Rage of the Dragons coming to PS4, Xbox One and Switch

Feb 8, 2021 started cormack12
Jun 2, 2021
Krappadizzle
Redwood Falls: The canceled game that would have made UE3 shine