Isn't this one of the major plot points of Phoenix Point?
R

This is why trump is pushing for a nuclear winter.
G

Finally, a reason to care about global warming
F

So basically the premise of the upcoming Phoenix Point;

Phoenix Point is the new strategy game from the creator of the original X-COM series. It features turn based tactics and world based strategy in a fight against a terrifying, alien menace.

An unusual virus discovered in melting permafrost excites the scientific community. It has a massive genome, and only 1% of its genes match anything in existing databases.

”What the hell is going on with the other genes?" asks researcher Jean-Michel Moreau. ”This opens a Pandora's box. What kinds of discoveries are going to come from studying the contents?"

The seas transform in something totally alien. Then the mutagens began to invade the land via an airborne microbial mist.

The human population has been decimated. Survivors gather in isolated havens spread throughout the world. A few factions control most of the havens and resources, but they have radically contrasting ideologies and guard deep secrets.

The Phoenix Project is a worldwide organisation designed to be activated when the world is in peril. You control one cell of the organisation, gathering some of the world's best scientists, engineers and soldiers. After your cell is activated, you realise that you have no contact with any other cells. You need to find out what happened to them.
Click to expand... 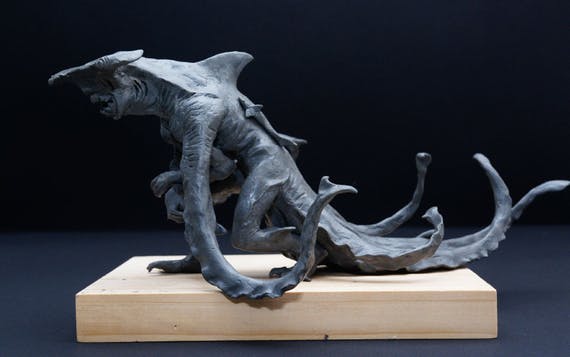 TacticalHotdog said:
Isn't this one of the major plot points of Phoenix Point?
Click to expand...

Jason Frost said:
The Thing will retroactively be based on a true story.
Click to expand...

This was my first thought reading the op
M

DeSo said:
Except the second season... ugh.
Click to expand...

Kas said:
We just need to get a computer program and and try to put all of humans collective knowledge into a robot.

Spectone said:
There was a show released after the X-Files that explored this sort of thing but I can't remember what it was called.
Click to expand...

Millennium? Fringe? Wow I know there was one, and now that you reminded me, I can't recall!

On topic: That is truly terrifying.

And you just know the first person to get infected with an ancient virus is going immediately feel a sudden urge to take a commercial flight somewhere.
A

Well Mr. Freeze tried to use this against Batman but he was thwarted, so I guess we should call Christian Bale or Micheal Keaton. But not Val Kilmer. And definitely not Batnipples Clooney.
D

Only three minutes into Friday and you've already won the internet for the day.
L

ForsakenLotus said:
Well Mr. Freeze tried to use this against Batman but he was thwarted, so I guess we should call Christian Bale or Micheal Keaton. But not Val Kilmer. And definitely not Batnipples Clooney.
Click to expand...

Call the Batfleck. He don't play no games

Slime said:
Bring it on. We deserve it.
Click to expand...

I fucking don't. Everyone who voted for Trump does.
A

Slime said:
Bring it on. We deserve it.
Click to expand... 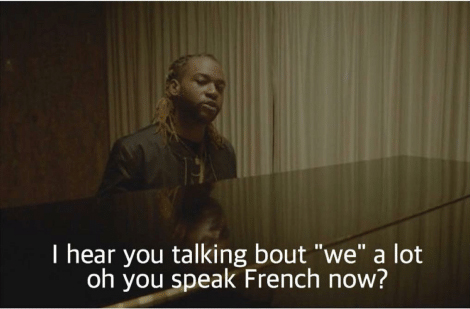 Let's be optimistic about life.

Mankind is gonna have a hard time in the future, that's for sure.
This is some scary shit, to be honest.
A

I wonder if you can eat jumbo viruses?

Lord Frieza said:
I mean, maybe you all do, but I don't. So it sucks for me.
Click to expand...

Oh cool, those dime-a-dozen survival indie games are finally making their prices worth it!
A

Famassu said:
+ releasing shitfucktons of the methane they're storing, strengthening the greenhouse phenomena even further. Yayz
Click to expand...

Humanity will survive. It's that the current geographic conditions will change. New locations on earth will become favorable to live. With a 1m rise in seawater expect WW3 to break out over territory.
D

Stupid torch, does nothing in this facility work?
N

But screw all that science mumbo jumbo. It's about making America great again! 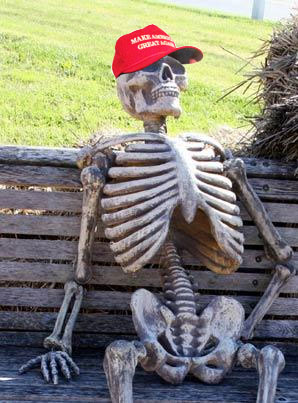 I feel like BBC did this exact story years ago.

We letting a ton of old people decide global warming isn't an issue. They will be long gone before the real issues arise
R

So chance of Zombie apocalypse?

Well this is great news to read before going to bed. Oof!


Yazzees said:
This is sad because I think climate change denial is only growing. A lot of former friends of mine who probably believed in global warming beforehand are now fervent deniers since being successfully recruited into right-wing causes in general over fear of feminists killing them in their sleep and, even worse, censoring their video games.
Click to expand...

I wouldn't say it is, but the people who deny it are just more ignorant & likelier to hold up to their stubborn beliefs.
S

Yazzees said:
This is sad because I think climate change denial is only growing. A lot of former friends of mine who probably believed in global warming beforehand are now fervent deniers since being successfully recruited into right-wing causes in general over fear of feminists killing them in their sleep and, even worse, censoring their video games.
Click to expand...

70 percent of the country believes,it's been a steady increase in belief for a long time and that's not even going into how much more accepted it is in the rest of the world
M

Is it weird that i feel better about whatever the hell this is over what the world peace situation we have right now?
F

Any Questions said:
Humanity will survive. It's that the current geographic conditions will change. New locations on earth will become favorable to live. With a 1m rise in seawater expect WW3 to break out over territory.
Click to expand...

The problem with that is that even though you'd imagine that to be the case, there's a very real possibility that these "more favorable" places might end up not-really-that-much-more-favorable to offset the worsening conditions elsewhere.

Like, I did a short study some years back about the possible effects of climate change on subarctic regions. At first glance you might think you could make the argument that as temperatures rise, subarctic regions will, say, become better for food production since winters will be shorter and spring/fall longer. And that might be in the short run. In the long run? The geographic location is still the same. Subarctic regions don't have all that much rain on average due to their location and that won't necessarily change even with climate change, if anything precipitation might drop. Add to that that the rising temperatures (directly & indirectly) increases evapotranspiration (and can decrease precipitation), that means that as temperatures rise, subarctic regions could possibly dry up on a very large scale. In previous times of higher-than-current average temperatures, Canada, for example, was so dry that in many regions rivers & lakes dried up significantly/almost completely.

If that turns out to be the case with the current climate change, we can't really rely on such regions to pick up the slack when other regions start failing. AFAIK Canadian waterbodies are already showing signs of drying up.
F

As scary as this is, we can also look at the perspective of the human race surviving some of these diseases when we had nothing but our natural immune system to fight it thousands of years ago. So if it reaches pandemic levels, I don't think these diseases would fully wipe us out without a serious lack of foresight.

Now, the stuff that is potentially millions of years old? Who knows how our bodies will react to that, we might need to escape into space.
V

Thank god climate change isn't real and those bacterias will never get released.


the perfect plan
A

Not the fossils I was hoping to come back.
E

besada said:
We're all going to get Mastadon Flu and die.
Click to expand...

This is an X-Files story, the story of British TV series Endeavour and TNT series The Last Ship. lol

If there's still life on earth in a million or so years, it's probably gonna look quite different.
F

You know, Earth, we really are the Last of Us.
You must log in or register to reply here.

Aug 4, 2016 started Vanillalite
Aug 4, 2016
Slayven
As if they weren't already badass, crocodiles have "super-immunity" to infection