Today we are saying farewell with warm regards to Cliff Bleszinski, who is departing as Epic&#8217;s design director to chart the next stage of his career. During the past two decades, Cliff has helped shape many successful games that have captured the imaginations of millions of players around the world. We are grateful for his influence on Epic&#8217;s legacy, from the wild adventures &#8220;Jazz Jackrabbit&#8221; to the visceral combat of &#8220;Gears of War.&#8221;

Said Tim Sweeney, Epic&#8217;s founder, CEO and technical director, &#8220;In 20 wonderful years with Epic, Cliff Bleszinski has grown into a true design luminary, and his contributions to the &#8216;Unreal&#8217; and &#8216;Gears&#8217; series have helped shape the game industry into what it is today. Cliff leaves Epic with our gratitude for his many contributions, and our wishes for continued success in the next chapter of his life!&#8221;

&#8220;In my 10 years of working with Cliff, his passion for creating video games of the highest quality has been unflinching. We are grateful for all of his hard work, and remain committed to making our fans happy and to always raising the bar in everything we do at Epic,&#8221; said Epic Games President Dr. Michael Capps.

&#8220;Cliff has been my friend and business associate for the past 20 years and, while it is sad to see him move on from Epic, I know that everyone here has benefitted greatly from his passion for gaming and the depth of his expertise and experience,&#8221; said Mark Rein, vice president of Epic. &#8220;I&#8217;ll miss watching his star shine from such a close vantage point but I&#8217;ll still look forward to watching his continued success.&#8221;

I&#8217;ve been doing this since I was a teenager, and outside of my sabbatical last year, I have been going non-stop. I literally grew up in this business, as Mike likes to say. And now that I&#8217;m grown up, it&#8217;s time for a much needed break.

I will miss the projects, the playtests, the debates, and most importantly, the people. Epic only hires the best of the best, and it has been a joy working with each and every one of you on a daily basis, whether you were hired weeks ago or decades ago. I have been fortunate enough to collaborate with a variety of disciplines, from code to art to marketing and PR &#8211; it&#8217;s been one big, rewarding learning experience. I&#8217;m confident that each project that is being built, whether at Epic, Chair, PCF, or Impossible will be top notch and will please gamers and critics alike.

We wish Cliff the best with his future endeavors. You can, too, via @therealcliffyb on Twitter. 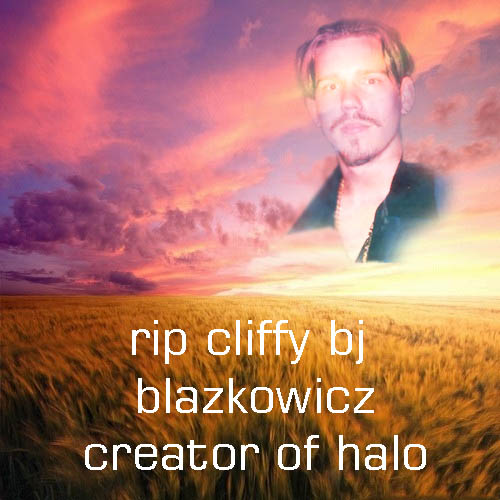 You are fast! Crazy news though seriously. Great designer, wish him best of luck. This kind of makes sense given everything he's said about his design philosophies changing.
I

So what's next for Cliff?
C

Well that was unexpected.

Who will pose with big guns for GeOW now?
D

Is this OP's job, to post things before anyone else?
I

We wish Cliff the best with his future endeavours
Click to expand...

Me too man, I love mobile games!
S

Beat me to it, wonder what's in store for him next.
M

Well he said he didn't want to make disc-based games.

Never thought I'd see this.
S

CLIFFY WHAT ABOUT JAZZ JACKRABBIT? ;-;
K

Besides the teeth. He is so hawt.

Epic will go out of business without his genius.
T

Starting his own ish maybe? Shocker for sure, this dude is the face of epic to me!
K

Wait, what? Isn't Cliffy B the one that always comes up as someone talks about Epic? At least for me.

Holy shit, why? He seemed so pumped up in that AMA on Reddit.
B

Damn, dropping dat bomb. Well best of luck to Cliff in his future endeavors.
B

Where will he be going / working on?
H

My mouth is actually agape.
F

kinda suprised. Epic is a pretty nice place to work as places to work go.

Maybe he just wants to get out of North Carolina.
S

Maybe now he can get to work on a new game similar to Jazz Jackrabbit instead of making the same boring colorless cover shooters over and over!
B

damn, he was epic to me. This is weird. Good luck Cliffy.
C

I was not expecting that.
A

whoa, wasn't expecting this. I wonder if he's staying in the games industry, or moving on.
T

Dude, this is huge.

What are the chances he goes to mobile crap like so many others and disappears into irrelevancy?
J

We ain't gon get that work?

Good luck Cliff in whatever you end up doing. Always liked that cat.
D

Onto bigger and better things I guess.
G

lol im not sure if that was a joke, but it sure made me laugh
G

Good luck to him.
P

this is o out of blue
T

Wow i thought Cliffy was going to be a lifer at epic games.
I

I would have never thought Cliffy B would leave Epic.
You must log in or register to reply here.

XboxWire: How The Coalition Worked with Epic to Bring The Matrix Awakens to Life on Xbox Series X|S
Analysis 2 3