A passenger on a Delta flight from Los Angeles to Nashville allegedly tried to breach the cockpit and hijack the plane Friday.

Delta Flight 386 crew members tackled and zip-tied the man before anyone was harmed, according to a FOX Television Stations report.

Cellphone video shows some of the encounter, with a man in a Delta uniform wrestling with someone who is out of view of the camera behind a row of seats.

Another angle shows he managed to zip-tie the suspect’s hands behind his back.

Another photo shows the Delta employee seated with his hands together and his head lowered.

"This man needs an award," the poster tweeted. "Just saved the plane."

The flight was diverted to Albuquerque, N.M., where airport police took the man into custody.

They later turned the suspect over to the FBI, authorities said.

FBI Albuquerque said there was no active threat to the public.

The flight was expected to take off once again around 8:15 p.m. MT and complete the journey to Nashville by midnight Central Time.
Click to expand... 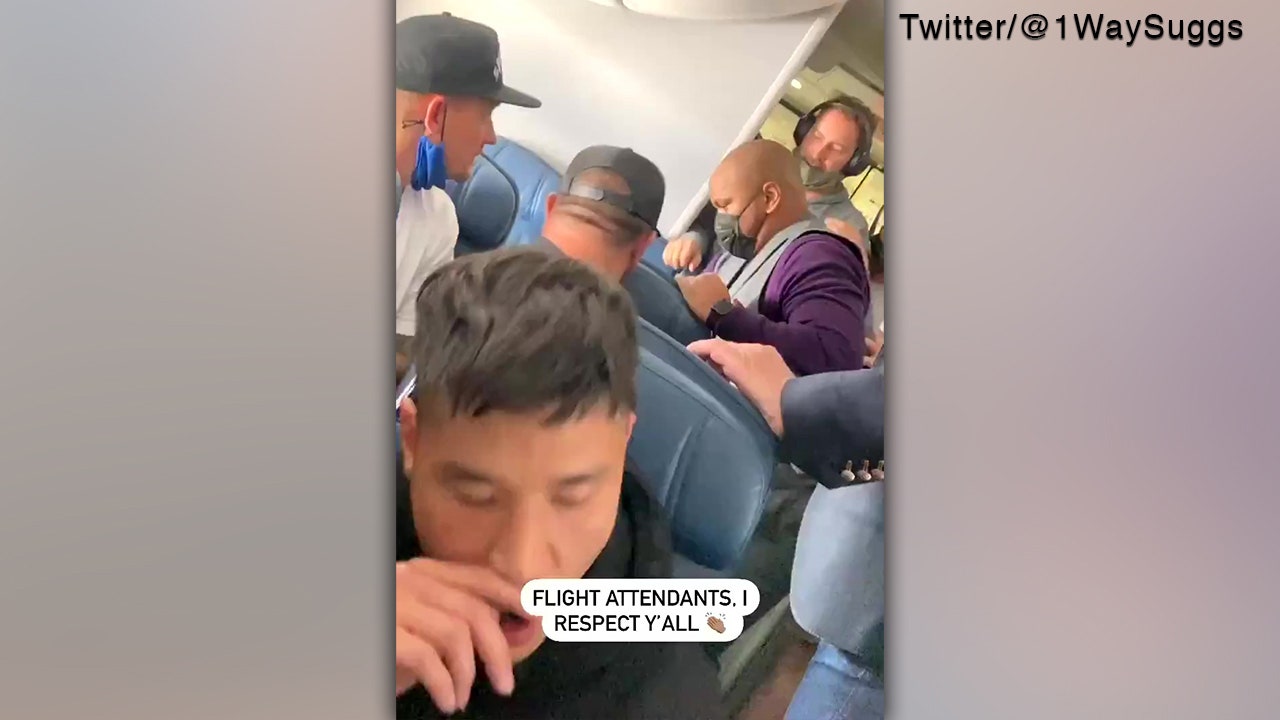 A passenger on a Delta flight from Los Angeles to Nashville allegedly tried to breach the cockpit and hijack the plane Friday.

"I'm the air martial now" that is the best timing.

Give that man a raise at least. I'm not sure what flight attendants get paid but I guarantee its not hijacker-takedown money.
Reactions: Spaceman292, DigitalScars and teezzy

HellforLeather said:
Give that man a raise at least. I'm not sure what flight attendants get paid but I guarantee its not hijacker-takedown money.
Click to expand...

Or a gigantic bonus. With lifetime flights on Delta and affiliates.
Reactions: teezzy

He should get a fat bonus from all the passengers and the company.


Always bet on black?
Reactions: The Hamburglar, Hero of Spielberg, nush and 2 others

feels like just plain crazy since he didn't seem to yelling anything during the "attack".

Reactions: Punished Miku, Hero of Spielberg, DeepEnigma and 1 other person

he was looking for the bathroom.
Reactions: Spaceman292, Hero of Spielberg and Gp1

look at that asian dudes jawline

I use my chin to carve diamonds
Reactions: triplestation
N

This weird tip thing is get even more out of hand in USA.

Just jumped down the rabbit hole of brawls at airports and on plane flights. This woman creeped the hell out of me: