Hi there, WELCOME! Cute Avatar. Doesn't really fit your username though. But whatever, right?

I don't really care whether you have asked for it but let me tell you a thing about THIS THREAD. Won't hurt to listen! Promise.

I don't know how much you know about GERMAN CULTURE (I am an expert) but sharing knowledge and educating others are huge parts of it. It's not like other OTs where you just join a major circle jerk.

Haha, that was a reference. I don't know if you caught that. Old GAF stuff. FUN!

Whatever, to break it down for ya: If you have questions about German (those articles &#8222;der, die, das” damn), declination giving you a hard time, need travel recommendations, wanna discuss central European or global politics, etc., we are kinda super excited to lay it out for you. Because, everybody knows we're smart, the smartest, COME ON!
Click to expand...

Germany - or much more apt - the German speaking community has contributed considerably to humanity's musical heritage although much less so in modern times. Going by Wikipedia we are the only people making the telling distinction between &#8222;E- and U-Musik”, and thats not the difference between Kraftwerk and Niko. &#8222;E” as in &#8222;ernste” (serious) music was reserved for artistic music and that again meant exclusively classical music. &#8222;U” means &#8222;Unterhaltung” (entertainment) and points to popular and commercial music. Of course this differentiation is toxic but it illustrates a problematic current in modern German arts: The inability to understand that artistic ambition and entertainment don't have to be mutually exclusive. This lead to an ignorant negligence of popular arts and resulted in an ongoing crisis in music, cinema and tv. Only after the commercial success of the Neue Deutsche Welle movement with it's "99 Red Ballons" international hit, popular music has garnered a bit more reputation. Germany being the world's current export champion sure doesn't export much popular culture of significance. A fact that bothers us tremendously.

However, I compiled a short list of my favorite popular music pieces beginning with the &#8222;world's first one hit wonder”. Enjoy:

With it's central European location and the density of medieval and younger landmarks, Germany (as well as Austria and other german speaking countries) has been one of the earliest touristic destinations for the affluent British and other european upper classes. Especially the romantic Rhine Valley dotted with castles, ruins and picturesque villages has attracted early tourists and was part of many grand tours. Also widely popular were the German Spas, particularly Baden-Baden, Karlsbad (today Karlovy Vary, Czech Republic) and Marienbad (Mariánské Lázn&#283;, also Czech Republic) in Bohemia, till this day synonymous with artful and lavish lifestyles.

After the two World Wars popularity tanked understandably. Even Germans after the financial benefits of the "Wirtschaftswunder" rather vacationed in Italy or Spain than next door. Necessary - even urgent - reconstruction in the West and argaubly more so in the East took their toll when staples of then modern architecture and few sensibility for the old structures left a lot of the old, once medieval or baroque, German cities scarred. Amongst probably more pressing things Germany had lost a lot of it's charme in it's wars. From the 50s up to the 80s international tourism basically was confined to the historic cities of the south spared of bombings in WW2, like Rothenburg and Heidelberg, or to rural landmarks, especially the most awe inspiring of the many castles like the relatively modern Neuschwanstein or the splendid Burg Eltz.

After reunification many efforts have been made to recreate old cityscapes and skylines, often to huge distress of the more progressive citizens and never without a highly emotional discourse. Big projects are the Hohenzollern Palace in Berlin, the Frauenkirche in Dresden, the City Palace in Potsdam and Frankfurt Old Town.

Latest since the FIFA championship in 2006 tourism in Germany has seen a renaissance. Especially Berlin with it's complex historical and cultural landscape and it's aire of excessive partying has seen an influx of new, young and international travelers.
Click to expand...

With the invention of the printing press (don't rain on our parade China) Germans have long understood themselves as kinda like the midwifes of literature. At least literature has always played a big part in culture and economics. Two major book fairs are held annually in Germany, the Frankfurt and the Leipzig one. Germany is home to some of the biggest publishing houses in Europe and the world, like Bertelsmann and Axel Springer. And despite the language barrier, Germany has breed some of the worlds most prolific authors. Here is a reading list of some quintessential German books according to me (!):

The sorrows of young Werther - Johann Wolfgang v. Goethe (actually his Faust is arguably THE German work of literature but I believe Werther has a much broader appeal and is much more accessable for non-Germans and emos of all walks of life) public domain, linked is the free kindle copy

While lacking in big names in visual arts a lot of iconic imagery originated in Germany. With it's hundreds of principalities the holy roman empire never really managed to focus and culminate all it's creative and cultural power into one place, one time. Much later than for example France and Britain, Germany found an identifying and unifying artistic expression.

The first might have very well been romanticism, an eventually european movement, born out of the disenchantment with classical ideals and the turn towards one's own inherent culture and thus to the myths and folklore of old. This is the time the Borther's Grimm collect fairytales from oral tradition. Caspar David Friedrich's moody paintings of majestic, almost sacral landscapes and sinister gothic ruins can still be found on many a book cover today. The return to ancient, pristine germanic symbolism resonated well with the people that longed to defeat Napoleon and finally build a united nation.

These hopes were shattered after the Viennese Congress where the rule of many German royal and princely houses was restored. The upcoming bourgeoisie who was the driving force behind the patriotic and progressive changes was in shock and turned inwards to home and family. This return to the social nucleus formed a lot of the concept of &#8222;family” we still hold up today as well as Germany's very own brand of "Gemütlichkeit". Many Christmas traditions for example were defined in the sanctuary of home and family during this age of so called "Biedermeier" and by way of Prince Albert to Queen Victoria to the British Empire were popularized worldwide. The Biedermeier however is seen today as culturally reclusive and painfully inoffensive. Liberal Germany laid down it's arms (literally) and succumbed to the reign of the old feudal lords.

After the last spark of the German Revolution of 1849 failed to ignite, the German bourgeoisie gave up on politics for good, enabling the Prussian monarchy to finally unite the german people under the crown of the Hohenzollern and giving way to the ever rising nationalism that spread across Europe. Visual arts only strived again at the end of the age of European monarchy, when industrialization and war became unbearable. Expressionism broke consequently with the tastes of the imperial german society dictated by the emperor. Names like Emil Nolde, Käthe Kollwitz or Franz Marc are known, albeit not as popular as the likes of van Gogh or Picasso. German cinema adapting the expressive paintings on to the big screen bloomed and peaked in it's golden age with classics like Nosferatu and The Cabinet of Dr. Caligari (public domain, linked are the full movies on youtube).

The pendulum swung back of course when national socialism rose and the NSDAP forbid and confiscated &#8222;entartete Kunst” degenerate Art. In post war Germany individual artists struggled with the unspeakable that has happened, strived and became global best sellers like Gerhard Richter. After reunification a new generation of visual artists were able to find a more light hearted but not less critical approach to their homeland like Neo Rauch and Erwin Wurm today. Probably even more successful have been the artists working with the precision of a camera lens like Helmut Newton, Ellen von Unwerth or Michael Ballhaus and recently Wolfgang Tillmans. Beware of NSFW pictures in the last batch of links (except Ballhaus). Photography in post war Germany is sexually charged to the max! 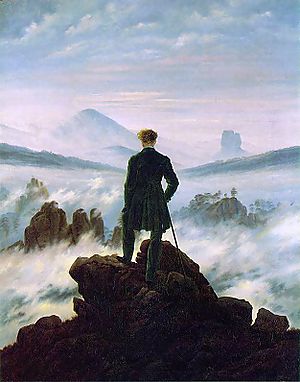 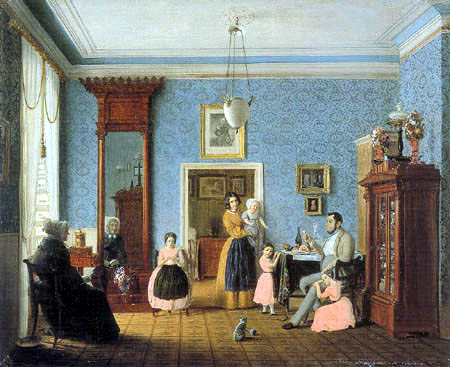 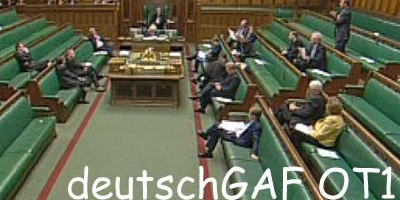 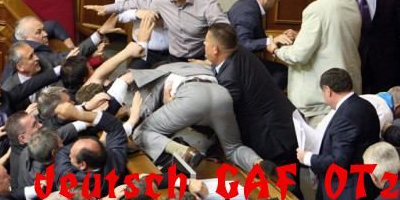 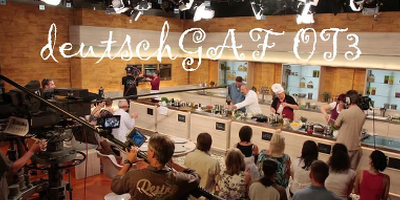 Thanks to Hammer24 for the OT1-3 banners

The same procedure as every OT.

I thought that we had this sort of threads before. Some started their own Spanish thread, then German, then French, Dutch etc.
I don't want to let this thread bomb or whatever, but I don't think that it becomes clear that this thread is not only chitchat.
Click to expand...

I already knew it six years ago.

I approve this message.