A lot of interesting stuff here:

Donkey Kong Racing was obviously pretty heavily tied to Nintendo as a franchise, and as Rare approached the finalization of a buyout deal with Microsoft it was clear that the game had no future, at least with the apes as characters. We switched it around to be a Sabreman game, and there was a great early Xbox prototype  but someone, somewhere decreed that it was a little too old-school for the kind of revolutionary gaming experiences that the Xbox was capable of delivering, and so it started down a path of meandering changes, updates and evolution that finally saw it run out of steam and fall over.
Click to expand...

Over the years Rare had assembled a great hand-held department, and it was decided that wed keep it when Microsoft took over even though they didnt have a handheld console of their own. The thought was that maybe, one day there would be a Microsoft handheld device and wed need the development experience of the team. We continued to release games on DS for a while but eventually we just needed all the resources we could find to help build Xbox and X360 games, and so with no Windows Mobile or Windows Phone on the horizon at the time, it fizzled out.
Click to expand...

Timesplitters 2 HD was in development:

We had a HD downloadable version of TimeSplitters 2 in development at Free Radical in 2008. I dont know what happened to that but yes, Id love to see it released at some point. Maybe it could be the catalyst that is required in order to raise enough interest in TimeSplitters 4 that a publisher might want to fund it.
Click to expand...

We came close to firing off a conversion of Killer Instinct a few times, but there were licensing obstacles to that, and it never really had enough perceived interest to push it forwards. Oh, and of course, there was Goldene . . .
Click to expand...

Here's the quote from that article about Donkey Kong Racings gameplay:

It was a pure racing game, the underlying software mechanics were actually based on car physics, but it also incorporated the idea of riders jumping between different animals mid-race, to always be riding the ones that were bigger or faster . . . we had some awesome gameplay in place, and it was lots of fun &#8211; we even had a multiplayer version working &#8211; and when you fell off, you had to tap-tap-tap (HyperSports style) to run on foot and catch up with an animal. Fun, but it lost some appeal without the DK universe around it, and Microsoft were unsure of its potential with Xbox gamers I think.
Click to expand...

into my veins
A

TimeSplitters 2 HD with online play would be a day-one purchase for me. I might even have to buy it for all of my old college buddies who I used to play Timesplitters split-screen with.

God, someone get this game on my xbox now.
B

So they made a quirky playable game in true Rare nature, but Microsoft didn't believe in it, didn't release it.

WTF did they bought Rare?
J

They meant "was" as in it's done now and will get released. Someone please say so.
N

I wonder if Midway (and whoever has them now) somehow had rights to the Killer Instinct license through their arcade publishing deal.
F

Free Radical should never have made Haze! Should have kept it safe with TimeSplitters 4 game!
S

Timesplitters 2 HD in 2008? Seems a bit too progressive.
D

axisofweevils said:
Timesplitters 2 HD was in development
Click to expand... 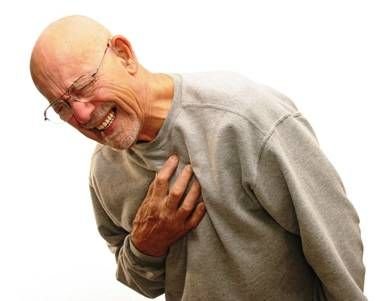 Ninja Scooter said:
I wonder if Midway (and whoever has them now) somehow had rights to the Killer Instinct license through their arcade publishing deal.
Click to expand...

I don't think that MS would have made a deal out of renewing the trademark for KI if they didn't have the rights full-stop.
F

massoluk said:
So they made a quirky playable game in true Rare nature, but Microsoft didn't believe in it, didn't release it.

Kameo? It could have been amazing if it was under Nintendo's guidance! It be the closest's thing to Pokemon 3D game! Banjo has been misused. Banjo platformer was what Rare needed to work on after Perfect Dark and Kameo...
E

Things like this really make me wonder how things could've gone had Rare stayed with Nintendo, or at least stayed unbought by Microsoft.

I always wondered why we hadn't heard news of more handheld games from them. That's sad, because I had a slight hope that we'd see something from them eventually on the 3DS. Eh, I'm well over it though, I suppose.
B

massoluk said:
WTF did they bought Rare?
Click to expand...

What is most interesting about this interview are the parts about budgeting. This has been an great issue this gen and I expect it to continue.
M

MS bought rare when they didn't need a console FPS house, didn't have the audience for their kiddy games, and did use the licenses that they thought would play well.

Also Rare's handheld games were very shoddy so they probably made the right decision there.
L

Yeap, MS are still assholes for buying an amazing developer and eviscerating it.

Everyone we know of as "Rare" isn't at the studio anymore. MS either fired them or ran the studio so hard into the ground that they made them flee for their lives.
M

Why would you want a current Rare game? It's 100% likely to be trash.
M

I still have the box my launch Gamecube came in in a closet somewhere with screenshots of Donkey Kong Racing and Kameo on the back.
F

Seriously please Microsoft sell rare, keep the offices and staff and call it kinect sports studio or something and sell off the name and IPs to someone that could make some use of them
F

Yeap, MS are still assholes for buying an amazing developer and eviscerating it.
Click to expand...

how did Killer Instinct have licensing issues?
B

This. A million times this.

Release it with full online multiplayer as well as bots and I will pay any monies you desire.
O

I thought this was interesting in the interview.

Back in the N64 days of Rare, did the employees regularly play the competition&#8217;s games (PS1 games)? How was PlayStation 1 perceived by employees at Rare during the N64 days? Also, what were the big games that everyone played at Rare on their free time when they weren&#8217;t working?

Martin Wakeley: The PlayStation was viewed with a degree of cynicism. We were exclusively Nintendo focused at Rare and the traditional competition was Sega. We didn&#8217;t know what to expect but it was clear from the off they had nailed the marketing of it.

I remember playing a Japanese PlayStation in the Rare Boardroom at launch and being amazed by Ridge Racer. Playing Galaxians distracted waiting for it to load which was a big deal at the time. {Editor&#8217;s Note: Ridge Racer had a Galaxian game that could be played while the game loaded.}

One of the cool things about Rare was we were always encouraged to play games. We had Saturn, 3DO, Jaguar, Virtual Boy and a host of Arcade machines around that time and they all got played fairly equally.

With any new thing there are always those that fear change. I remember Blast Corps being described as &#8216;looking like a Playstation game&#8217; which was intended as criticism but we took as a compliment.
Click to expand...

Why did you even buy them Microsoft?
U

Dude I'd be so fucking down for a DK racing game.
V

I still hope for a Donkey Kong racing. I still have that video on some old hard drive of all the characters on different animals.

Donkey Kong Racing would have been so fucking awesome.

VGChampion said:
I still hope for a Donkey Kong racing. I still have that video on some old hard drive of all the characters on different animals.
Click to expand...

Seeing those FMV screens again just makes me glad that Rare lost control of the DK license. Their take on it was so ugly and all they did was populate it with Sonic style shitty friends.
S

DeaconKnowledge said:
Their take on it was so ugly and all they did was populate it with Sonic style shitty friends.
Click to expand...

How dare you insult Lanky Kong like that!
D

Seriously, why not? I want a fucking good excuse.
E

Man God said:
MS bought rare when they didn't need a console FPS house, didn't have the audience for their kiddy games, and did use the licenses that they thought would play well.

Also Rare's handheld games were very shoddy so they probably made the right decision there.
Click to expand...

I wonder if under someone else's wing Rare's handheld games could've been cultivated into something worthwhile? It does seem like they were just practicing for if Microsoft put anything out.

Though didn't they develop the GB 007 game? I don't recall that being well received, so maybe there was no hope anyway.
R

A proper port of Killer Instinct arcade would be so bought.
T

Regulus Tera said:
That CG work is awful, even by 2001 standards.
Click to expand...

Even compared to other early-GC games the animation looks sloppy.
C

Those articles on NES are becoming more worthwhile to read as time goes by.

Too bad the politics behind the games industry can make you a bit down on the whole thing at times.
O

Eusis said:
I wonder if under someone else's wing Rare's handheld games could've been cultivated into something worthwhile? It does seem like they were just practicing for if Microsoft put anything out.
Click to expand...

It's pretty sad. Based on the interview, it seems like Rare's days of handheld gaming might be over. All of their resources are now going into console projects.
O

oh god they actually had a working multiplayer for Donkey Kong Racing ;_;

If that would have released in 2009, I could have been presumably playing TS2 online for the last three years. God damn it.
G

The DK Racing info is both interesting and depressing.
You must log in or register to reply here.

Jan 19, 2020 started Rightisright
Jan 22, 2020
IDappa
2
Opinion Business Platform Sony's Blockbuster Focus Reminds Me Of Nintendo During N64, And That Could Be Disastrous (Or Perhaps Not)