All right, here we go.

And I think that's everything super major. There is still a fair amount about PvP and questing in the article, so feel free to check it out if you're interested in the game.

Long rumored and much anticipated, The Elder Scrolls Online is finally being unveiled in the June issue of Game Informer. In this month's cover story we journey across the entire land of Tamriel, from Elsweyr to Skyrim and everywhere in between.

Developed by the team at Zenimax Online Studios, The Elder Scrolls Online merges the unmatched exploration of rich worlds that the franchise is known for with the scale and social aspects of a massively multiplayer online role-playing game. Players will discover an entirely new chapter of Elder Scrolls history in this ambitious world, set a millennium before the events of Skyrim as the daedric prince Molag Bal tries to pull all of Tamriel into his demonic realm.

"It will be extremely rewarding finally to unveil what we have been developing the last several years," said game director and MMO veteran Matt Firor, whose previous work includes Mythic's well-received Dark Age of Camelot. "The entire team is committed to creating the best MMO ever made &#8211; and one that is worthy of The Elder Scrolls franchise."

An in-depth look at everything from solo questing to public dungeons awaits in our enormous June cover story &#8211; as well as a peek at the player-driven PvP conflict that pits the three player factions against each other in open-world warfare over the province of Cyrodiil and the Emperor's throne itself.

Come back tomorrow morning for a brief teaser trailer from Zenimax Online and Bethesda Softworks, and later on in the afternoon for the first screenshot of the game. Over the course of the month, be sure to visit our Elder Scrolls Online hub, which will feature new exclusive content multiple times each week. You'll meet the three player factions, see video interviews with the creative leads, and much more.

The Elder Scrolls Online is scheduled to come out in 2013 for both PC and Macintosh.
Click to expand...

I adore ES, but I'm just not down with this.
E

Ugh, sounds really disappointing. Not surprised. It would take a lot of time to make a great Elder Scrolls MMO that lives up to Skyrim.

I'll wait for the next one by the Skyrim team instead. Co-op and a bit of optional PVP would be fine to me, no need for an outright MMO. This is not the good direction for the series.
S

Outside of that it sounds really really really generic :| I know the Elder Scrolls IP is very strong right now but I don't think the name alone will cut it...
K

They stand no chance unless F2P
E

I dont really like the sound of any of this.
C

Better with Kinect for Windows.
J

This is sounding verrry boilerplate so far.
A

To everyone saying "zomg bethesda isnt making this it will be fine" look at fallout 3 > new vegas. Bethesda made 3, obsidian made nv. Still buggy as all fuck.

So you know what, some of us associate Elder scrolls with bugs. Like some people do with fallout.

Heres hoping it isnt the same. Heres hoping its completely bug free and fucking fantastic. But its an elder scrolls game. Thats what matters.

Yes, most are just saying Bethesda is making it, but even taking that away, and saying its someone else isnt very comforting to me, atleast.

Defnitely a wait and see, for me.

EDIT: Yes, I'm a ps3 player, which after thinking about it, could be a lot of my issue. This is being developed for PC, so thats a plus.
Also, sorry if this has been mentioned already, read the first 4 pages and thought I'd chime in!


Even further edit: No real time combat is a deal breaker for me anyways... wtf? This sounds more like an Elder Scrolls themed mmo, not an actual ES MMO.
X

"This time, saving the world from the awakening of ancient evil is only the beginning. What happens when hundreds or thousands of prophesied heroes all think that they should be Emperor?"
Click to expand...

"This time, saving the world from the awakening of ancient evil
Click to expand... 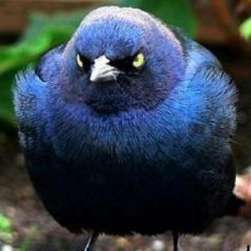 Anyway, I'm down for an Elder Scrolls MMO. Dark Age of Camelot designers on the PVP team is a huge plus, although I'm not sure how excited I can get about this article when a good portion of things I find interesting about MMOs (player housing, largely text-driven dialogue) are out and the things I find interesting about The Elder Scrolls (unscripted AI, the danger of becoming a vampire, etc) are also out. This article makes this sound so... standard.
C

An mmo with no aggro?

Someone give me an example.
B

Hahaha, it looks so bad. I just... I really don't get it. Even Gamebryo would've been better than Hero Engine. What were they thinking?
P

Nice work with the deets.

Anyways, I got a teeny bit excited when I first read the news, but the details are disappointing. I like the idea of an Elder Scrolls game populated by real people, rather than soulless automatons, but this just sounds really dull. Maybe I'm too quick to judge, but I can't help but expect another run of the mill, diluted MMORPG experience with the ES license tacked on.

Plus, SWOTOR and Rift are a couple of fuckin' ugly games. Particularly SWOTOR, I hate the character design. At least Skyrim was pretty.

Always wanted at least a 2 player co-op....never asked for an MMO.
D

Man almost all of that sounds terrible.
P

To me it does not sound like a MMO.
A

The more I read, the more I dont want.

Probably doesnt help I'm burnt out on MMO's to begin with. Guess I just thought this would be different.. No NPC romance, either? Bah.

It sounds like a mix between World of Warcraft and Guild Wars 2. Or something that tries to stand in the middle of those two.
N

I probably did a bad job explaining it then. My apologies.

Yes, they're the evil 10th faction trying to take over the world and allied with the "KING OF WORMS".
E

Doesn't seem like there's anything particularly special that's grasping for my attention there.
X

Definitely, its like they forgot what makes an Elder Scrolls game.

talk about not what people wanted at all
J

Not liking the sound of this. I was a bit tepid about Skyrim before we started seeing videos, but the mechanics of this makes me VERY wary. Plus, third-person?

Nirolak said:
I probably did a bad job explaining it then. My apologies.

Yes, they're the evil 10th faction trying to take over the world and allied with the "KING OF WORMS".
Click to expand...

No you did fine.
D

Bjergsen is the greatest midlane in the world

-Hitting the level cap takes about 120 hours
Click to expand...

You serious Zenimax? I can do this in my sleep.
D

So it's the Elder Scrolls, except with most of the actual role-playing elements either nerfed or removed entirely. Got it.
N

Loudninja said:
No you did fine.
Click to expand...

It unfortunately looks like a pretty standard MMO that's more of an evolution of Dark Age of Camelot than Elder Scrolls.
J

Why the fuck would Nords, Dunmer, and Argonians ally together?

What a shame. Maybe one day someone will make an interesting game in the genre.
C

Although for this game especially (after playing SWTOR, also on HeroEngine), I'd probably wait at least 3-6 months before buying. Launch will be a clusterfuck.

I wouldn't trust going Day 1 on any MMO nowadays except for WoW expansions and whatever Titan ends up being.
S

Should be interesting to see where this one lands. I'm not the Elder Scrolls fan in the family and my better half isn't interested in this one bit - she would rather play GW2 atm.

If its subscription based then it's probably written its own future unless they bring something revolutionary to the table.
P

Do not want.
L

disappeared said:
So it's the Elder Scrolls, except with most of the actual role-playing elements either nerfed or removed entirely. Got it.
Click to expand...

Yeah not sure whats up with that.

Nirolak said:
It unfortunately looks like a pretty standard MMO that's more of an evolution of Dark Age of Camelot than Elder Scrolls.
Click to expand...

Its sounds very bland to me.
M

From exciting to lackluster in record time. Good job¿
N

-Radiant AI will not be present
...
-The game uses MMORPG genre standards such as classes, experience points, and other traditional MMORPG progression mechanics, but they try to present it "around the core fantasy presented by traditiona Elder Scrolls games" such as traveling around and righting wrongs or seeking riches
...
-The combat model will not be real time due to latency
Click to expand...

Its not like I was likely to play an MMO as it was, but this just guarantees that I won't go anywhere near this.
P

Is it even technologically possible to make a MMO with the graphics of Morrowind...or similar, or just below, etc....in first person. And have it play like a regular Elder Scrolls game, with real time combat, and many of the other things that are in an ES game?
A

Game looks like ass... Seriously... I have the latest issue of Game Informer and ugh those screenshots are NOT pretty.
N

zmoney said:
Is it even technologically possible to make a MMO with the graphics of Morrowind...or similar, or just below, etc....in first person. And have it play like a regular Elder Scrolls game, with real time combat, and many of the other things that are in an ES game?
Click to expand...

There are quite a few MMOs these days that are basically realtime, but none of them are built on the Hero Engine to my knowledge.
S

speedpop said:
If its subscription based then it's probably written its own future unless they bring something revolutionary to the table.
Click to expand...

Yeah, a subscription fee (on top of what I assume will be $60) will likely be enough to kill any morbid curiosity I could have in trying this. Oh well, maybe when it's F2P...
K

So...WoW with an Elder Scrolls paint job basically. Nice work Zenimax Online! Third Person, hotkey based non-real time combat with classes and levels instead of skills....lol, why even call this Elder Scrolls? Oh yeah...money. I was optimistic in the original cover reveal thread but this sound fucking terrible.
A

Really not happy with the engine they are using.

Some of the other stuff sounds pretty good.

Jake Tower said:
Why the fuck would Nords, Dunmer, and Argonians ally together?

Most lore can be completely revised in just a few lines of text from the lore writer. Happens all the time in MMO's when gameplay/mechanics require it. It's probably the reason why the game takes place 1000 years prior to the events in Skyrim.

But yeah, its still dumb, I agree with you.
You must log in or register to reply here.