searched, found nothing, lock if old...

Phil Fish, the indie games designer who broke onto the scene with his unpublished platformer Fez, today sparked anger by publicly deriding the work of Japanese games developers in front of a packed audience at GDC.

Following a GDC screening of Indie Game The Movie &#8211; a documentary about games design that Fish heavily features in &#8211; the Canadian Polytron developer took part in a Q&A discussion with the audience.

A standing ovation for the movie itself set the tone for an open and positive discussion about indie games with the audience, yet when an unknown Japanese developer took to the mic to ask a question, the mood visibly turned.

The Japanese developer praised the movie and said he was pleased to see how many independent developers had been inspired by games such as Super Mario Bros and Zelda since their childhood.

But when he asked what the panel thought of modern Japanese video games, Phil Fish (pictured) immediately replied &#8220;your games just suck&#8221; &#8211; a comment that sparked an audible reaction from the crowd, though some were cheering.

Others looked on awkwardly as the Japanese developer was then subjected to a string criticisms about game design flaws in his native country. The developer nevertheless thanked the panel for their response and returned to his seat.

After the Q&A many attendees were heard to be privately criticising Fish&#8217;s comments, though some went public with their complaints.
Click to expand...

Read the full article and more on people's reaction here


speedpop said:
I will try to create a decent bulletpoint complete with links to relevant posts. Yes, I am bored. Throw it in the OP if you wish.

I would like to thank GAF for being GAF and Koichi Sugiyama for composing Dragon Quest music.
Click to expand...

Well he would know about Japanese game development, he takes just as long as them to make games!
C

I'd rather play Vanquish, Mario or Cave Story than Fez.
S

At least their games exist.
B

What a dbag
A

This seems to be a common opinion of people who don't actually play Japanese games anymore. They just look at the most visible titles and assume they're awful and go on beating their chests.
L

whoa, that is outta line. not a joke?
C

eznark said:
At least their games exist.
Click to expand...

About what I was thinking. No doubt the overall quality of JP games has gone down but there are still many highlights.
G

Putting aside the validity of his message (which is entirely subjective), that was certainly mean-spirited and disrespectful.
J

We´ll see how Fez turns out then.
L

Why is one mean spirited statement from a random ass GDC guy a thread?
R

Only makes sense with people (with names, anyway) constantly inflating the ego of indie devs and overrating many of their amateur efforts.

(Speaking of which doujin games > indie games.)
A

hope his game's got more creativity than his shitty remark
K

From someone who took five years to make a 2D platformer.
A

Guy is an asshole. Even if he doesn't like Japanese games to just come out and say "your games suck" is an asshole move.
K

i guess some people don't have any class.
D

What a moron. To say an entire country's game library sucks is just idiotic.

I'll be the first to admit that the Japanese development scene isn't quite what it used to be, but there's still a lot of truly great stuff coming from the country.
N

Billychu said:
Well he would know about Japanese game development, he takes just as long as them to make games!
Click to expand...

Seriously though, they are far more advanced in technology, but seem to struggle with development. SCEJ and Nintendo both take ages to make games, and other Japanese based companies have been riding that Milk train for too long.

Because GAF praises his vaporware every chance we get.
E

He's not random at all. He's fairly well known. Moreso after this I'm sure.
D

Out-of-context that is a pretty dumb thing to say, but to say it to a Indie dev from Japan seems like a total asshole thing to do.
T

For the most part.

More accurately, he could say 'Your game development processes SUUUUUUUUUUUCK."
B

Who said japanese games suck? No really who is this guy? What a dick move.
M

first saying you can't play pc games on your tv and now this?

*it's a viral marketing campaign for his game*
S

Who the fuck would cheer that guy on? Internet=Large crowds that day apparently...
S

subversus said:
Others looked on awkwardly as the Japanese developer was then subjected to a string criticisms about game design flaws in his native country. The developer nevertheless thanked the panel for their response and returned to his seat.
Click to expand...

That could have been said more tactfully. Especially at GDC. I do think Japan game development has taken a hit the last couple years as they have fallen behind, but to broad sweep that all current games suck is ignorant.
M

Its the butterfly that sparks world war 3
R

It's kind of amazing to me that you can break onto a scene before actually releasing anything.
E

Did you even read the story? He was featured in the documentary that dealt with game development.
W

eznark said:
At least their games exist.
Click to expand...

"You man, I haven't even been able to publish my games, but all your games that people actually care pay to play suck"
G 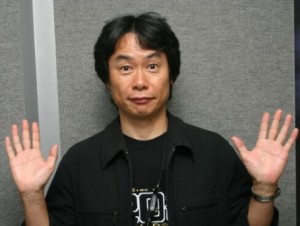 Isn't this the same idiot who said that Fez can't be a PC game because it needs a controller and a comfy couch?

LiK said:
whoa, that is outta line. not a joke?
Click to expand...

im sorry japanese guy! i was a bit rough, but your country's games are fucking terrible nowadays.
Click to expand...

this guy thinks he's so awesome. Indie game, indie movie... he's just too indie to play japanese developed games. The games he likes, you've probably never heard of them.
U

He made a quirky indie platformer. This automatically gives him cred times a million.
J

this is not entirely unsurprising. from speaking with him at length at PAX last year, he seemed a little...arrogant is the wrong word...aloof maybe? there was a quality to him that seemed like at any time he was only half-paying attention to what he was saying/listening and not entirely cognizant of the effect his words might have. he didn't say anything rude or disrespectful like in the OP, but i can't say this is 100% left field from my experience with him.

that said, fez seems like a great game and i'll reward it's greatness. not sure how i feel about the man behind it after this comment.

And then people claimed that Jonathan Blow was a douchebag...

What an unprofessional thing to say. Just terrible.

Pixel-Art in video games, not just some squares.