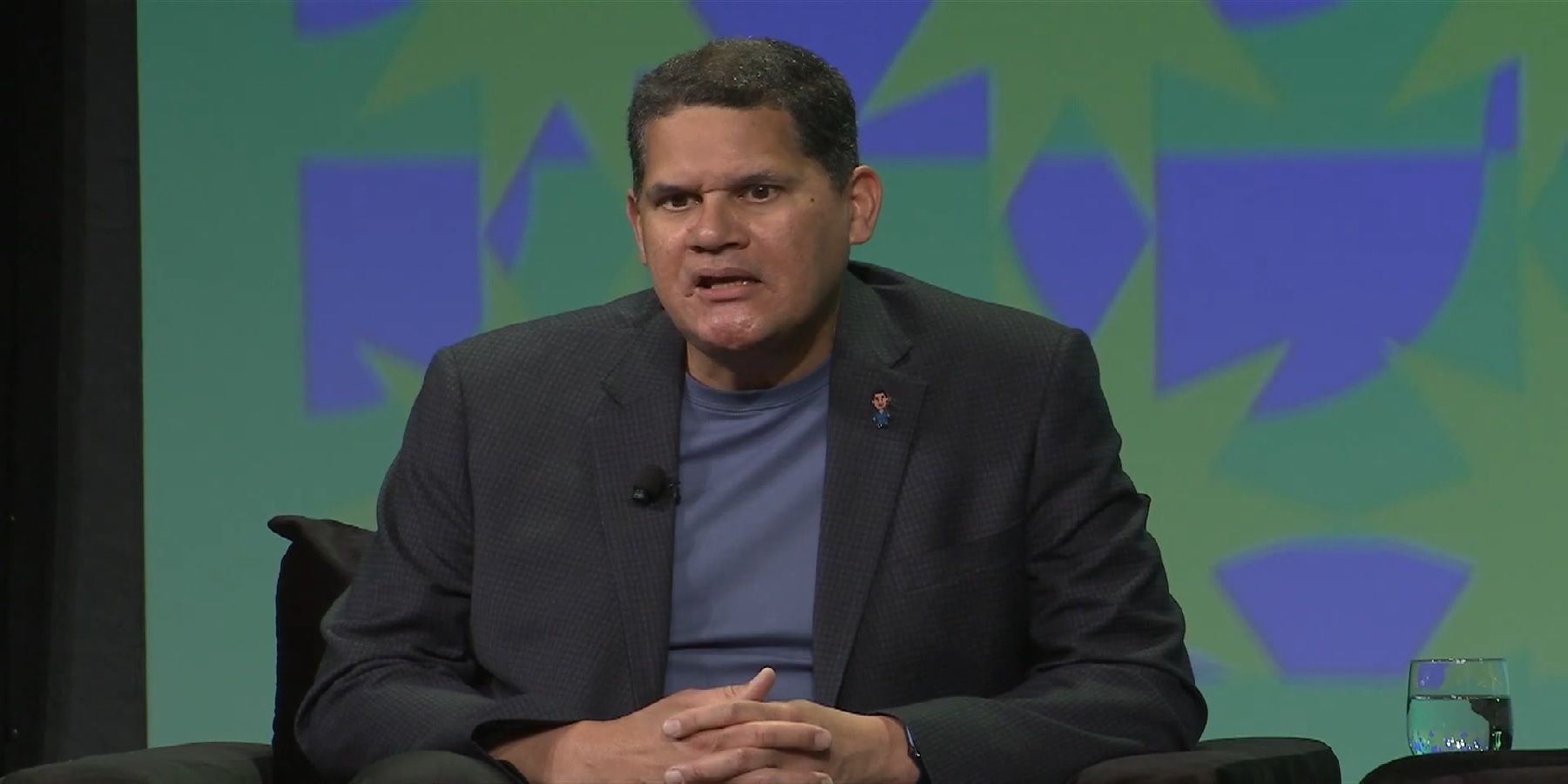 Reggie Fils-Aime states in that he is a believer in play-to-own technology and the blockchain, but he does have some concerns.

Recently, Reggie Fils-Aime was brought to speak on a panel at SXSW in Texas. Over the hour-long conversation, he was asked multiple questions about his career and opinions on the gaming industry. He brought up why he left the Fils-Aime discussed why he left the GameStop board of directors and commented on what he thinks of the blockchain and pay-to-own technologies that appear to be in gaming's near future. While the blockchain is often associated with NFTs, something that many gamers find to be a controversial and negative idea for the industry, Reggie seemed to speak solely on the technology that creates the blockchain.

"So I'm a believer in blockchain," Fils-Aime began. "I think it's a really compelling technology." He then went on to say that he also believed in play-to-own concepts within video games. Reggie's comments came from the perspective of a player. After someone has spent 50 to 100 hours in a game, he believes it would be great for them to be able to monetize what they've built if they're able to do so. He used his Animal Crossing: New Horizons island as an example and said that he would likely have some buyers even within the audience for it. Despite fan reaction to the idea of blockchain, Reggie is one of many gaming figures and companies that see a future in the tech. Ubisoft is heavily invested in NFT games and crypto through Ubisoft Quartz, for example.

Unlike Ubisoft, that has shown an interest in play-to-earn, Reggie prefers the idea of players owning what they create in games. "It needs to make sense for the player," he stated. "It can't just be an approach by the developer that it's interesting or it's a way for them as a development entity to make more money." Fils-Aime consumer focus has often stuck out to fans and made him as popular as he is within video games. Even after leaving Nintendo, Reggie's appearances at the Game Awards were met with great applause.

Still buying his book though.

If done right I don't see a problem

Basically he supports Blockchain but not NFTs. I think most people would agree.
You must log in or register to reply here.

Ex-NOA head Reggie Fils-Aime is neither for or against unions. Believes they are a symptom of a bigger problem.
2