Free Steam copy of Sequence ($4.99) for every single member of GAF [Last chance!] 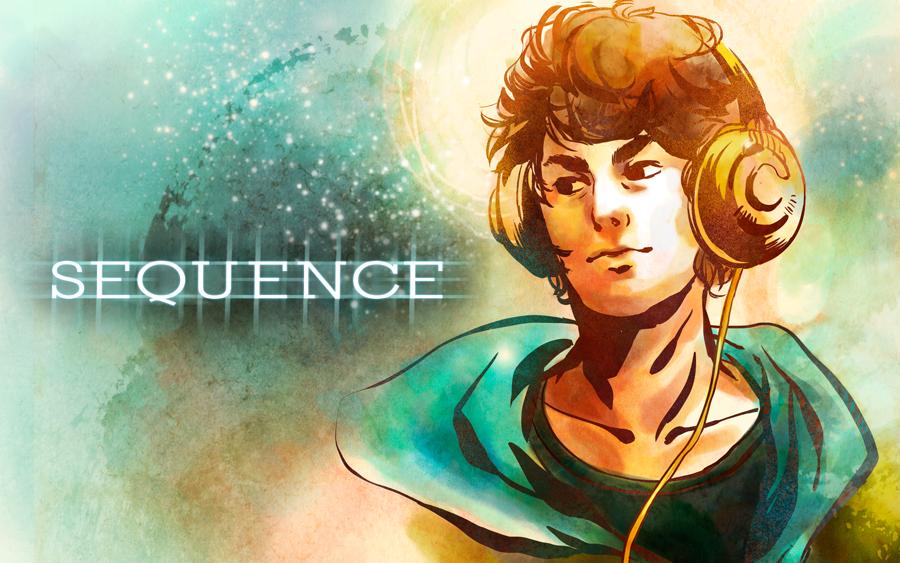 Upon the Steam release of Sequence (which should be sometime during the day on October 20th), I will be giving away a free copy to every single member of this forum. Every single one of you. Even you, Amir0x.

Why? Mainly, I suppose, as a way to say thanks. It was through NeoGAF that I first heard of XNA and the Dream Build Play competition, which initially got me working on the prototype that would become Sequence. And, more recently, it was a benevolent member of GAF (who has asked politely to remain anonymous) who helped me out with finally making the jump to Steam.

It's been a wonderful ride, and I'm not done yet. Iridium Studios is currently in pre-production of a second game, which may or may not be Sequence 2. (Seriously. It may not be.) It's all very exciting. = D

How It Works
If you want a key for the game, make a post in this thread WITH A TITLE. I don't care what the title is, just use one. Don't claim more than one copy! You may, of course, give or gift the key to a friend.

I will start distributing keys on the 20th, though as that's launch day, crazy bug fixes may come first. I expect the majority of keys will be given out on the 21st, via PM. I'll be doing this continuously until January 1st, 2012.

Can I still pay, somehow?
You may! Here's a rad Paypal donate button, which you may click and contribute any amount of money you so desire. Wait until the end of the game, and give what you think it deserves! But that said, please don't feel obligated to donate; I would rather you all play my game and have a good time than not. All funds will go directly to the development of our second game.

What the hell is Sequence?
Sequence is a crazy rhythm/RPG mashup with a soundtrack by Ronald Jenkees and a full, 10-12 hour story mode. You can head to the official thread here, check out our reviews trailer here, our how-to-play trailer here, and our official website here.

Thanks, everyone! And have a great time.

Edit: Sequence is, unfortunately, not Mac compatible. There are no current plans to port, but hey! Who knows?
F

You are an amazing man.

I hope you are eventually recreated in granite.
C

Awesome, I'm gonna donate when I can.
S

Seriously. That's awesome of you!

Very nice of you to do this
G

Great game, already have it on 360 but will defo gift a copy.

I shall give the game a try. Thanks!
B

I really like the idea of a rhythm based RPG, so I definitely want to check this out. Congrats on hitting Steam and thanks for being so generous!
G

there you go
C

if he talks about books, you better damn well listen

what an amazing way to promote a game!

This game sounds really cool. I would definitely love to give this a chance. Thank you!
R

thanks, I've never heard of this game before.
S

I'm in. Although might not have a chance to play it... I'll try to find some time to try it out (although I have a ton of backlog, not to mention some projects I'm testing out/making on my own too).
K

Always good to see a member of GAF doing what they love. =D
S

Awesome for you to do this man. Thanks Feep!
O

I was just gonna double dip on the steam version but now ill just donate to you. Great game!
T

It's always cool to see projects from people here on Gaf. Will try and check out your game as soon as I can.
D

I'll be sure to donate or at least buy and gift the game to somebody else.

This must be a GAF rouse lol

Can't wait, was looking forward to this!
W

Thank you very much! Can't wait to give it a spin
D

Ok, Thanks!
But I won't be donating as that would be buying and I have no need to buy a PC game when console games are superior.
K

Awesome of you to do this.
T

Thanks for being so generous.
S

Many many thanks for this!
K

How nice of you!
J

You're an awesome dude.
J

Please and thank you

No. I will buy your game.
S

Incredibly generous of you. Donation when I get paid again.
C

and so are you. Thanks, dude.
J

Thanks and here's to hoping your sales are in the millions!
P

Thank you good sir. And I do believe I will have a good time =)
V

Pretty cool of you OP.


morningbus said:
No. I will buy your game.
Click to expand...

This ish crazy. Thanx dude.
You must log in or register to reply here.

Steam Deck...a retro gaming banger handheld? Who here on GAF has one?
2 3

Griffon replied
Dec 19, 2022
Google partners with AMD to bring the Steam platform to Chromebooks and ChromeOS.

Days like these... replied
Dec 13, 2022
SUNSETTING THE BETHESDA.NET LAUNCHER & MIGRATING TO STEAM

winjer replied
Feb 22, 2022
Why are completion percentages for single player campaigns so low?
2