It can be from any region, I had Battle Mania Daiginjou on my list.
E

Not too sure about the order (it's really tough to decide) but here goes:

Honestly, Pirates! Gold and Shadowrun frequently switch places for me, since I like them both so much. Pirates! Gold is a really great version of Sid Meier's classic game, with various usability improvements like an in-game map and the removal of some annoying capture scenes. Shadowrun is a great attempt at translating the P&P RPG experience, with plenty of randomly generated events and missions, providing a surprisingly dynamic and open experience. Sonic 3 and Knuckles was bigger and more varied than the previous entries, with some nice set-piece moments, and I quite liked how differently the characters played. Streets of Rage 2 is probably one of the greatest beat-em-ups out there, and unlike its kin in the genre, it actually holds up pretty well to this day due to its special moves and varied environments. Shinobi 3 is a well done fast-paced action game, backed by a fantastic soundtrack and nice visuals.
S

Crazy difficult to narrow it down to 10 and then order them. Seems as though I missed playing a whole bunch of well loved games as well, may have to return to the system one day.
F 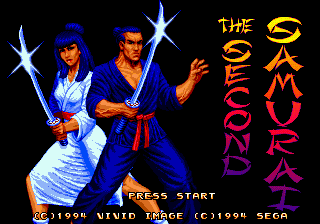 My favourite games on the genesis ( megadrive here ) are ones i actually owned as a kid, nothing fancy like these rpgs and such.
1. Sonic 2
2. Rocket knight adventures
3. Streets of rage
4. Road rash 2
5. Streets of rage 2
6. Tony toons
7. Street fighter 2
8. 2 crude dudes
9. Speedball
10. Skitchin
D

In this order (best to least)

1. Sonic and Knuckles
2. Streets of Rage 2
3. Ristar (note: sad to see this game overlooked by some. It would've been extremely popular had it not been released so late in the Genesis' lifetime)
4. Sonic 2
5. Revenge of Shinobi
6. Gunstar Heroes
7. Sonic the Hedgehog
8. Streets of Rage
9. Shinobi 3
10. Battletoads And Double Dragon: The Ultimate Team
M

I wish this game came here in the US.
B

List what you want from whatever region, I'll still count it.

There's a complete list at Wikipedia that includes games released in all regions: https://en.wikipedia.org/wiki/List_of_Sega_Genesis_games
J

gotta try that second samurai one


KalBalboa said:
I noticed this happening with the 16th anniversary of the Dreamcast this year, which was the same day at the Playstation's 20th. It felt very "Me too!"

Anyway, I need to cultivate my ten. Let me get on that.
Click to expand...

eh we barely had a thing for it this year, vs the 15th last year...was there even a thread?
not like DC doesn't deserve it though...


KevinCow said:
So 1 and 2 are going to be Sonic 2 and Sonic 3&K, right? Skimming the lists, it looks like it to me. But which order, that's the question.
Click to expand...

Brought back some good memories thinking about these games. Need to play some of them again, maybe this weekend.
F

Glad someone had General Chaos in their top ten! I bought the multi tap for that game @ funcoland, still have it and four controllers.

Sadly did't have and can't remember any more games than that.
S

Motherfucking Sonic 3 & Knuckles as number one for sure. I didn't play much Genesis at all and won't pretend to make a full list because it'll just be Sonic, but I want to throw a number one vote at one of my all time favorites.
K

Knowledge is power, guard it well

Fiveshift said:
Glad someone had General Chaos in their top ten! I bought the multi tap for that game @ funcoland, still have it and four controllers.

Sadly did't have and can't remember any more games than that.
Click to expand...

Wanted to put General Chaos in my list so so badly, but I just couldn't find the spot. I used to wreck shit with the 2-man Commando squad.

I should probably go back and kick something out to get it in there.

Man, how did I almost miss this thread for an entire week.
Haven't played a lot of Genesis games (for instance I never played the Phantasy Star games yet, so I can't vote for those in good conscience), so here's a pretty mainstream list I suppose:

Those days were back when I used to play sports games, and man were there some good one on the Genesis.
N

Ok, my list of based on me playing then when it came out, so not a lot of the hidden gems will be on here. As a kid these where my favorites and I still enjoyed then replaying them.

1. Shining Force - got me hooked on SRPGs. Really like the promotion system and spent forever playing my first time through. Then I realized I could Egress and grind. Played it again on the GBA when it released and still enjoyed it, as well as on the Genesis Collection on 360. Probably my most played Genesis game.

2. Decapattack - rented this not knowing what it would be and enjoyed it a lot. Was one of the few games I beat when renting it and still bought when I found it.

3. Sonic 2 - everything with this game was better than Sonic 1, IMO. Tails was a cool sidekick and the Casino Night Zone was one of the coolest levels ever. This game actually made me feel OK not owning a SNES and SMW at the time.

4. Streets Of Rage 2 - loved the music and characters.

6. Shining In The Darkness - a dungeon crawler and in the same universe as Shining Force. Came out earlier, but didn't play it til later. Thought for the type of game it was a little easy, but still a good time.

7. Quackshot featuring Donald Duck - a Disney game not by Capcom that is good. Like using your weapon to also platform. Fun times.

8. Phantasy Star 3 - really enjoyed playing through more than one character. Also the first Phantasy Star I played, somehow playing it after FF3 even though u didn't own a SNES at the time.

10. John Madden Football - I don't know what the yellow tab is for, but no SNES games had it and the game was only on the Genesis, so it must have helped make that game what it was.

There are so many good games on Genesis, BioHazard Battle, Landstalker, Road Rash, Tiny Toons Busters Hidden Treasure, Contra Hard Corps, Mutant League Series, and more that could be on this list, but back in the day these were probably my favorite ten. At least I have very fond memories of them and still occasionally play them.
J

Everything about the original, but better. Catchier (Michael Jackson!) music, richer graphics, better-developed gameplay with more power-ups and "cinematics" and interactive elements. Plus the whole lock-on concept just felt stupidly cool, especially when you threw a Game Genie into the mix. 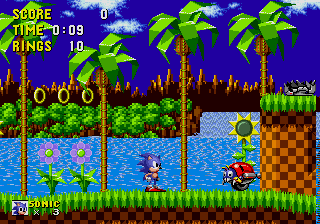 The second video game I ever played, and it still holds up today (I just beat it again recently on iOS). Ridiculously fluid, vibrant, and melodious, with diverse environments, brilliant bonus stages, and a killer core concept that people still clamor for almost a quarter-century later. 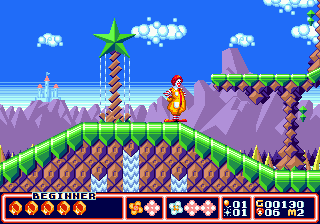 It looks so silly at first glance, but Treasure's adver-game proved one of the most ambitious titles on the system. Defined by bizarre enemies and manic, fever-dream level design, featuring everything from haunted world-trees to shadowy conga-lines of ballerina bunnies. Expansively imaginative, this game always felt like an epic journey even if it could be beaten in a half hour or so. Such a wide range of worlds to explore, with an evocative score, creative boss battles, and charming sound design. 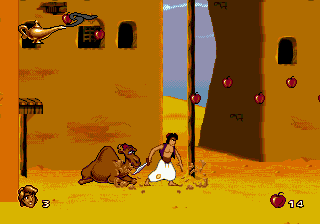 An excellent conversion of the film, retaining the wit and visual gags with a challenging platform design spanning long and complex levels, plus a nice assortment of bonus games to mix things up. Not quite as faithful to the film's tone, but makes up for it with great music, colorful environments, and a cool African-inspired interface. 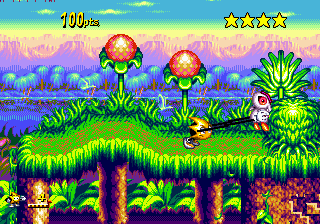 A nifty platformer with some unique gameplay mechanics.

My first fighting game was the original 2 v. 2 Power Rangers title, but this sequel expanded its scope markedly with a full-fledged campaign across multiple large environments and an assortment of bosses. I'll admit, I never got past the first level, but that's what makes this such an infamous title, right?

My first ever video game. Lacks the charm of some of these other title (especially Sonic, which was a well-deserved replacement launch title), but you'll never forget your first.

Haha nice, I thought I'd be the only one to say MMPR: The Movie.

This game was worth it alone for the awesome soundtrack.It was TV show's score remixed for the Genesis, and it was well done too.

I hope I'm not too late.

Post 385 is the last I'll count. I should have the results soon. Still not sure if I should post it here or in a new thread.
V

SevenDevils said:
Post 385 is the last I'll count. I should have the results soon. Still not sure if I should post it here or in a new thread.
Click to expand...

Thanks! I would think a new thread for discussion but I'm not sure of board regulations on that.
V

My first ever video game. Lacks the charm of some of these other title (especially Sonic, which was a well-deserved replacement launch title), but you'll never forget your first.

People like to crap over Altered Beast for not being a good game, but I remember playing it for the first time and being blown away. After years of playing on the NES, Altered Beast was a graphical revelation. It was simply amazing. For the first time the actual look of an arcade game was now possible on a home console. My friends and I played it endlessly.
B

If a mod can lock this I'll post the results in a new thread. Gracias!
M

Oh God. I loved Castle of Illusion so much that I ran out and bought Fantasia day one.

I was so disappointed.
N