Still my favorite console of all time.

The order changes depending of the day.

Georgia, but moving to Virginia

Road Rash and Gaiares are at the top of my list.
L

Should be noted that the top 4 are among some of my favorite games of all time with SF2 being my favorite.

I noticed this happening with the 16th anniversary of the Dreamcast this year, which was the same day at the Playstation's 20th. It felt very "Me too!"

Anyway, I need to cultivate my ten. Let me get on that.
S

There a lot of great games in the OP list that I played on Amiga only, so I've left them out. Here's my gut reaction list:

The order is mutable save PS2 at #1, as that is one of my favorite games of all time.

And you know what all these games have in common? They weren't on any of the recent Top 100 games of all times lists by Edge and IGN. Man that just irks me.
I

Special mention to this delightful piece of shit that I love and hate:

bishopcruz said:
And you know what all these games have in common? They weren't on any of the recent Top 100 games of all times lists by Edge and IGN.
Click to expand...

The rest of my list among games I've played enough that I feel like I can rank them:

If we're not repeating game series, then this would be my top 10:

Best I could muster, but I hate settling on just ten.

Gunstar Heroes - if someone asked me what my favorite game of all time was from the day I played this in the early 90s until now, this would be the answer. I don't think I need to say any more.

Alien Soldier - obviously did not play this when it was new because it didn't come out in NA, but it's an incredible game all the same. A tough learning curve, but I can't think of a 2D sidescroller that gives you control of a more powerful player character. It's everything great about Genesis action games.

Contra: Hard Corps - total insanity to me that Contra 3 gets far more recognition than this. It's the best Contra game. Hard as balls, but fair as you have plenty of tools like the slide and general bullshit from Browny if you use him. The branching paths make it great to replay, I don't really consider myself a speedrunner but there was a time when I liked this game enough to speedrun/1 life it on certain paths. Music is extremely badass too.

Thunder Force 4 - I didn't play this until this year, when I found it at a yard sale (as Lightening Force). I couldn't put it down, it's a tough challenge but not impossible and is just really well designed. It has that 'magic' to it. Oh and one of the best game soundtracks I've ever heard helps a bit.

Rocket Knight Adventures - found this one in a Blockbuster bargain bin when I was a kid. There were ads in comic books that made it look cool and it was $5 so why not. Best $5 I ever spent.

Phantasy Star IV - Honestly if you like RPGs and haven't played this you kind of suck.

Sonic 2 - mostly a nostalgia thing I guess. Probably played this more than any Genesis game.

Shining Force 2 - been a real long time since I played it, but I loved it back then. I might give it another run through.

Shinobi 3 - Not much to say, just a kick ass game.

Streets of Rage 2 - I'll be honest I haven't played it all that much. But I've listened to its soundtrack more than I've played a lot of games.

I still haven't played Castlevania Bloodlines, I'm saving it for next week. Castlevania in October is kind of a thing I do.

I LOVED Road Rash 2 as a kid. Haven't gone back to it since then, doubt it holds up much though.

My honorable mentions are Golden Axe, Flashback, an Altered Beast.
Click to expand... 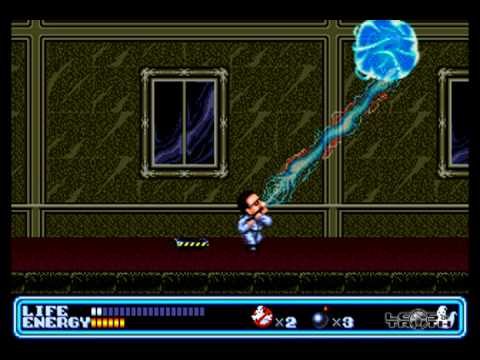 This is my top ten - which changes depending on what day you ask me...except MUSHA:

This thread shows me how much more I have to explore of the Genesis library.

Ristar is worth it just for the aesthetics. I don't care for the gameplay (many, many people do!) but it's just so gorgeous and fun to look at.
C

entrement said:
This thread shows me how much more I have to explore of the Genesis library.

Mega Turrican?
That one is good too.
K

Knowledge is power, guard it well

I think this is my order:

Me thinking of all the classics I had to omit:

I'm not doing 'Honorable Mentions', because it'd be like 20 games.

Shout out to Air Buster, it just couldn't fit into my top 10, but I loved it to death.
F

My memory is very rusty when in comes to Genesis games, and I haven't played all of the classics, despite having had a system when it was current, and having like 3 versions of the Sega Genesis collection. That said:

My top ten MD games would be:

Story of Thor is simply one of the finest Action RPG's in the history of video games. Only Zelda 3 outstrips it imo
M


entrement said:
This thread shows me how much more I have to explore of the Genesis library.

Ristar is my favourite platformer of all time. It's such a joy to play through.


Sir_Crocodile said:
Story of Thor is simply one of the finest Action RPG's in the history of video games. Only Zelda 3 outstrips it imo
Click to expand...

Celine said:
Mega Turrican?
That one is good too.
Click to expand...

I played that one incidentally. One of the first Genesis games I played.

The Renovation games and SHMUPs as well.


Damn the Genesis had some great games. It was tough to narrow it down to ten and even tougher to place them in a 1-10 list.
L

entrement said:
This thread shows me how much more I have to explore of the Genesis library.

I am Christina Aguilera

1. Sonic 3 and Knuckles
2. Castlevania: Bloodlines
3. Shining Force
4. Beyond Oasis
5. 6-Pak (Hey, you listed it -- Sonic 1, SOR1, Revenge of Shinobi, and Columns in one cartridge??)
6. Streets Of Rage 3
7. Toejam And Earl 2: Panic On Funkotron
8. Zombies Ate My Neighbors
9. Monster World IV
10. Mega Man: The Wily Wars (even if they forgot to resize Proto Man, they're acceptable 16-bit upgrades to three of the best games ever made, now with saving)
K

So 1 and 2 are going to be Sonic 2 and Sonic 3&K, right? Skimming the lists, it looks like it to me. But which order, that's the question.
Z

KevinCow said:
So 1 and 2 are going to be Sonic 2 and Sonic 3&K, right? Skimming the lists, it looks like it to me. But which order, that's the question.
Click to expand...

Sonic 1 should really be at the top of the Sonic games. The best by far IMO. The other games focused too much on going fast and various gimmicks rather than crafted and polished level design.
M

The OP is a bit confusing to me. Is this strictly a NA list? No Mega Drive allowed?

edit: all you people voting MUSHA over Truxton are criminals

musha is way more popular, probably due in part to its market value :/ it is really good though. i think i agree that truxton is better.
H