The Megadrive isn't a console I go back to very often, but Streets of Rage and Phantasy Star will always have a place in my heart.
J

1. Phantasy Star 2 - unforgettable, groundbreaking JRPG
2. Sonic the Hedgehog 2 - perfect platformer
3. NHL '94 - most fun sports game ever
4. Gunstar Heroes - one of the most intense action games to this day
5. Streets of Rage 2 - best ever beat 'em up
6. Street Fighter 2 CE - as close to arcade perfect as you could expect
7. Shining Force - showed how great SRPG could be
8. Contra: Hard Corps - the best Contra game
9. Flashback - blew people away, not just the rotoscoping either
10. Gaiares - so many good shooters on Genesis, had to have one

picking only 10 is brutal
B 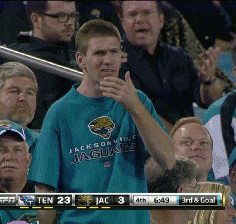 I've only read the first page and where is Wonder Boy in Monster World in these lists?
Click to expand...

It'll be fun to see what the results are gonna be for this. Loving all the Phantasy Star mentions so far My list:

2. Phantasy Star 4 - the biggest and baddest RPG on the platform. The manga-influenced cinematics still look great, the electronic inspired soundtrack was awesome, and the characters were memorable. Only problem is that it was a bit on the easy side compared to the other PS games.

3. Gunstar Heroes - may very well be my favorite run n gun ever... it's just oozing with creativity. From the dice maze, to the memorable boss battles (Seven Force) to the frantic 2 player mode...

4. Sonic 3 and Knuckles - the height of the Sonic series, some of the most amazing visuals and music on the platform.

5. Streets of Rage 2 - I'm not really a beat-em-up guy but this game is spectacular... such a great leap over the original, and one of the greatest soundtracks in gaming history. I'm willing to bet it's because of the SOR series that I love house music so much.

6. Shining Force 2 - the original was my intro the SRPGs, this game takes everything great about the first one and adds to it. Creative battles (like the battle on the chess board), a long quest, with plenty of characters to join you and a story filled with twists and turns.

8. Rocket Knight Adventures - best game starring Sparkster, it's got great boss fights, catchy music, clever level design (the level where you need to use the reflections of the platforms to guide you is great), and a unique steampunk aesthetic.

9. Shinobi 3 - aesthetics are on point, and the game ditches the slower-paced style of the others for a more nimble and agile character that is very fun to play.

10. Air Buster - a fairly orthodox shooter, but it's got an appealing atmosphere and soundtrack.

One of my favorite libraries of all time and seriously underrated.
F

djtiesto said:
It'll be fun to see what the results are gonna be for this. My list:

One of my favorite libraries of all time and seriously underrated.
Click to expand...

lol holy shit our lists are so similar
Sorry for the double post!
I

RMI said:
I played a lot of this. it was super fun with a friend.
Click to expand...

Glad to see it wasn't just me! I also saw someone else put it on their list, its definitely an under appreciated gem on the Genesis .
P

Back to an era were my taste wasn't yet developed and I liked every shit I play.

Whilst I'd played games before it, the Mega Drive was my first real console (which I got for my 8th Birthday) and what really kicked off my love for gaming. Such fond memories of those games and of that time, really need to replay some of them.
A

Boy that was harder than I thought it'd be (hence all the honourable mentions), although as a Mega Drive collector I guess it was always going to be. Such an incredible catalogue of classics and obscure gems.
R

1. Toejam and Earl - still throw it on every now and then, one of the best chillout games ever. Magic.

6. Another World - a solid conversion with nothing really lost from the Amiga original.

8. Mutant League Hockey - I feel like it's the best hockey game on the system, NHL 94 may have a real life setting but it's just slightly less fun to play.

9. Desert Strike - does a really great job of setting the scene and making you feel like you're a combat pilot with a job to do.

10. Gunstar Heroes - comes a little lower in my list than some people. Although I do love it I just don't find myself playing that often.

Mega Lo Mania - I love Sensible games so I was kind of drawn to it, and they did an excellent job of handling the mouse to joypad conversion.

Speedball 2 - I just love Speedball 2, and this is a near-perfect conversion. I prefer playing on a Megadrive pad to playing with a joystick.

Starflight - I can just tell this is packed with goodness, but I also know I haven't scratched the surface yet as I've only put a couple of hours in. It's one I'm definitely going back to and then it might make my top 10.
A

Paring down my list, so far what I have, will make final ordering and cuts in a minute:

Haven't played any of the Phantasy Star games or classic SHMUPs like Thunder Force 4 or Herzog Zwei.
E

Only counting originals, since arcade ports were beaten by their source material (yet still fantastic). Shadow Dancer is the exception to the rule because it was not only way better than the arcade version, but had little in common besides the dog partner.

Neff said:
Only counting originals, since arcade ports were beaten by their source material (yet still fantastic). Shadow Dancer is the exception to the rule because it was not only way better than the arcade version, but had little in common besides the dog partner.
Click to expand...

Golden Axe is a case where the port was superior to the arcade original. Same with Mercs by Capcom.
K

ElTopo said:
Golden Axe is a case where the port was superior to the arcade original.
Click to expand...

ElTopo said:
Golden Axe is a case where the port was superior to the arcade original. Same with Mercs by Capcom.
Click to expand...

I'm not so big on Mercs either way but the Mega Drive version of Golden Axe is vastly inferior imo despite the extra features.

This thread made me realize that I didn't play nearly enough Genesis games.

Loona said:
Alisia Dragoon - I didn't actually get to play this, but my GF likes it, so mentioning it for her
Click to expand...


Neff said:
I'm not so big on Mercs either way but the Mega Drive version of Golden Axe is vastly inferior imo despite the extra features.
Click to expand...

Arcade version of Golden Axe looked a little prettier and had a few extra frames of animation but the added features to the home port ( I.E. the extra level, the horde mode, being able to play with 5 units of health instead of 3) set it above the arcade original.
P

Didn't have a lot of games but these are the ones I can remember best. Local coop use to be so good.
M

DryvBy said:
Whoever picks Altered Beast is a fool, I tell you. That's not a good game and never has been.
Click to expand...

Yup. You can tell they're people who didn't actually own a Genesis and play their actual good games.

I've only read the first page and where is Wonder Boy in Monster World in these lists?
Click to expand...

There are so many Megadrive games I love that I've probably forgotten something really obvious. Top 5 are definite, the rest will probably change when I remember some amazing game I forgot about
G

I should try my Genesis to see what still works. :/

Oh hell no. That game is fucking impossible.
You must log in or register to reply here.