Anybody can recommend any bands that does catchy electronic with minimal vocals?
P

Defuser said:
Anybody can recommend any bands that does catchy electronic with minimal vocals?
Click to expand...
capsule
C

Defuser said:
Anybody can recommend any bands that does catchy electronic with minimal vocals?
Click to expand...
De De Mouse:
My Favorite Swing
Journey to Freedom
B

Defuser said:
Anybody can recommend any bands that does catchy electronic with minimal vocals?
Click to expand...
COPTER4016882
F

NaughtyCalibur said:
Nowadays I'm more of fan of JRock/Rap/R&B/Techno and probably some other genres that are slipping my mind right now. I propose the threat title get changed to just "J-Music |OT|" so it's not as narrow. Anyway, here are some of my personal favorites.
Click to expand...
There's already a J-Music thread.

Great thread. I've been needing recommendations ever sinc the Ouendan series stopped com g out to introduce me to new artists.

As for recommendations (can't post lnks from my phone,) Rina Aiuchi and Yui are both pretty good.

I'm nt a big fan of Utada in that the only songs ice liked of hers were in thevKijgdom Hearts games, but she might be another hit or miss queen like Namie Amuro.
U

Blablurn said:
did anyone listened to the utada hikaru live concert in new york? the way she speaks and everything... terrible. she sounds like a idiot haha.
Click to expand...
I was at her concert in Chicago, no more than 50 feet away from her, and it rocked. It's hard to judge a concert watching it on a computer screen. She was phenomenal, and her singing voice live rivals her voice on CD's. Plus she just plain knows how to entertain from the opening to the encore.
M

cloudwalking said:
is anyone else listening to MAA's debut album?

i just caught wind of it the other day, and i love it! it's definitely one of those albums where you don't have to skip over any tracks. ghost enemy is my favourite.
Click to expand...
She's the "Japanese Lady GaGa!!"

:/
Click to expand...
I always considered Ayumi the "Japanese Lady GaGa" if only because of Poker Face single.
S 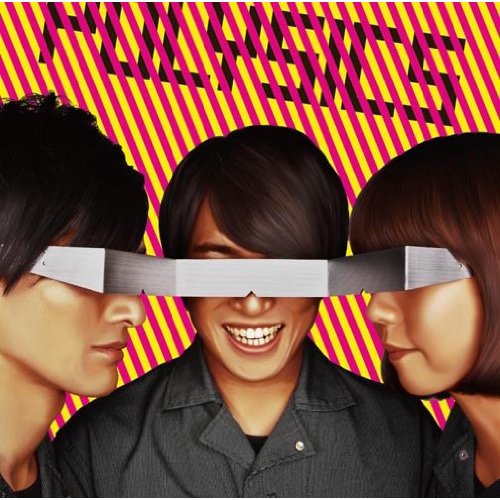 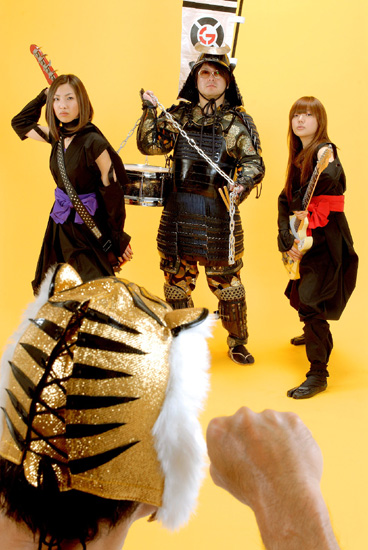 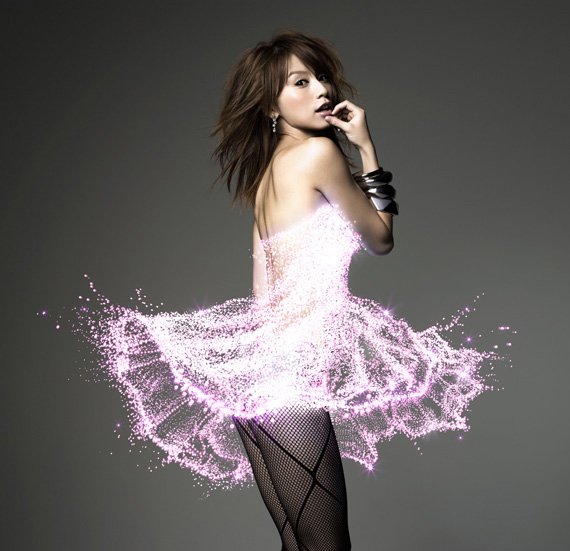 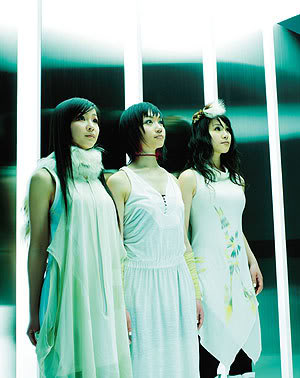 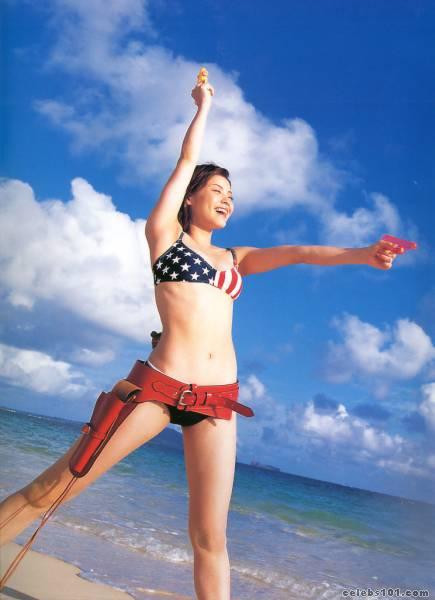 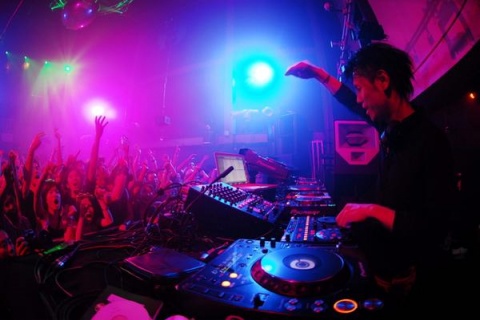 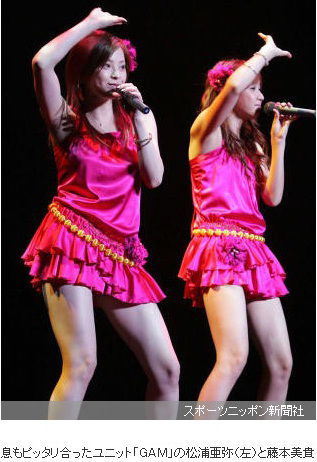 
and them  not because of the music (ok it is fun but not awesome) but because
1. they belong into every jpop thread and
2. because i LOVE there old specials (field trip etc.) i whas laughing my ass off. They are way way to funny! 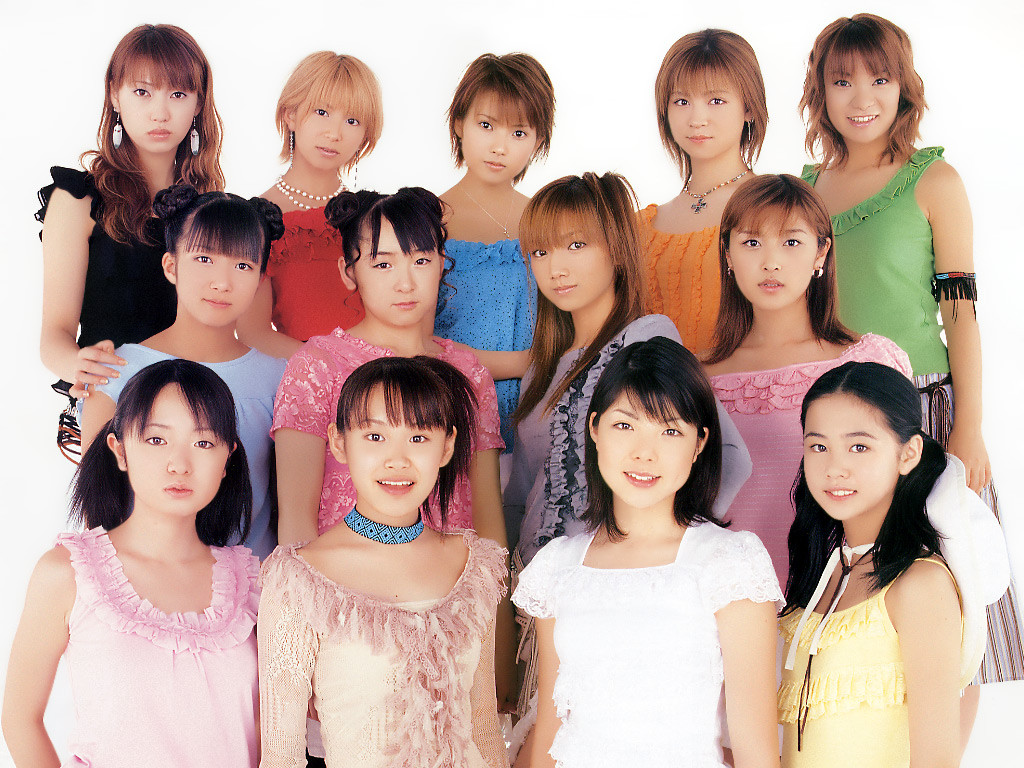 Flek said:
and them  not because of the music (ok it is fun but not awesome) but because
1. they belong into every jpop thread and
2. because i LOVE there old specials (field trip etc.) i whas laughing my ass off. They are way way to funny!
Click to expand...
Agreed, Morning Musume were always great entertainers. Especially in their early days (first few gens). The current stuff needs to be killed with fire though.

Link1110 said:
As for recommendations (can't post lnks from my phone,) Rina Aiuchi
Click to expand...
It's a shame she retired
F

i looooved yaguchi mari. when she left the group died to me.
F

I had a weeaboo stage in my youth as well, but this was during a period where anime was incredibly hard to find stateside (fan subs on VHS or nothing). I didn't know anyone else that knew what anime was. I was a weeaboo during a time when the term weeaboo didn't exist. I'm thankful for that. The Japanese music I found wasn't what some anime theme song told me to listen to. Had to dig deep to find anything worth listening to.

Anyways, I have a few artists that have stuck with me.

Probably my favorites are the following, in no particular order:

It's been a damn long time since I listened to Supercar. They're just so damned good.

Also, I would in general not agree with the statement that Kpop > Jpop. The only two bands in Kpop that are actually enjoyable are Clazziquai and Deli Spice. Well, I mean enjoyable from a musical perspective.

Defuser said:
Anybody can recommend any bands that does catchy electronic with minimal vocals?
Click to expand...
Supercar may fall into this as well with some of their stuff.
Supercar - Wonder Word
Supercar - Yumegiwa Last Boy
Supercar - White Surf Style 5 - This is one of the best PVs ever :lol
U

If not for Free Free alone.

And I do miss mflo. I guess they got tired of doing what they were doing. Cosmicolor was great though, I think they should have stuck to the formula. That CD got crazy spins in my car.
J

JeffDowns said:
Came in this thread to give the OP props for creating it, read this, and all I can do is shake my head. Seriously?
Click to expand...
She isn't a technically proficient singer. Her range and breath control is just awful.

Nevertheless, her tone of voice is pleasant enough to overcome most of her technical shortcomings. It's also quite refreshing to see someone like her in a industry of micro-managed pop idols.
H

If not for Free Free alone.

http://www.youtube.com/watch?v=60rWTP0FrVc
Click to expand...
True, though I always preferred Super Music Maker (SA'08S / A Mix). It seemed the catchier song.

Pein said:
capsule
Click to expand...
Holy shit this is some great stuff!!

How broad is the definition of J-Pop? In the broadest sense it covers all mainstream muisc, no? (be it J-pop, j-rock, soul, etc.). When I hear the name j-pop, images of girl/boy groups and music from anime series, are what pops into my head, but it's obviously not only that.

Would you say that a singer-songwrite like Shugo Tokumaru falls under the J-pop umbrella?
Click to expand...
D

J-pop song of the forever!

JeffDowns said:
You speak truth sir. Though, Dolce >>> Supreme Show.
Click to expand...
Truth. I really can't get into albums that are 100% Nakata. The songs just blend together and become monotonous. Dolce had just the right mix of Nakata + other producers.
U

Johann said:
She isn't a technically proficient singer. Her range and breath control is just awful.

Nevertheless, her tone of voice is pleasant enough to overcome most of her technical shortcomings. It's also quite refreshing to see someone like her in a industry of micro-managed pop idols.
Click to expand...
It's funny you mention that, because I think that's what makes Hikki so special. She doesn't go by the book of what it means to be a technical singer.

She has her own, completely unique style of singing, including tempo, and breath patterns. I think this is what makes me and others like her so much. Her style is unorthodox. It's like watching a good left handed basketball player dominate a game.

To each his own I guess, but I felt that needed to be said.

This thread reminded me to put a preorder in for the next Koda Kumi releases, and while doing that I noticed that there was a Anna Tsuchiya CD I hadn't bought.
D

Plus the greatest Japanese band: 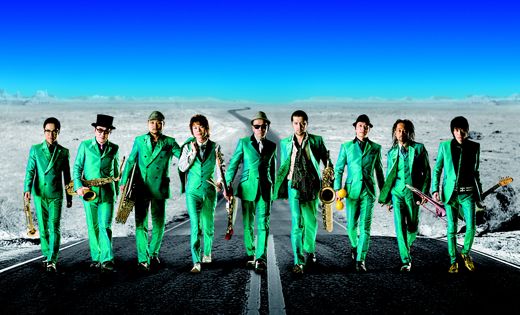 So badass, Cowboy Bebop had to base some characters off of them!

Human_Shield said:
Favs:
Shiina Ringo/Tokyo Jihen
M-flo
Halcali
Do As Infinity
Tommy Heavenly6/The Brilliant Green
SCANDAL (who I think is this generation's ZONE)
Click to expand...
How was I able to forget Halcali?!

Namie's new tour comes out on BD/DVD this week <3 Some people have already gotten their copies.

Hip-Pop, Style, and Play are all getting re-released as BD as well
D

some other stuff, not all jpop

Might sound selfish but one of the aspects of being into J-Pop (or any foreign music) that I love is, by not being played on the local channels, you've basically got a world of instantly listenable high production value mainstream music to discover on your own and enjoy in whatever capacity suits you. It's amazing how even the most obviously "engineered to be a hit" music remains tolerable for extended periods of time when it's not pushed upon you to the point of over saturation. Personally J-Pop helped me find an appreciation for pop music that eventually extended back to domestic mainstream and made me realize how much quality music I missed out on by being an elitist prick (it's all good though since it all remains available for me to enjoy).

Although I appreciate and occasionally listen to the alternative stuff like SUPERCAR or Quruli, not being anywhere near proficient in the language (more like 3-year old's conversational level) I tend to gravitate more towards the lighter stuff so most of my recommendations will be in this vein.

Kaori Natori - been around since the mid noughties; rooted in the R&B/urban pop school of music; recently joined the duo Spontania; fell in love with her attitude and dramatic looks:
http://www.youtube.com/watch?v=wBypyTLYqRA

Kana Nishino - definitely the queen of teeny bopping girly girl pop for the past year or so; backed by a foreign production team her music sounds "current" even by rest of the world's standard, though the style all too quickly became anchored in the sappy pop'n'b ballad formula (more variation please); very uncharacteristic for a Japanese girl act she's found fandom with the female audience thanks to heavy marketing towards the Gyaru (Gal) subculture:
http://v.youku.com/v_show/id_XMTUzNDEzNTEy.html
http://v.youku.com/v_show/id_XMTM2MTA3MDYw.html

Jasmine - striving to become the Japanese Kellis it seems; I like her trashy side but I'm afraid she just doesn't have the voice for the "big" ballads she's been attempting:
http://www.youtube.com/watch?v=BiGf3vJAudA

There's loads more that I enjoy and would like to recommend if I wasn't in a hurry to catch some z's right now. Will try to think of some dudes next time (hint).

Oh and as long as we are posting really old (pre J-Pop) music:
http://www.youtube.com/watch?v=EAoPBVeNFAk
This lady subjugates me like no other.
G

True, though I always preferred Super Music Maker (SA'08S / A Mix). It seemed the catchier song.

Gackt really is my huge guilty pleasure when it comes to music, I really do enjoy the majority of his music. Mars really is a masterpiece.
?

UVERworld even though they aren't pop, is the only J-Rock band I love along with The Pillows. I've listened to some other bands but these are the only two I still listen to often.
D

I don't listen much to j-pop, but one band is one of my favorites, it's called School Food Punishment

Their music is kinda rock mixed with very electronic sounds and a very noticeable bass/piano, they're awesome, and the vocalist has a beautiful voice.

Dante23 said:
I don't listen much to j-pop, but one band is one of my favorites, it's called School Food Punishment

Their music is kinda rock mixed with very electronic sounds and a very noticeable bass/piano, they're awesome, and the vocalist has a beautiful voice.

And of course I'll listen to the standbys like Gackt, B'z (Bad Communication <3) or Ayumi every now and then as well.
C

Another obscure band I'd like people to know more is Kuchiroro. They have this awesomely eclectic hip hop sound with electro and jazzy influence, it's quite criminal they don't get more exposure.

Gotta respect that.
B