For those out of the loop, Kim Kardashian: Hollywood is an extremely popular new game that is still the No. 2 app in America - and it's revenue performance is stunning. The app hit the top 5 iPhone sales chart in America in just six days and its still there. It is a top 10 grossing iPhone app in 31 countries, from Brazil to Egypt to New Zealand. The game is so popular that it has boosted the share price of Glu Mobile by 50% since June, adding more than $100 million to its market cap.

The game is also set to generate 200 MILLION DOLLARS in just 6 months (and in which Kim Kardashian herself is reportedly expected to pocket 85 MILLION DOLLARS)! To put things into perspective, Electronic Arts free-to-play mobile game The Simpsons: Tapped Out took more than a year to reach $100 million in lifetime revenue. 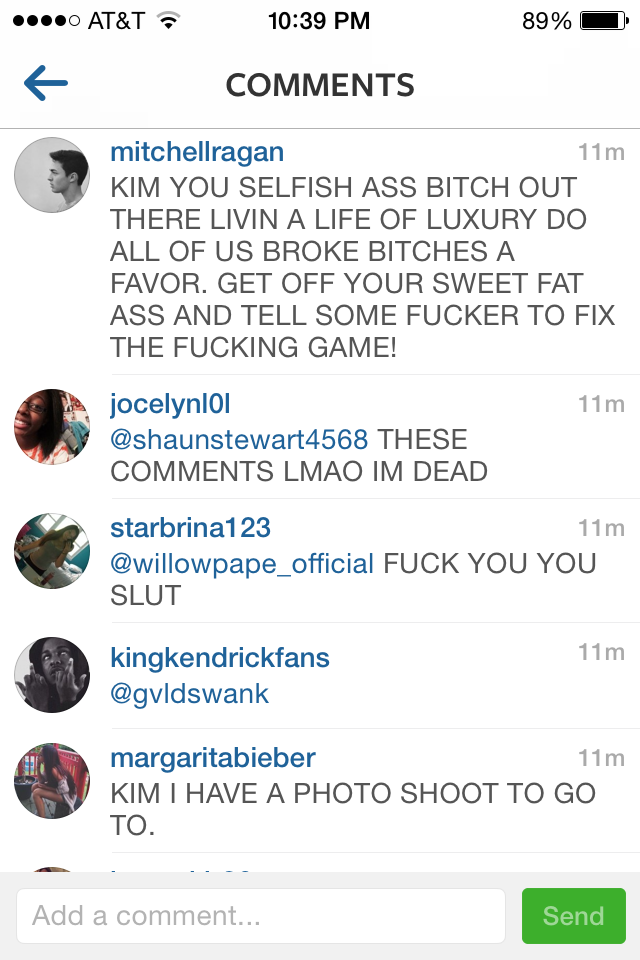 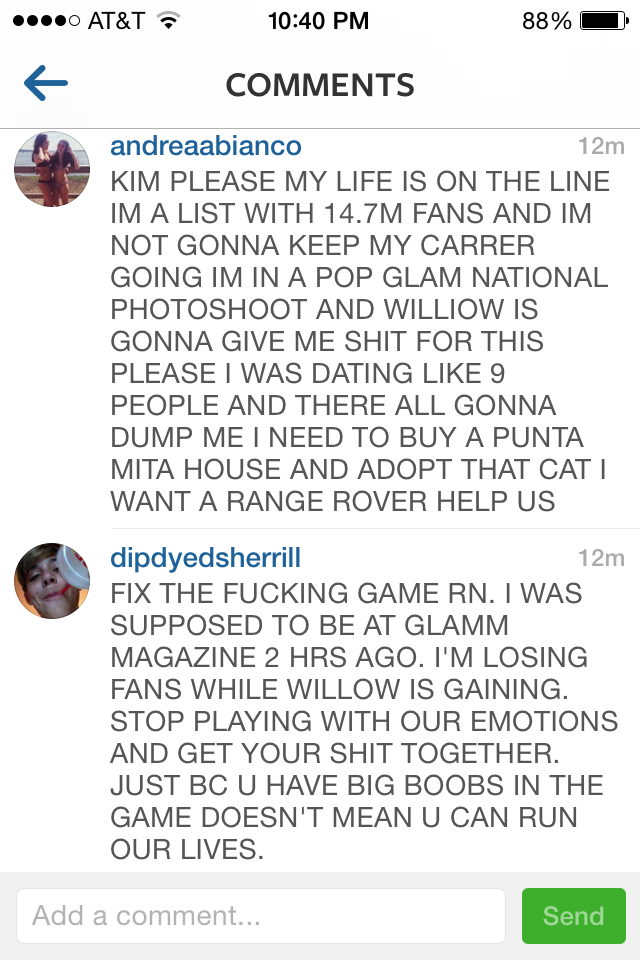 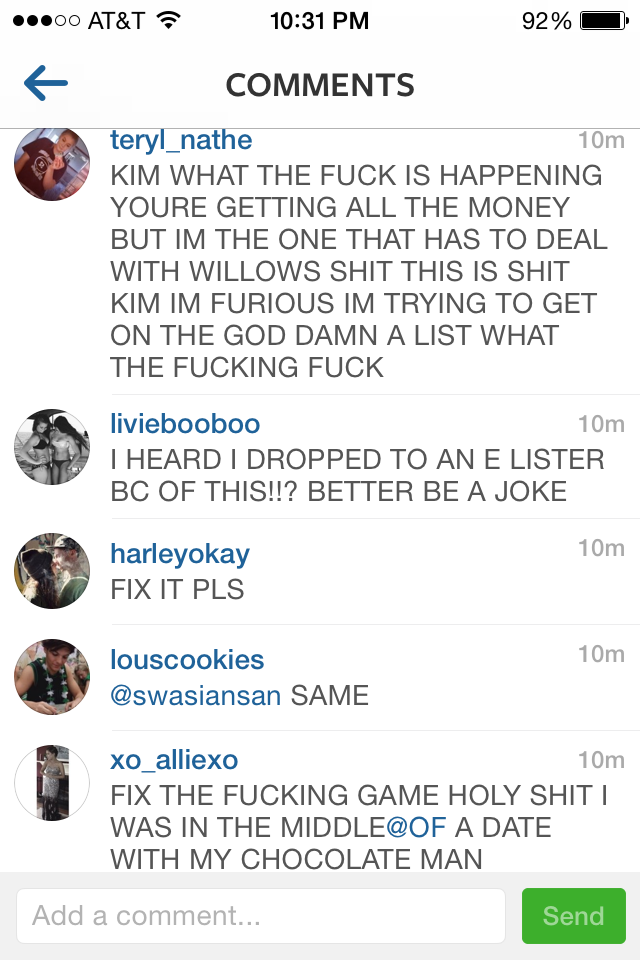 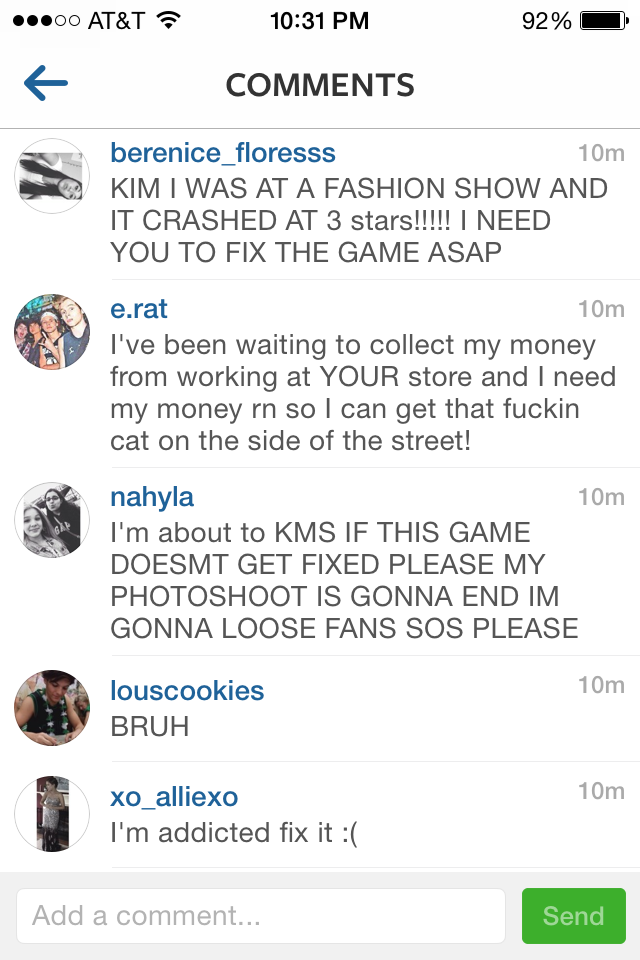 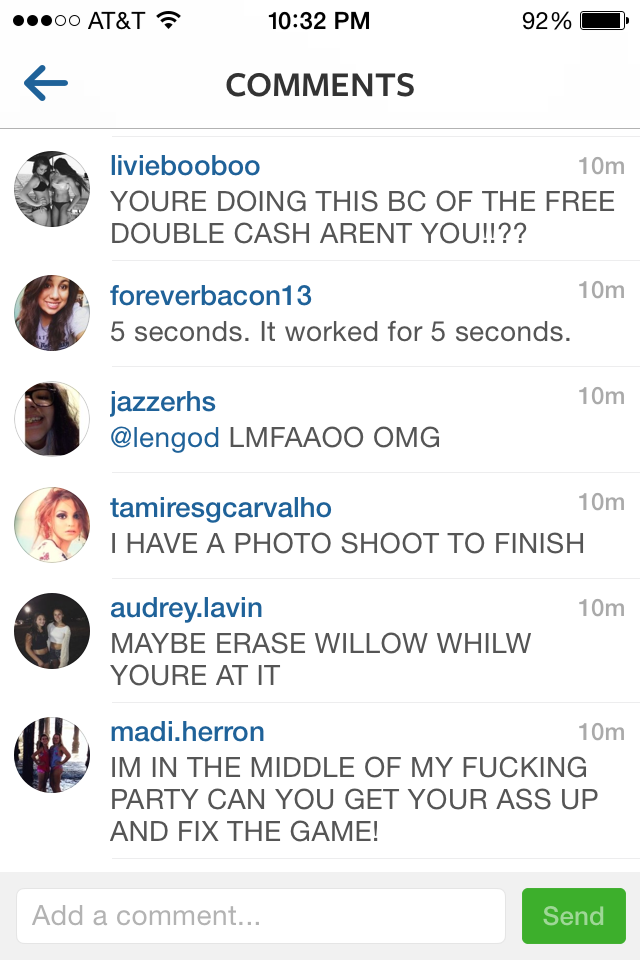 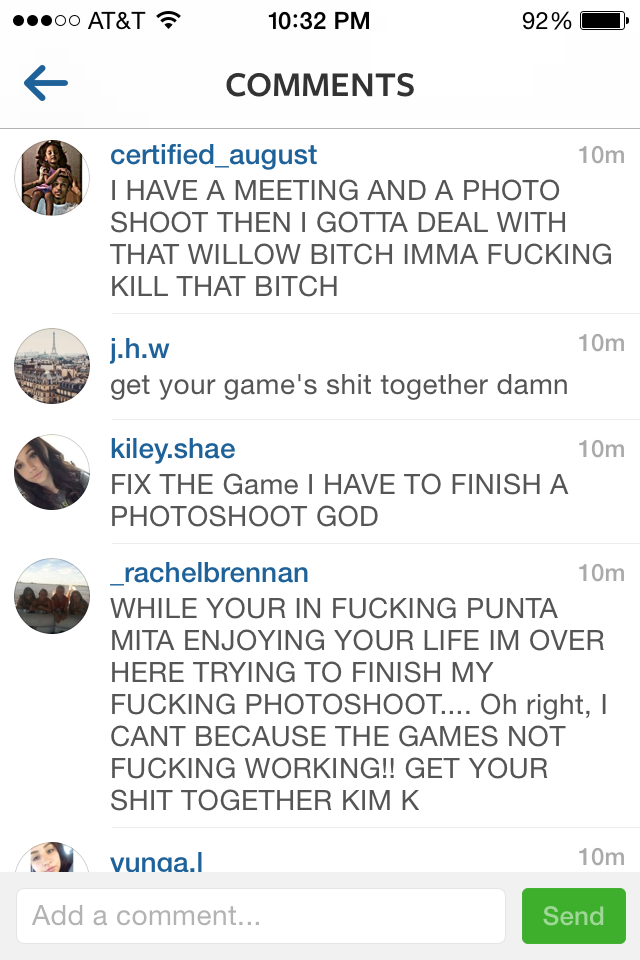 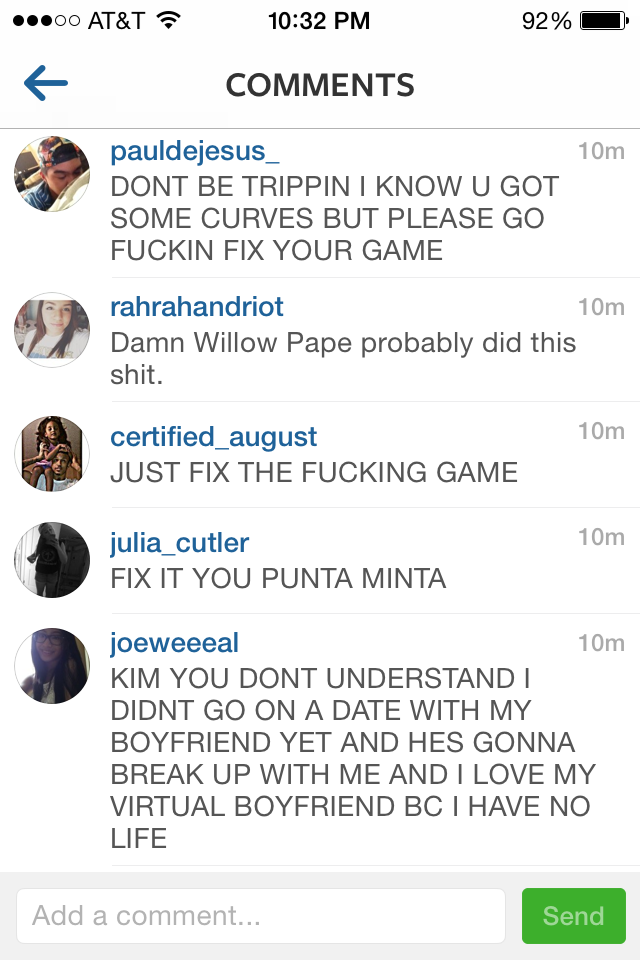 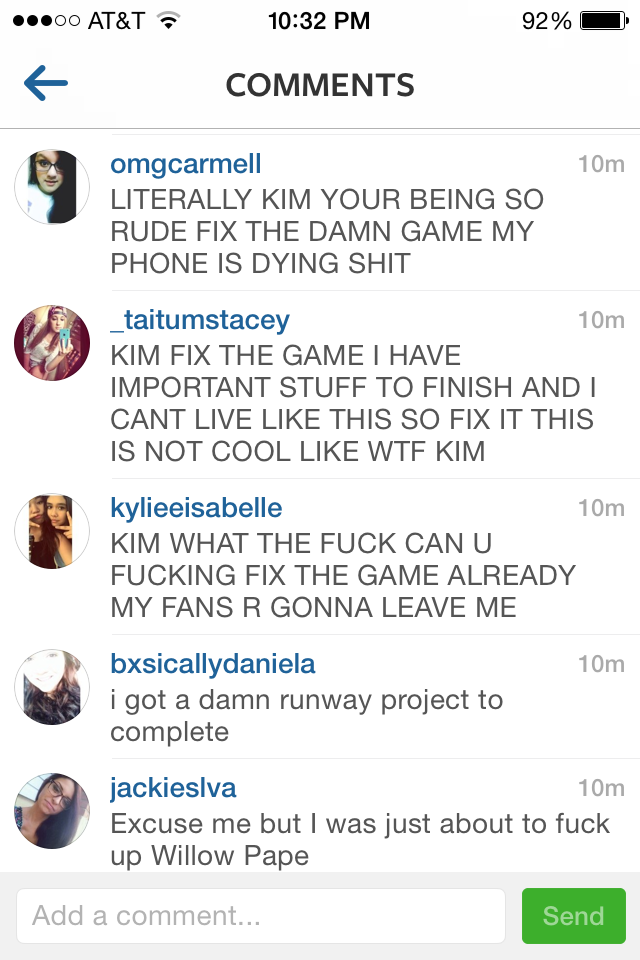 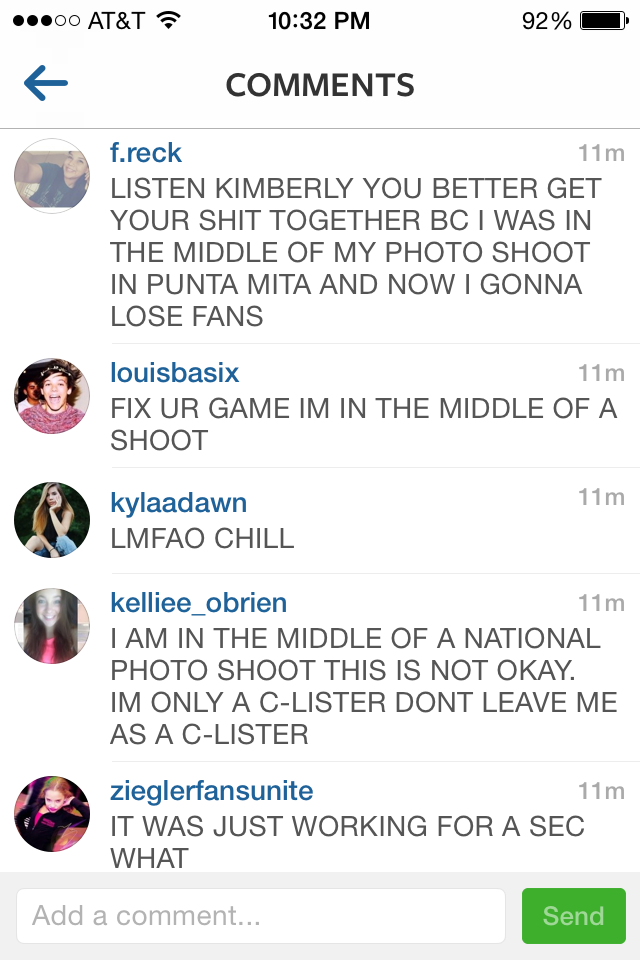 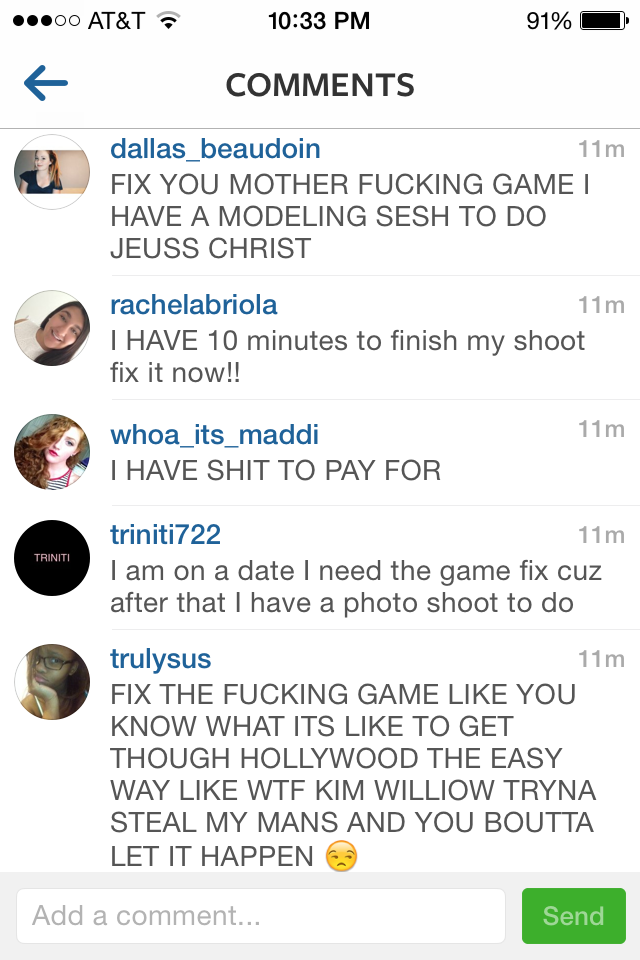 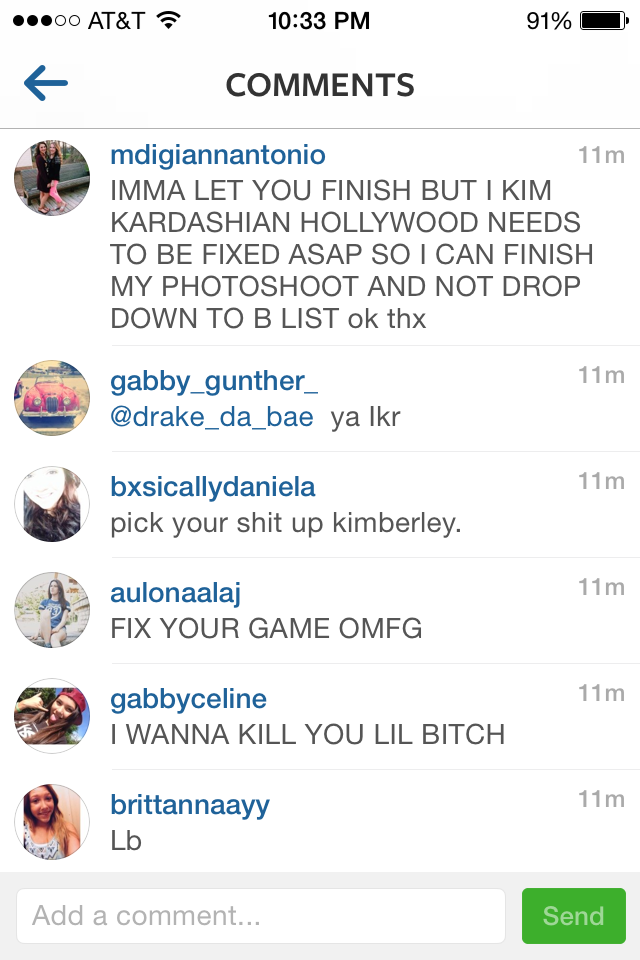 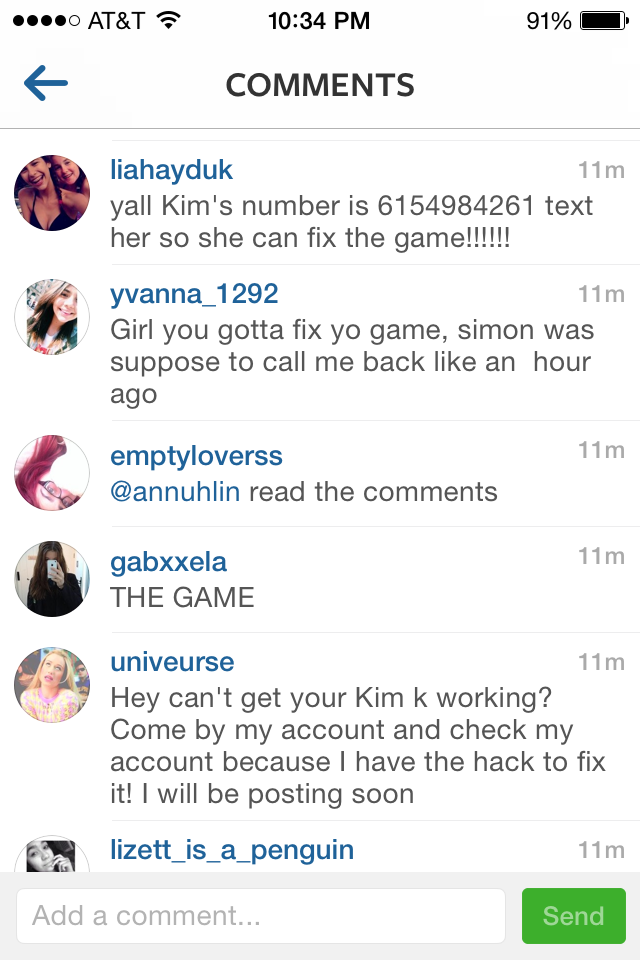 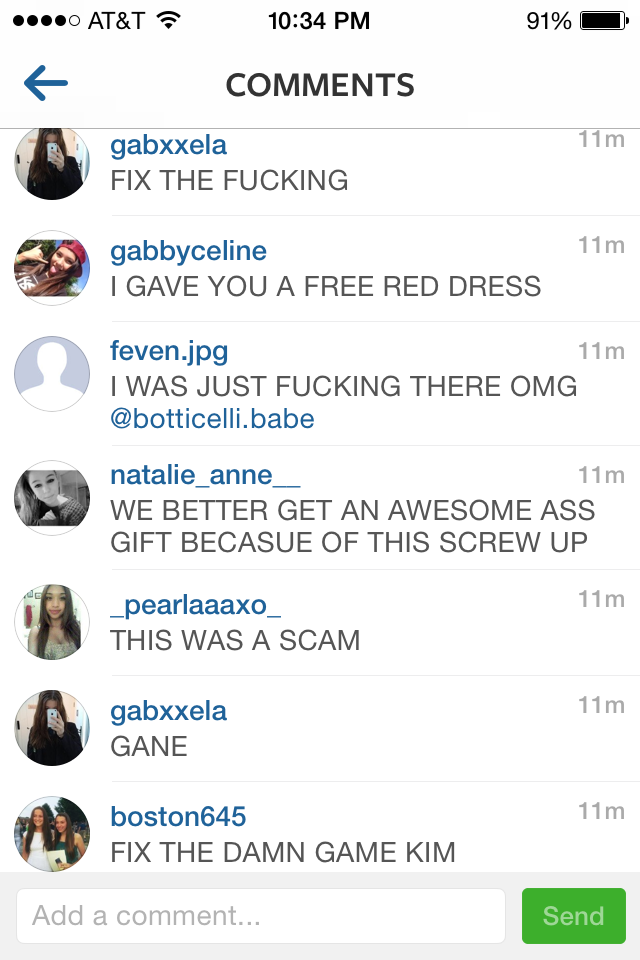 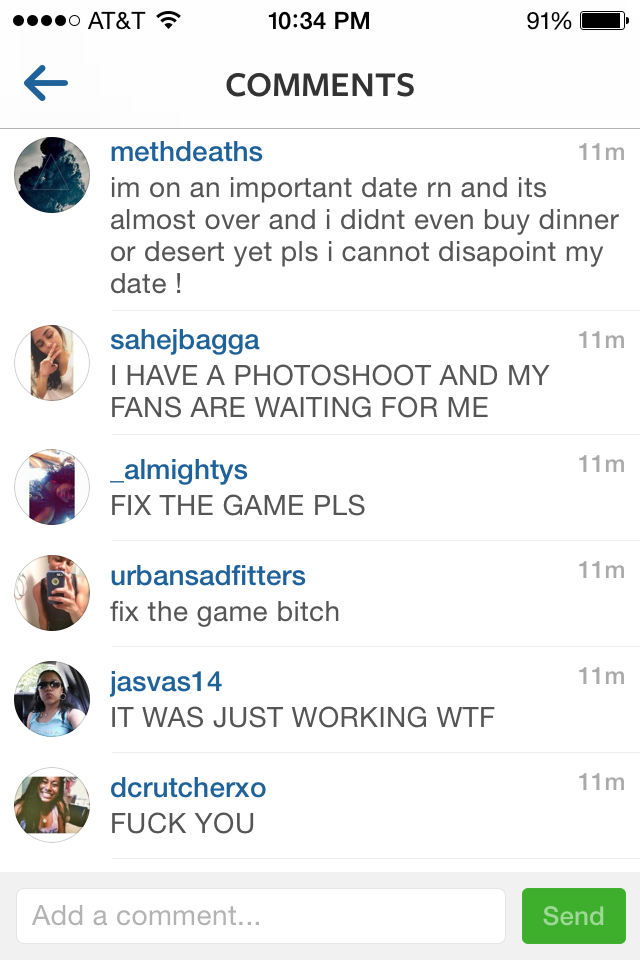 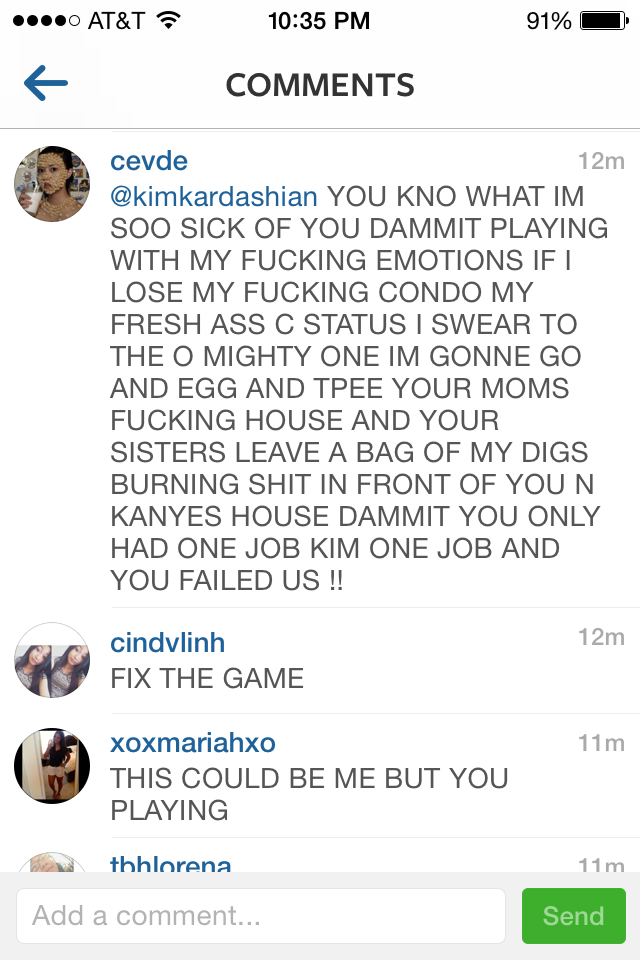 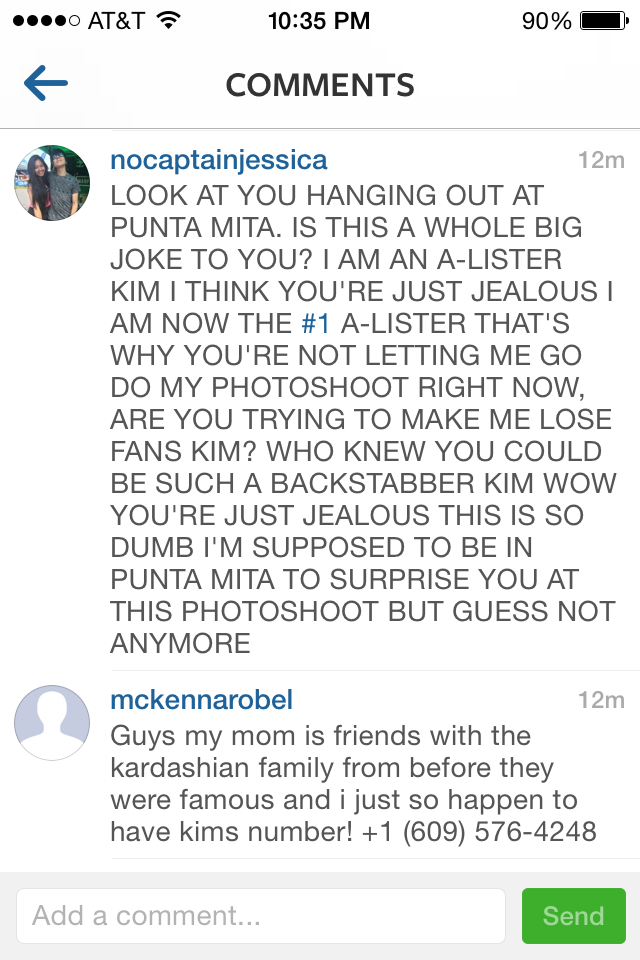 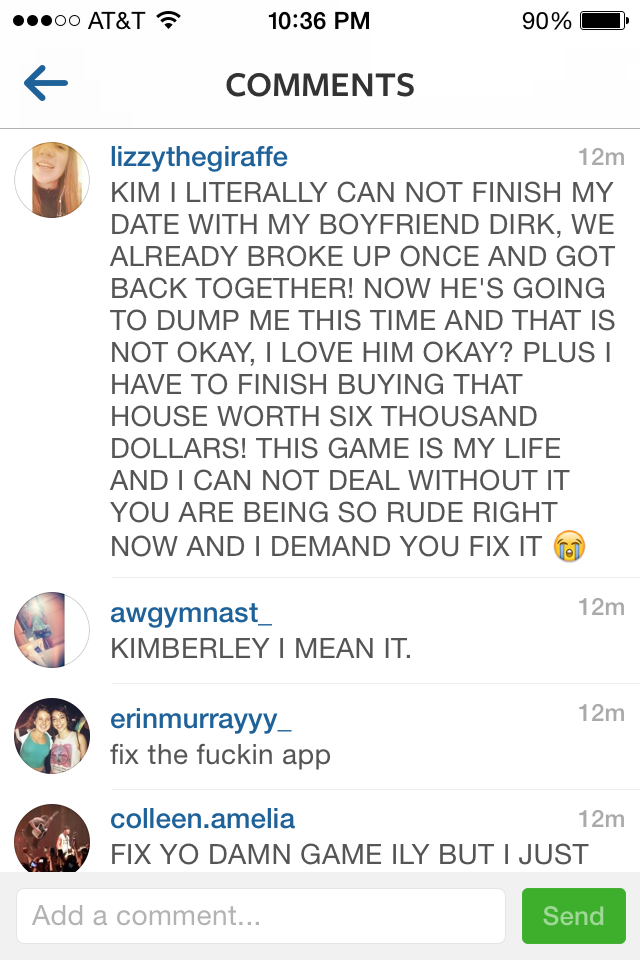 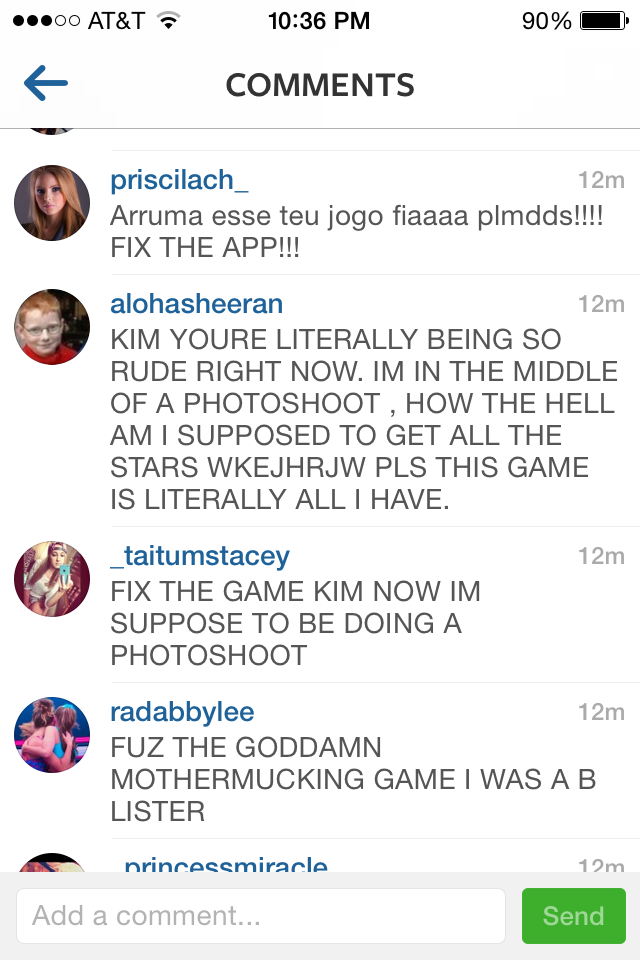 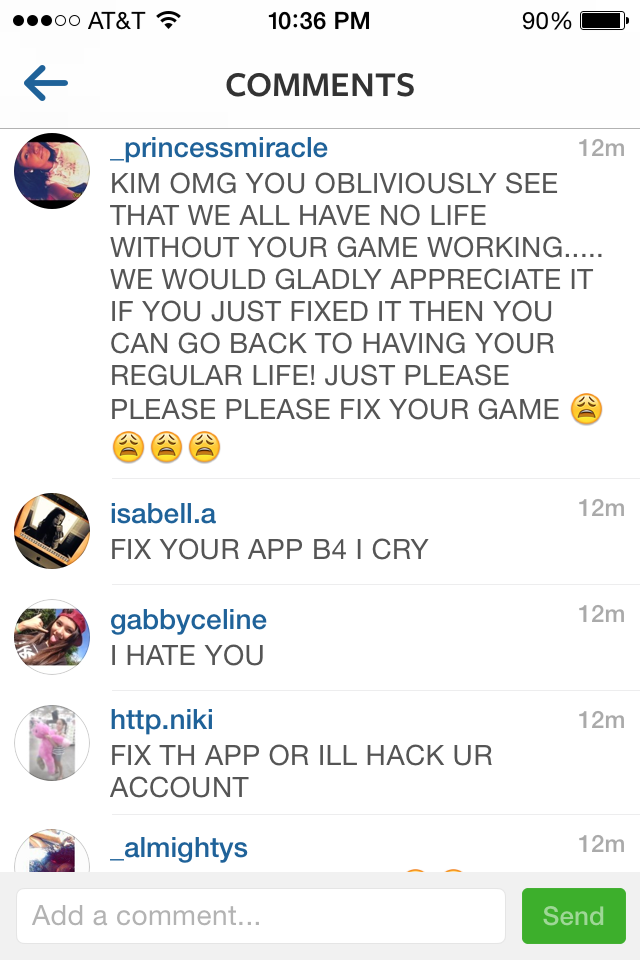 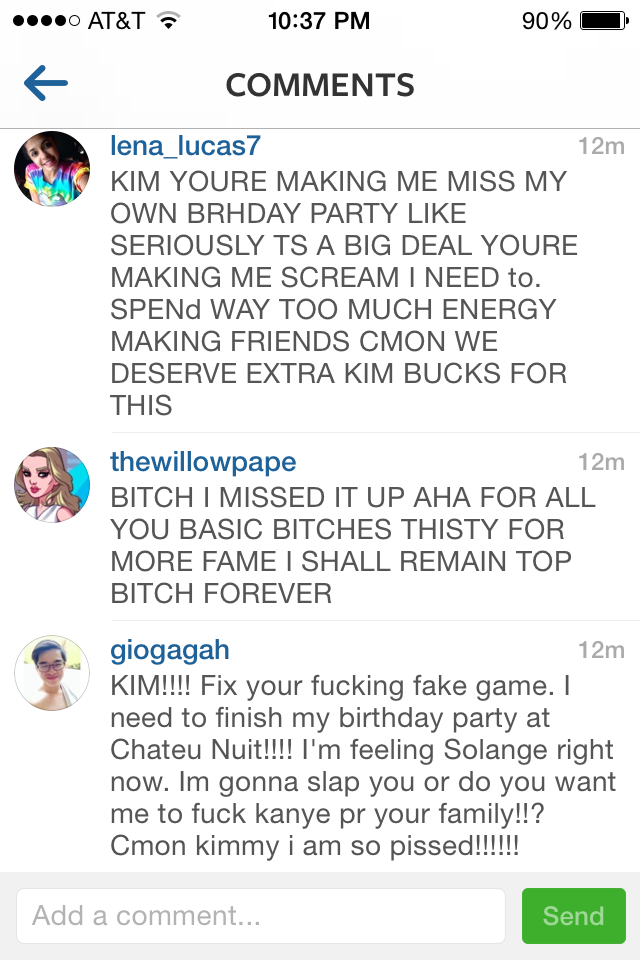 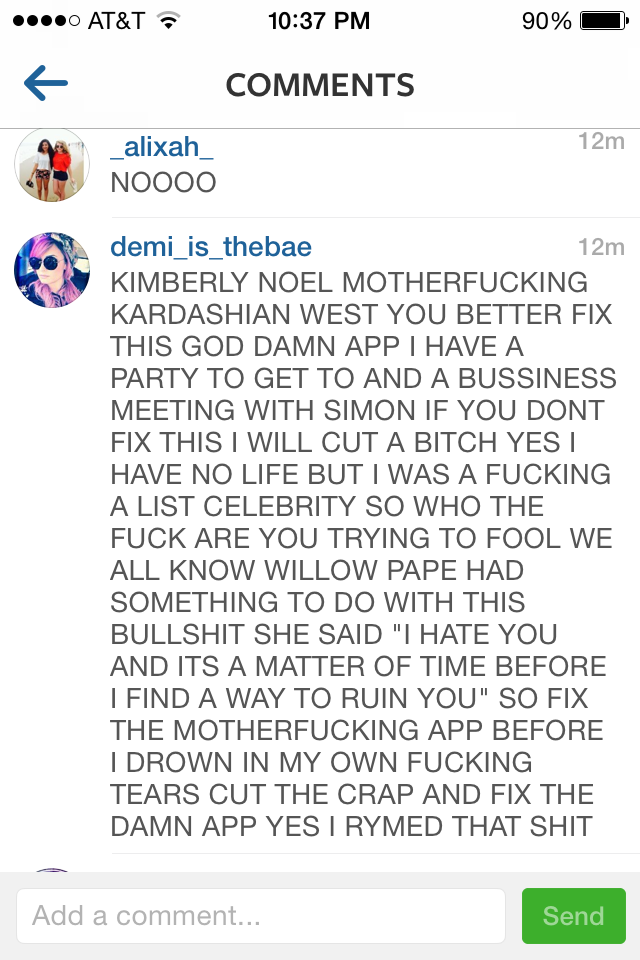 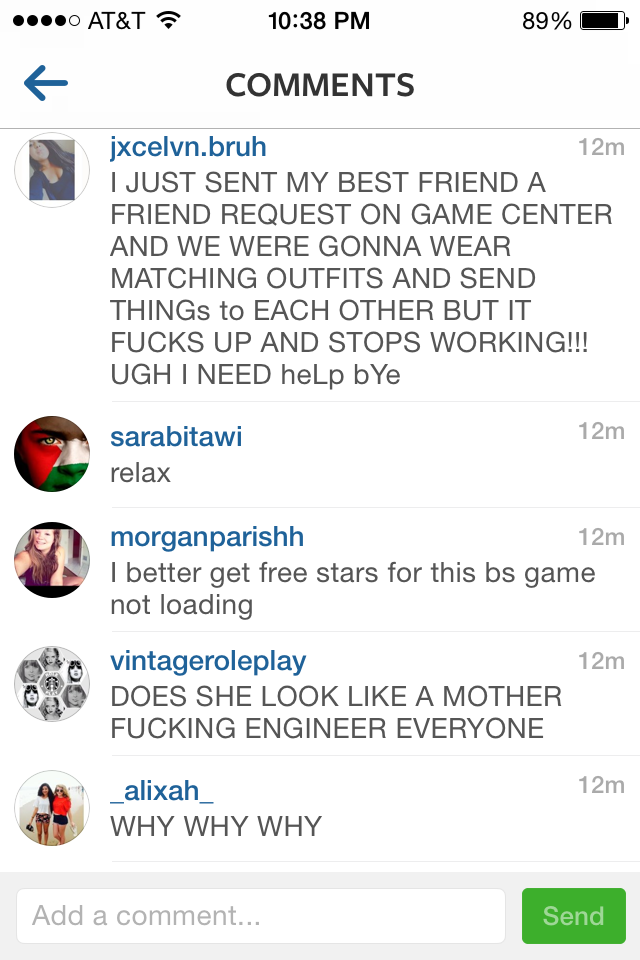 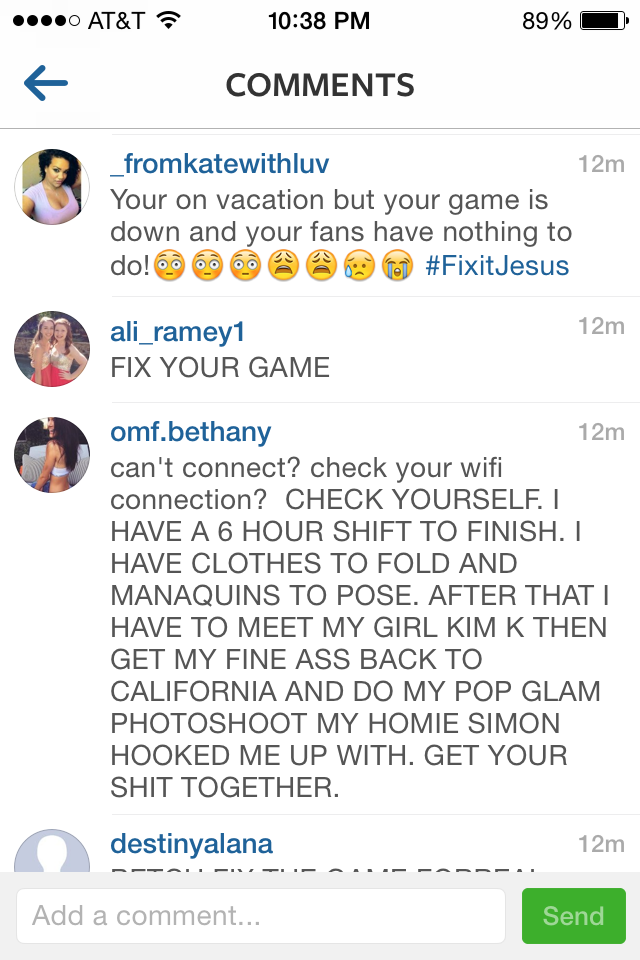 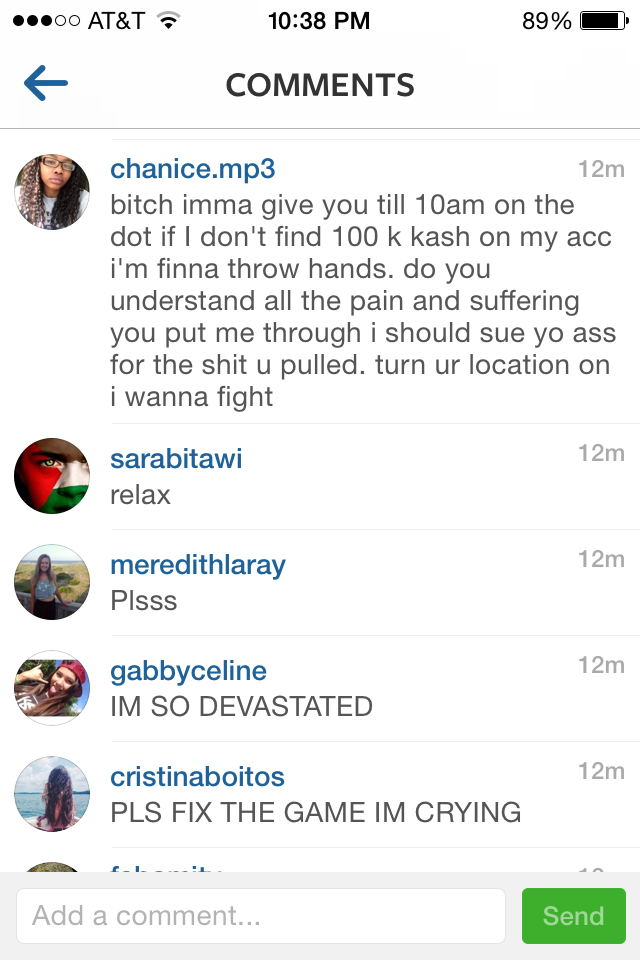 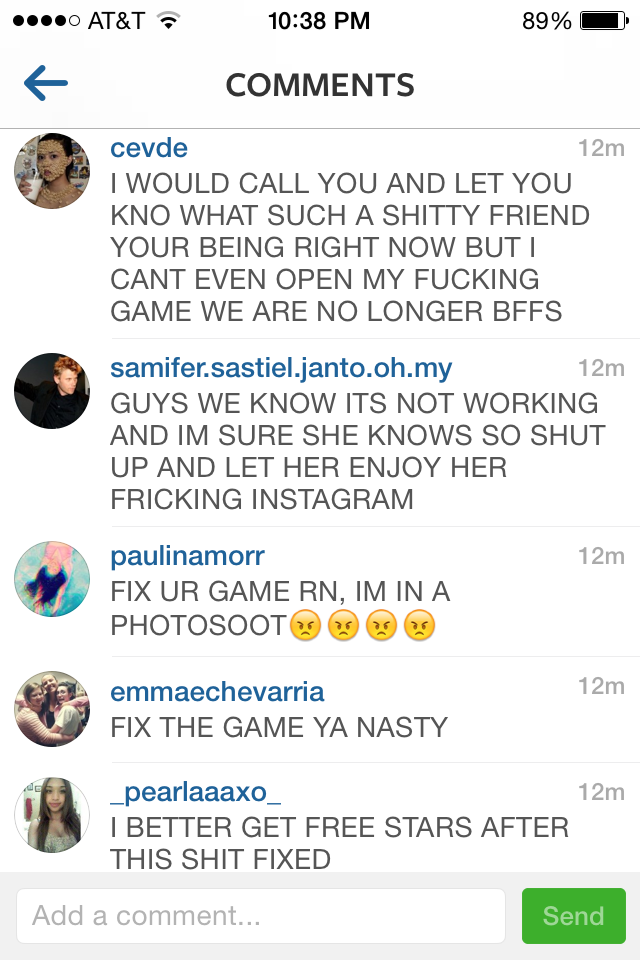 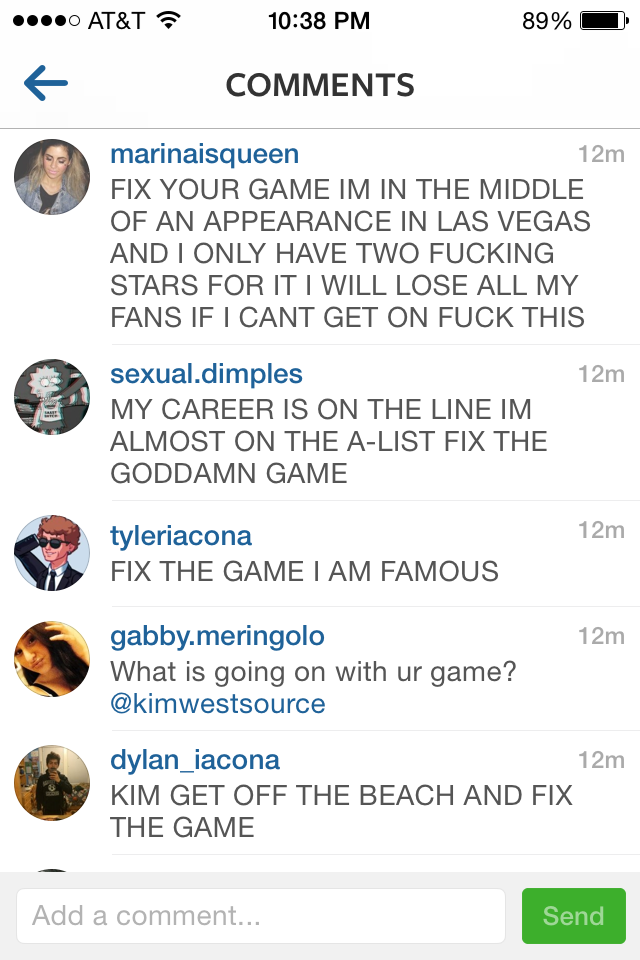 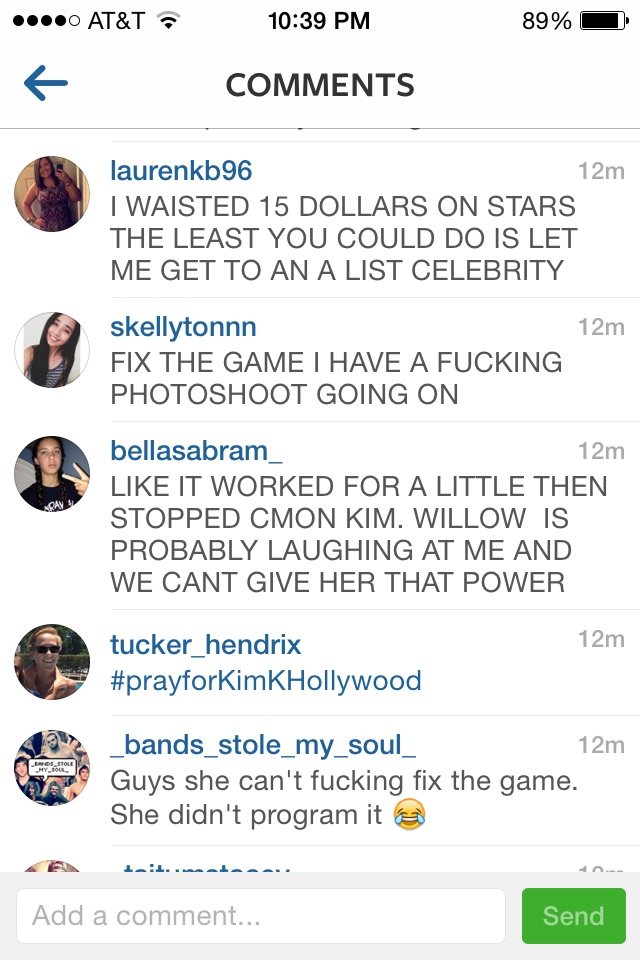 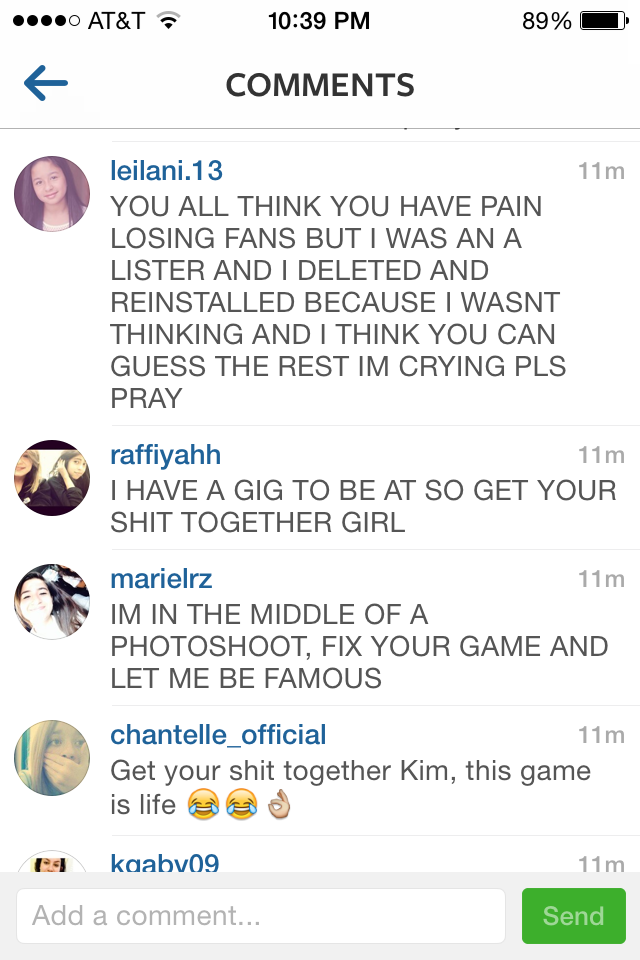 are you serious with that pics? quote that shit dude.
W

I'm sure she gets death threats for all kinds of reasons.
J

I didn't even know this game existed. I am amazed.
P

Whoooa man whoa. That is some crazy ass shit.
L

I'd hate to see these guys play BF 4 at launch.
V

Damn. Never knew this game had such a dedicated fanbase.
F

This world is done for.
D

Sounds like PR to get this in the media. /tinfoil
T

I weep for Humanity
S

"I LOVE YOU SO MUCH I LOVE PLAYING YOUR GAME.

BUT IF IT DOESN'T WORK IMA KILL U BITCH"

I DON'T KNOW WHAT WE'RE YELLING ABOUT

FUCKING PSN IS ALWAYS DOWN!
L

I made it to the bottom of the OP. I'm here to report that I'M OK!


That's a staggering amount of money (and userbase) but what does the game actually look like? I want to know what the level-headed fans adore so much.
Y

No wonder this game is making bank
S

Oh man, somebody grab some popcorn!

It's disgusting from every angle.
N

I need some ibuprofen after reading those comments
S

Wasp said:
I DON'T KNOW WHAT WE'RE YELLING ABOUT

Yeah the whole thing is absurd, but uh...not a fan of caps locks in this case

(And yes i get the reference!)

I wonder how many of these reviewers are posting about getting turnt up on facebook right now.

I want a quick look of this game.
R

what the fuck.
J

Wasp said:
I DON'T KNOW WHAT WE'RE YELLING ABOUT

KIM GET OFF THE BEACH AND FIX THE GAME
N

Jesus Christ, this is hilarious and sad at the same time.
D

Stop the world. I want to get off.
S

Means "Shirt on Head" in Japanese

lol they caps locked the shit outta that woman haha
A

People angry because they can't give money to her...
N

It's the kind of response Sakurai will get when the only remaining newcomers are Shulk and Chorus Kids, only here half the users are bronze beach babes
E

What in the fuck
S

Yes because clearly Kim Kardashian is world renowned for her bugfixing skills. Or even made the bloody game.

People are dumb! This is almost as bad as all those numpties who thought Steven Spielberg had actually poached that Triceratops on Jurassic Park.

She probably doesn't even know she has a game.
B

Did you just post every pic in the world?
F

No worries, Kanye will fix it. He is a mother FUCKING genius!!
I

why y'all got all caps on?
D

SovanJedi said:
Yes because clearly Kim Kardashian is world renowned for her bugfixing skills. Or even made the bloody game.

People are dumb! This is almost as bad as all those numpties who thought Steven Spielberg had actually poached that Triceratops on Jurassic Park.
Click to expand...

I facepalmed so hard when I read that in the papers. That just blew my mind. KABOOM.
You must log in or register to reply here.

Interesting data on the state of the videogame industry in 2021, as well as future trends