Finally got around to playing it on GP on Series X. Only half way done, but good enough to give you impressions so you can decide whether to play it or not.

Not a bad game. I'll probably keep going. Not a long game either. If you dedicated an entire afternoon to it and got decent gaming skills, you probably could beat it.


Plot
- Run around island to island, solve simple puzzles and quests where the ultimate goal is to find these relics or whatever and give them to an old man on island one
- The "monuments" are where the relics are and they are simple dungeons with a boss

Graphics
- Really clean and smooth moving Minecraft/Lego kind of graphics
- 60 fps. Never slows down
- It's got this AWFUL haze effect they purposely put in for DOF. Anything that is maybe 40 ft in front of you is a blur

Gameplay
- Backtracking to islands to solve quests is required. A lot of backtracking, even to visit the main shop to buy abilities. So youll be seeing the captain/boat a lot
- Unlimited deaths and lives. Aside from getting killed in dungeons (falling to my death), I don't think you can even get killed exploring the islands (at least not yet)
- The worst part of the gameplay is the dungeons, where you'll get killed a lot falling off ledges. You'll also be required to put rocks on stuff and whether it's throwing or pressing Y to drop it, it doesn't feel right
- Second worst is the camera. You can adjust the cam close/far and can even do a birds view if you zoom out. You'll be constantly fidgeting with it
- Not a hard game so far, but surprisingly, some things took though to figure out
- A lot of walking around, so make sure to use Sprint (when you get the ability)
- When you get to island 4, there's an arcade you can spend money to play games (and do a side quest). I don't know what happens to your progress if you blow all your money because in order to advance in the game you have to buy travel books for 20 coins each to get to island 5 and more. The game seems to have a set number of coins you can earn and find up till that point. Too lazy to google if the game has a fail safe mechanism
Last edited: Apr 11, 2021
Reactions: CamHostage, hullostranger, Rean no Kiseki and 1 other person

I like this game a lot. I haven't completed it yet, it sort of mixed in with other games i'm playing but i would highly recommend it for puzzle game lovers. I find it suits xCloud quite well too.
Last edited: Apr 12, 2021
Reactions: Kuranghi

Never played Star Tropics so don't know what that game is like.

But based on me playing through half the game, it's an explorations and puzzle game, relaxed gameplay, and so far no fights. Even the boss encounters are easy and I'm not sure you can even be killed by them as they are intertwined with a puzzle to beat them. One of them was this giant rock snake slithering around and it never killed me it touched me while I was trying to do the puzzle.

You can also fall from 100 ft to the ground and not die outside (in dungeons you do die). And you can swim as much as you want without drowning.
Last edited: Apr 12, 2021 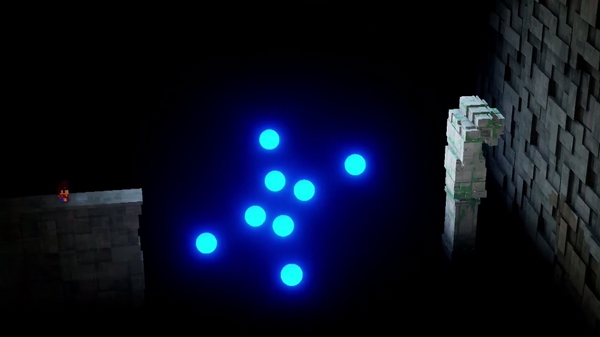 It was great up until then, though.
Reactions: hullostranger

I didn't care for this game at all. The art really made me want a 3D Dot Game Heroes 2 though.
Reactions: SlimeGooGoo

It was great up until then, though.
Click to expand...

LOL. I havent got to that point yet. I see myself dying a lot in that dungeon.

Unexpectedly ended up enjoying this game. The platforming sections were a bit obtuse but it has a lot of charm and the hazy DoF added to it IMO. Enjoyed the random mini games and quests.
Would recommend giving this a try especially since you can finish it off in an evening or two.
Reactions: StreetsofBeige
S

This game made for one of the best gaming weekends of the last year. I was blown away by how much I enjoyed it.
Reactions: StreetsofBeige
P

The controls aren't up to the tasks in the dungeons. It was liking the game OK but quit in frustration.

Captain Toad said:
I didn't care for this game at all. The art really made me want a 3D Dot Game Heroes 2 though.
Click to expand...

Too bad it never got a sequel

Just finished 90% of the game and quit. I did enough and deleted it from my SSD. Only had a few side quests left and didn't clear the last Sentinel where you got to balance platforms and rocks fall from the ceiling. Some side quests like kicking a square soccer ball through holes and surfing I skipped as I could tell their were going to be a repetitive slog till I got the timing right. I did 2 of 3 of the arcade game high scores.

Overall, worth playing as it was on GP. I'd give it maybe a 6 or 7/10 tops. More style over substance as the outside world is chill doing pretty simple fetch quests and puzzles.

The key difference between my initial post (done abut half the game) vs. me completing 90% is that the later parts have stupidly twitchy dungeons which are not in the earlier parts of the game.

It's like the game was made by two studios. Studio one makes a really chill an colurful outside world. And studio two makes the dark dungeons which looks fine, but later on you'll die a lot. Balancing on balls and platforms, the mine shaft with 9 levels (I probably spent half an hour dying 30 times on level 8 alone).
Last edited: Apr 15, 2021
You must log in or register to reply here.

May 3, 2021 started EverydayBeast
May 3, 2021
MistBreeze
Social Tomorrow, the biggest game of the generation hits its first anniversary