I don't remember ever liking a Ghost Recon game as much as I liked Wildlands. Bolivia, the drug cartels etc. are different than what other open world games are doing. 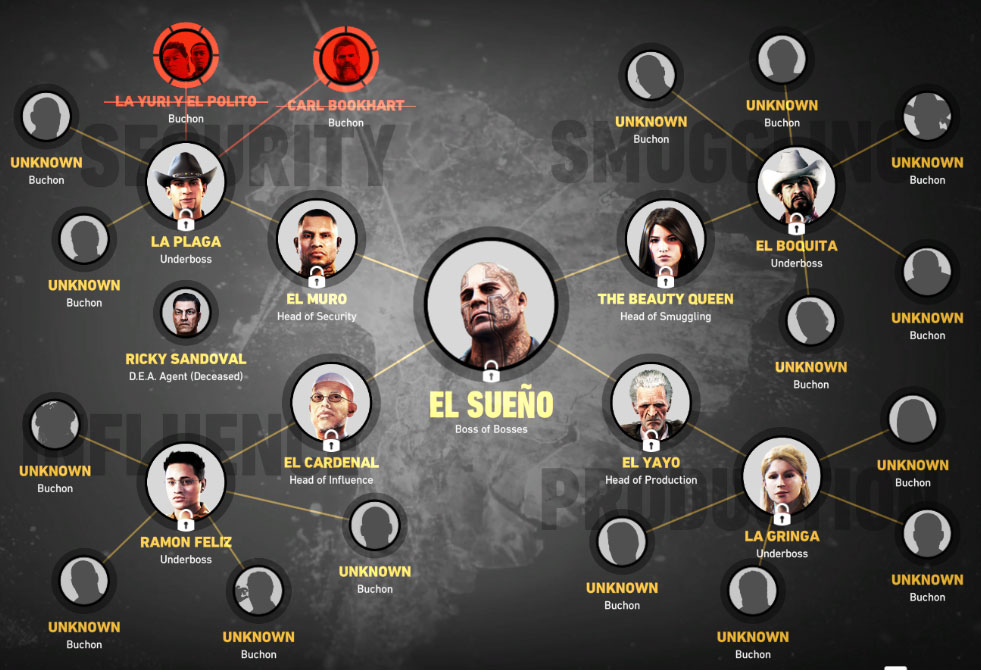 What separates this game from other open world games is the consistent play, and going all-in on the military thing and that is also what Ghost Recon does best. This game is far from "boring", to put it simply.

When it comes to characters, there aren't many interesting ones here. I like a little energy, redemption, drama, flawed etc. El Sueno is just kinda boring. Here's a guy hanging out in Bolivia doing the drug cartel thing which is fine but he didn't have that huge of a part in the grand scheme of things as I anticipated. Maybe Ubisoft focused elsewhere. 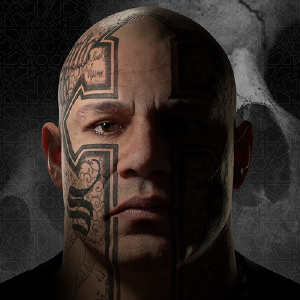 Shifting to DLC, I absolutely loved the Predator DLC and it builds the world chemistry really well and falls right into place with the jungles of Bolivia.


Tom Clancy games have a shot every year, reality is tho they're not for everyone. 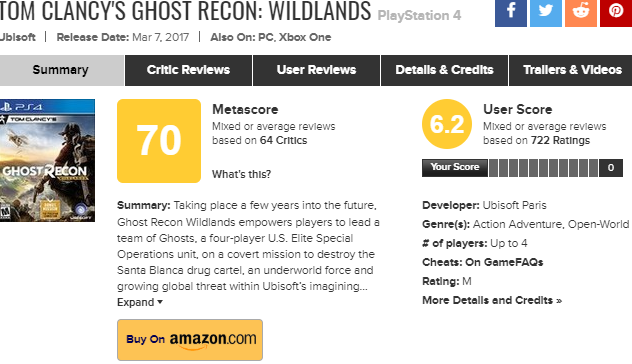 They're never going to be game of the year, but Tom Clancy games live off that small crowd that doesn't buy COD. Maybe because it's stealth eccentric, 3rd person, but it stays in the general gaming conversation. 9/10 times you know you're getting a quality game from Ubisoft.

Let me here your takeaways from my review/LTTP, and what you thought of Ghost Recon WILDLANDS.
Reactions: Cravis and jbortz78

thoroughly enjoyed the game, in fact its one of the few Ive played enough to get a platinum.
Last edited: May 18, 2019

Good game, absolute shit for story missions and DLC. It's at its best when you're just scouting some Unidad base for shits and giggles. Second you need to do storyline stuff it all falls apart. I still get pissed when I think of the forced stealth missions that don't have checkpoints.

Also: the Predator DLC was trash. Predators aren't hp sponges that can teleport and turn invulnerable in the movies. And what do you get for dancing around dodging 1 hit kills for 5 minutes? ...facepaint and a helmet you'll never wear.

I played it all alone and really liked it. Not necessarily at first, because I started it after beating a better looking and playing game, but after several hours. It was like a new Mercenaries game and I loved that. The freedom was great.

I still need to go back and play the two DLCs.
Z

Sorry to necro bump an old thread, but I didn't feel like starting a new one.

This is currently for sale on a deep discount over on Ubisoft Connect, so I finally decided to pick it up after being somewhat curious for a few years. I'm glad I did! It's kind of janky and a bit low budget in parts, but this is an amazingly fun sandbox squad shooter. I'm having a blast just going around the map and taking out bases with my team mates. I almost picked up Breakpoint instead, since it was actually cheaper, but the online sentiment seems to be largely negative on that one.
Reactions: EverydayBeast

i try to keep pace, these days its usually videos or streams

not forcing lod minimums through the server

Still love this game. Damn shame what they did with Breakpoint. They’re trying with the updates they’ve been adding but there’s just something about Wildlands that keeps me coming back.
Reactions: EverydayBeast

Never touched the single player but the PvP was my favourite from last gen. Huge Socom vibes.
Reactions: EverydayBeast

Goddammit. I might have to buy this game and try and convince a friend or two to play with me.
Reactions: EverydayBeast

It was decent. It's no Ghost Recon Island Thunder of course.
Reactions: EverydayBeast and Son_of_Zardoz

I liked it but would rather have a legit, old-school style Ghost Recon. I thought this did what it set out to do fairly well, but I still play GRAW & GRAW2 occasionally and would love to see them go back to those roots. Playing coop on it with 7-8 of my friends and my brother back in the day are some of my favorite gaming memories. PvP was pretty good too.
Reactions: EverydayBeast and ArtemisClydeFrog
You must log in or register to reply here.