I remember that. 2Girls1Cup?
R

Just thought of something.

Yeah that was the response video.
D

Just thought of something. 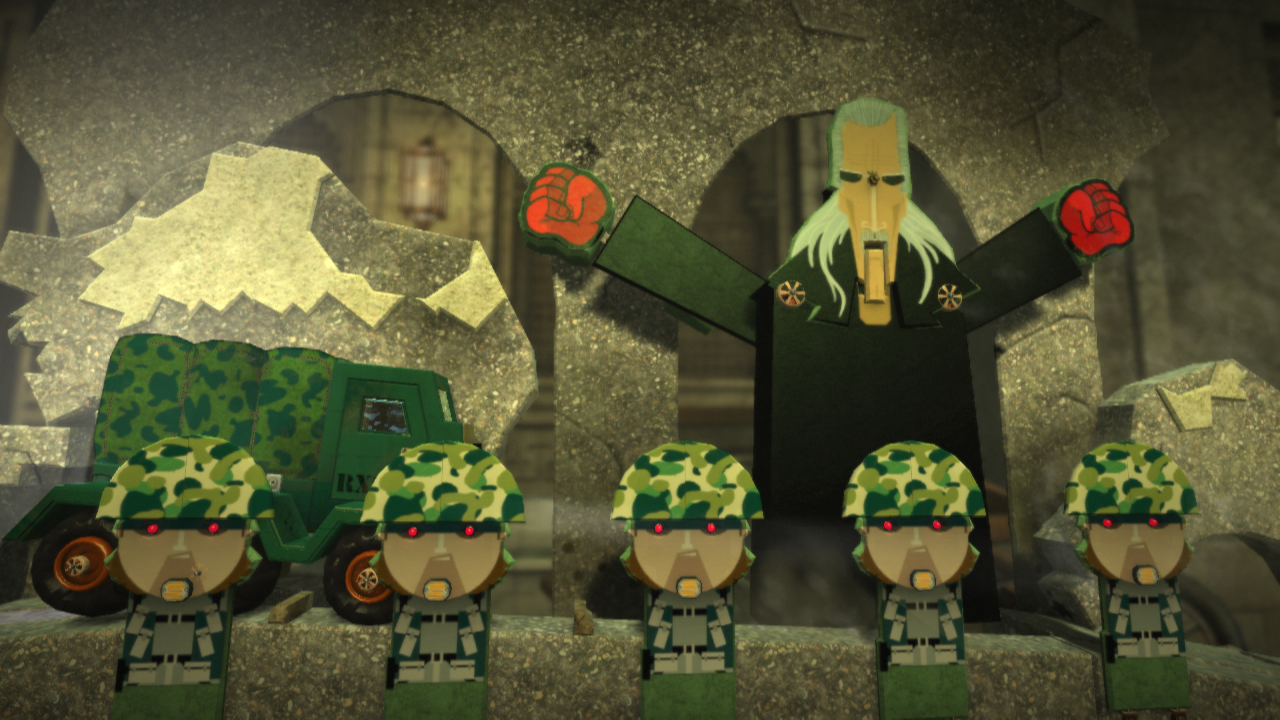 ITS BEEN TOO LONG!

Guys, what does Kojima actually think of all this?
D

HUELEN10 said:
Guys, what does Kojima actually think of all this?
Click to expand...

Did I rike it?

I'm still too lazy to start my own levels but damn, this looks like mad inspiration.

HUELEN10 said:
Guys, what does Kojima actually think of all this?
Click to expand...

I doubt this would be released without his stamp of approval.

Zoe said:
I doubt this would be released without his stamp of approval.
Click to expand...

Its things like this that LBP so freaking awesome.
S

Oh man,I try to stay away from dlc but LBP has me by my balls

This looks friggin' awesome,probably been answered but I haven't seen it-is it due out the same time in Europe?

e:And the music from the Vamp boss battle in MGS2,I would of bought this only for the paint gun and new story levels
D

wow this is going to be the first and only DLC for any game that i ever buy.
T

when is my burrito

Definitely picking up both the leve pack and the costume pack. Still debating whether I want the Street Fighter pack too. I can already tell I'm going to be spending so much money on DLC for this game.
D

Xun said:
Yeah that was the response video.
Click to expand...

WTF is wrong with his hands?
N

Man I need this so bad.

Give me a Disney, Killzone 2 and GOW3 pack too lol.
G

dreamer3kx said:
so is this going to be one big level or like the levels from the game where you have one big level then multiple smaller levels?
Click to expand...

It's 5 levels (I assume pretty comparable in length to the retail levels?) and one Challenge Level.
S

Man, I'm starting to want Home to be just a bigger LBP lobby. Look at the gazillion ways you can customize your characters, space... The game themed objects, outfits, textures.... The infrastructure is already better and more refined that Home. I know it's too cutesy for some, but it would totally destroy the Mii and NXE avatars. You could still have mini games and that sort of thing. You could have TV screens and adverts if you wanted to. You could still charge for some of the extras like LBP is doing already.

If Sony wants to appeal to the casual market, LBP is the way to shape Home. Screw the 3D stuff and make it 2.5D like LBP.

I can tell you right now. I have more fun in my LBP pod with some buds than with Home. Sony should really consider this. It's probably be less taxing to not have to do full 3D for everything in Home. And I think brand integration (as is being done with MGS4 here) would be more effective.

Now I'm getting depressed because I know it's not going to happen. Maybe they could still have the same avatars but use the same 2D engine of LBP. Think about having your apartment be a LBP level the size of say 10 LBP pods, and customize to your hearts content. The structure is all there already. Make it happen Sony!
H

comedy bomb said:
WTF is wrong with his hands?
Click to expand...

I knew LBP have massive potential.
We are just noticing a tiny bit of that potential.

If MM added new element like shooting image what can come next?

We could have R type levels (already do but better), Contra ( we can with this), castlevania ( give us a whip weapon or sword), and etc.

I love this game.
J

Gloves with fingernails.
U

Isn't that a sticker from the game?

I swear I've seen it used on a stage before.
P

Yeah, it's an existing sticker.
U

comedy bomb said:
WTF is wrong with his hands?
Click to expand...

ya thats what really matters right ....
You must log in or register to reply here.