This is a sequel to a the previous P series now in a console shell, but MSI made a big mess with this one because third-party's selling unofficial import releases are selling weaker versions of similar looking devices, and on several sites MSi has the spec sheets all mixed up, so due to the confusion I expect this to flop alone, but let's go over the actual machine, what does it look like and what does it bring? In America at least there's an official retail release that gives you exactly what the newest model is intended to have below: 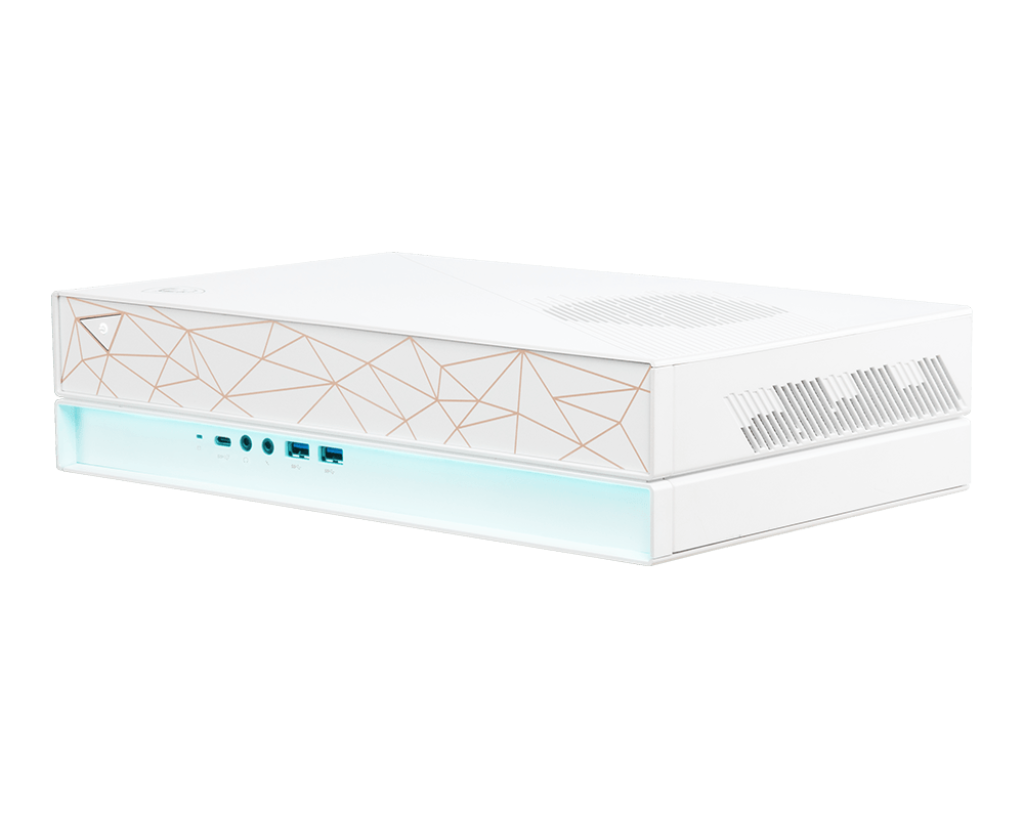 Standing Out From The Creative Juices​

The AI-powered noise cancellation is trained through deep neural network (DNN), the model is generated with more than 500 million data, simulate the way human brain works.
When a sound is heard, the model automatically recognizes and separate vocal sound from background noises; hence, filtering out all the unwanted Noise.
Click to expand...

The MSI Center takes optimization to the next level with A.I.; it helps to prioritize & allocate the resource on your hand to accelerate the performance of those software which you work with everyday.


It also helps you to find the photos or materials with Tag and brings the most efficient experience for your daily works.

* The interface and functionality may differ due to version change.
Click to expand...

“ With modern and simplistic techniques from wireframe modeling, the perfect asymmetric design not only makes the root deeper in the ground but also extends upward so that there is no distance between the sky and the ground. Such dialogue and consonance show the greatest intersection between humanity and technology.”
Click to expand...

<>
Now then, the question looking at this spec sheet is, is it worth $1,719? Yes it is much better than that Trident S thing so I will give them credit here, and they went for a more unique design, so what do you think?

Why would anyone buy this over a console or a prebuilt PC for that price?

Look forward to the next shill thread.

Ugly as hell AND expensive.

I think no one bought 3050's so they are using them that way.

Yikes. You can get a Steam Deck and decent 3060 laptop for that money.

Imagine the guy who greenlit this...

I'm going to leave my PC not connect to anything on my coffee table. Why the hell not, it will look classy.

Why do these companies employ so many redundant engineers with nothing to do that they have the time and and resources to make nonsense like this that won't even sell 1000 units. Just wasting shit for the sake of wasting it.
Last edited: Sep 4, 2022

But on the bright side, it's not integrated graphics so that's something.

Three said:
I'm going to leave my PC not connect to anything on my coffee table. Why the hell not, it will look classy.
Click to expand...


Reallink said:
Why do these companies employ so many redundant engineers with nothing to do that they have the time and and resources to make nonsense like this that won't even sell 1000 units. Just wasting shit for the sake of wasting it.
Click to expand...

They also always sell in China first before going to other countries, so who knows how many buy these things there. But they seem to be bringing more of these to the US so they must see a market here. Probably some gaffers buying these under the table in secret lol.

Looks good. I wonder how big it is, looks About the same size as a post.

Is it expensive considering the specs? 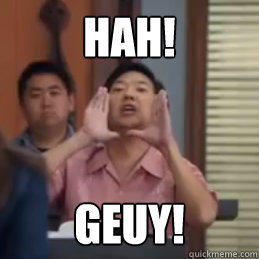 Good grief, that price. What moron is this for?

Its not even that small, Gaming laptop will be much better choice portability and price/performance wise

Too expensive and ugly.

You can build a better pc for the same price

It's shit products like this that keeps the peasant "2000 usd upgrades a year" meme alive to this day.

Lamo an i7 12 gen with that GPU is insane. I just ordered the parts for a 750$ pc and went with a much more powerful 6650xt. I went with a 12th gen i3, which is the current budget king, and with higher clocks can outpreform it’s bigger brothers in things that arent heavily multithreaded. Like, you know, video games!

Draugoth said:
You can build a better pc for the same price
Click to expand...

But can you do it in that size and with that sexy design?


I Master l said:
Its not even that small,
Click to expand...

Yeah it's pretty big. At least the Trident S was close to the size of an Xbox One X, this seems to be thinner, but a bit taller than the size of a PS5.
Last edited: Sep 5, 2022

Cheese is so good

Serious question - won't a PS5 out perform this in the real world?

cash_longfellow said:
Cheese is so good

Especially the one between the toes.

Skifi28 said:
Especially the one between the toes.
Click to expand...

FStubbs said:
Serious question - won't a PS5 out perform this in the real world?
Click to expand...

Not really, it depends on how devs utilized the Dual Channel DDR4 with the RTX's 8GB of DDR6 Ram.

Technically, with Hold and Modify, you can have up to all 6 GBS of graphical ram in use like consoles such as PS5, however you can swap or add to the ram from anywhere else it's locked in. But with H&M you can take that 4GBS of Dual Channel DDR4 and can split 2GBs from that and add it to the GDDR6 through Virtual RAM, making it 10GB of GDDR6 instead of Just 8, and the other 2GB to balance between system ram, asset ram, and resolution video ram.

This means that 4K 120fps is possible, drops to 60fps for more intensive games, and you take less of a hit than consoles when Ray Tracing is on.

This allows developers to "slap the metal" of the hardware which allows for deeper tools that can increase fidelity without compromising memory.

Garbage tier option. Why not just get a laptop instead? Way better hardware for the price, plus it also transforms between a game console and a PC...while being even smaller, and not trying to look like some piece of contemporary coffee room decor.

Jeez the specs and price of this looks even more crap than the photo editing work for this product.

Looks like somebody had fun crafting a router case

Alienware needs to follow up the X51. That was a small dorm factor PC worth buying.

It just ain't enough dope in this world...

That CPU seems at least as good as what PS5 and the Series X consoles have if not better, but that GPU sure isn't. Significantly less VRAM than either system in practice, much lower pixel fillrate and texture fillrate, much lower effective bandwidth than the GPUs in PS5 and Series X would be using even considering sharing that with CPU, audio and SSD decompression logic.

Only GPU advantage are Tensor Cores for hardware-accelerated RT, but it's probably not enough to make too big a difference in its favor for RT scenarios compared to consoles and it just gets smoked in rasterization tasks. The extra DRAM may help a lot as a sort of cache but it's still limited in terms of bandwidth even compared to the 3050's VRAM let alone the bandwidth the non Series S consoles have.

Overall it doesn't sound worth the money; they have a laptop convertible-based version of this Creator line which sounds a lot more appealing. I was even considering picking one up before deciding for a different convertible though (better GPU, better display colorspace and response time, etc.).


FStubbs said:
Serious question - won't a PS5 out perform this in the real world?
Click to expand...

For gaming? Absolutely not. At most it might have a very slight advantage in certain RT scenarios due to the Tensor Cores, but that's pretty much it.

PS5 (and Series X) run circles around it in terms of pixel fillrate and texture fillrate. Much higher effective RAM bandwidth as well and in PS5's case, a much more capable SSD I/O subsystem. The only other thing this might be better than PS5 & Series X in is the CPU, but I'd need to read a bit more on the 12700's features. That L3$ does give it a pretty likely CPU advantage, however.

...only because it can actually run those products since it runs Windows 10 (or 11). Game consoles aren't for productivity but if you could side-load Windows or Linux on a PS5 or Series X that same software would most likely run a lot better on them depending on how GPU-heavy workloads are.
Last edited: Sep 5, 2022

Looks like MSI bought the bulk of their 3050's during the crypto rush and are now offsetting the price onto the consumer. The only person who will buy this will be an idiot.

MSI must have a bunch of 3050s lying around and are trying to write them off on their taxes or dump them on unsuspecting buyers.

do you plan on making a dumb thread anytime any PC maker makes some over priced piece of shit in something that even remotely resembles a console case?

you've made it very clear you don't even understand PC's.

then again this is just another previously banned alt shitting up the forum without anyone caring.

Lol at the price, this will sell 5 units

I guess they're marketing towards youtubers who have more money than common sense.
O

FStubbs said:
Serious question - won't a PS5 out perform this in the real world?
Click to expand...

What is this? covid era Miner craze prices with the sole purpose to exploit the customer? Yeah MSI can just go **** off with this shit.

Looks like a series s or one s on steroid

baphomet said:
you've made it very clear you don't even understand PC's.
Click to expand...

I could say the same about all those manufacturers releasing gems like this.
You must log in or register to reply here.