Kev Kev said:
just realized i could play shining force 1 and 2 on my phone (with ads) and i am super excited... just wish the controls felt better. oh well, they work well enough for free.
Click to expand...
I think you can pay a dollar or two to make the adds go away.
Reactions: Kev Kev


So it wasn't Virtua Fighter 6 or the Saturn Mini. However, SEGA are planning "a variety of special contents" to commerate their 60th anniversary.
Click to expand...
Wait, why isn't he assaulting people in this video? While it's good that they got his son on board as the new mascot, how do they expect more people to play Sega games without the threat of extreme violence . This pop idol boy just isn't going to cut it.

I will never forget HIS ULTIMATE SACRIFICE!

If only there had been a counter keeping track of all the hours of my life I've spent in the green hill zone...

This Megadrive port of the Shinobi arcade game is coming along really well:


While the colours are different due to the limited palette of the console, in some ways it looks better than the arcade (although I prefer the more colourful ninjas of the arcade one)
Reactions: hariseldon and Laconian Sword 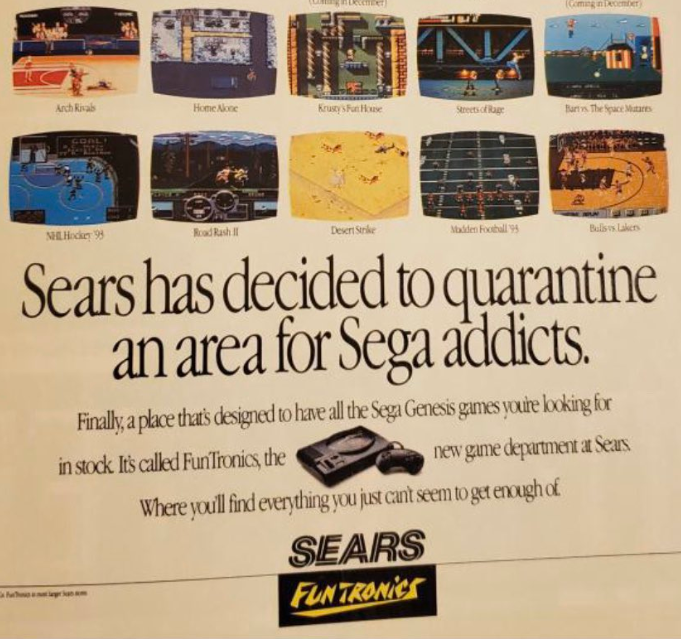 Anyone else playing Sega games during this quarantine/lockdown period? I'm making my way through Shining Force for the first time. All good so far.
Reactions: hariseldon, Starlight Lotice and SLoWMoTIoN

Did anyone buy the pop-up arcade book? i was tempted, but it was a little too pricey for me. A cool concept though.

From one of the developers of SoA and Sakura Wars:

Based but sad at the same time.

Right now playing Yakuza 3. About to finish it and jump to Yakuza 4

Mista said:
Right now playing Yakuza 3. About to finish it and jump to Yakuza 4

This series needs more love
Click to expand...
Good choice. you can pretty much spend as much time as you want playing a Yakuza game. The 3-5 collection could easily keep a person entertained throughout the quarantine.
Reactions: Mista

I'm nearing the end of Judgment and it's been incredible. I think I like Yagami as the main character even more than Kiryu.

Still have Yakuza 3-5, 6, 7 and Fist of the North Star to go. I've never seen story quality like this ever in games; even the critically acclaimed ones are usually pretty cringey and my tolerance for that is low.
Reactions: Kazza and Mista

Kazza said:
Good choice. you can pretty much spend as much time as you want playing a Yakuza game. The 3-5 collection could easily keep a person entertained throughout the quarantine.
Click to expand...
Mind you they are all replays. Had to get the collection just to support the series

Laconian Sword said:
I'm nearing the end of Judgment and it's been incredible. I think I like Yagami as the main character even more than Kiryu.

Still have Yakuza 3-5, 6, 7 and Fist of the North Star to go. I've never seen story quality like this ever in games; even the critically acclaimed ones are usually pretty cringey and my tolerance for that is low.
Click to expand...
I like Yagami too but Kiryu is the top man. Have fun! You're in for an intense story and amazing games
Reactions: Kazza and Laconian Sword

Finished Yakuza 3 now at the beginning of 4. Great to play them again in 1080p/60fps

Laconian Sword said:
I'm nearing the end of Judgment and it's been incredible. I think I like Yagami as the main character even more than Kiryu.

Still have Yakuza 3-5, 6, 7 and Fist of the North Star to go. I've never seen story quality like this ever in games; even the critically acclaimed ones are usually pretty cringey and my tolerance for that is low.
Click to expand...
Fist of the north star is the only game of theirs I never beat. The final gauntlet of enemies before you actually get to the final boss was too much for me.
Reactions: Kazza

Mista said:
Finished Yakuza 3 now at the beginning of 4. Great to play them again in 1080p/60fps
Click to expand...
I remember 5 being the roughest in terms of framerate. Just walking around that first city with Kyriu, it must have been 25 tops.

Speaking of Yakuza, it's been a while since Kiwami 2 was released on PC. Yakuza 3 is long overdue.

It's good to see Super Hang On getting a little bit of attention. It was an important game for Sega, but is often overshadowed by Outrun.

It's funny when he tells the story of the Sega of America employee thinking he was going to get sacked, where actually they were calling him in to show off Super Hang On, which went on to become a massive success in the US.

Home ports of super-scaler arcade games tended to be a little hit or miss, but both the Master System and Megadrive ports of this were very solid (a liked the added depth they gave the 16-bit port, with the ability to buy bike parts etc).

The soundtrack is great too. I think this might be my favourite:

Last edited: Monday at 6:14 AM
Reactions: hariseldon, Laconian Sword, Kruza and 1 other person

Here is a twitter thread from one of the animators currently working on TLOU2. It talks about how AM2 helped pioneer many modern 3D animation techniques still used today. It's good to see AM2 getting some recognition:

There is more, so it's worth clicking through to the thread if interested. Many of the clips used in the thread appear to be from this video:

It's rare to get an insight into Sega Europe in the 90s, so this recent translation of a 1992 interview with the head of Sega Spain is pretty interesting

Later, Pastor served as an advisor to Sega from 1987 until he became its president in 1989. Pastor was a major advocate of the Mega CD, and he tried desperately to get its price reduced in Spain. He convinced the head of Sega Europe, Nick Alexander of the need for a lower price point, and went as far as traveling to Japan to make his pitch to Sega CEO Hayao Nakayama personally. “I went to Japan myself and told him two things that I thought needed improvement,” he later explained. “The first was that the older consoles should not be killed off when a new one came out, as happened with Master System and [later] Mega Drive. The other, the price.” He also suggested that older games be ported to the Mega CD, but Nakayama reportedly disagreed because they would not demonstrate the new machine’s capabilities. No agreement was reached, and Pastor left, frustrated.

The Mega CD’s subsequent failure disillusioned him further. Pastor left Sega in 1993 and returned to music, where he continues to perform and tour.
Click to expand...
Mega Force: JVC, Amstrad, in its day IBM… It seems that Sega has a good collaboration policy with other companies. Is Sega thinking about any other “partnership?”

Paco Pastor: Well, it’s true. Right now, I’d say that our most important partnership is with Sony, which I think is a very interesting one. You know Sony is a dragon with many heads: it has its RCA studios, Sony Music or CBS… Additionally, this partnership guarantees what Sega has always looked for: to work with a company that could provide technical development, and that is precisely what Sony has. That said, it’s a two-way partnership. It isn’t just about giving another company a license to manufacture something Sega’s already made. Imagine what it would be like to have all the Indiana Jones movies in video game form on the Mega CD!
Click to expand...
Mega Force: Game Gear – for general consumption or a luxury?

Paco Pastor: It’s never been our philosophy that the Game Gear was a product for general consumption. The Game Gear, by concept, is not designed to be a product for general consumption. It’s a product for a more “enlightened” public, not the consumer who follows trends in the portable market. The phenomenon of the portable console is one of trends, a phenomenon of the masses. The Game Gear is absolutely not a large scale sale, and it can’t be part of that trend for many reasons, starting with its price. All of this makes the demand much more selective, more educated, and at a higher level. The product itself becomes a premium choice within the market.
Click to expand... 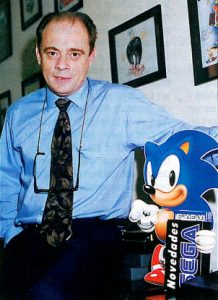 
Sega ended up getting screwed by both Sony and Microsoft soon after collaboration! It's interesting what he says about the Game Gear. I guess he thought the price would just be too high, so wanted to market it as the premium handheld.
Last edited: Today at 7:07 AM
You must log in or register to reply here.
Share:
Facebook Twitter Reddit Email Link
Top Bottom