Everything is a hint now. If they are not saying anything, that's the biggest hint of all because they are obviously hiding something.

Was he asked about Nintendo’s plans for future acquisitions or what the company’s plans are for increasing their services?

Another subpar and inferior console. Yay.

Nothing in that statement at all which points to a "new" system in the way people on GAF would interpret "new".

Seems to say more that:

With this release schedule for new hardware and Nintendo Switch having just marked its highest sales in its fourth year on the market, we do not have plans to announce a new model.
Click to expand...

(1) There are no plans currently for a completely new device in the Switch family
(2) They're still trying to bleed people dry by releasing models with new skins (literally just a new skin, think about it, stop buying this shit)

this will also drive increasing demand for a second system among the Nintendo Switch family of systems
Click to expand...

for sales to grow even further, we will need to communicate the appeal of Nintendo Switch as a video game system to people who have not yet bought one as a result of our past initiatives.
Click to expand...

I mean seriously he said absolutely nothing of substance whatsoever.

Only thing you could read into is that he said "we do not have plans to announce a new model", meaning he neither confirms nor denies the existence of a new model/the development of a new model. Makes perfect business sense that they wouldn't be in any rush to announce a new model when Switch sales are through the roof. It's not like traditional consoles where Playstation and Xbox are second-guessing each other and playing a game of chicken regarding who announces first.

Nintendo can take as long as they want (and they will because the margins on Switch must be enormous considering the age of the hardware inside).
Last edited: Feb 6, 2021

Nico_D said:
Everything is a hint now. If they are not saying anything, that's the biggest hint of all because they are obviously hiding something.
Click to expand...

Improve the Switch UI/Features at least

All I really need to be happy is Folders.

I don’t see the point of them releasing a switch Pro. The original one is a money printer, they might as well keep making games for the current switch and then jump to a completely new console/handheld in a few more years.

Switch gamers don’t buy Nintendo games for 4K, 120fps and ray tracing that experience can already be had with next gen consoles and PC.
Last edited: Feb 7, 2021

No shit sherlock. Anyone with a brain would know they are making another one.

I don't think you're reading this quite right. He addressed (unless the translation is screwy) hunger for a second device in the "nintendo family of systems," not among families who own Switch systems.

And like you said, he's neither confirming nor denying a new model. They could announce it tomorrow without being accused of misleading their shareholders.

That being said, yeah, there's not much of a "hint" to go on here, much less a nod or a wink.

I want to read his answer as ‘we’re not announcing Super Switch until immediately after all you chumps have bought the Mario and Monster Hunter editions’.

I'd they do release a new console, it will easily outsell Xbox or the PS5 if the supply is there, which will send some on this forum into a complete meltdown.

I don't apply logic to Nintendo anymore as they seem to defy it.
S

Of all console makers Nintendo is the one I want to design cutting edge hardware the most.

They are 2 generations behind the competition graphics wise now. 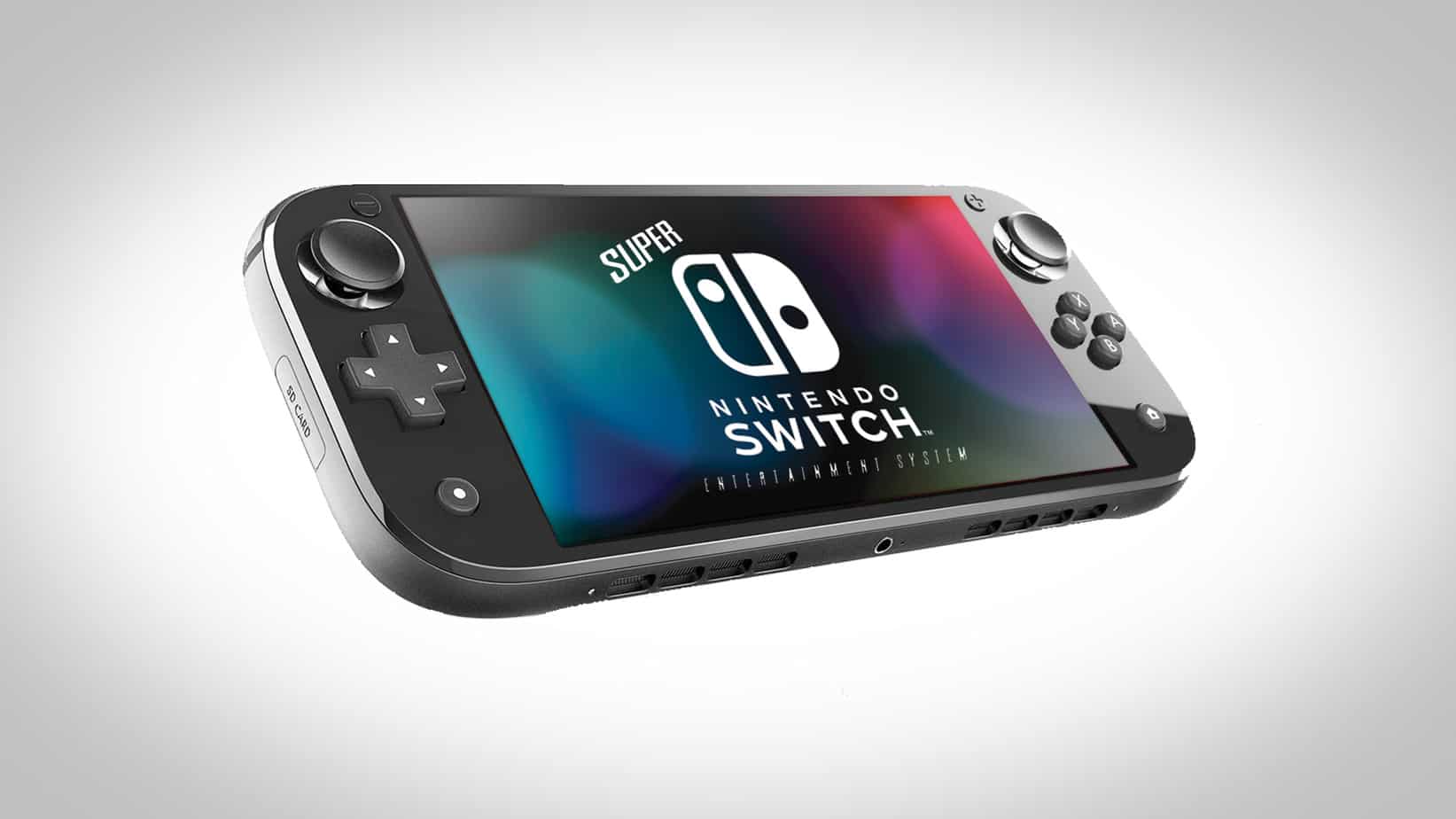 shenmue mugen said:
Of all console makers Nintendo is the one I want to design cutting edge hardware the most.

They are 2 generations behind the competition graphics wise now.
Click to expand...

Imagine a Switch with a 1080p oled type display that plays at 60 fps and at 2160p/30 fps docked and 4-6 hours of realistic battery life in demanding games.

Now imagine that same device having GamePass on it in order to stream games on your TV.

Zog said:
Oh man, you guys have to give this Switch Pro stuff a rest and just enjoy the damn console that you have!
Click to expand...

Well that's the issue with launching with archaic hardware - regardless of whether people like the software, people are speculating and wanting new hardware less than four years into the lifecycle.

Hezekiah said:
Well that's the issue with launching with archaic hardware - regardless of whether people like the software, people are speculating and wanting new hardware less than four years into the lifecycle.
Click to expand...

What could have Nintendo done differently for a Switch launch in early 2017 that wouldn't have negatively impacted the battery life or price?

I'm not a tech expert but my understanding was that Switch hardware wasn't seen as archaic for a handheld/hybrid platform launch in 2017 (not that it was cutting edge either, just that it was modernish.)

I just got a Switch last week!

You know what really would be exciting? If they finally would drop their illegitimate business practice to bind games to consoles, because they're the only ones doing that - everyone else binds games to accounts, which are even playable cross-generation, not to speak of in families across consoles!

Very strange practice for a company producing consoles for children never having heard of family accounts. Did you know that there are traveling companies billing families by checking that they have the same surname extra to sit together?

I once heard an audio transmission of a judge just giggling when she was presented that information, since then nothing happened. Seriously?

This isn't just hitting families, it's hitting everyone and for some strange reason unknown to me, only Nintendo always gets away with it!

If they don't call it the Super Switch I'm going to stop gaming permanantly and live in a mountain cabin because life won't be worth living anymore.

If New is in the title I might kill.

I am very hopeful of Nintendo unveiling a significant upgrade, with the name being Super Nintendo Switch. It's too perfect a name.

Maybe this is why they've been holding back on the Metroid Prime 4 information? I sure hope so.

As long as the next Switch still runs current cartridges I'll be happy. BC with the previous system is a staple for Nintendo handhelds going back to the Game Boy Advance and Wii with the Switch being the first one that wasn't BC with either the previous portable or home console since. It's understandable with the nature of the 3DS and the optical discs used on the WiiU, but it would have been nice to carry over my games another gen like I've done since the 90s. That said Nintendo has cleaned up with their re-released WiiU games so obviously it was a smart move in the end.


Ailynn said:
I am very hopeful of Nintendo unveiling a significant upgrade, with the name being Super Nintendo Switch. It's too perfect a name.

Maybe this is why they've been holding back on the Metroid Prime 4 information? I sure hope so.
Click to expand...

There's probably not enough Metroid Prime 4 to show yet. I think scrapping a whole game and starting over might be harder than just starting from scratch. I don't even want to know how everything must have gone down with the original game. I just picture Nintendo sending the Yakuza in. There's no way Metroid Prime 4 will make it out on this Switch unless they lube it up before they jam it out the door. Retro doesn't tend to rush things so I don't even think it'll be a launch title. I think it'll be an 2nd-year title for whatever comes after the Switch.

Had me excited over nothing.
You must log in or register to reply here.

Nintendo Switch Is at the Midpoint of Its Life Cycle and Can Still Grow, Says Furukawa
2 3