Offering yet another example of the trade war will inevitably drive more companies to move manufacturing out of mainland China and to Taiwan or Vietnam instead, Nintendo is shifting production of one of its most popular gaming consoles to limit the impact of US tariffs. 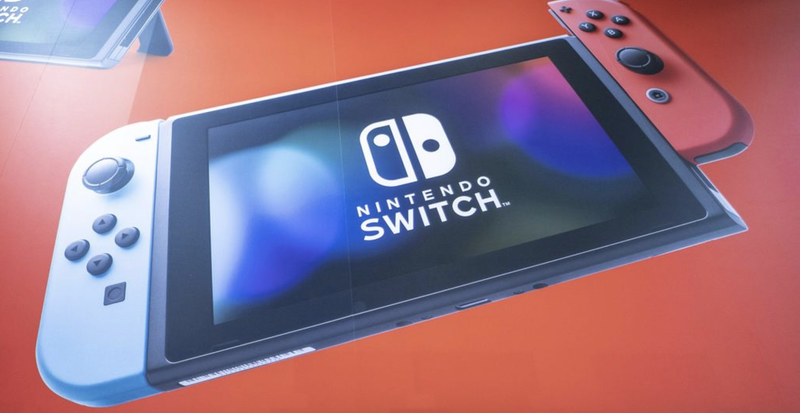 Nintendo Co. is shifting some production of its Switch videogame console to Southeast Asia from China to limit the impact of possible U.S. tariffs on Chinese-made electronics, said people who work on Nintendo’s supply chain.
[...]
Kyoto-based Nintendo has traditionally relied on the Chinese factories of contract assembly companies to make its videogame hardware.
That includes the Switch console, introduced in 2017.
The Wall Street Journal reported in March that Nintendo planned to update the Switch this year with two new models. One is set to look similar to the current model with beefed-up components, while the other is expected to be a less-expensive model with a new look.
People involved in the supply chain said production in Southeast Asia has started for the Switch, including the current type and the two new models, suggesting Nintendo is getting ready to introduce them soon. They didn’t give specific volume figures but said Nintendo wanted to have enough units to sell in the U.S., the largest market for videogame consoles, when the new products go on the market.
Click to expand...

Since Videogame console makers tend to sell their devices at thin margins, in the hopes of earning higher profits on sales of more lucrative games, the move suggests Nintendo is trying to avoid selling its Switch handheld consoles at a loss.

Videogame platform owners tend to sell hardware at a thin profit in hopes of earning revenue from more-lucrative software sales. If Nintendo had to pay a 25% tariff to import its consoles into the U.S., it might be forced to sell them at a loss—something the company has said it wants to avoid.
For the Switch, the latter half of 2019, including the holiday season, is a key period to lock in sales because competitor Microsoft Corp. , maker of the Xbox One, is planning a next-generation console for the 2020 holiday season. Analysts say they expect the new less-expensive model of the Switch to sell for about $200, down from about $300 currently, to propel sales.
Click to expand...

The fact that Nintendo's decision comes just a day after a senior Foxconn executive said Apple's biggest manufacturing partner had the capacity to move its production outside of China presents an interesting and important message about how quickly global supply chains will change as the trade spat with China intensifies, according to Bill Blain of Mint Partners.
Presumably, it's a sign that companies aren't waiting around to see if Trump and Xi manage to come to an amicable solution in Japan later this month. Many are already assuming the trade spat between the world's two largest economies will persist for months, if not years, and that the US will eventually slap tariffs on the rest of the roughly $300 billion in Chinese imports that haven't already been impacted.
Click to expand...

Foxcon has another plants in the world, so maybe won't be that bad?

deriks said:
Foxcon has another plants in the world, so maybe won't be that bad?
Click to expand...

Foxconn already annouced it is ready to produce all Apple stuff outside China so maybe it won't be that bad as you say.

I don’t know much about supply chain, but I would guess USPS doesn’t ship the massive amounts of pallets of Switchs that Nintendo requires around the world. There’s probably also no way to dodge the tariffs if a good has been hit with them.
Last edited: Jun 12, 2019

As contraversial as it sounds. This is a good move by companies that overtly rely on China.

China have their fingers in too many pies so this can only be good for Taiwan/Vietnam's Economy.

Good I mean have you seen the state of Foxconn workers. They're like the Soul Shriven in Elder Scroll

Though reading it seems like they're gunna get cheap poor labour elsewhere which is just as shitty
Last edited: Jun 12, 2019

I don't live in the states, but I would be surprised if companies could just bypass economic sanctions just by using USPS's services...
Reactions: DanielsM
Z

100% of the components come from foxcon China, this is a sneaky origin via assembly move to sidestep the tariffs. Chinese companies are starting to do the same. They ship everything to Vietnam and assemble there. Neither SK nor Vietnam have the supply chains to support large scale manufacturing of electronics. Not even Japan can do it anymore.
Last edited: Jun 12, 2019
You must log in or register to reply here.