Welcome to the Persona Community Thread. This thread has been created as a place to discuss all things around and about the Persona series, both within its mainline games as well as various spinoffs and re-releases.

Spoiler policies have been updated. The full post is below, but the gist is as follows:

Major plot points need to be spoilered. This applies to all games. This includes things like character deaths and antagonist reveals. Generally speaking, it shouldn't be difficult to work out what constitutes as a large spoiler, but if you're unsure, mark it first and then ask someone.

In regards to Persona 5, we're allowing anything released in official media to be fair game, but anything beyond that needs to be spoilered. This includes discussing, embedding or linking materials not officially released by Atlus.

Sophia wrote some handy dandy guidelines if you're super unsure.

Dantis said:
We need to discuss spoiler policies. FUN TIMES.
After many moons of consideration, my thoughts are as follows:

In regards to Persona 3 and Persona 4, I feel we should show some degree of consideration. Things like character deaths, or the reveal of the Persona 4 antagonist, should be spoiler marked. I don't think it matters how old the games are, because Persona is a series whose popularity has only really come into play in a big way since the release of P4G. And we can all say "But P4 came out in 2008!", but we all know that a lot of people first got into it with P4G, including many people in here. As far as things like super-bosses, I personally wouldn't consider them a spoiler, but it's difficult to cover everything in the games, so just use a bit of common sense. And if it bothers someone, then just spoiler it. It's not a big deal to highlight a word and press the spoiler button.

In my opinion, anybody should be able to enter this thread, and talk about Persona, without having the story spoiled. There is a moment in P4 that is a lot better if you haven't been spoiled, so in my opinion we shouldn't.

In regards to Persona 5, after discussing it with Sophia, I think that maybe we should say that all officially released media (As in, by Atlus, not leaks or whatever) is fair play. At a certain point we're going to want to talk about why scrunchie-chan is the most kawaii party member.


Whatever we decide upon, I want people to follow it, please. I don't care if some members don't like it, and I don't care what the rules are in other forums. What we decide in here is what goes. And I'll do my best not to say things that get me banned, also.

Sorry for bringing down the mood, love you all!
Click to expand...
This is a thread for people who are passionate about Persona, and different people consider different things to be spoilers. Some people will want to go into the games entirely fresh, and we shouldn't hinder that. Being NeoGAF, all new media will have its own dedicated thread anyway, so if you desperately want to talk about something without tagging it, those threads would be the place.

Outside of these specific rules, the same rules as other Community Threads applies. Be civil with people, mark your spoilers, and where possible, try to stay on topic.

The IRC Channel is a place to chat with this community, but without being restricted to discussing Persona. It is almost always occupied and a great place to just hang out.

The guys who use the IRC have also opened a Discord channel, which is another alternative way to participate within the community.

We also have a Steam group, which gets less use now due to the IRC. However, it's still a good place for one-on-one conversations and a good tool for the community.

Most of us have, use and interact with each other on Twitter. I'm not going to list everyone's user names, but I'm sure that if you wanted to follow someone, they'd be happy to give out their Twitter handle.

FluxWaveZ recently opened up this Persona fan site, with the aim to create a place to keep a reliable, consistent update of the most recent Persona news.

S Link FM is an RPG themed podcast hosted by a handful of guys from the Persona community. Aside from covering many Persona related topics, they have also interviewed many of the actors from the Persona games, such as Karen Strassman and Erin Fitzgerald.

Aside from these projects, we have lots of smaller things going on. Various people stream games (Often SMT related). ShmeebAlina, Arue and Jintor contribute occasional art. TheTrueSelf creates various wallpapers, avatars and whatever. There's a lot of stuff going on.

So that's us. Hopefully you'll like it here enough to stay.

AKA the thread that will welcome the best game of all time.

I #BELIEVE that this will be the thread in which Persona 5 is released - at least in Japan.

It's clear we're not getting anything else this month, so my fingers are crossed for next month. If we don't get anything for Persona 5 next month then

FemC has not been forgotten.

Great OT, I hope everyone here will have a blast playing Persona 5 in the "near" future!
R

I cant wait until DAN gets a western release, so that we can start up some competition at that game

That, and we should get around to organising some Ultimax playdates, being at Evo reignited my love for that game!
N

Nice banner. We will get our release date this thread, one step closer to emancipation v.v
O

Ruin is my vote.

KenjiGlove said:
FemC has not been forgotten.

Great OT, I hope everyone here will have a blast playing Persona 5 in the "near" future!
Click to expand...
She will never be forgotten. 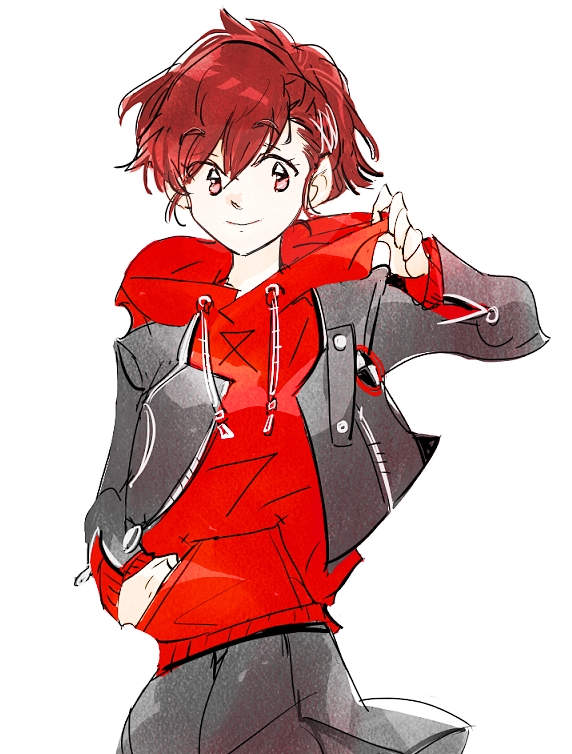 Heh, that salt on Tatsuya's face.

I still have faith.

jello44 said:
She will never be forgotten.
Click to expand...
Worse than dead...not cannon

She's still one my favorites of the Persona protagonists, next to Maya
M

Click to expand...
yay first wall of shame i've gotten on. I think.

This will be the thread where Persona 5 will come out.
K

MSMrRound said:
She will never get added to Persona Dancing All Night ;_;
Click to expand...
Hatsune Miku is more canon in the Persona universe than FemC.
S

MSMrRound said:
She will never get added to Persona Dancing All Night ;_;
Click to expand...
they could at least put labrys in instead of fucking miku...
M

DNAbro said:
This will be the thread where Persona 5 will come out.
Click to expand...
...or will it be?
R

It will arrive 2015, proving the tag will be outdated by then.

This will be the thread where Persona 5 will come out.
Click to expand...
I was right under that. 325.
S 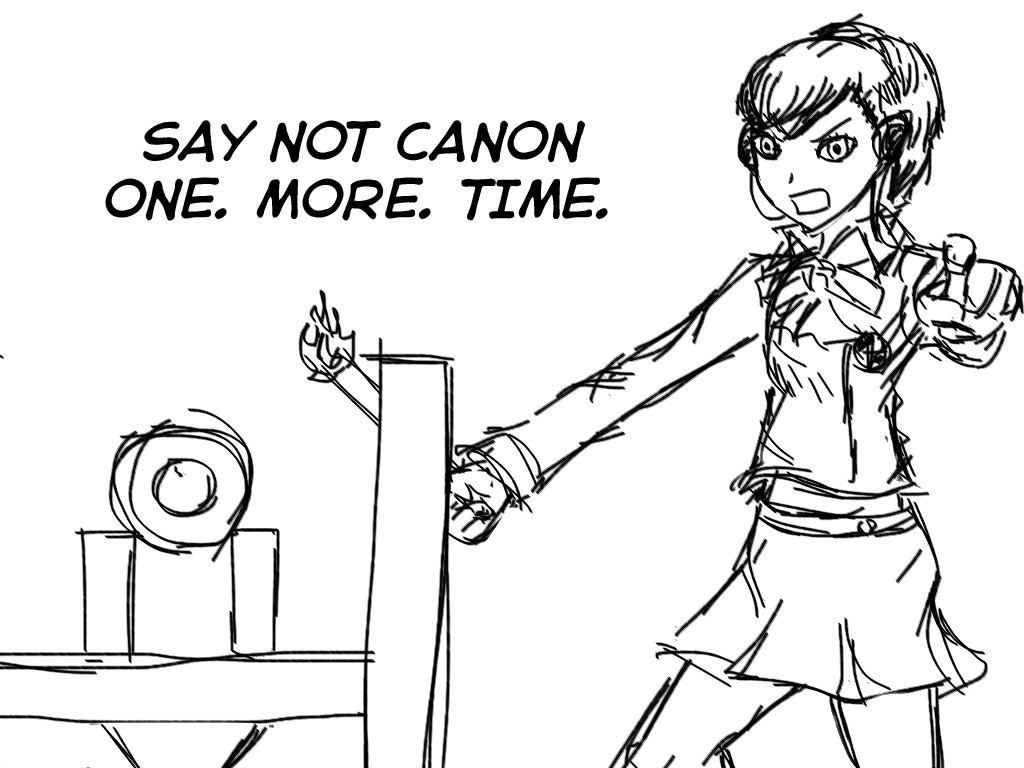 How many more OTs can we get before P5? D:
N

Genei Ibun Roku #FE will not be released in NA during this OT.

Reanimatoin said:
I cant wait until DAN gets a western release, so that we can start up some competition at that game
Click to expand...
I've already organized a couple for the import OT. I'll do more after the NA release.
L

I'm so ready
for Miku
C

or team "next week in famitsu or on the website"
R

DNAbro said:
This will be the thread where Persona 5 will come out.
Click to expand...

Didn't posted in the other thread (well, barely did), but it just feels wrong not to post something in the new thread...

Now, will this year be awesome, or we'll fall into our ruin?
S

Nimby said:
I think we will have the game in OT9
Click to expand...
I don't know, I think if they start releasing more info with less delays this threads might pick up a lot of speed.

I hope we get it as early as possible. And I hope, being European, I won't have to import it because it will come out in Europe "Soon".
A

Since OT7 took 8 months to fill up, I'm sure P5 will come out during this OT.

Er, didn't realize the old topic was that close to the end.
O

P4 Arena: "Labrys you are our new best friend and we are friends forever and ever"

"But you're not invited to go dancing with us."
S

So like, Persona Q is a pretty fun game eh? Instant killing foolish shadows and not afraid of anything...

And DAMN I wish I was LUCKY number 7. OH well.
R

Click to expand...
I am super intent of keeping my posts JUST outside of that top 10 mark.


So I can lie to myself about maintaining a real life :'(
J

^I feel like we've been saying this on the first page of the last few threads You should go back and read the early parts of |OT7|, so hopeful lol
P

I sold my Vita and games yesterday, but kept Persona 4 Golden as the only one, so that I can complete it some day on Vita TV.
S

Just imagine if Persona 5 doesn't come out on this thread...
Anyway, HYPE !
P