Due out this summer. 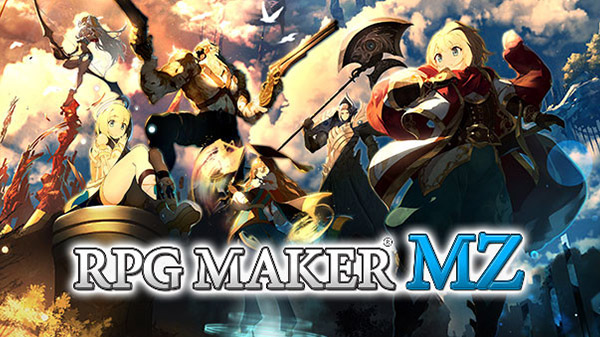 If you love games, surely you’ve thought at least once, “I wish I could make a game myself.” Programming, however, is a huge obstacle that stands in your way. Coming up against such a challenge, perhaps most people have given up due to the difficulty involved.

That becomes quite a loss for the entire game industry, because from among the ideas discarded, there’s bound to be creations that could lead to huge, earth-shattering hits.

The RPG Maker series was created to answer the wishes of all kinds of people who have found themselves saying, “I want to make a game without learning programming,” or “Could anyone really make a game so easily?”

A Tool Designed to Make Games

RPG Maker is known in Japan as RPG Tsukuru. “Tsukuru” is a coined term that, in a literal sense, combines the Japanese words for “make” and “tool.” This signifies that RPG Maker is a tool that is designed to make games. Within RPG Maker, we have already programmed the basic operations that support RPGs. You can make games easily by just combining settings for game components that are comprised of the main character’s parameters and enemies’ movements.

Create an Original Game with Ease!

As samples, we have prepared a wealth of resources comprised of drawings and music that are needed to make games. All you need to focus on is giving shape to your own ideas.On top of that, for anyone looking for something beyond the samples already provided, we have set aside a vast collection of additional downloadable content intended for the RPG Maker series.

By using these assets in combination, you can create a game that’s absolutely full of originality.

Throughout the long history of the RPG Maker series, its most popular product has been RPG Maker, itself. We have now decided to release its newest version, RPG Maker MZ, in the summer of 2020!

We have installed new functions and augmented existing functions that have already played a key role during game creation up to this point. For reasons such as this, RPG Maker has become more powerful than ever!

I have at least two versions of this on Steam. I play with the map editor, then get overwhelmed and quit.

DiscoJer said:
Do they even make 1280x768 monitors anymore?
Click to expand...

I'm curious. Can you/will you be able to make the battle system look like NES/SNES Final Fantasy without having to code/use scripts?
K

Please tell me this is using typescript
C

kevm3 said:
Please tell me this is using typescript
Click to expand...

I put a ton of hours into MV and made a cool little RPG with it and had a blast. I'm definitely interested in this.


Khalid M. said:
I'm curious. Can you/will you be able to make the battle system look like NES/SNES Final Fantasy without having to code/use scripts?
Click to expand...

I have VX along with a bunch of DLC from some bundle. And I've always been intrigued - just not enough to dive in. I'm glad it exists for those who will ultimately produce interesting content though.

Unlikely, since they switched to Javascript with MV already.

As I am currently playing around with a fresh project in MV, I am looking forward to this. I am very curious if it will be worth holding out and waiting for MZ or if its new features will not be interesting enough. Even if MV is less capable out of the box, it does have a solid library of plug-ins at this point which MZ will not have at the start.
Last edited: Jun 12, 2020
You must log in or register to reply here.