-MD- said:
The Revelations games were terrible so if this started out as one of those my expectations are low.
Click to expand...

Apparently it started as RE8 but was changed into Revelations 3, but was then changed back into RE8.
Which kinda makes it even worse.

Imagine making a Resident Evil game and figuring this would fit better as a Revelations title. Wouldn't be interested in playing that game at all. And then almost completing that and figuring hey let's make this a mainline Resident Evil title. I mean, the idea and content of the game was so un-RE that they had to make it a Revelations game, and then made it a full blown Revelations title but now claim it should be a real RE game. I can't see how putting it through a mixer like that would make a consistent real RE game.

But then again RE4 was the last time I've liked any Resident Evil game and I'm not really interested in the series anymore so I'm biased.
Reactions: Fushitsusha and -MD-

Mato said:
You can get RE7 from CDkeys for 7 euro. It's been aggressively discounted, more so than most other mainline games in the franchise, for most of its lifetime. I consider myself an RE fan and yet I haven't played the game because I find it far too morbid and borderline depressing. I really don't think the game's sales number are indicative of its impact.
Click to expand...

I'm on board with it. I don't think RE7 is nearly as good as people claim, but I think there is potential to explore more of that style of gameplay--I like the more adventure-game style feel of it, but having annual RE games are gonna get tiring.

According to Dusk Golem, the primary locations are the European Snowy Village and Castle like the previous leaks stated, and that's something I'm 100% down with. Not that I'm a stickler for a game being realistic, but the developers can may wild traps and puzzles fit more authentically into an old castle than, say, a residential estate or a police station. Plus, castle settings, especially while snow is hailing outside, are awesome.

- There are 3 stalker enemies, and one of them is a... trickster witch?
- Ethan, Rebecca and Chris were the main protags when the game was Revelations 3, but since it became RE8, Rebecca was cut. He's not sure about the statues of Ethan.
- Started development as RE8, but the higher ups were concerned that it was "too weird", so it was going to be scrapped. The team was so passionate about this game that they fought to get it made. They eventually were given the go ahead to make it under the Revelations 3 title, but after testing with the game was so overwhelmingly positive, it given a bigger budget/team to beef it up to be a mainline entry, as well as an extra year of development.
-During the time this was being developed as Revelations 3 (which started in 2017), another game started development as RE8. Now that Revelations 3 is RE8 again, the other RE8 is now going to be RE9, and that game is years away.

Sales figures isn't what made this game. The development of this game is SO much more fascinating than many probably imagine, I'll love to talk about it in detail in the future but can't yet as it includes spoilers and some things better for someone else to reveal.

Essentially what happened is this game came into creation and was kept alive by pure passion of some of the devs. So this game was ORIGINALLY RE8, but in late 2017 it got turned into Rev 3 and stayed like that through most of development. A big reason the game did not go under was huge support by one of the series producers who kept pushing for this title to be made. Others in the company weren't as sure what fans of the franchise may think of it or that it might be "too weird" for Resident Evil.

But as Revelations 3 the game was 95% done late last year basically, it was fully playable and just being polished. They did some internal testing, and the reception to that was far, FAR more positive than they were expecting. People who didn't work on the game but work at Div 1 also played it and were surprised how good it came out.

The Ambassador Test held last year was to test it with more direct fans as they were toying with the idea of it being RE8, but they weren't sure what fans would think. However, the test, plus some other stuff (and especially the fact the other RE8 was years away from completion), meant Revelations 3 got an upgrade.

But the existence of the game has nothing to do with anything, it was a pure passion project by some people on the studio, which managed to be made and was originally kinda' thrown into a Revelations game as it's a side series, but due to circumstance and the actual quality of what was made, it gets a bigger chance to shine and gets an additional year to build onto it, polish it, etc.
Click to expand...

I am very interest to see this unusual kind of themes smash together in one title.
Essentially we have Silent Hill, but the actually monster are illusions made by mutants, hahaha!!
This is freaking awesome in my book if true!

I hope the "occultism" rumor isn't true. Resident Evil was never about that sort of subject and if you wanted that sort of a theme, (though not completely) there was always Silent Hill.
G

Sadly seems they are tripling down on stalkers, that shit is ruining the franchise worse than punching boulders and john wicking zombies. Its the worst part of 7, the worst part of 2 and now 3. Cut it the fuck out.

I also did not care for the generic Texas Chainsaw mixed with The Ring girl horror atmosphere of 7.

This one having werewolves and zombie knights in a mountaintop castle sounds much better to me tho, closer to RE4, even if different for the franchise. Makes me wonder if they are toying with different horror themes for each game, like this one trying to model itself after classic monster films like Dracula and the Wolfman.

And capcom is back. With shitty decisions

If you intend to put werewolves in RE8 ... 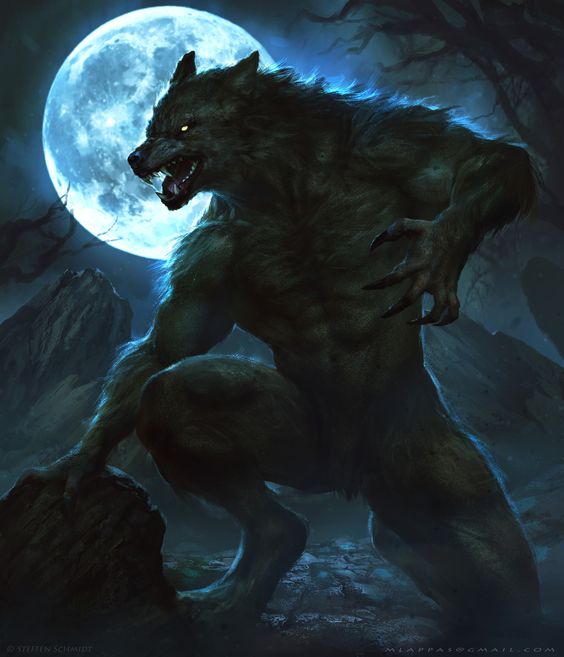 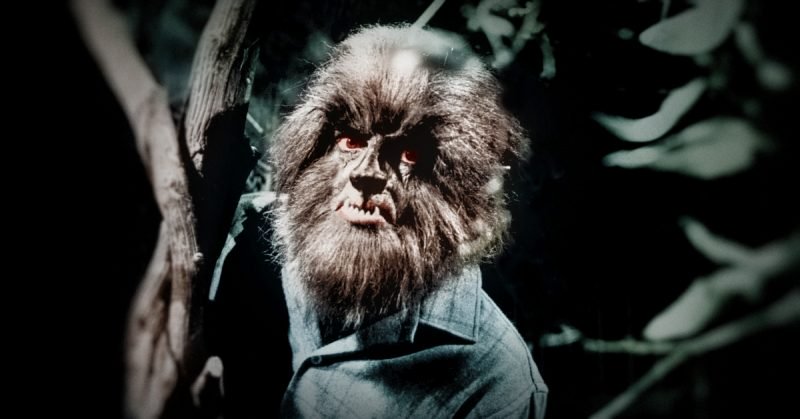 Nickolaidas said:
Capcom scrapping past project and rebranding them or turning them into something else isn't anything new. A scrapped RE4 project ended up as Devil May Cry, which basically became the "DOOM" of the 3rd person hack and slash games.

So don't sell the idea short. Something amazing may come out of this. A Resident Evil with ghosts and werewolves makes me excited and cannot wait to see and read more.
Click to expand...

I'm aware of the first paragraph. It just seems like Capcom is trying to make quick cash grabs and oversaturate their own franchise instead of taking their time with it instead.

RE 7 is only ahead of Revelations 2 but behind REmake3, REmake2 and both Evil Within games for me this generation. RE 8 being first person is strike one and it going more in a supernatural direction turns me off.

I see REmake2 as the blueprint to what RE should be. Instead, Capcom wants to keep changing it all the time and then wonder why it fails and needs to be rebooted. But hey, if you're into it, hope you enjoy it but for me, it's an easy pass.
Reactions: vpance and TGO

I really do not like first-person games, but I will give this a try (assuming the rumour is true).
The good thing is that in 20 years they will have a third-person remake.

I like how they are kind of following the RE4 path of cults and other monsters that aren't traditional zombies, mix in hallucination psychedelic mindfuckery for the win (assuming rumour is true).
Last edited: Apr 5, 2020

Nickolaidas said:
SOURCE: Dusk Golem (yeah, a lot of people are going to stop reading after that
Click to expand...

Capcom : Release two fantastic remakes of 2 and 3 giving fans hope that same sort of style can translate into something new and different in RE8

Also Capcom : Rumored to release RE7 2.0

If you intend to put werewolves in RE8 ... 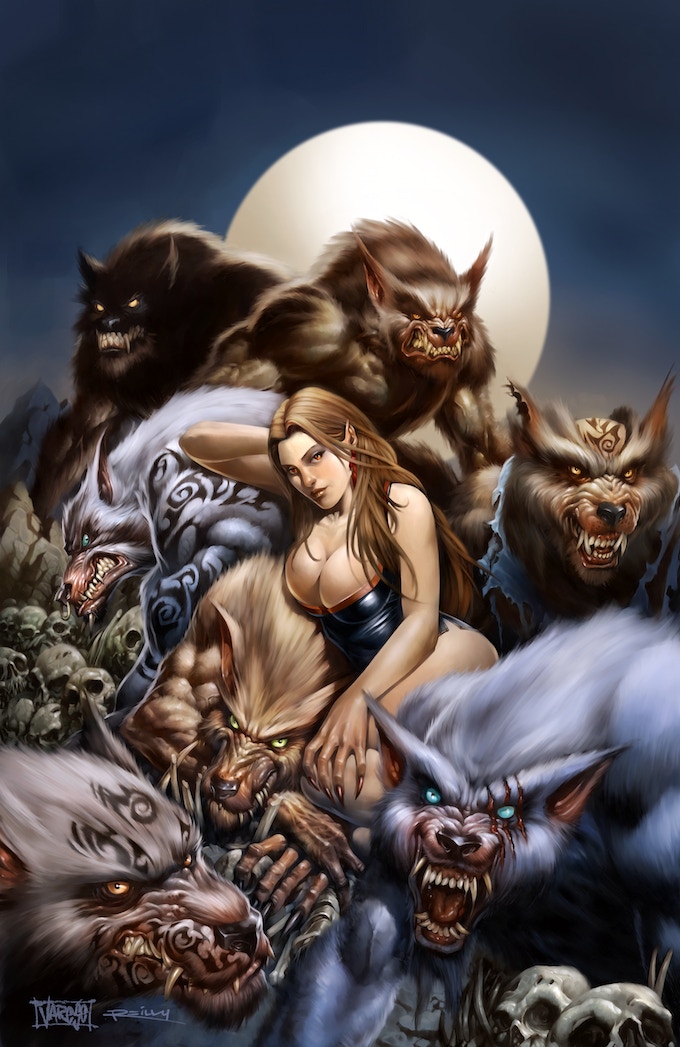 I just hope its more like the first half of RE7 and not the second half.

I never played RE7 without VR and because of that, it's in my top 3 of the series.

The "is it science or is it supernatural?" idea reminds me of Haunting Ground and of course as others have pointed out Resident Evil 3.5

In fact wasn't it rumored that Haunting Ground is the same world as RE and that Hewie is "that dog" you see in RE4?

If RE8 actually officially acknowledged Haunting Ground as the same world I'd flip the fuck out.
Last edited: Apr 5, 2020
You must log in or register to reply here.