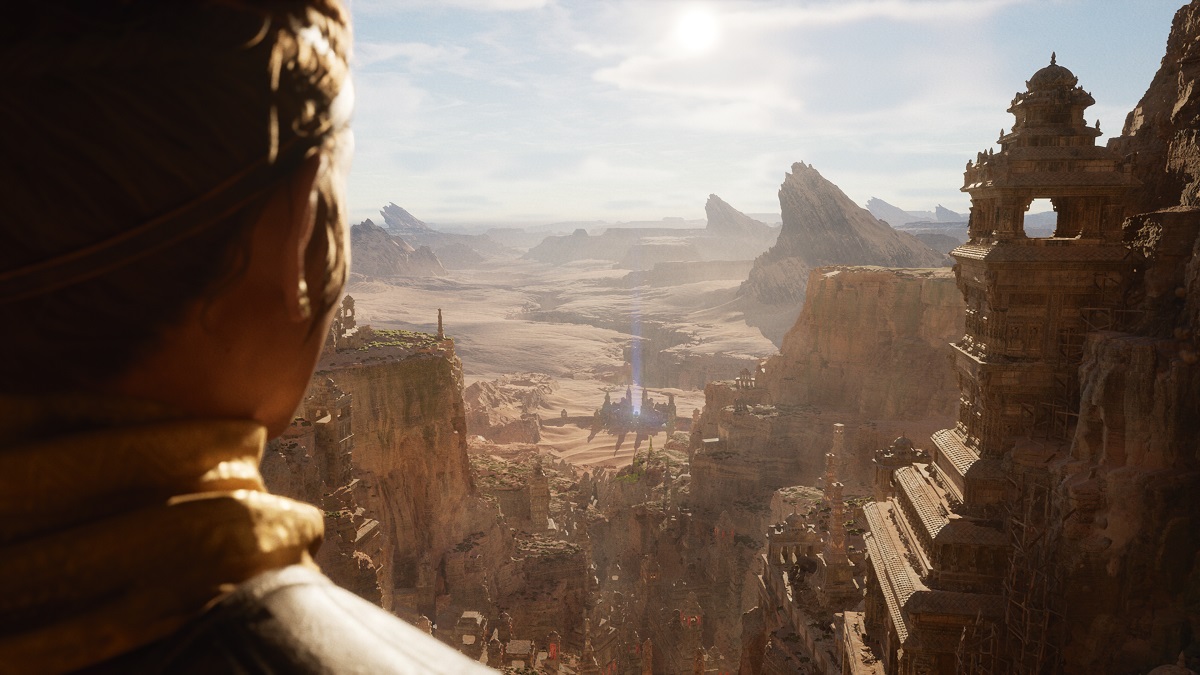 Sony has invested $250 million for a minority stake in Fortnite maker Epic Games, the companies announced today. With the new money, Epic Games has raised $1.83 billion to date.

The companies said the deal cements an already close relationship between the two companies and reinforces the shared goal to advance the state of the art in technology, entertainment, and socially connected online services. This close relationship was underscored in May when Epic first showed the upcoming Unreal Engine 5 graphics running on a PlayStation 5. As the company itself has disclosed, Epic Games raised $1.58 billion to date in three previous funding rounds. In 2012, the company received a $330 million investment from Tencent for a 40% ownership stake.
Click to expand...

Under the deal, the investment enables Sony and Epic to broaden their collaboration, with Sony’s portfolio of entertainment assets and technology and Epic’s social entertainment platform and digital ecosystem (think Fortnite’s increasing use as a social space or the Epic Games Store), to create unique experiences for consumers and creators. The closing of the investment is subject to customary closing conditions, including regulatory approvals.

Epic confirmed it will still be able to publish to other platforms. As noted, Sony is acquiring only a minority part of Epic Games, and it is not acquiring a controlling stake in the company.
Click to expand...

WHHHHAAAT? BUT SONY GAF SAID THERE WAS NO PARTNERSHIP?!?!?
Reactions: TurboSpeed, Genx3, the_master and 64 others

No wonder Tim Sweeny's been up their ass a lot lately.
Reactions: Barakov, Kagero, Larxia and 109 others

Well this explains all the gushing lately.
Reactions: Kagero, Genx3, Captain Star and 38 others

jshackles said:
No wonder Tim Sweeny's been up their ass a lot lately.
Click to expand...

It only took him putting out for 15 years to get this!
Reactions: Genx3, Dolomite, Tschumi and 9 others
N

I don't how this plays out. I know there's absolutely no way Fortnite becomes console exclusive obviously, or anything like that. But something will come from this.
Reactions: TurboSpeed, Dolomite, Handel and 4 others

Gee, what a shock. Can't wait to see to see Sony's PlayStation 5 exclusives day one on the Epic Games Store.
Reactions: keraj37, DarkArterialGore, Mikky and 18 others

And people thought Tim Sweeney's blatant promotion of PS5 was done on his own.

Obviously deal like this was in discussion for long time now....so we should take all epic quotes about next gen consoles with a pinch of salt
Reactions: Genx3, TLZ, draliko and 10 others

I'd love to see the responses of a handful of people, who adamantly argued against the possibility of a partnership between the two companies.
Reactions: Iamborghini, Genx3, Andodalf and 25 others

DoctaThompson said:
I'd love to see the responses of a handful of people, who adamantly argued against the possibility of a partnership between the two companies.
Click to expand...

Im still waiting for them to answer from their 13 TF 32 GB HBM2 posts.

They’re too busy shitpoting in threads about games which will actually come out in 2020 to make up for how their console is lacking there
Reactions: Jaguar Victory, draliko, Stiflers Mom and 15 others
I

And people said there wasn't a marketing deal even though Tim himself said there was one and has been lying about Playstation capabilities for multiple generations.

Explains a lot, doesnt it?
Reactions: Genx3, draliko, Handel and 12 others

Similar thing happened with square enix. When they released that final fantasy movie and it bombed.

Dunno why epic needs to sell stakes. Its printing money or so I thought. Maybe giving away free games has drained a lot of it?
Reactions: iconmaster

LMAO. Saw this coming a mile away. Explains perfectly why Epics Tim Sweeney "loves" the PS5. Those quotes sounded like PR propaganda. And now it's been proven that it was.
Reactions: Genx3, Captain Star, draliko and 16 others

what a future of gaming, my old-fart gaming friends

Sweet! They love the PS5 tech so no wonder.
Last edited: Jul 9, 2020
Reactions: Iamborghini, Sensationalist, PuppetMaster and 19 others
I

vaibhavpisal said:
Similar thing happened with square enix. When they released that final fantasy movie and it bombed.

Dunno why epic needs to sell stakes. Its printing money or so I thought. Maybe giving away free games has drained a lot of it?
Click to expand...

Epic is worth over 17billion. This is nothing really comparable to SE back then.

This is just Sony spending money for security and more free marketing/association, which is odd because Xbox exclusives use UE5 way more than Sony does.

Not a good look for Tim Sweeney.
Reactions: Rheon, Duallusion, Sensationalist and 13 others

Smart investment. Epic is becoming more and more of a dominant force in the industry.
Reactions: TurboSpeed, PuppetMaster, Whitecrow and 3 others

Reactions: Handel, Sensationalist, BlvckFox and 12 others

Entroyp said:
Sweet! They love the PS5 tech so no wonder.
Click to expand...

Ya got that backwards
Reactions: Genx3, Rheon, Duallusion and 17 others

DoctaThompson said:
I'd love to see the responses of a handful of people, who adamantly argued against the possibility of a partnership between the two companies.
Click to expand...

Reactions: Duallusion, draliko, CrustyBritches and 21 others

MrS said:
Not a good look for Tim Sweeney.
Click to expand...

He's full of it. He doesn't say anything that somehow doesn't benefit him or his company. Those praises are now sitting on a mountain of salt.
Reactions: Genx3, Dolomite, Handel and 8 others
A

Bloodborne on the epic store please!
Reactions: GC_DALBEN, Dolomite, Neofire and 4 others

Hmm might have been in the works for a while?

MS probably saw this coming and took the Gears IP from them ASAP.


Excited to see what comes out of it. If it is just epic game store related. Sony was being dumb.
Reactions: Dolomite, Hayfield, SoloKingRobert and 2 others

jshackles said:
No wonder Tim Sweeny's been up their ass a lot lately.
Click to expand...

Im down to blow some smoke up someone’s ass for $250 million. Anybody want to deal?
Reactions: Genx3, CrustyBritches, Dolomite and 10 others

Wow, I wonder what % that minority stake is. I also wonder how/if this will have an impact on future Epic releases.

I've suggested that it would make sense for Microsoft to adopt more broad in studio usage and standardize of some of their proprietary engine technology like EA with frostbite-only not making the mistake of limiting yourself to only one engine but rather a small selection. I wonder if this will make them consider moving away from their reliance on unreal?
Reactions: Dolomite and thicc_girls_are_teh_best
O

This is bigger than PS5 silly people Unreal Engine is being used for TV & Movies now & Fortnite is just crazy
Last edited: Jul 9, 2020
Reactions: mckmas8808, Dolomite, Shadowstar39 and 5 others

Bloodborne on Unreal Engine, I would give bloodstones of my own blood for it

Reactions: Rheon, Vognerful, Dolomite and 7 others

He has been a PS cheerleader for 3 generations now and it finally paid off, you got to respect that long game hustle. Smart move by Sony though, they will need these strategic partnerships for next generation and having an engine optimized for your hardware could pay great dividend down the line.

Wish MS would have bought out Crytek so that it could have advanced that engine as they sort of fell off and UE just took over.
Last edited: Jul 10, 2020
Reactions: LuisBell, draliko, Dolomite and 9 others
D

..but cry so much I wish I had some

We going to get Sony games exclusively on Epic Games Store?
Reactions: Dolomite, thicc_girls_are_teh_best and DoctaThompson

I heard a rumour that if Sony offered $500 million, Epic's demo would have been 4k/60 fps.
Reactions: Genx3, Duallusion, tusharngf and 20 others

So, Epic's comments about PS5 can be tossed right in the trash? Good to know!
Reactions: Genx3, draliko, Dolomite and 7 others
N

Tencent and Sony made big joint investment in gaming and music together before this. 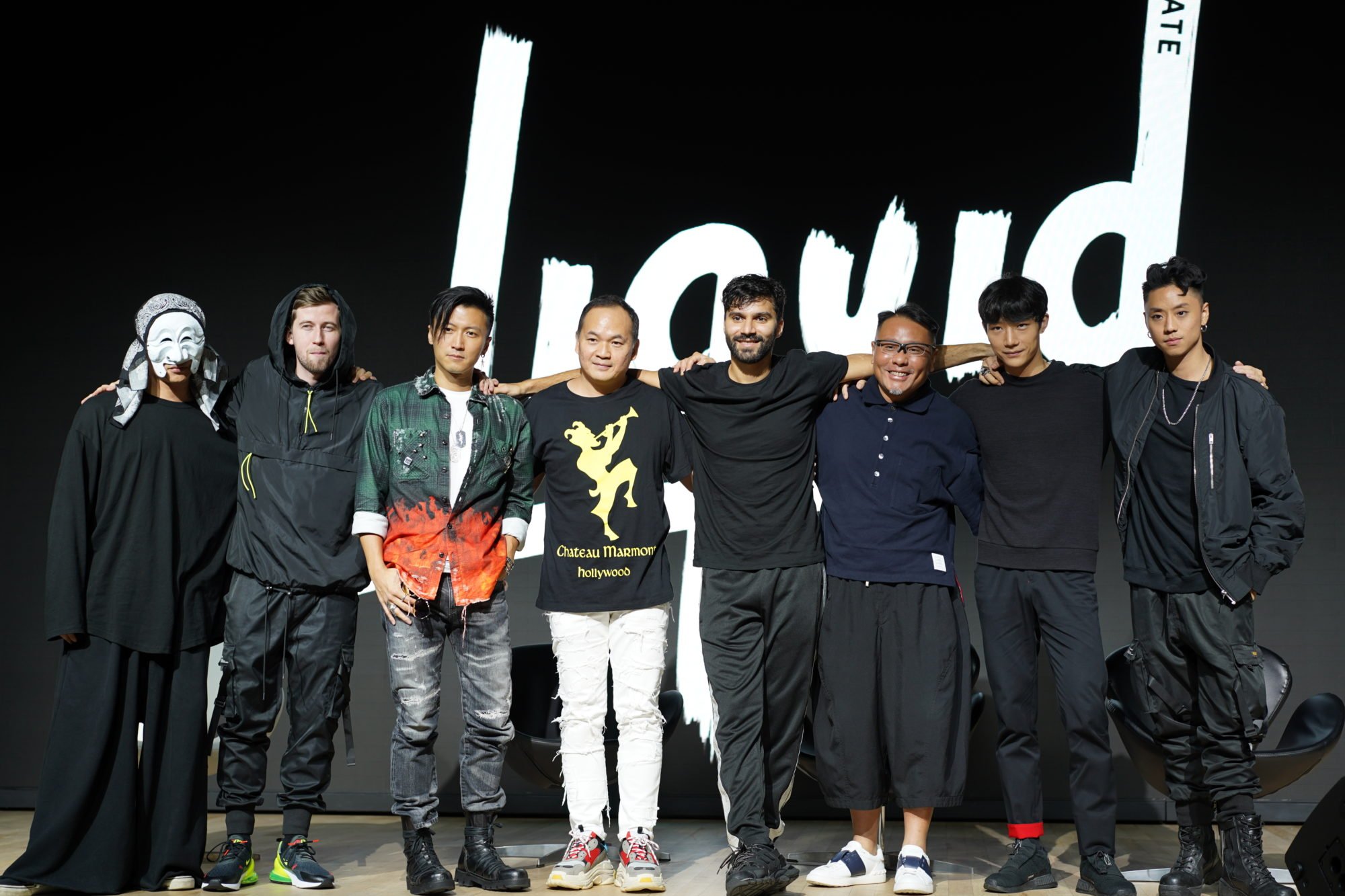 Liquid State is committed to making R3HAB not only one of the biggest artists in China, but also across the whole Asia continent.'

I wonder how much Tencent stake in Sony is?

With this recent investment Tencent (Chinese government) is probably the majority owner instead of Tim Sweeny.
Reactions: Dolomite, Sensationalist, ZZZZ and 5 others

Haha let see all those fuck-boys that cried about whaaa epic. Getting a ps5 now

. Excuse me, PS5
Reactions: draliko, Dolomite, MaestroMike and 3 others

Great bit of business for Sony I said in a previous thread ages ago that there most likely wasn't a partnership but now I think I was wrong ... But still a great bit of business even a minority stake .
Reactions: Dolomite, Sensationalist and thicc_girls_are_teh_best

Oooh, now that would be incredible!
Reactions: Dolomite


Kokoloko85 said:
Xbox fans commenting like it effects there livelihood

I’m going to keep my gob shut. But you know what I’m thinking. It’s the same as you. Why do I need to defrost things in the microwave before I can cook them.

I do hope this means UE5 isn’t feature gimped for Xbox support. Would be utterly stupid, due to pc also using DX, but still, anything is possible once money changes hands.

250mil sounds a tad low though to me, how much are epic worth? Surely they make more bank than that on a weekend playing crazy golf?
Last edited: Jul 9, 2020
Reactions: Dolomite and CatLady
You must log in or register to reply here.

Apr 9, 2021 started KyoZz
Apr 10, 2021
Javthusiast
2 3
Sony to invest $18.4b on strategic investments to grow subscribers to gaming and entertainment