Coming to Switch on November 4, 2022. Also announced for Steam I believe. Looks very comfy and cute.

Edit: More details in the post below and over at Gematsu
Last edited: Jun 28, 2022

Don't let the season of Death bring you down.

Square Enix announced a new game today that combines the fantasy worlds the company is known for with life-sim gameplay.

Harvestella is a brand new life-sim RPG in which players can farm, craft items, and collect materials, all while building their character's life and settlement. While players can live through various seasons like Spring, Summer, Fall, and Winter, there is a fifth season, Quietus, or the season of Death.

During Quietus, players must do what they can to prevent the Death season from destroying the idyllic lifestyle of their hometown.

Harvestella looks very much like a Square Enis JRPG, with a fantastical world full of creatures, but while combat gameplay might look familiar, the game is also focused on Stardew Valley and Harvest Moon-like mechanics around farming, collecting materials, and building new tools and equipment.

Square Enix's foray into the popular life-sim genre is definitely head-turning, though the company is also experimenting with the genre by adding a Stardew Valley-like mode in Final Fantasy 14: Endwalker.

Looks promising for sure. One of the highlights of the Direct.

Surprised at how good Square Enix's support has been for Switch, at this point I think it's fair to say they've been the best third party on the platform.

Never been into this kind of games, but this one looks interesting. If it has nice combat and some exploration I might get it.

Looks good but not into the farming aspects of the game.

It really looks like GUST game rather than something Square would put out...

TintoConCasera said:
Never been into this kind of games, but this one looks interesting. If it has nice combat and some exploration I might get it.
Click to expand...

Same here. I'm thinking this can probably be the first game that will draw me to this genre
F

STARSBarry said:
It really looks like GUST game rather than something Square would put out...

As someone who plays Gust games - Gust is at least a half generation behind this game graphically.

Looks great! The arts and designs if this game are so pretty

Square-Enix has tried most popular jRPG subgenres, it's interesting it took them this long to make a Harvest Moon/Stardew Valley competitor.
Last edited: Jun 28, 2022

I love Stardew Valley and Harvest moon, so Im interested how this will turn out

cool looking game. the word map looks great. the only thing about the 3D farming game is they can never get the farm look right.

Feels all wrong with over-designed fetish fuel costumes and farming.
They want to take a stab at a popular genre but can't shake the need to add more belts. Designs so predictable, you just know there's a goth loli with a stupid jaunty hat innit. 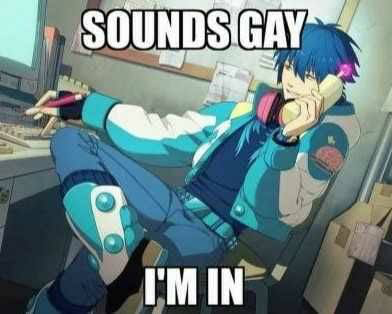 I still don't know how to play Stardew Valley. What is my goal? I've cleared the mine but I don't know what's supposed to happen next. Maybe I'll do better in this game.

Sure, why not. I'll give it a try if it's as mellow as Stardew.

Edit: lol as soon as I type this I see the bit in the trailer with the insanely massive bossfight. Yeah, don't think this is as chill as Stardew. Kinda doing both games a disservice with that direct comparison, I feel.
Last edited: Jun 28, 2022

Ive been really into this farming/life sim games lately..so this looks great.

I wonder who are the developer. Looks like a more graphically better Rune Factory

Game looks interesting, but I don't care for life-sims. So pass for me. If it were a normal RPG, I'd get it.
J

I loved Stardew, but Stardew turns into a real grind mid game, the time and energy things are gimmicks to "keep you from doing everything" or "keep you from getting sick of this game" but they just piss me off and annoy me.

Life sim, until it’s time to kill some stuff to turn the life sim back on. I’ll give it a go.
S

Is it weird that I've never been able to get into the whole farm life genre but suddenly this interests me?

It was uninteresting to me.

Looks pretty fun, I like the art direction and there seems to be a good mix of farming, exploring and fighting.

Seems more inspired by Rune Factory than Stardew Valley though

Square Enix picking up the pieces of my heart after what RF5 and XSEED did to it.

I looks very interesting, definitely keeping my eye on this one.

I'm definitely keeping my eye on this one.

Not Rune Factory tier in art department, but definitely getting this at launch. Never get tired of this genre.

I'm usually not into farming RPG's, but Square has been such a good support for Switch that I'm actually thinking of getting this. There's lots of other games coming atound the same time though.

I wonder if this is getting a physical release...

Looks extremely promising, but sims are not my jam unfortunately.
Such a pity, the trailer’s music alone is better than most game music I’ve heard lately.

Should remake FFV using this engine and style. Eventually, FFVI...

Seems interesting to me.

Looks and sounds like this was going to be a Crystal Chronicals game at some point.
Last edited: Jun 28, 2022

Weird af. But looks competent in terms of graphics and mechanics.

Hugare said:
Farming in one second and killing a huge Nier Automata boss in another is just jarring

I've been playing Deadcraft for a few weeks. It's fun to farm and craft for a bit, then fight zombies when you're done.

The music on the site is really good (flip through the colored circles) https://www.jp.square-enix.com/harvestella/

YukiOnna said:
The music on the site is really good (flip through the colored circles) https://www.jp.square-enix.com/harvestella/
Click to expand...

Everyone says Stardew Valley, but if you would have said it was the next Atelier game I would not have doubted it.

The Death Season sounds like it's one of those aggressive time management simulators disguised as a waifus-and-chill game. Turns out you've already lost the game halfway through if you aren't doing the optimal thing all along.

Atelier/Stardew/Persona games stress me the hell out. I've got enough disaster timers counting down in my real life.

Pretty good visuals overall, but why do the farming sections completely lack shadows? It genuinely makes it look like a PS2 game.

Day one on steam for me
You must log in or register to reply here.