Nanashrew said:
Sorry for it being small but Mario alt.

He had that in Brawl, so it's no biggie.
J

Yue is going to 2ch to update and give more info.
D

If nothing else, he works fast and he's got entertainment value.
K

NotLiquid said:
If there really are characters we dont know of the possibilities seem to be dwindling by the seconds now that each character we already know of is getting unlocked instead. Getting a little nervous about this.
Click to expand...

I think the chances are increasing. Duck Hunt Dog being unlocked so early give me hope.
S

Has Hama even done a smash yet?
S

All signs point to him being exclusive to the Pyrosphere, and therefore the Wii U version.
S

Speedwagon said:
Has Hama even done a smash yet?
Click to expand...

He seems to pull them off consistently when there's not an opponent around.
K

I just want confirmation of more than 35 challenges so I can sleep peacefully tonight.
J

Lol he kept trying to spam the up b and slipped up with the side b.
W

Golnei said:
All signs point to him being exclusive to the Pyrosphere, and therefore the Wii U version.
Click to expand...

Well hes too big to fit on the 3ds screen.
M

LOL! I like how he's now conditioned to not attack her with normals.
D

That counter is just too much for him to wrap his brain around.
K

Hama found the one character he can sit and spam one ability with.

Say what you will about him, but he's devoted to his craft.
P

Nothing but PK Thunder, but never pulled off PK Thunder 2. Not even all by himself during the credits.
F

Kouriozan said:
I just want confirmation of more than 35 challenges so I can sleep peacefully tonight.
Click to expand...

Considering Kid Icarus unlocked more boards as you progressed, I don't think we have much to worry about.

Professor Beef said:
He had that in Brawl, so it's no biggie.
Click to expand...

Wasn't it the opposite colors?
D

Golnei said:
All signs point to him being exclusive to the Pyrosphere, and therefore the Wii U version.
Click to expand...

No bosses for 3DS besides the core and master hand?
N

Have any of the streamers attempted a regular run through All-Star yet?
M

I want Hamayama as a playable character!
H

And it only took 10 minutes
H

dark_inferno said:
No bosses for 3DS besides the core and master hand?
Click to expand...

Crazy Hand was seen too.
A

Hama trying to get a read on her counter tactics.....oh man. LUCINA GET!
H 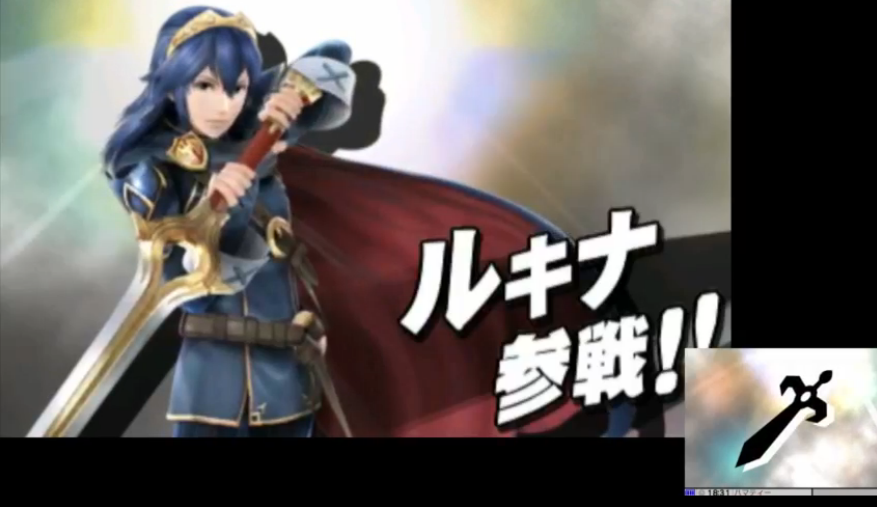 weekev said:
Well hes too big to fit on the 3ds screen.
Click to expand...

Only unlockable on the 3DS XL, obviously.
M

PBalfredo said:
Nothing but PK Thunder, but never pulled off PK Thunder 2. Not even all by himself during the credits.
Click to expand...

So lame. Gah, I want to see how Ness plays compared to Brawl. In my dreams he gets his bat is faster than Brawl's and his down kick goes back to 64 status.
C

E: Ok, that's it for hamayama

Yushako played Greninja and Samus and got nothing.
Click to expand...

10 Classics unlock DHD (or Mii, not confirmed yet I guess, that is a possibility too)

room for another row
M

Is he stoping ?
H

Hama's calling it a day?
E

Looks like Hama's done. Guess I can finally sleep.
D

Hamayama still doesn't understand the concept of charged smash attacks. He's going for running A's, A-combos, or specials that deal good knockback and resorts to using his Mii Brawler's up-B since it "feels" like it hits hard.

I'm rooting for you!

Hama just left....what a trooper though! So following him.
I

He said bye. He's done for the night.
T

He was a good guy.
L

Based Hamayama. Allowing me to sleep.
I will wake up with loads to catch up on.
NIGHT GAF.
C

looks like hama's done. any other streams still going?

Opinion The "95% of the best games are multi-platform" Narrative