VBS4 is an easy-to-use, whole-earth virtual and constructive simulation and simulation host which fully supports a huge range of military-specific training and mission rehearsal use cases.

VBS4 and VBS Blue IG 22.2 include many new features, ease-of-use upgrades, and performance enhancements. The new releases are now available to download via the Customer Portal.

VBS4 Map - VBS4’s 2D map has undergone a major overhaul and now supports layers. Users can select layers from online sources (e.g., Google Maps, Bing, OSM, etc.) as well as local MBTile formats which can be generated using open source tools. Layers can be ordered, styled, and blended to create a custom mapping for each training scenario. A new map export feature has also been added, which allows users to create printable maps in any style, and scale with additional features. 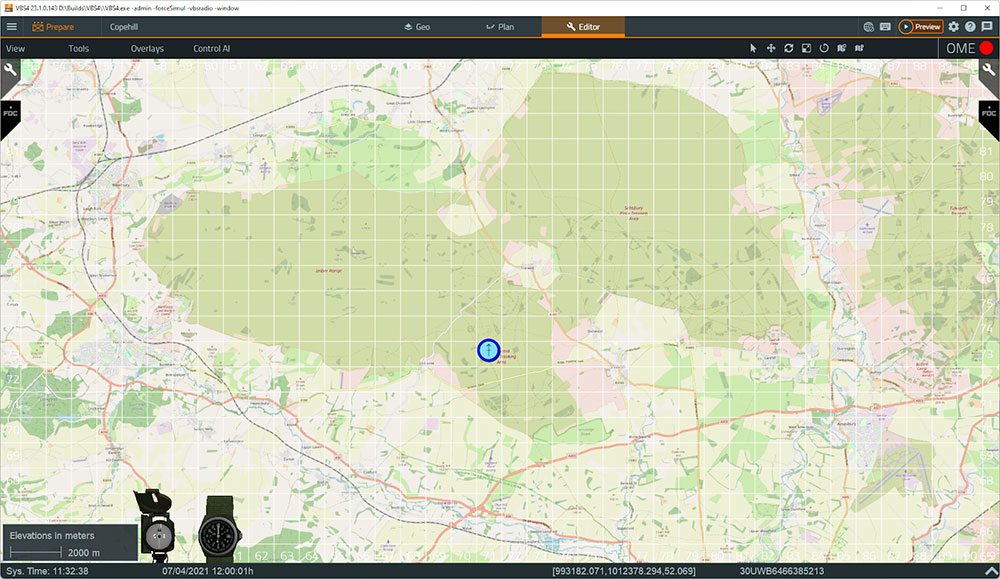 VBS4 map showing OSM layer
Volumetric Clouds - The latest VBS4 release adds new volumetric clouds, which give true 3D volume to the clouds, improved lighting, and cast shadows onto the underlying terrain. Cloud density can be changed, and, in upcoming releases, users will have further detailed control over the types of clouds in the scene. 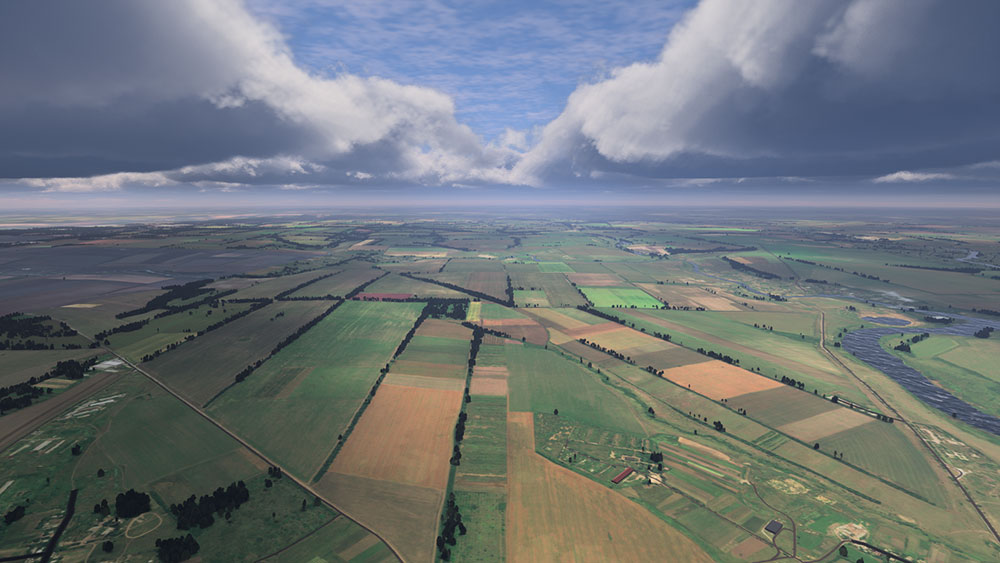 New volumetric clouds casting shadows on terrain
3D Grass - VBS4 and VBS Blue IG 22.2 include global, regionally-specific 3D grass and other ground cover vegetation. The 3D ground cover enhances the realism of all scenes. Importantly, ‘fair fight’ has been factored into the implementation, so entities (e.g., soldiers) lying in the grass are hidden from other entities even at extreme distances. Users moving through grass also flatten the grass as they move. 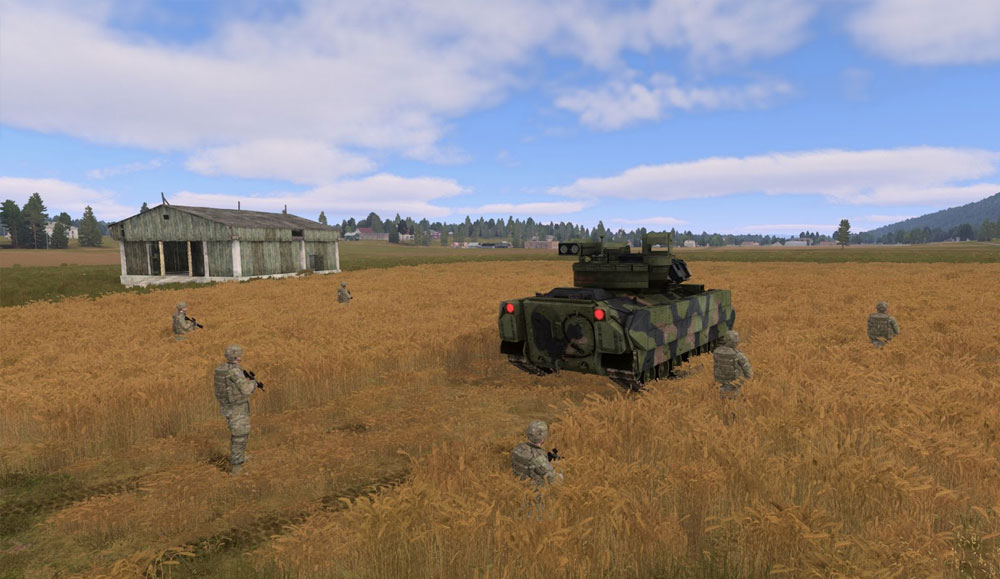 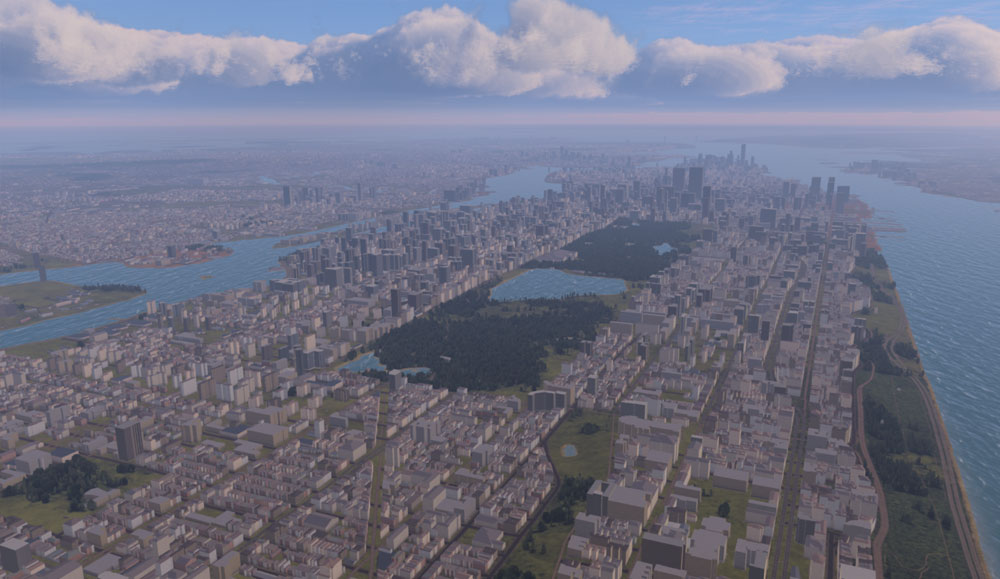 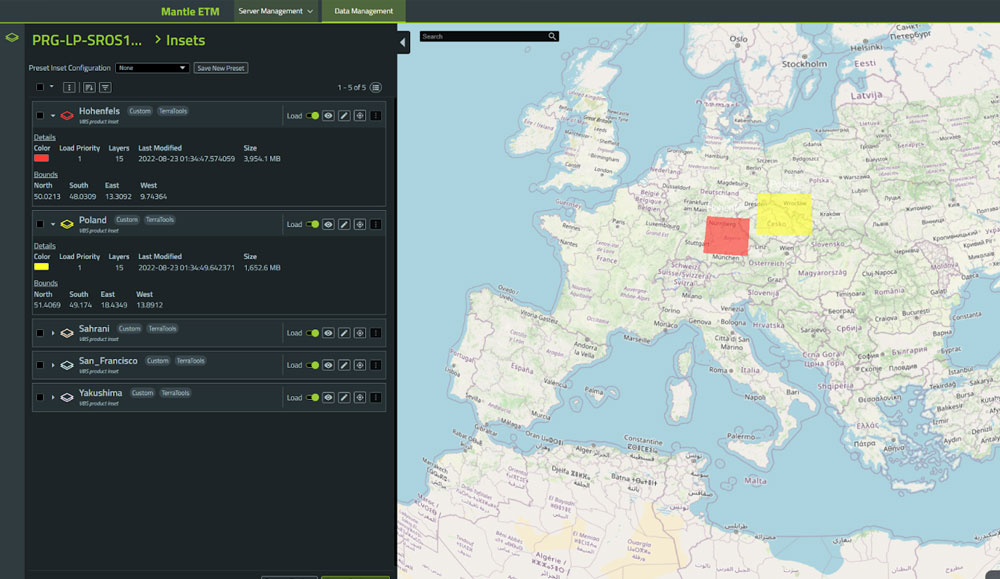 VWS Data Management interface
Developer Suite - The VBS Developer Suite allows users to quickly import new 3D content into VBS4 and VBS Blue IG. No proprietary 3D modeling tools are required, and content can be imported from many standard formats. The latest software releases include a new Template Configuration Assembler in the Developer Suite. This new tool automatically generates content configuration files (config.cpp & model.cfg) from a simple user interface. This allows vehicles to be imported and configured without the need to manually modify text-based configurations. This, combined with the Mesh Compatibility Checker, greatly simplifies and accelerates importing models into VBS4 and VBS Blue IG. 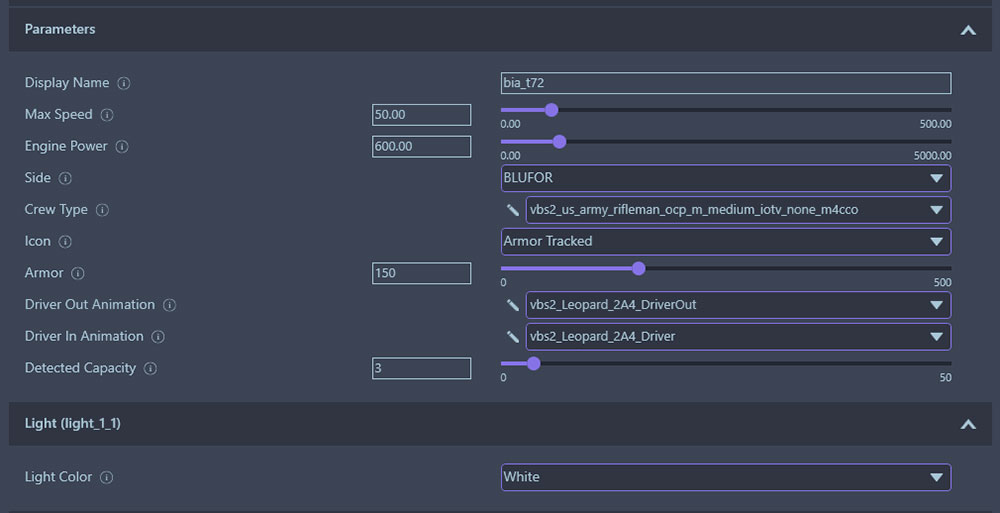 Template Configuration Assembler GUI
Radar Simulation - VBS4 22.2 adds new radar simulation and radio and radar signal detection to VBS4. These are the first of several upcoming electronic warfare (EW) capability enhancements. The radar simulation allows administrators to apply radar sensor capability to any entity or vehicle in the battlespace. The radar can be configured with performance characteristics including range, detection altitudes, refresh rate, and effectiveness, allowing the emulation of many radar types. The administrator view (not visible to trainees) shows the radar volume and indicates objects that have been detected in both 2D and 3D. The trainee using the radar is presented with a generic sensor user interface which allows themto track the entities and data such as speed, heading and altitude. 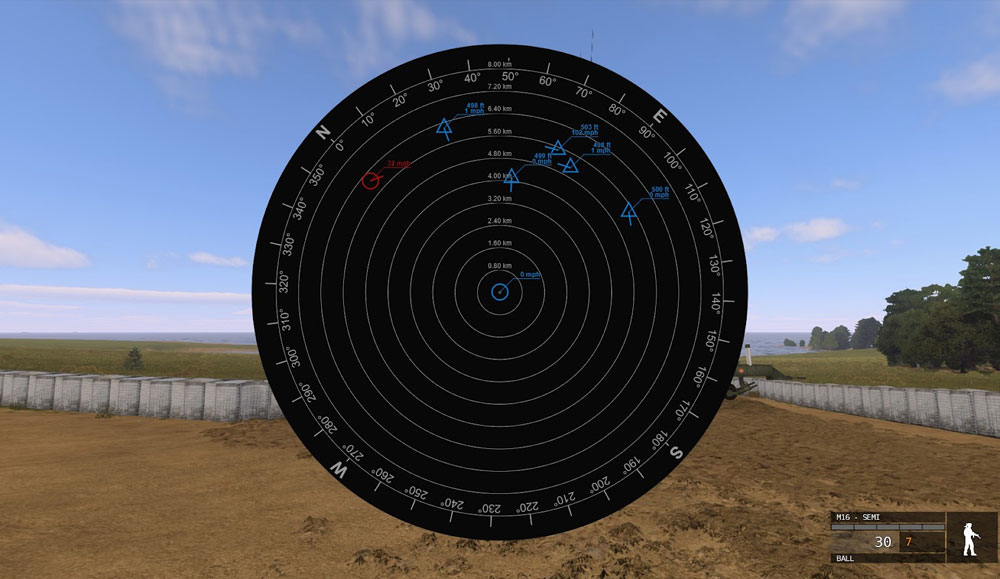 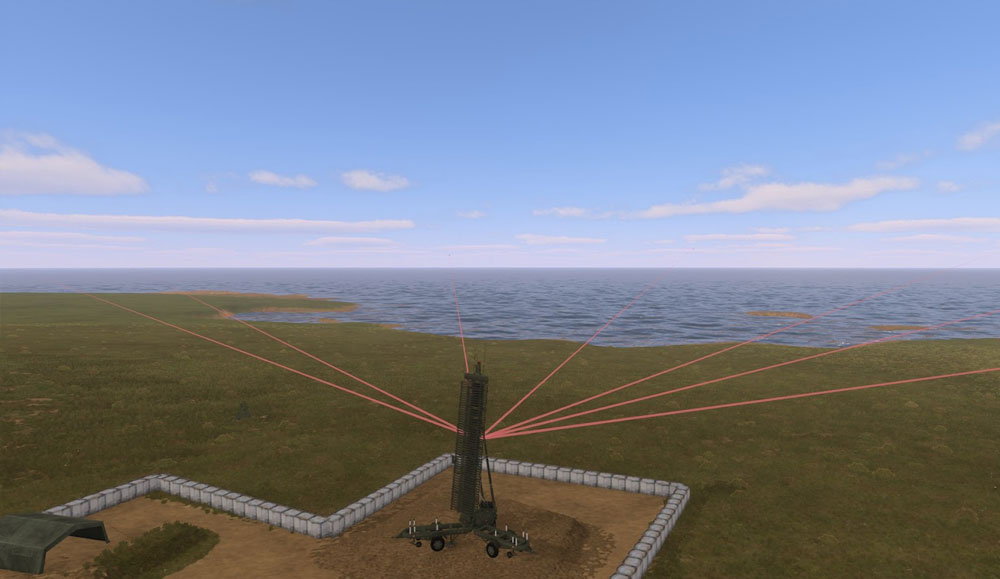