What is the best Call of Duty?

i hate to be that guy, but the game took a nosedive when it became popular.

I played a ton of COD 2. Cod 3 and world at war weren't offensive. But what was it, COD4? was that the one that all of a sudden blew up and launched this franchise to the stratosphere? I just remember playing it and thinking, This doesn't feel like Call of Duty. This isn't the COD game i remember. So i bounced off and basically never played COD again unless forced to do so. I did enjoy some of the first Black OPS. and the Battle ROyale mode in a couple years ago, before warzone

For me the best campaign is Black Ops, the way it connected with World at War was awesome. The best multiplayer was MW2, you could have a great class using any weapon type and there were a bunch of ways to make your class OP. Except the first few weeks with the akimbo Model shotguns

Cod4 and latest Modern Warfare for me easily
J

Modern Warfare 2 is the only correct answer.
So correct that Activision was too scared to remaster the multiplayer aspect of MW2 because it would outright dominate the player base.
S

World at war and black ops 1 probably the two I spent most time and had the most fun with. 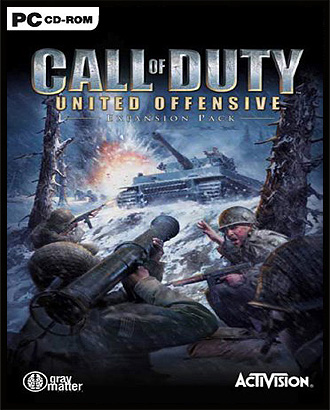 I know that is an expansion pack of COD 1 but for me this one is my favorite so far. So many good memories of me playing with friends and even my dad was a member of my team back in the day. playing matches of CTF against other teams all night was soooo good!
Last edited: Friday at 7:53 PM
You must log in or register to reply here.

Next Call of Duty will be in WWII setting