What makes a community toxic?

Kamina said:
When they eat out each other?
Click to expand...

No, that’s called a good time

Bert Big Balls said:
If I'm not playing a game with friends, I mute every single time now, no matter what I'm playing. People can moan all they want that I'm not on voice chat, I don't care. Why should I put up with all the moaning and bullshit.
Click to expand...

In a game like valorant or csgo I always give them a chance, and mute if needed. The games are far too reliant on callouts. Low elo a team with so so aim but great comms will win 9/10 times.

"Communities" inevitably become toxic when a few rise to the top and begin policing the behaviour of others in the community, encourage dog piling for voicing dissent or even just having an unapproved opinion. Eventually the community just eats itself due to some hypocritical scandal which exposes many members of behaving in a way, or believing in something, that they themselves aggressively attempted to say was wrong, or bigoted, or whatever dumb word is being used at that time.

I will take r6 siege as an example
game is considered to be an esport quality title so lots of sweaty players who care nothing about the game except ranking and will even go to the extent of getting their rank and then
never playing ranked again ..instead sitting in public quick matches with team stacks or on alt accounts

Poonani should have a ph balance of 0

I can only speak to videogames, "gamers" make the community toxic. I say this as someone who's been playing videogames since the Atari 2600 and discovered GAF 20 years ago
C

Lack of balance. When it gets to any extreme it becomes "toxic".

Note that it's not about "anonymity" like some people say (a community can work in many ways as possible, anonymous or otherwise), it's when extremists (of any kind) get the upper hand that things get out of control.

a lack of being empathetic
C

Too much man juice in the dude soup

Miserable people trying to make everybody else miserable

When they are part of the FreeBritney movement maybe?!

Being anonymous, having 0 repercussions for being a jerk, and hanging out in echo chambers

It's pretty easy to find really, a great example of this is World of Tanks which is designed as a "team game" but rewards based on individual success.

What this creates is an environment where you need to be the star of the show and everyone else has to be the support role but get rewarded less for the team to succeed. The issue is every player wants to be rewarded like there a star and not forced to get a trickle from being the support resulting in the team failing because there not just in competition with the enemy but the rest of there own team.

Games that operate like this quickly become toxic because everyone blames everyone else for not supporting them in trying to be the single hero of the match, it's really a design issue.
Click to expand...

I totally get ya. I've been playing War Thunder since 2014, And its usually a Noob that loses all their vehicles/Chance to spawn that will go on a rampage shitting on their team in chat text.

I love to do this thing in Rocket League where I have text chat turned on but I don’t say anything and watch them try to get to me… funny thing is, they have no idea if I can see what they’re saying or not because they don’t know I have chat on unless I say something. I just like watching them *try* to bug me, meanwhile I know they’re getting pissed off that I’m not responding. It’s really fun haha.

I collect VHS tapes said:
You’re asking the wrong guy. Only game I currently play online is Magic: The Gathering Arena. There is no real chat. Just a few generic dialogue options:

The toxic thing about MTGA is how the game determines who will win or lose, forcing you to draw only lands or only spells.
I'm a huge MTG fan and I've dropped that after playing for an year.

I saw guys getting punched in the face in Arcades, over Street Fighter matches. Now THAT could be considered "toxic"
Back then we knew when to lose on purpose, depending on where the arcade was and who we were playing against.
All we have around now is "I'm offended by this" people.

Faithless83 said:
The toxic thing about MTGA is how the game determines who will win or lose, forcing you to draw only lands or only spells.
I'm a huge MTG fan and I've dropped that after playing for an year.
Click to expand...

Could be a place where memes and 3 word sentences are replacing rational discussions?
Hello gaf

For those of you bringing up stats and rankings, makes sense some people get angry and amped up.

I only play ranked MP, but for those of you who play MP in unranked lobbies with no stats tracked, are people generally different because they dont give a shit about stats? Or is the typical lobby still just as bad?

You'd think gamers playing meaningless matches would be playing just for fun, but you never know. Maybe that lobby of gamers is just as hyper. 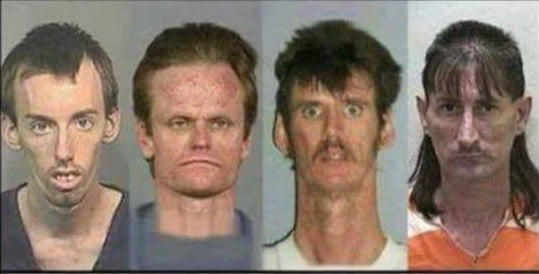 these guys (stolen from the OT board)
Click to expand...

stickkidsam said:
When the community takes itself seriously
Click to expand...

Pretty much it.
It creates people who are always have to be right about everything, miserable pricks in short.

Or a PSA about breeding with giraffes.
P

ivhyn said:
Here's how Rocket League toxicity works: play game and try your best, teammate might not like your playstyle and you get scored on, teammate either stops playing or starts scoring own goals and you can do nothing about it. If you are unlucky and they are extra salty they wont even let you forfeit the game and you have to sit there for 5 minutes and cant do anything, I even have my doubts if the report function works. There's more to toxicity than just voice chat.
Click to expand...

I don't find 3s to be too bad typically. But 2s is pretty much solo w/ scapegoat mode. Actually 3s is the same when you're the odd man out and get matched with a duo queue. And in the F2P era it's worse. The endless parade of Epic accounts throwing a hissyfit and declaring "I'm SSL on my main".

I'm not gonna lie, I have a threshold with text chat where I'll start throwing and keep the game going to 0:00, and I won't even skip replays. If I'm not getting verbal abuse very rarely will I throw. But there are times that your teammate knows they are cutting rotation, stealing your ball, whatever. So there's also that threshold where they know that I know, and yougetwhatyoufuckingdeserve.gif

You know on turn 2 if you're gonna win or lose, everyone knows how rigged the game is.
Sometimes I feel sorry for the other player because I can see how much the game is trying to fucking him up. giving him 2 mana on turn 6.
That drives everyone to use red aggro decks and grind the shit out of the game.
I've played the closed beta and insisted for a year, I have a big card collection and moved on from the game.

A degree in gender studies
T

I've been thinking about this since i saw it on Twitter.

Did this guy become like this because of a toxic twitch or halo community? Or his he the source?

This and nature of internet, they can be complete assholes without no consequence.

Any succesful fan community faced with the sudden prospect of economic gain and social status becoming a disctinct possibility has the chance of quickly turning ugly; often, such communities rarely survive the following rush of gentrification when upper-class sociopaths try to colonize a traditionnal nerd space for their own goals and ends, and often end up gatekeeping against the very same people who made said space succesful in the first place.
Last edited: Oct 11, 2021

Crystal Dynamics and their lies. 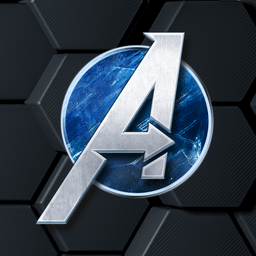 r/PlayAvengers: An unofficial but developer supported community for Marvel's Avengers. Discuss, share, and connect with players who are passionate …

brian0057 said:
A hive mind.
A community that can disagree with itself will have a much easier time accepting those new to it.
If everyone in said community is just agreeing with each other, they'll be more antagonistic to those that think different.
Click to expand...

Snowflakes that cannot even define their terms.
Last edited: Oct 11, 2021

To me, it gets toxic when it gets all polit-icky. If you can't separate your political beliefs from pure entertainment, stop trying to force what you believe on to everybody else and take up knitting.

The internet. Greatest and worst invention in history. Means less need for physical interactions. More accessible internet with no age restrictions don't help either, but let's be honest kids are necessarily the problem.

Anonymity makes it so there are no reprocussions and also perpetuates tribalistic thinking. The incessant use of memes instead of using language doesn't help as it's usually snarky and demeaning. Nor do ancillary things like thumbing up a comment help as it used as a virtual scorecard that has nothing to do with how correct something is.

Of course, we all do this and nobody is prepared to give anything like this up.
N

- Entitlement. The idea that the fanbase should have any sort of input in the creative output of a series (Once Upon a Time, Mass Effect)
- Hostility towards the franchise. When the fans spend more time bitching rather than enjoying what comes out (Star Wars)
- Self-loathing. The community spends a large amount of time putting each other down rather than focusing on "fun" discussions.
You must log in or register to reply here.

Toxic Fandom, Online Outrage and The Beautiful Game. Why YOU have more power than you think.