A reliable insider with a proven track record teases big news coming out of Microsoft this week, leaving many fans excited for what it could be.

According to Tom Henderson, there is some big news coming this week. He doesn’t elaborate as to what, but for those who don’t know, Henderson has a proven track record as a leaker. He’s been right on various things in the past, with Call of Duty and Battlefield being his typical wheelhouse. While this should still be taken with a grain of salt, Henderson is more reliable than many other sources.

Specifically, Henderson says he has heard that there will be some “big announcements” this week but refrains from elaborating on what it is. He does go on to say, separately, that he also heard that Halo Infinite’s campaign reveal is coming soon, but he seemingly suggests the two are not related. In other words, while the Halo news would certainly be welcome, the other announcement remains a mystery.

One person in Henderson’s comments says he has heard similar things, but indicated that it’s not “earth-shattering” and has nothing to do with acquisitions. Still, the user suggested that it would be pretty cool, and this information is less reliable than Henderson’s (generally speaking). Either way, since E3 earlier this year, there hasn’t been a whole lot of new reveals, so it’ll be interesting to see what this is.
Reactions: Hendrick's, Ezekiel_666x, Adam_802 and 1 other person

Reminded me, I really enjoyed the demo to that.

Patrick S. said:
BC program to resume, I guess.
Click to expand...

Interestingly enough, the Xbox website is currently themed after the Xbox 360 blades, so you may be correct 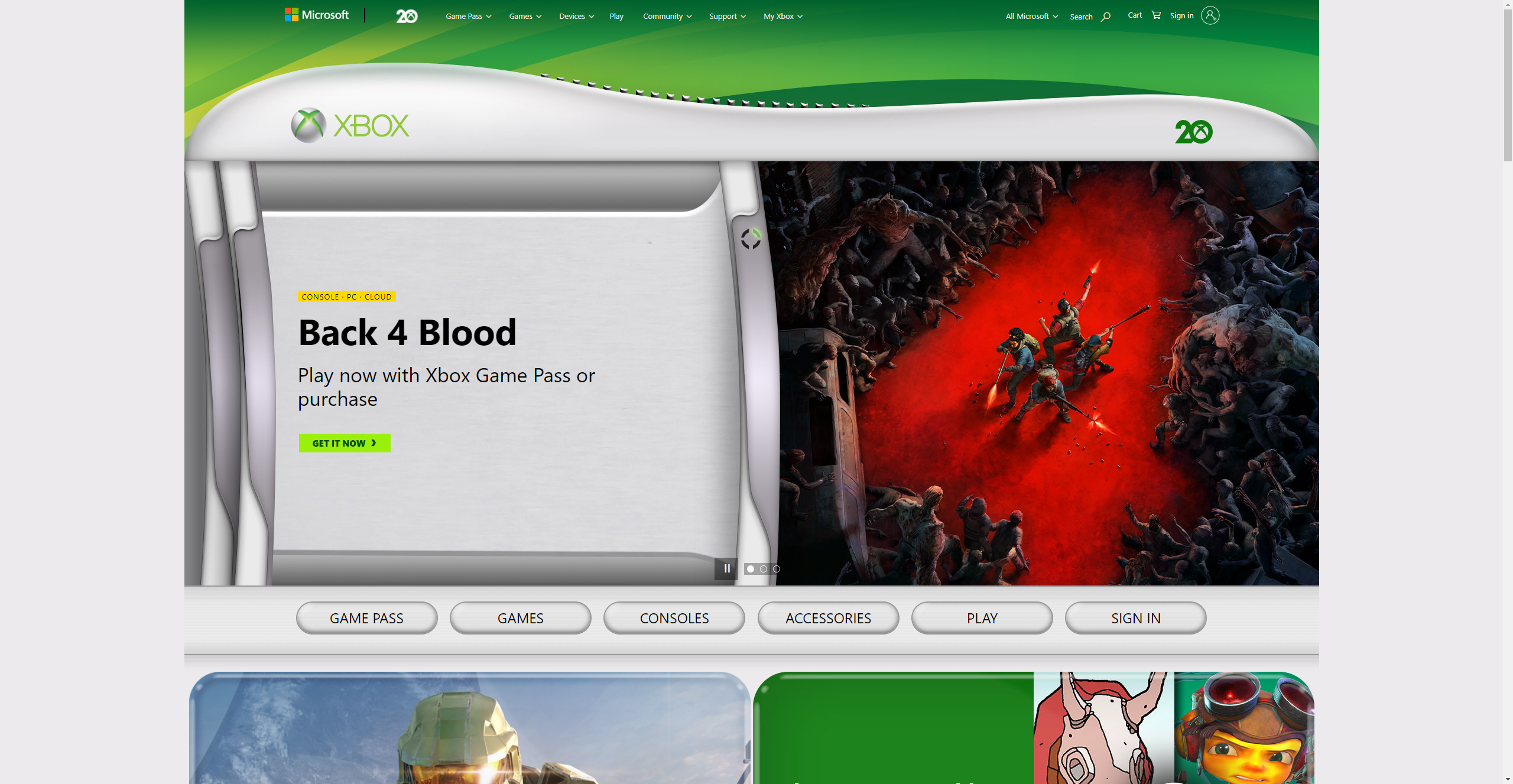 Too early for that .. maybe 12 months before the new Fable to get people back into the series.

Xaero Gravity said:
Interestingly enough, the Xbox website is currently themed after the Xbox 360 blades, so you may be correct

I am really hoping this is it.
Reactions: M1chl, Xaero Gravity, Bridges and 2 others

its not yet thursday

If only we could pump are cars with bogus Xbox rumours, we'd be set!

Seriously though, there's Xbox announcement rumours every other day. Leak something concrete or zip it.
Reactions: Concern, TurboSpeed and cragarmi

Reactions: BeatDizzle, kiphalfton, thicc_girls_are_teh_best and 5 others

Playstation library getting added to Gamepass.

Either provide the complete information, or shut the hell up! This "Me know it all. Meesa has knowledge but meesa no wants to spoil you..." is frankly ridiculous..
Reactions: Quasicat and Gargauth

Xaero Gravity said:
I'd rather he continue wasting money on the Clippers and practically sexually assaulting guys on live TV

Probably Uplay Plus getting on Gamepass like it was rumored almost like a year ago already.
Reactions: T-Cake

TheGodfather07 said:
Dude was constantly coked up.
Click to expand...

Sadly, the mainstream would not consider that to be a big announcement. Tunic is my personal most anticipated Xbox exclusive that is expected within a year or two.

TheGodfather07 said:
Dude was constantly coked up.
Click to expand...

MOTM said:
Too early for that .. maybe 12 months before the new Fable to get people back into the series.
Click to expand...

I posted that because their Twitter for third party relations were tweeting somewhere in the lines of "kicking off", "we wanted fabled anniversary but that was taken", "kick the chickens" etc, which were obvious hints at Fable, but from some third party studio as that's what the Twitter account is for.

Oh, and October 18th is the release date of Fable: The Lost Chapters edition of the first game with the dlc, in '05 one year later than the original game's debut ('04), in US and Canada.
Reactions: MOTM

I think “big” is going to be in the eye of the beholder here. The Xbox Publishing tweet had to cool the speculation fires after they made their hype tweet involving chickens. If you’re not happy with people running wild, you know it’s because you’re not delivering something to match the caliber of expectations.

Im hoping its them continuing to add to the bc list. That'll be just fine with me. Not everything needs to be overhyped. That's how you disappoint people.

Xaero Gravity said:
I'd rather he continue wasting money on the Clippers and practically sexually assaulting guys on live TV

Damn! He was really feeling those thighs

Had to sit down before ripping dem jeans. Whew

Xaero Gravity said:
Interestingly enough, the Xbox website is currently themed after the Xbox 360 blades, so you may be correct

What if the Blades UI became a selectable UI overlay....
Getting moist just thinking about it.
Reactions: Xaero Gravity
S

Guess this was another dud?

Sephimoth said:
Guess this was another dud?
Click to expand...

Reactions: mortal, graywolf323, Topher and 9 others

Just by curiosity, does anybody know the percentage of all the rumors in the gaming world that actually become true?

I'm guessing that percentage must be very low...
Reactions: nivix
B

It was probably San Andreas remaster going to gamepass
Reactions: elliot5 and Calverz

Sephimoth said:
Guess this was another dud?
Click to expand...

Some say its pushed to the Game Awards...

Then it will get pushed to next Spring...

Another week, another 'Big' announcement rumour. Nothing ever changes.
Reactions: Three and Swift_Star

If there was anything coming you'd think they'd wait until the 20th anniversary stream on the 15th to announce it.
E

This was Oct 18th y'all. This was probably referring to the Xbox campaign + surrounding info, GTA on game pass or maybe even Warhammer III on game pass. Who knows. But things have happened since this claim by Tom that are arguably "big" announcements.

elliot5 said:
This was Oct 18th y'all. This was probably referring to the Xbox campaign + surrounding info, GTA on game pass or maybe even Warhammer III on game pass. Who knows. But things have happened since this claim by Tom that are arguably "big" announcements.
Click to expand...

Strider Highwind said:
I'm going to say Kameo is going back for the win lol
Click to expand...

Would love this to be true! Kameo had tons of potential.
Reactions: Concern

Last edited: Friday at 1:29 AM
Reactions: Isa
You must log in or register to reply here.