Cadillacs and Dinosaurs...possibly Capcom's best beat em up ever? and a dissertation on licensing law...haha

VGEsoterica said:
it just might be on my list of upcoming videos...never know (no it actually is haha. Awesome game)

I did a vid on Shadow Over Mystara when I did a ten part series on the CPS 2 all on original arcade hardware. Epic game. But it doesn’t count as unported as it came to Saturn exclusively in Japan
Click to expand...

VGEsoterica said:
it just might be on my list of upcoming videos...never know (no it actually is haha. Awesome game)

I did a vid on Shadow Over Mystara when I did a ten part series on the CPS 2 all on original arcade hardware. Epic game. But it doesn’t count as unported as it came to Saturn exclusively in Japan
Click to expand...

D&D SoM with 4 decent players is a blast to play.
Most OP run: 2 dwarfs, mage and Cleric. We were unstoppable. 1CC runs that lasted more than an hour easily.
Found memories of this one. I wish I had the Saturn version, it's not a perfect port but it's nice.
There is the PS360 port that is good enough.

Danny Dudekisser said:
You need to bring back the CPS-2 series. Easily my favorite videos.
Click to expand...

maybe I will. Still plenty of stuff to play on it. Could be interesting to revisit it and do some of the games I never featured the first time.

ive for a massive list of ideas for 2021 (since I’ve got videos uploaded for three days a week for the rest of the year)...I just need to decide what I want to do next

I am more of a Sega beat-em ups fan.

Irem has some pretty interesting stuff as well.

Give me Cybertrucks and Dinosaurs. 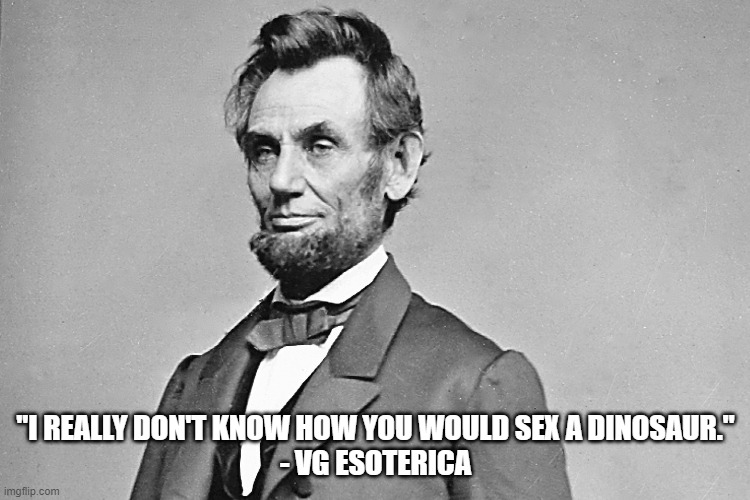 Armored Warriors is the GOAT of Capcom beat 'em ups!

ahahahahaha. Did I just get turned into a meme? Hats off to you good sir

I do say some random shit now and then and that sounds like something I said in the video. Now even I can’t remember.

there are no scripts so sometimes I say something inadvertently funny. Sometimes it’s intentional...that one was not!

edit : I went back and listened. Even I made fun of myself for saying the sentence Lolol. I made myself laugh from the past today...that’s a rare feat
Last edited: Sep 14, 2020
Reactions: sn0man and Punished Miku

Best beat em up ever for me. I still play it sometimes
D

Faithless83 said:
Metamorphic Force is nice, but have you played Violent Storm?

Sadly the audio is a bit muffled, but the OST of this game is amazing.

This game along with AVP and D&D Shadow over Mystara are my favorite Beat'em up arcade games.
Click to expand...

I've played Violent Storm a few times; it's gorgeous visually (and agreed, dat soundtrack), but I'm not sure I like the massive sprites and flatter stage. It's like a really fancy Final Fight. Don't quite have the stage or gameplay variety I'm into.

AVP though ranks high for me too. Never played the 2 D&D ones and don't like RPG elements in my bmus.
Last edited: Sep 14, 2020

DragoonWalker said:
I've played Violent Storm a few times; it's gorgeous visually (and agreed, dat soundtrack), but I'm not sure I like the massive sprites and flatter stage. It's like a really fancy Final Fight. Don't quite have the stage or gameplay variety I'm into.

AVP though ranks high for me too. Never played the 2 D&D ones and don't like RPG elements in my bmus.
Click to expand...

I don't agree with the Fancier Final Fight approach. Enemies are a lot faster and more agressive all around.
D&D SoM has only a few elements (it mostly boils down to items/weapons/magic) and not the earning XP.
That said, it also makes Dragon's Crown one of my favorites of all time.
Reactions: DragoonWalker

Scotty W said:
I don’t understand why the license holders would not be eager to have something like this rereleased in order to raise its profile.
Click to expand...

A lot of times these things are not so much a matter of someone actively wanting to stand in the way, as the copyright itself being unclear and not worth untangling.
Reactions: Scotty W

DragoonWalker said:
I've played Violent Storm a few times; it's gorgeous visually (and agreed, dat soundtrack), but I'm not sure I like the massive sprites and flatter stage. It's like a really fancy Final Fight. Don't quite have the stage or gameplay variety I'm into.

AVP though ranks high for me too. Never played the 2 D&D ones and don't like RPG elements in my bmus.
Click to expand...

there are barely any RPG elements outside of branching paths. You can literally button mash your way through them. It’s a legit amazing beat em up and you should play it
Reactions: DragoonWalker

VGEsoterica said:
Trying to determine my favorite Capcom beat em up game is about as hard as picking a favorite style of beer; I love them all so how do I determine what quantitative qualities equal "the best".

Cadillacs and Dinosaurs has to many amazing qualities; absolutely perfect beat em up gameplay, graphics and sound that marry perfectly to the overall vibe, an awesome soundtrack that you could listen to and enjoy outside of the game...and just an absolutely absurd story. I mean you are beating up gang members AND dinosaurs with weapons and your fists/feet....while getting the opportunity to drive vintage Cadillac vehicles to run over opponents and have boss fights in. You can't say that about many other games! (except the absolutely terrible Sega CD sequel...but that doesn't even deserve a mention except to say "dont play it")

Even though Cadillacs and Dinosaurs is THAT good, you still have to weigh them against Alien Vs Predator, Final Fight, Battle Circuit, Knights of the Round, Armored Warriors...the list goes on! Capcom's roster of awesome games in this genre is stacked! So is it the best beat em up Capcom ever made? I don't know lol...maybe it is this week? But what do you guys and girls think?

It's so unfortunate something like Cadillacs and Dinosaurs never gets ported though...same with AvP outside of the Capcom arcade stick. I teach entertainment business / law (among other film production classes) and we spend a large chunk of the class discussing licensing; the in's and outs and how not to make a mistake that you will regret later....like obtaining licenses that expire too soon / at all.

Licensing is the number 1 reason we don't get a lot of these awesome old arcade games. Cadillacs and Dinosaurs was based off an existing property and clearly Capcom didn't get a license in perpetuity to the contents of the game. This seems very common in the gaming industry but rare outside of it. When I have to license music rights / general rights for film the licenses are almost always "in perpetuity"....or "forever" in the non-legal terms.

These arcade games based on existing properties? Not so much. Capcom and Sega seem to be the number 1 companies that have these licensing issues where they may own the game but they DON'T have the rights after a certain set period of time to continue to re-release them. Which is a huge loss for gaming in general. I mean I get it...in perpetuity licenses just cost more...but still I find it odd that's the MO of game developers.

Curious what others think of Cadillacs and Dinosaurs? Or what your fav beat em up is?
Click to expand...

NO doubt, one of the best beatem up's ever.

What a game this was. Used to play it so much in the arcades back in India...to this day there are arcades with this game because of it's popularity. Then started to play it on an emulator...never gets old.

VGEsoterica said:
Funny I was just playing Vendetta. I get what you mean...it feels like the video game version of some budget VHS rental you’d find at your local movie joint back in the day
Click to expand...

I myself find it pretty good beat em up but not the best. But boy my country love this to death. There was no arcade shop which didn't have this in their arcade back in the days. No matter how big of small the arcade was Cadillacs was mandatory. Also my country Bootleg version of random unlimited bullet drop version was hugely popular.

Like it or not it has a huge cultural impact in my region. Even people never played arcades know this game.
D

And Night Slashers too, but that's got more of a Hammer Films feel.

wouldn’t want a modern reboot tho they would probably turn Hannah into a transvestite
Last edited: Sep 15, 2020

I love this game. The biggest problem I have with it is this amazing music track


you only get to listen in the very opening section and that lasts for like 30 seconds before you go indoors and the track changes. You don’t even get to listen to the entire song. Absolute crime As this shit is a banger.
Last edited: Sep 15, 2020
S

One of my dreams is a definitive series of beat em ups released for home consoles. Thinking a Capcom beat em up vol 1, 2, 3, etc. Also a Konami series. Each release would only have like 3 or 4 titles and it would be expensive but I’d collect them all for the awesome ports of beat em ups. I assume for licensing issues they have to charge $50 or more for each 3-4 title collection.
Last edited: Sep 19, 2020
You must log in or register to reply here.

The King of Dragons; the best Capcom beat em up nobody seems to remember

May 2, 2021 started VGEsoterica
May 2, 2021
VGEsoterica
I played an arcade game called Cadillac and Dinosaurs (Made by CAPCOM).