Info from Geoff Keighley Interview with Kojima on YouTube:

- No involvement from Del Toro
- Kojima Productions logo has nothing to do with the game, it's just a logo
- It's an action game
- Game setting is still secret
- Kojima won't say the name of the main character
- Game will take "some time" to make, don't expect it soon
- Game name is related to the stranding of something that is dead, like a whale on a beach, something from some other world comes to a new place
Click to expand... 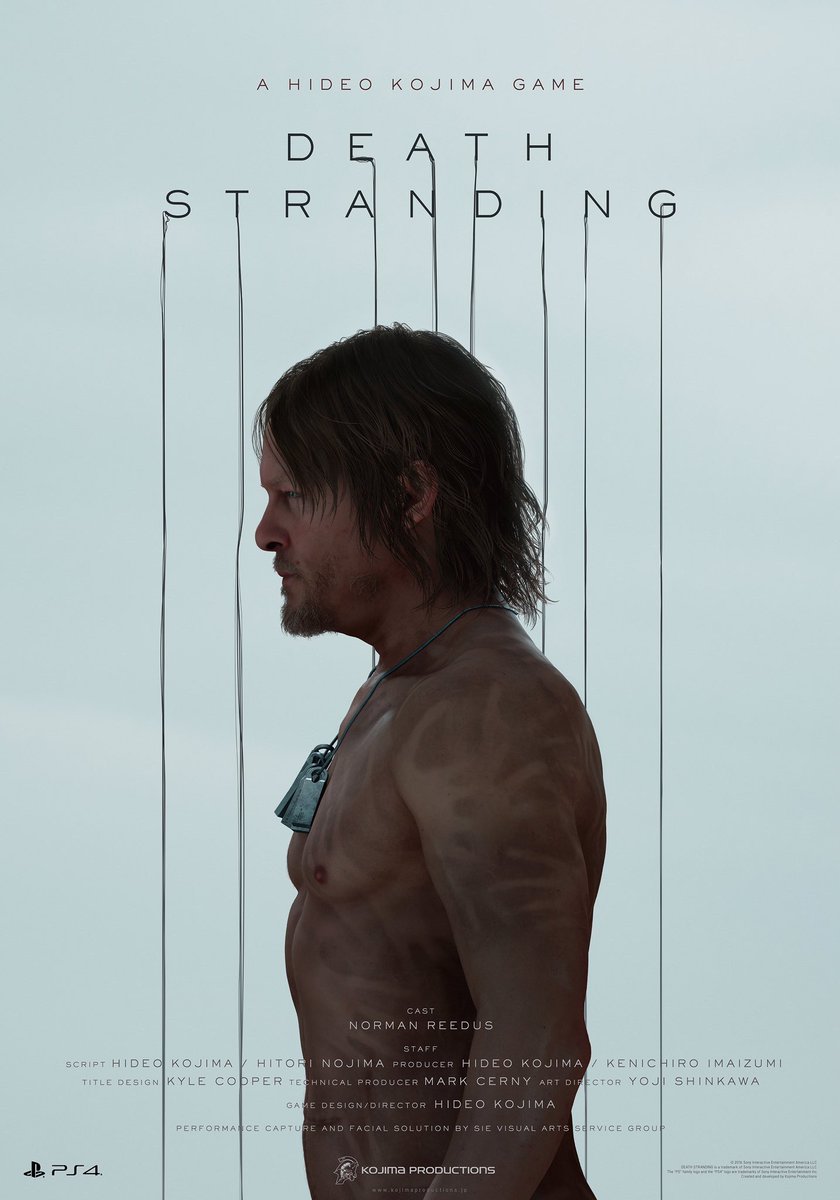 Is this how it feels for straight dudes playing games with boobs flying around everywhere? Kojima here to even out the playing field! Most unique trailer of E3 so far.
M

WTF did I just watch?
O

CALLED IT KNEW THAT WAS REEDUS!!

This was some proper garbage imho.

edit: The only cool thing were the 5 spaceships at the end, but the rest was completely random.
A

The return of the king.
K

Didn't expect that announcement for years, and we won't get it for a long time but DAMN it was fucking cool to see. My jaw literally hit the floor.
B

Looks/Sounds/Feels Kojima as fuck and that's exactly what I want.
M

That was a Kojima ass trailer. Bursted out laughing at that goddamn baby.
Z

Omg I want it NAO.

Seriously though, I am so thrilled that Kojima is working with Sony and I will play anything that man touches.

Also - that totally felt like a metaphor for what went down with Konami.
D

I can't believe we actually got to see ANYTHING.
S

At work. What is the game even.
R

Kojima is a genius when it comes to music for his trailers.
Q

Kojima does the best trailers.
G

At first I thought it said "Death Standing". But then I saw it was actually "Stranding", and I realized this was named by someone whose native language is not English.
D

WHAT IS REAL
F

Becomes baffled, curling up into a ball when confronted with three controller options.

Did that baby come from his stomach?

If so, this is awesome
D

Looks supernatural and the music with it was haunting. Fucking loved that trailer.
O

The ending with the 5 figures in the sky gave me goosebumps.

Silent Hills in everything but name?
S

minameissteve said:
WTF did I just watch?
Click to expand...

He is finally free.
H

This looked fucking amazing! I never expected Kojima to turn up with something to show this quickly and boy did he. The craziness is exactly what I wanted out of him forming his own studio.
B

I HAVE NO IDEA WHAT HAPPENED IN THAT TRAILER BUT IT WAS DOPE!

Whatever this is, it looks really fucking cool.
S

kamakazi5 said:
The ending with the 5 figures in the sky gave me goosebumps.
Click to expand...

Same. God damn, that was just chilling and awesome.

As an Sony employee, Sony keeps everything hidden until E3 but luckily my group found out a day before...Like I said earlier, expect big surprises tonight
W

Day 1 for this madness.

I DON'T KNOW WHAT THE FUCK THAT WAS BUT I LOVE IT, I AM IN, LET'S DO THIS SHIT TOGETHER, KOJIMA, RIDE TOGETHER DIE TOGETHER
S

Baby imagery? Reedus? Horror aesthetic? I smell a repurposed PT and I love it.
You must log in or register to reply here.