For all I know, Nomura doesn't speak a word of English. So all the blame is on Dualshockers.

At least that's how things went down between 4Gamer and Nomura (my translation) :
4Gamer : Thank you for taking the time today. There has been a one-month delay. How is development progressing in view of the April release?

Nomura : Yes, everything is OK. We needed a little more time, due to last-minute polishing of the game. The development, overall, has wrapped up and there won't be any further delays down the line. 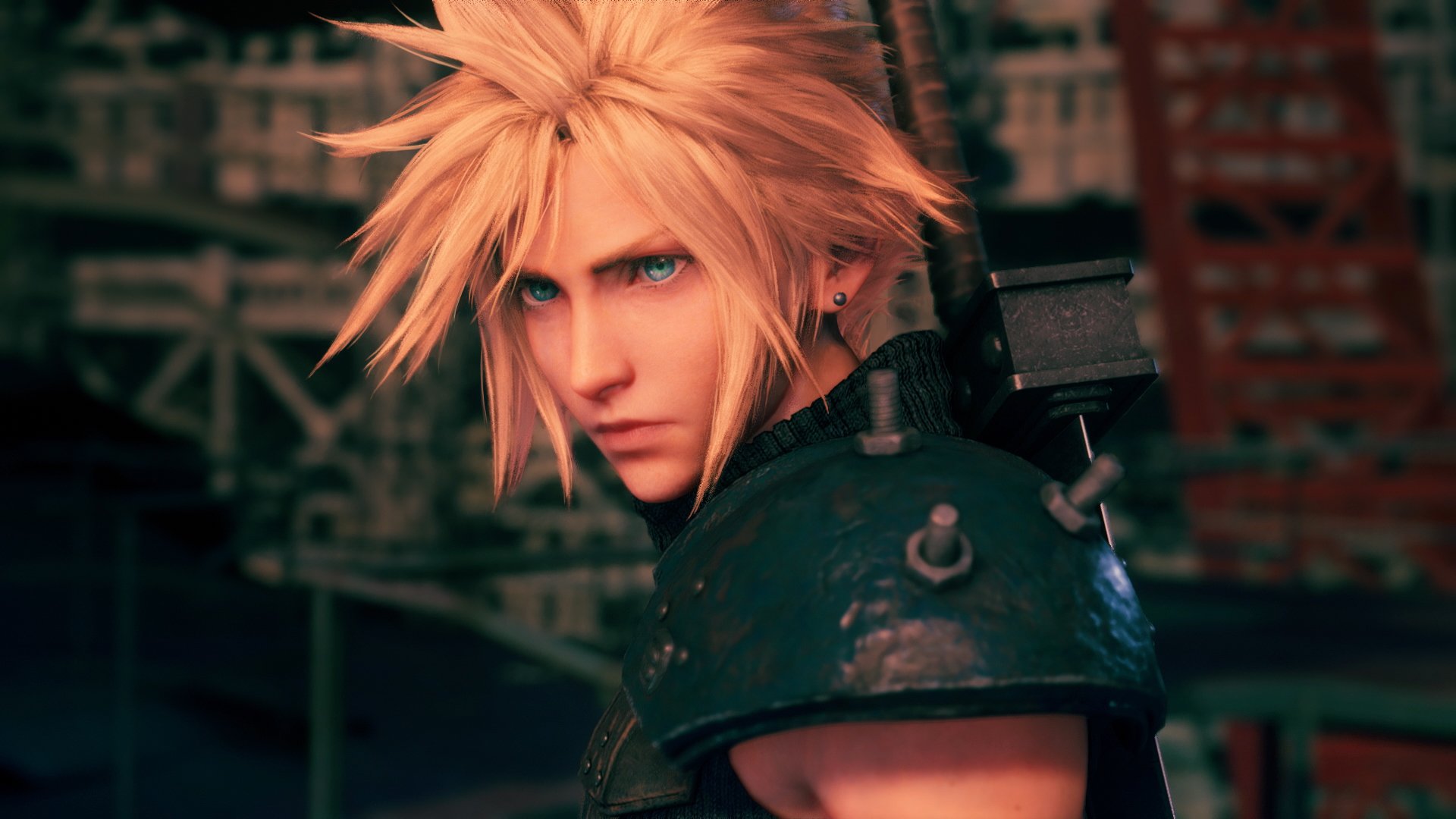 For all I know, Nomura doesn't speak a word of English. So all the blame is on Dualshockers.
Click to expand...

That's what I'm saying, I'm talking about the writer of the Dualshockers article. It's not even a bit that they translated from Nomura:

"Fortunately, it has now been confirmed that no additional delays for FFVIIR will be coming through, as the initial work on the project has now finished."

LordKasual said:
Studios have done it before. The question is where Square is going to choose on placing their attention. Final Fantasy XIV is a perfect example of how much you can accomplish when you aren't afraid of sacrificing a little bit of fidelity for the sake of actually delivering meaningful content.

TBH FFXV is a decent example of this too. The environments in FFXV honestly weren't built out of super amazing assets....the best looking parts of the game were a result of clever placement and usage of lighting effects. It wasn't something like GTA5, Horizon ZD or RDR2 tier but what was there absolutely worked for what they needed it to....they just canned too much of the game.
Click to expand...

its not about paying attention or not. Game development never been that easy and simple. FFXIV is not good example, because its more than sacrifying visual fidelity... if you watch the noclip documentary, you can see how much devs actually bite their teeth to follow the scheduled of 2 years development 2.0 and later each expansion. In the interview even Yoshi-P telling how staff coming back to him. Also, put aside the visual fidelity, but unless Nomura staff develop the sequel with XIV visual fidelity which is LOL.... dont forget XIV visual is getting outdated fast, its ps3 level of quality obvious there difference in development process there and allthough if Nomura team downgraded the visual bit, like XIII sequel but the scale of making content is still whole different there...it wont be exactly same...FFXIV asset even developed with very lower resolution..its like ps360 era of texture..even latest expansion still developed with that kind level of textures..surely will take longer time if they trying to make higher quality than before...obviously VII Remake wont have ps3 level of textures..not to mention it would have better animation, physic simulation and world simulation compared to XIV. For XIV they didnt even have manpower to release opposite gender of latest race, and even updating old textures..the game even lack of voice over and they reused same animation over and over again...they already had handsfull. Its not 1:1 comparison.

The environments in FFXV honestly weren't built out of super amazing assets....the best looking parts of the game were a result of clever placement and usage of lighting effects
Click to expand...

i dont know how you can said this..the game still one of the best looking open world game out there..as i said, making asset is one of most process that that long time in game development..if you watch the making documentary you see how the team travel far to gather data for the game. FFXV also example of this is not that simple...with the open world that actually not much to it, still that take 4 years to develop, FFVII with lot of area, unique location which is as i said before, you cant simply copy paste or put placement of object like other open world game included XV..its not that simple...there even more the to game visual than 'clever usage of lightning'...game development not that easy...while dont forget FFXV didnt actually had much city to explore, Tenebrae not even explorable, Altissia and Lestallum is only city i recall explorable although nothing much to it, the rest? the devs even resulted turn half part of the game as linear train section because they didnt even have time. They even cover up content with DLC. XV not even good representation since it the content it had even lacking, comparing for example you want to remake VII without cutting content like XV did..you want the game end up like XV? Junon end up barely explorable and half end of the game suddenly become linear , lot of open area not explorable like outside train section in XV? Luckly we get Midgar section although the game become part by part atleast they not drop it or turn it to cgi movie like insomnia invasion and rest of content into anime and dlc.

even botw with lower visual fidelity, lot of reused asset and content, developed for console basically 'pro' version of xbox 360 still end up take 5 years. Its not that simple..still need lot of resources.
Last edited: Mar 3, 2020

Well if they don't put an artificial level cap in place there will definately be a ton of level 99 peeps for part 2.

greencoder said:
So how many episodes will there be? And when will they come out?
Click to expand...

square themselves don't even know that
Last edited: Mar 4, 2020
D

Harry Tung said:
Kitase has always stressed how hard a remake of FF VII would be, due to the enormous scope. The amount of pre-production and planning, let alone the actual development, have surely required an insane amount of dedication and resources, even if it's a remake. Add to that all of the expectations and pressure that comes from fans and Investors with such a pristine title and it's no wonder this project has been so time consuming.
Click to expand...

Well, that's worrying...
Because I expect Final Fantasy games to HAVE that kind of scope. The fact that nothing like that was made after FFX is suggesting that maybe I should just give up on Final Fantasy as a franchise. If they are never going to make another big scope FF game with working airships, then the future of FF is dead to me.
Reactions: Paracelsus

DeltaPolarBear said:
Well, that's worrying...
Because I expect Final Fantasy games to HAVE that kind of scope. The fact that nothing like that was made after FFX is suggesting that maybe I should just give up on Final Fantasy as a franchise. If they are never going to make another big scope FF game with working airships, then the future of FF is dead to me.
Click to expand...

The PS1 Final Fantasies used a lot of tricks in order to have both a huge scope and fancy presentation.

So that’s why when Kitase first started getting asked about a FF7 remake these last 15 years (after the PS3 tech demo happened), he kept saying that making a full remake for the modern era would take about 10 years. Because he was envisioning making everything 3D, in-game, voice acted, and more explorable. All with top-notch visuals and extravagant set pieces. Basically, think something like Uncharted 4 but with a 50 hour story instead of just 12 hours, and with another 50 hours of side content. All with an open world and ample exploration (because a proper remake can’t use a mini overworld). There is no game in this generation that comes close to that level of experience. And no, games like The Witcher 3 and Read Dead Redemption 2 don’t meet the above criteria since those games are designed around an open world. FF7 is a fast paced cinematic adventure with tons of crazy ass set pieces and many diverse locations...and it’s 45-50 hours long...but it’s also kind of open world...and so fans will expect for a remake to properly realize both sides of that coin (with Part 1 making Midgar more explorable and presumably Parts 2 and onward opening up the game world).

That’s what he envisioned for a remake. Thus they ultimately decided to break out the remake into multiple parts to realize that vision in a way that’s more manageable and morale-boosting for the team (since spending the full 10 years on a remake of a 25 year old game would result in a lot of doubt instead of seeing the hype and success of each episode).
Last edited: Mar 4, 2020
Reactions: Rean no Kiseki
S

7 was my least favorite on PS1 after 8,9 so i dont even remember it so clearly, but that camera work is weird i know its kinda old school with modern twist , not sure it works best though.not sure will this remake will impress me , i kinda dont need remakes re1,2 didint played ,3rd dont need too, so not sure. i love to remember these games as they where , not sure i wanna replay them as this but with still old style gameplay.

well cam cant be controlled freely by you , so it must be some kinda dynamic stuff that moves around how it needs to, because its not opened area game so you cant control it i guess. but because it so fast paced it gives problems kinda to follow all that action.
You must log in or register to reply here.