Never before in this chapter are the fatal events to lead our to make the difficult decision to leave for distant lands is not the promise of a millionaire treasure, nor the fame and glory; but a dramatic situation that can overturn the cards on the table.

The desert environments with strong colors red blood that stand before the players are in fact fully explorable and at first glance seem to propose different approaches to the mission: in fact the suspension of disbelief does not have such a long life, the locations are built so that they can recreate the feeling a huge open space despite the existence of a single junction and only need the continuation of the story.

The immense landscapes stand out on the retina of the player, featuring a broad and rich in minute details; details that only a few software companies in the world are able to carve and donate to their productions.

Uncharted 4: End of a thief managed to dispel almost all of the (very few) doubts that tormented me before the single-player test, carried out last Friday behind closed doors in that of Milan. The game seems to granite in every aspect: the story of this new chapter starts from a premise more mature than previous episodes - without neglecting the typical humor of the series - while the already solid gameplay has been touched up with some interesting additions and supported by a level design that allows a variety of different approaches. The only question appears on the narrative front: Naughty Dog will be able to reconcile the lockout and masterful storytelling of previous episodes with the new (albeit apparent) freedom of action typical of this fourth chapter? There are only a few weeks to find out, but on May 10 has never been so far away.
Click to expand... 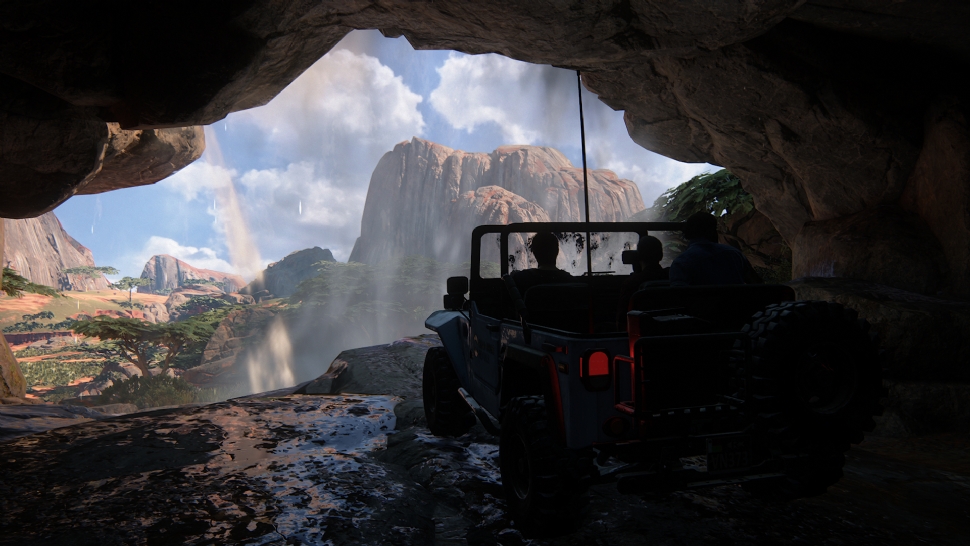 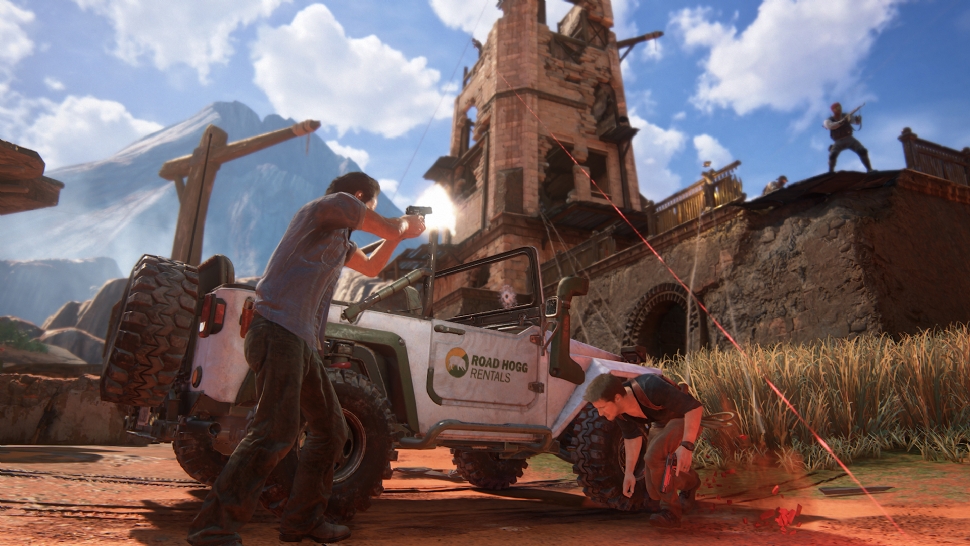 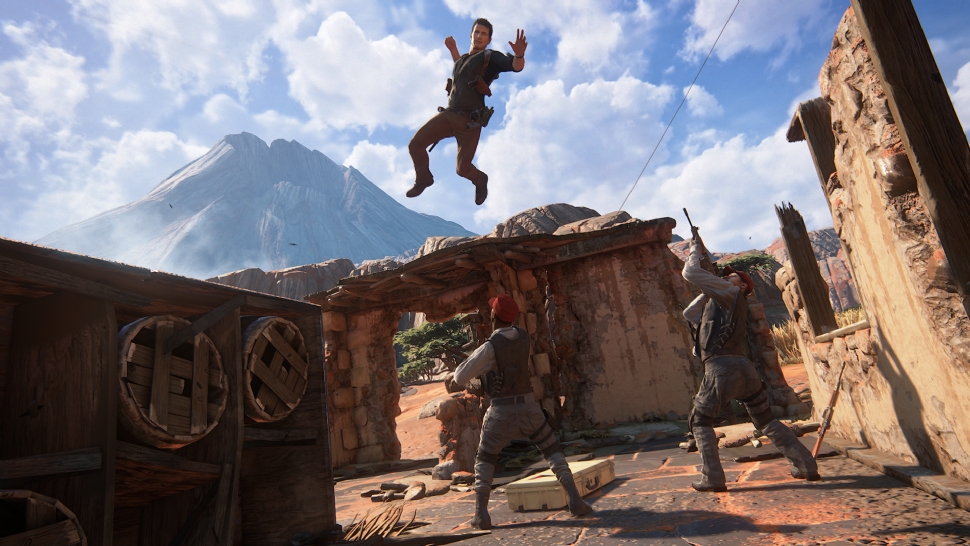 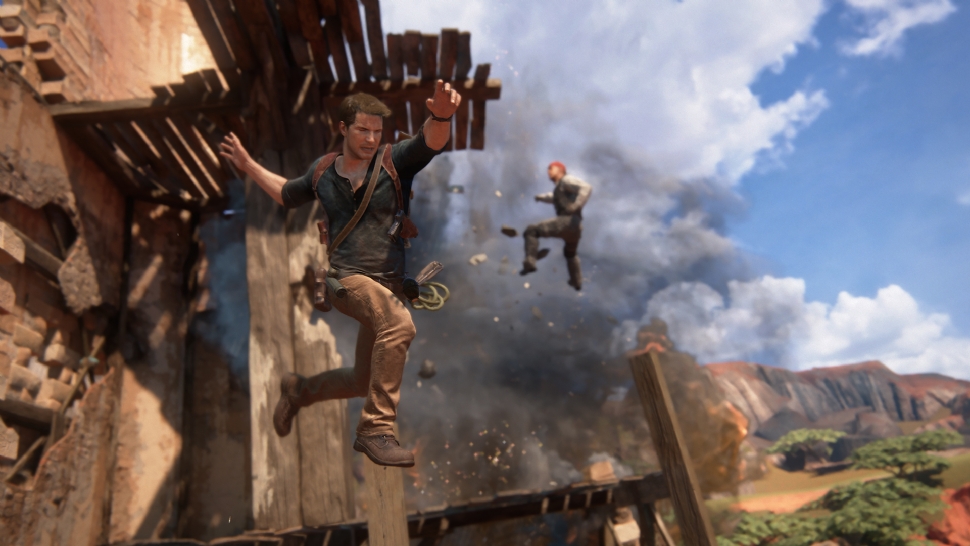 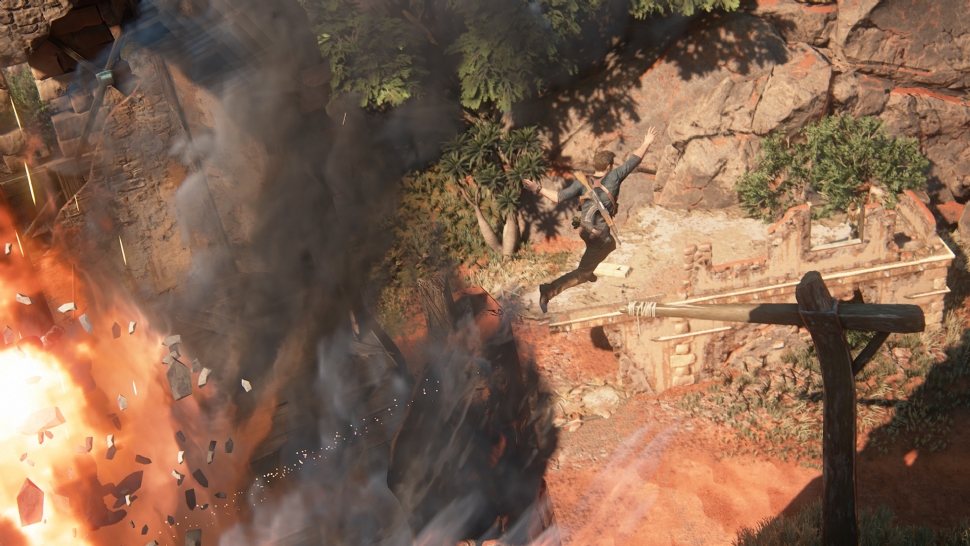 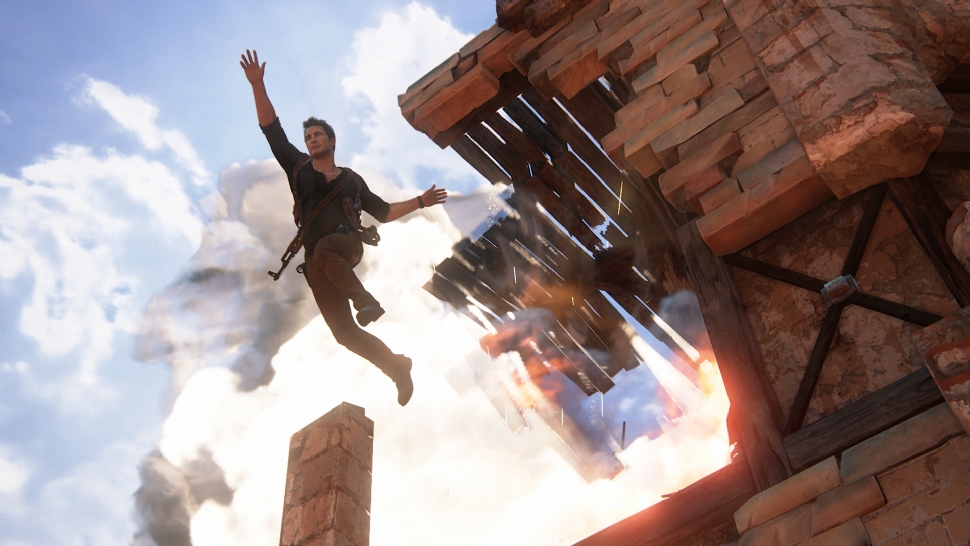 took the screenshots from Dinjooh posted in the Uncharted went gold thread.

thanks to the greater openness of the environment and the resulting different possibilities of approach. the landscape offers numerous strategies to face the enemy, accerchiandolo, sticking his head down or quietly, with stealth killings calibrated to the millimeter. the innovations introduced here thus refer the detection-system AI enemy and Nate's ability to act through stealth movements, favored by the natural shape of the location. the battle can be divided into two simple stages: the first consists in the approach to the target, with the possibility of mark the enemies from a distance, by pushing the buttons L2 and L3; mechanical performance rather trivial in the application because of a too wide range that allows the player to activate profusely markers on enemies are not in visual range. The second, however, is the classic phase of engagement, already present in other earlier chapters, in which the user can decide how to proceed in the clash: the level design of Uncharted 4: End of a Thief in fact allows all types d ' action, emphasizing stealth attack in favor of a boarding without rules. Naughty Dog has provided in this chapter carto the slaughter of unsuspecting enemies of the presence of Drake and, in the vicinity of some contextual areas - such as evergreen shrubs borrowed from a long line of previous games, the body can be automatically hidden from view. Often the latter technique is necessary to eliminate the large number of soldiers present: their projectiles causing high damage to Nathan and throw himself openly in the battle is only recommended for experienced players. This constant urge towards a silent approach has led the Californian software house to design a detection system consisting of the three states "ignorant", "alarm" and "fighter", each determined by a specific color and by a device placed over the roar opponent's head. The system is surprisingly responsive and the look of the sentries is natural and well designed, without encountering thus casus belli generated by X-rays of a friendly guard armed named Clark Kent. Last but not least it is inevitable to mention the grappling hook, already known after the introduction trailer released in the previous months; it can be used not only to solve puzzles related to the environment but also in battle, to rappel from above on unsuspecting enemies or to move quickly on the pitch.
Click to expand...

That rope swinging feels like the biggest gimmick ever.
K

The production value of this game is just insane. How much did Sony spent on this?

Nate is the new Spiderman confirmed...
A

WOW, this is so good. Who needs a PS4K
A

Some really can't keep embargoed stuff in their pants, I see.
G


Cyborg said:
WOW, this is so good. Who needs a PS4K
Click to expand...

So you're telling me there's going to be some scrapping, vehicle chases, cover shooting and collapsing wooden scaffolding?
B

Damn! So hype to play this
T

Cyborg said:
WOW, this is so good. Who needs a PS4K
Click to expand...

Neogaf, we made it!

And Evil Lore spoiled this screen shot, he's on that mountain in the background!
C

Best looking game so far this gen , looking forward to playing it.
F

the rope swinging is like the best new addition. Everything about it is so good. Feels good, looks good, and adds a bunch of new dynamics to both combat and traversal.
L

You can mark enemies, I'm surprised they added that
K

And Evil Lore spoiled this screen shot, he's on that mountain in the background!
Click to expand...

Does this mean Druckmann/Straley are on NeoGAF white ? Disgusting.

And Evil Lore spoiled this screen shot, he's on that mountain in the background!
Click to expand...

I see it
G

I thought we were supposed to get new gameplay in the upcoming previews.
B

Rope swinging is fantastic! In the MP it led to such amazing gameplay moments
E

Gurish said:
I thought we were supposed to get new gameplay in the upcoming previews.
Click to expand...

As do I. That is no coincidence.

And we 'made it' way before this, brehs.
K

Naughty Dog is so mean. They just don't want anyone else to even reach the bar of excellence they put up.
N

I assume that's a base you can clear out

'Heard' something about that
G

Man i can't wait for this .
Time feels like it's moving so slow .
I

They need to know how to develop games properly more like it. You'd think people would take them to task on having to patch huge portions of their games months after launch before crying about underpowered hardware.

zsynqx said:
You can mark enemies, I'm surprised they added that
Click to expand...

They stole that from MGSV, which stole it from Far Cry 3.

Why he gotta be jumping on everything?
G

Well he already broke it, so where are his videos?
P

Cyborg said:
WOW, this is so good. Who needs a PS4K
Click to expand...

Hopefully this isn't a TLOU PS3 situation where it looks good but runs like ass.

etta said:
Why he gotta be jumping on everything?
Click to expand...

Persona7 said:
Hopefully this isn't a TLOU PS3 situation where it looks good but runs like ass.
Click to expand...

In the preview he sad it ran very smooth. Obviously that means little as press are often terrible at noticing stuff like that, but definitely a good sign
C

Looking great, this month and next month is gonna be soooo good with some great titles.
C

Well, is not necesarry to do that. I didn't use that in MGS V
G

Persona7 said:
Hopefully this isn't a TLOU PS3 situation where it looks good but runs like ass.
Click to expand...

Did it run that bad on PS3? Even after playing it on PS4 at 60fps, I don't remember the framerate being noticeably bad all the times I played it on PS3.
B


Well he already broke it, so where are his videos?
Click to expand...


Well he already broke it, so where are his videos?
Click to expand...

We if we going by the PSX demo some places should be fairly open .
MGS 3 style.
E

4/7 screenshots show him mid-air.
It's a rhetorical tongue-in-cheek question.
D

Looks fantastic.
You must log in or register to reply here.

Complistic replied
Jul 8, 2022
It's been more than 5 years: Just replayed through Uncharted 4. Didn't age badly at all!
2