How a penis caused emergency meetings at Bungie (Halo 3, 2007)

A few months before Halo 3 was finished, a new trailer was released at E3 2007. Like anything Halo, it was carefully scrutinized. What some fans noticed wasn't significant enough to even merit a mention on the Wikipedia entry for Halo 3, but was enough to send the studio into a tizzy and prompt several developers to spend a whole day trying to figure out what did (or did not) happen.

Because what Halo fans believed they saw at one minute and 15 seconds was...a penis. More specifically, an enormous penis attached to one of the game's enemies, the Brute. 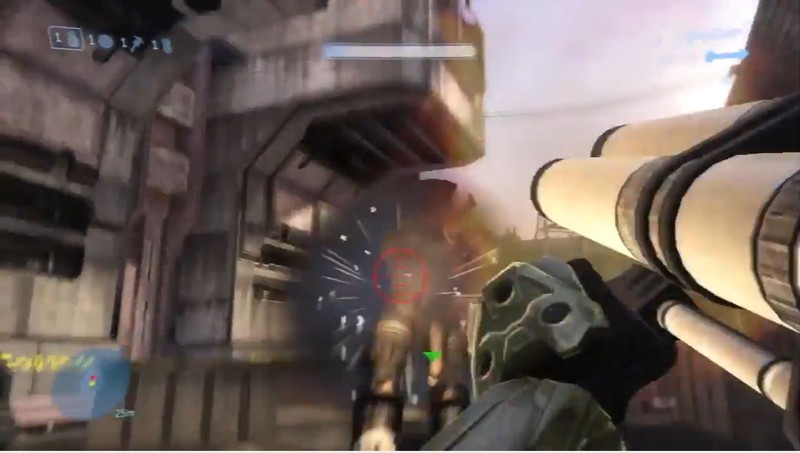 "It's been a long, long time since I have thought about that [incident]," said Steve Scott, the VFX art lead on Halo 3 at the time, who was initially blamed for the alleged Brute penis in the trailer. "It all got resolved by the end of the day but for a wild couple of hours there were a lot of accusations flying around a very stressed studio in the middle of crunch."

In this case, it was the first real glimpse at the campaign for Halo 3. People were looking at it closely, and one detail that people latched onto was the idea of this Brute with a dick openly flailing around.

After fans started pointing out the possibility of a hidden Brute dick, Bungie panicked and started ordering various employees to look into what happened.

"The funniest part is that everyone was dead serious about it and these were like...orders from TOP MEN," said Dan Callan, who was a build verification tester for Bungie at the time, which meant he was intimately familiar with the games Bungie was working on. "I was being talked to by pretty high-up Bungie people. I was a pretty low-level tester at that time and I was given the task from people like two or three levels above me within the studio."

A bunch of different groups within Bungie were asked to get to the bottom of the brute dick issue, including the testing, character art, and graphics engineering departments. Callan was one of those people, and he started by loading the then-unfinished Halo 3 and replaying the part of the game where the footage came from.

"It actually didn't take long to prove the VFX team had nothing to do with it," said Scott. "Our tools were so primitive I couldn't have put that there if I wanted to. Which for the record I didn't.”

Getting to that point was stressful, though. Scott had the president of Bungie and other staff huddled around his desk and demanding to see the textures he'd built for the game. He had to prove to everyone there was not a secret penis hiding in his hard drive.

In the end, the culprit was surprising and mundane: a technical error where "the HDR buffer in the explosion interacting with a normal map in the Brute armor" translated into a penis.
Reactions: Skyfox, Fake, #Phonepunk# and 10 others

Everyone knows that the penis is evil and that's why everyone who has a penis should be eradicated. This is a serious problem and not something you should laugh at.

At least Craig is well hung, so got that going for him.
Reactions: Skyfox, Yabusamaro, PropellerEar and 3 others

You should all watch the morning show on apple+. It Really explains how toxic males can be.
Really opened up my eyes!
Last edited: Aug 25, 2020
Reactions: Elcid

Oh so THAT'S why people used to call it Gaylo...
Reactions: Elcid, PropellerEar, MiyazakiHatesKojima and 2 others

Funny how history repeats itself, because Halo now has to deal with another penis in the form of Phil Spencer
Reactions: Elcid, PropellerEar and brap

Wow... Completely forgot this was a thing.

The_Mike said:
Everyone knows that the penis is evil and that's why everyone who has a penis should be eradicated. This is a serious problem and not something you should laugh at.

Cinserely Druckmann, Resetera, SJWs and all the other cancer shit.
Click to expand...

Now is the enemy of the world.

I hope 343j give players a chance to suck on Craig's cock in Halo Infinite.
Reactions: remake98
You must log in or register to reply here.