biggersmaller said:
"Kings" was a great show for the 12 episodes it lasted. Ian McShane as a sort of King Saul in the modern re-telling of the David story was unique and totally underserved by NBC marketing.
Click to expand...

I came here for this, and only ONE mention? this shit was GREAT.
A

No love for Farscape?

abunai said:
I loved Terriers but it only got the one season on FX
Click to expand...

You done good. More people need to see the show. At least the guy behind it saw the writing on the wall and was able to leave an open ending while still wrapping things up nicely.
J


antispin said:
No love for Farscape?
Click to expand...

I love Farscape but that series eventually got it's finale.
T

The Paradise. Much better than Mr Selfridge.
C 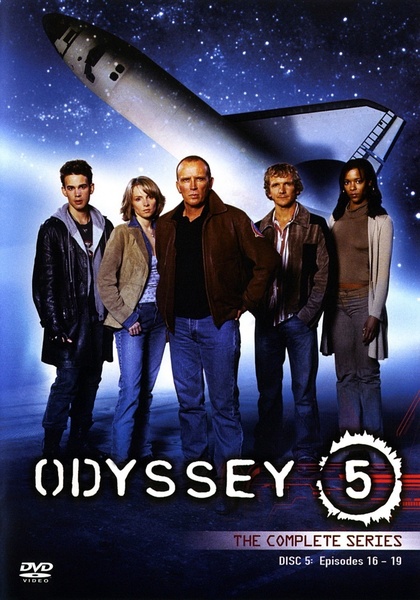 Great sci-fi show with a very surreal feel to it. Sadly it was cancelled way too early, but that did enhance its sense of mystery. I loved it.

Basically the cast of 5 is out flying some shuttle mission when the earth is destroyed. They get sent back in time 5 years by an alien that tells them to find out what happened so that they may try to prevent it. The scene that follows where they discuss what just happened over coffee in a diner is really great and the show has a lot of moments like that.
Click to expand...

Came to post this. One of my favourite shows.
C

I quite enjoyed Awake starring Jason Isaacs. NBC cancelled it due to low ratings.
Z

My answer for this question is always Happy Town. In that era near the middle/end of Lost when everyone was trying to chase the show and make their own "wtf is even going on mystery ensemble drama" this was like the only one that I thought was interesting. Felt like they actually had a lot planned and thought out because the final episode felt like 3 or 4 years of storylines crammed into 40 minutes. Some of the ideas were crazy, would have loved to see it play out over multiple seasons.

I used to be really salty about it actually cause it was killed off so fast (final few episodes didn't even air on tv, streaming only) but Amy Acker was one of the main characters so I've mellowed out on it since she became a main character on Person of Interest. I don't want to live in a world where someone different plays her role on POI.
Z 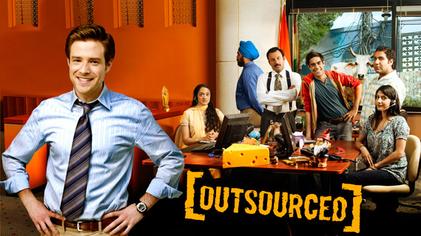 Outsourced. I think I'm the only one on this planet that adores this show.
G

Sledge Hammer! is the best Dirty Harry satire out there. And it has spectacular Naked Gun type slapstick. Most underrated show ever.
E

beautiful dramedy. for me, the best tv show since the wire.
D

I liked The Good Guys. Cheesy buddy cop show. Might be bad since I haven't seen it since it aired though...
T

Gustav said:
Sledge Hammer! is the best Dirty Harry satire out there. And it has spectacular Naked Gun type slapstick. Most underrated show ever.
Click to expand...

80s folks also remember it as running concurrently with Miami Vice. I remember watching Miami Vice for the seriousness then switching over to Hammer for laughs.
G

No love for My Name is Earl ?
B

How is there no mention of: 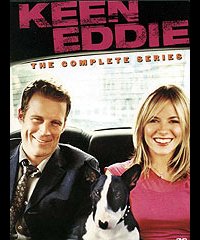 FlashForward had a fantastic premise and much potential. It didn't live up to its own hype but it still deserved a second season to further explore the story. 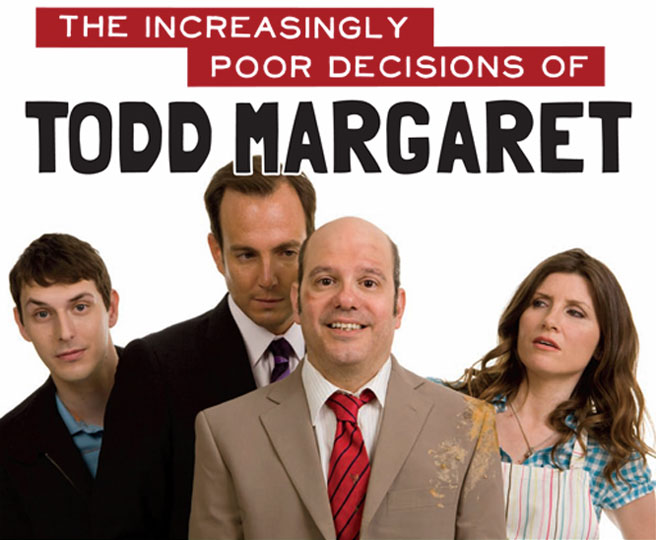 Not sure if this was canceled but it lasted for only 2 seasons. Such a great show; felt like a darker version of arrested development. 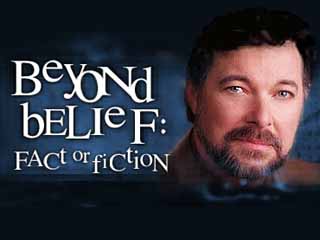 I really enjoyed this show. Only got one season.
T

Outsourced. I think I'm the only one on this planet that adores this show.
Click to expand...

Nope. I thought it was very funny and endearing. The stereotypes went away after a while.
Loved that show.

Mentions:
Terriers
The Good Guys, Man was this a great buddy comedy. Damn.
I

It's a shame that Carnivalé on HBO got cut short. That show was awesome.
M 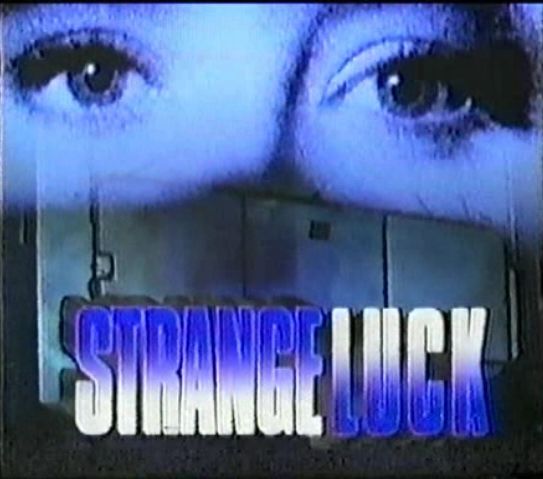 Strange Luck was great and it also started my burning hatred of Fox because it was the first show that I really liked that they cancelled for (at the time) seemingly no reason.
J

JetForceGemini said:
Idk why it took so long but blue Mountain state and Jericho
Click to expand...

Jericho is in the op though
S

Strange Luck was great and it also started my burning hatred of Fox because it was the first show that I really liked that they cancelled for (at the time) seemingly no reason.
Click to expand...

It was great. Not the type that shoots explosives of fun at you, but the type you can grow to love.
A

Doesn't get the love it deserves, probably the darkest network show ever after Hannibal.
E

As far as cancelled cartoons go this is pretty well known 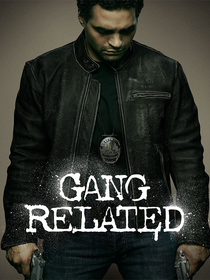 
Fuck you NBC, the worst part was that it was cheap to produce and actually had decent ratings.
T

and Happy Endings...i miss that show so damn much
M

Nowhere Man
From what I can recall, the writers may have had enough warning to cobble together an ending, but it was obvious that they needed more episodes to properly tell the story.

Drive
Nathan Fillion and Emma Stone star in a cross-country illegal road race show. It was a little silly, but it was a lot of fun. Some of the episodes ended up only airing on the internet.

The Tick
This one didn't have enough of a back-story to worry about missing out, but it was a humorous show.

Surface
I have this on DVD and I still haven&#8217;t finished it. It seems pretty good, though.

Now and Again
I might have the title wrong on this one, because a family drama of a very similar name&#8212;Once and Again, I think&#8212;aired at the same time. This one was about a dead man&#8217;s brain (John Goodman starring as the dead man) being transferred into a manufactured human body. It was just getting good&#8212;he had returned to his family and told them he was in a new body&#8212;when the show was cancelled.

MechWarrior
This was a really bad cartoon that came out to advertise some low-quality robot toys, but I still really liked it.

Journeyman's cancellation was a bummer. The show really got better and better as it went on.
B

Very good? I'm not sure - I enjoyed them.

Freakylinks (style of X-Files, but led by a dude and his friends who follow leads they get through their Geocities-style website)
Do Over (guy inhabits his younger teen self, sort of Freaky Friday/The Wonder Years)
S 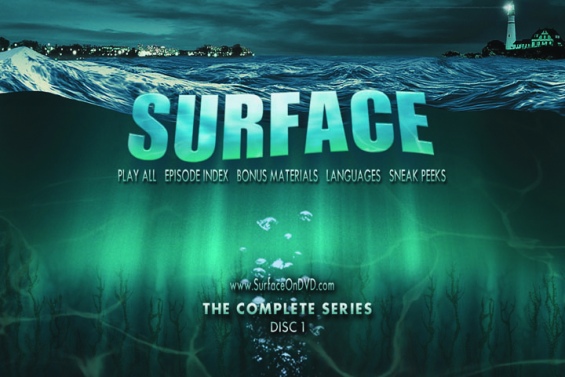 Guinness said:
No love for My Name is Earl ?
Click to expand...

Fastlane. A show way too good but way too expensive to keep going. I wished they would've got some TV movie to resolve things.

The Secret Circle. The show was going somewhere and then it just died. Still trying to figure out how do you axe your 3rd highest rated show? Just opportunity left on the table.
F

Don't Trust the Bitch in Apartment 23. So damn hilarious and cancelled way too early
F

Ugh yes! I love this show and I didn't find it until it was cancelled.
E 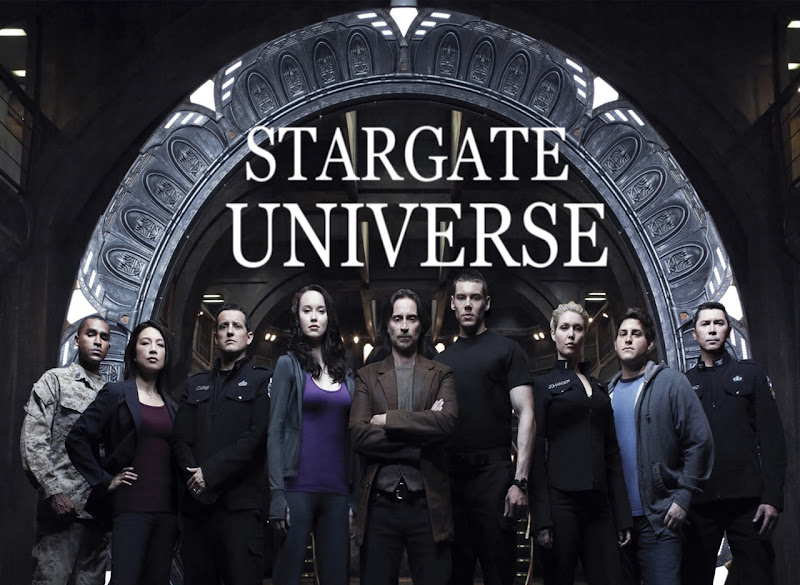 It got a lot of shit for being so different to other Stargate's and basically killing Atlantis to fund its huge budget but if you like sci-fi you should definitely watch it. It has amazing visuals, soundtrack, Rush is a fantastic character, and season 2 has some of the best sci-fi episodes since The Next Generation. Finding out what Destiny was created for is also super fascinating. I wish it didn't end.
Click to expand...

The only thing that enraged me more than its cancelation was the hate campaign run by Atlantis fans. It's like they couldn't stand that Stargate could go in a different direction besides corny and silly.

It could have been the new BSG.
D

JPod. One season on cbc. So good.


Zach Stone is Gonna be Famous. One season on MTV. brilliantly funny.

Lots of excellent choices so far with Happy Endings, Better Off Ted, Part Down, etc.

I'll go with Sports Night and Ed. Ed had four seasons, but I still think it could've used at least 1 or 2 more.

Opinion Do you prefer Movies or TV Shows GAF?