You have the ability to put a mans head on anything? Why not a tank?
A

Look forward to having my head transplanted onto a 20 year old's body when I get old.

Also, would you gender swap?!
C

Khaz said:
That's the billion dollar question. Doctors are pretending they can sew each neurons back. This is obviously bullshit. If it was true, they would be making millions in curing crushed spines everywhere, not making bold claims of head transplants. The guy will have a healthy, lifeless body at best.

[edit] This is what a spinal cord looks like when cut.
Click to expand...
Isn't that an improvement anyway over the one he has now?

It's basically being a tetraplegic or dead. Tough choice to be sure, but it's his choice.
R

Senoculum said:
The residual hormones within the body will likely change his personality/mood permanently.
Click to expand...
Please explain.

Senoculum said:
Key is [...] and have a fresh corpse that
was decapitated cleanly so all the neurons are exposed. Finding the right body will probably take the longest time.
Click to expand...
Do I read this correctly? You think they're waiting for a decapitated body?
N

That doctor sounds like a crafty Highlander. Nice try.
P

raindoc said:
Do I read this correctly? You think they're waiting for a decapitated body?
Click to expand...
Maybe they have a tie-up with Saudi Arabia.
P

How do you keep the body less head and headless body alive to do all this? How did they get the body? How could this possibly work?
R

Musha_Soturi said:
I've said this all along.
Click to expand...
transplantation is all about the immune system, which comes with the body, meaning that the head is the graft = head transplant.
E

Guys, why does it cost 10 million? Can't the neck be just connected and skin stitched?

Even if there is little chance for this to work, the man who volunteered knows this maybe as good as electing for an euthanasia. Given his illness, he doesn't have much choice. But if his operation could result in findings that can help maybe the next operation succeed, humanity as a whole would significantly benefit from breaking this biological barrier.
Click to expand...
Not only was that only once, and only on a nonhuman subject, but read again. The operation with the head transplant to a monkey made no effort to regenerate the spinal cord, the monkey head was kept alive artificially even post op, and the head died of graft rejection days later. Just because soyouresayingtheresachance doesn't give you full license to do whatever the fuck crazy human experiments. It won't work, and this poor man is taking the year or two he has left and reducing it to a few unimaginably horrifying and painful days.

Not to mention, if this guy really can properly reconnect the spinal cord, there are far less invasive, less risky, and less gruesome ways of proving and refining his methods ahead of time. Paraplegic with partially severed cords could easily submit to testing if this miracle neuron fiber connecting polyethylwhosiwhatsit actually works without, you know, taking their whole goddamn head off.

In fact I'd be willing to bet my head that the surgeon doesn't actually plan on doing the procedure, just making an outlandish claim to make headlines and hopefully attract venture capital from some rich dupe to further his research, whatever the hell that may be.
C

That neurosurgeon's TEDx talk just made him seem like he's trying to sell the audience something versus actually educating them about the operation. Using a bundle of spaghetti to illustrate the spinal cord is a little too simplistic and he seems to discuss fusing the spinal cord back together as being easy-peasy with some type of superglue.

He also reminds me of Hugo Strange, so maybe that's why he comes off as a nutcase.
U

industrian said:
I hope that this is successful. Muscle wasting disorders are no laughing matter. Everyone deserves to get ahead in life.
Click to expand...
You should be ashamed of yourself.

Anyway, I can't imagine this ever working successfully. I mean, even beyond the fact that the body is pretty much guaranteed to reject the head over time, even with meds, properly connecting all the nerves from the base of the brain to the new spinal cord just doesn't seem possible.
B

Well one day we will be able to 3d print entire bodies. I am not crazy I am no crazy!
L

He might volunteer now, but I'm willing to bet that eventually he'll change his mind.
J

HoodWinked said:
this was a long time ago and I dont even know if im remembering correctly but I saw a story about a monkey getting a head transplant but it ended up paralyzed from the neck down.
Click to expand...
If I were that guy I'd take quadriplegic over dead any day.

If this works, that'll truly be a glorious day for medicine and surgery.

LakeEarth said:
I'm willing to bet that eventually he'll change his mind.
Click to expand...
So a brain transplant?

LakeEarth said:
He might volunteer now, but I'm willing to bet that eventually he'll change his mind.
Click to expand...
5/10.
H

I volunteer to be second
C

deim0s said:
Good luck to him and the doctor willing to do it tho.
Click to expand...
Lol.. monsterpalooza...?
M

I was actually thinking about this a few days ago, why hasn't anyone done any more head transplant and this pops up, bizarre!
G

Why would this cost 10 million dollars?? It's still just surgeons, nurses and existing equipment...malpractice insurance??? Even for voluntary surgery where neither 'person' would use? (Ones dead already &#128533
W

Barzul said:
So who's going to volunteer their body?
Click to expand...
I would gladly donate my body once I am deceased.
B

I'm personally curious to see how using a clone of oneself as a recipient body would work. Should be a lot easier than using people with very different genetic information (legal and moral issues aside).

I think the transplant operation from the article would fail, although it sure would be something if it didn't.

I don't suppose transplanting brain matter alone without even dealing with the spinal cord is a thing?

Palculator said:
I fucking love you three so much. This operation is well weird, innit?
Click to expand...
Haha!

DJMicLuv said:
!
Click to expand...
Lol. Karl would read that as 'Monkey has human head transplant. Runs for president.'
F

That's one way to give head
N

I'd say this "experiment" has exactly a...0% chance of being successful, even if the donor body was a carbon copy of the one belonging to the person being decapitated.
K

People may have performed head transplants on animals before, but not to the scale that this guy is attempting (actually fusing the spinal cords and trying to avoid total paralysis). He should try the spinal transplant on an animal first before testing out his hypothesis on a human.

King Tubby said:
People may have performed head transplants on animals before, but not to the scale that this guy is attempting (actually fusing the spinal cords and trying to avoid total paralysis). He should try the spinal transplant on an animal first before testing out his hypothesis on a human.
Click to expand...
That's an old-fashioned view, throughout history there's been so many useless animal experiments made that do not translate well to human biology. We have a volunteer, better to try the real business. I'm sure one could find more volunteers out of fatally ill people like him.

Hard not to sympathize for the guy, but there's no way he's going to get a favorable outcome out of this. If he does survive, he'll be a vegetable.
S

I'm in a wheelchair due to a degenerative form of muscular dystrophy, and if this gets viable before robot bodies become a thing I am absolutely signing up
B

SickWheelchairCombos said:
I'm in a wheelchair due to a degenerative form of muscular dystrophy, and if this gets viable before robot bodies become a thing I am absolutely signing up
Click to expand...
SickTransplantedHeadCombos
Member
S 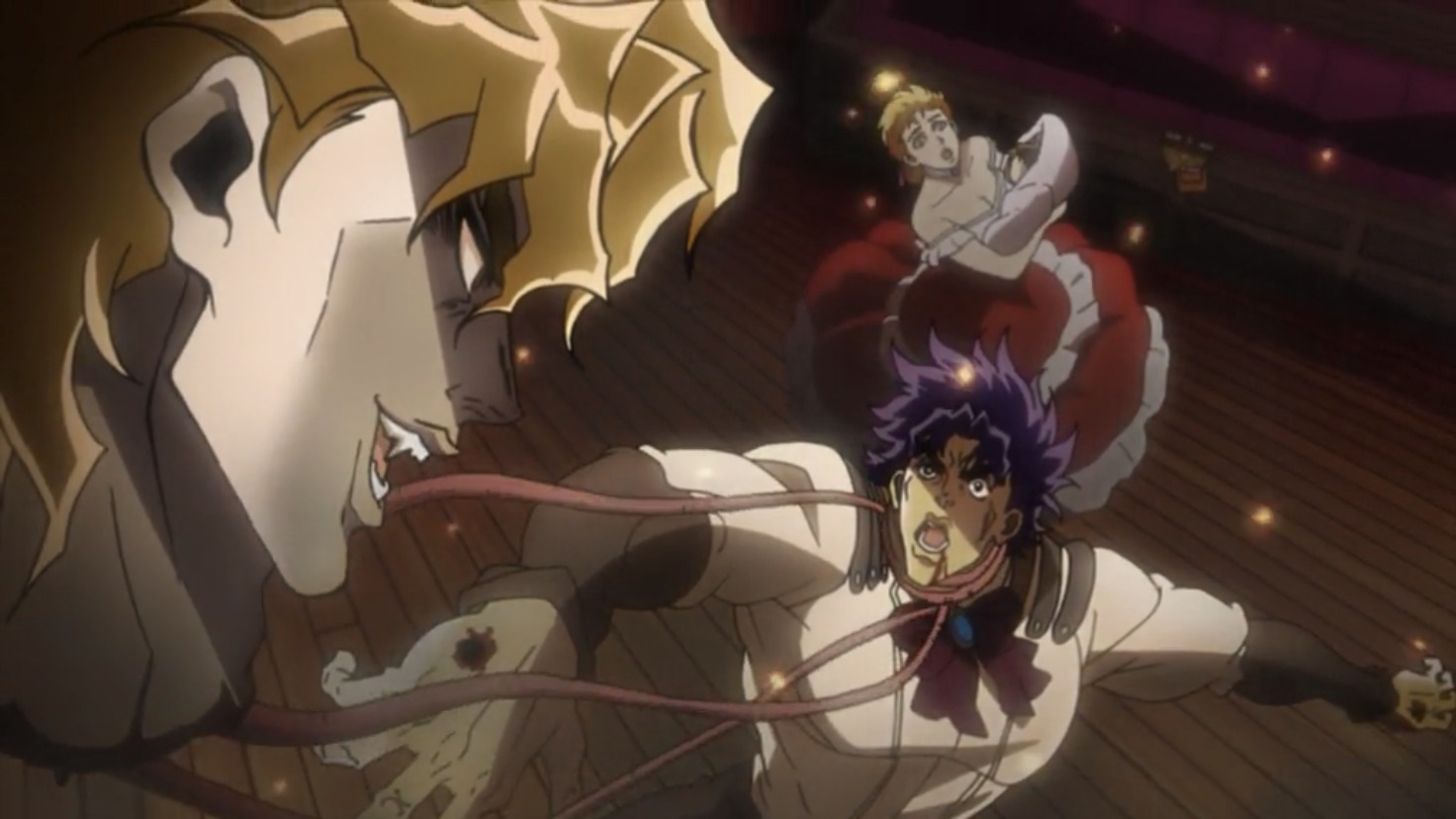 sakipon said:
That's an old-fashioned view, throughout history there's been so many useless animal experiments made that do not translate well to human biology. We have a volunteer, better to try the real business. I'm sure one could find more volunteers out of fatally ill people like him.
Click to expand...
Serious post? Animal testing has resulted in an incredible amount of medical/biological research breakthroughs. In any event, some practice with animals is better than trying a technique for the very first time on a human.
S

I'd ask them for a muscular body.

Barzul said:
So who's going to volunteer their body?
Click to expand...
My guess is a brain dead organ donor. Like a headshot victim or something.
E

*Splinter said:
Are there any other sources for this? The Daily Mail isn't even close to reliable...
Click to expand...
IdreamofHIME said:
What a shitty way to start a news story


...but at the same time I know this story is now bullshit.
Click to expand...
The procedure itself is shaky, but they're very serious about it. I posted this article from New Scientist a couple months ago:

Somebody HAS to be filming / recording this for research purposes. Maybe it will be shown sometime in my lifetime.
M

CyclopsRock said:
Further to the above, this sounds like that Clive Warren film.
Click to expand...
*brofist*
B

I'm more curious about how the doctor could manage to cut someones head off.

I feel a little lightheaded just thinking about it.

This is really a body transplant and not a head transplant, isn't it? Your brain is "you", not the rest of your body.

CyclopsRock said:
Further to the above, this sounds like that Clive Warren film.
Click to expand...
Damnit, you sexy person! Lmao.
M

B.K. said:
Cut your head off your body, cut the head off a second body, and attach your head to the second body.
Click to expand...
Right. But there is still the problem how you would refuse the neurons. So far ne one really knows how to successful reactivate those.
K

If this actually happens I'll eat my own head.
T

On a serious note this sounds absolutely insane, but if it is indeed possible and the situation makes it worth a try then he should go for it.. but my worse fear is body rejection and nearon not rectivation. If the head rejects the body then he is fucked. If the nearons don't reactivate then he is paralysed or much much worse. My gosh, i don't know how to fathom this. Good luck, mr.