Top selling exclusive. Fuck yeah.
Click to expand...
Looks to be the most interesting exclusive game from either system. Forza, KI, Ryse, KZ and Knack all look bland to me.
L

I'd still like to see Tearaway/Ys numbers, just out of curiosity. Especially given Tearaway's release date.
R

Cream, we need to know if any of those games did >200 (or more) and on which plataformas
M

Yeah, N has to be Need for Speed.
F

CoffeeJanitor said:
I am not cheering on the failure of the Wii U. However, if there is one positive here it's that there will now be even more pressure for changes in management.
Click to expand...
And more great 1st party titles.
N

bananas said:
Looks to be the most interesting exclusive game from either system. Forza, KI, Ryse, KZ and Knack all look bland to me.
Click to expand...
Its the only one I actually wanted to play at one point, I'm cool on it though, too many changes and that horrible sequel killing twist ending put me off it -__-
G

darkside31337 said:
Nobody bought Live. Nobody.

Would love some actual Live numbers though just to see how awful it bombed.

Only one solution to Nintendo's troubles...fire Iwata and get a foreigner to run it. That isn't happening.
T

Log4Girlz said:
Only one solution to Nintendo's troubles...fire Iwata and get a foreigner to run it. That isn't happening.
Click to expand...
Foreign to run NoA and their console division but their handheld division and NCL needs to stay Japanese.
B

chubigans said:
KNSFCK?
Click to expand...
No one gives a Knack.
V

LinkMaster111 said:
I'd still like to see Tearaway/Ys numbers, just out of curiosity. Especially given Tearaway's release date.
Click to expand...

bananas said:
No one gives a Knack.
Click to expand...
Shu Yoshida has killed the Knack brand. How would you revive it?
K

Log4Girlz said:
Only one solution to Nintendo's troubles...fire Iwata and get a foreigner to run it. That isn't happening.
Click to expand...
John Riccitiello would be perfect for your scenario.
T

"Saturated fat causes heart disease as much as Brawndo is what plants crave."

Log4Girlz said:
Only one solution to Nintendo's troubles...fire Iwata and get a foreigner to run it. That isn't happening.
Click to expand...
Jason Rubin.
J

Within the last year I have bought a Wii U and Vita... What have I done!

Actually, I love both of them, I just hope I'm going to be able to keep using them for the next couple of years...
P


Instantly regret my purchase lol, this is gonna be a ps+ game in a few months isn't it.
G

bananas said:
No one gives a Knack.
Click to expand...
Go knack yourself
D

Surprised Need For Speed sold so many copies. Definitely got some nice help from Sony by not having GT6 available at launch and Driveclub also getting delayed.
M

People have such warped perspectives. Of course it's not a big deal if Mario outsells Knack, but otherwise is a big deal if it doesn't. That's not some kind of hidden bias at work. It would also be a big deal if a fucking tornado ripped through Washington D.C., but not a big deal if it didn't.
Click to expand...
Yeah, it wasn't a big deal. Until people started mentioning it repeatedly, so it became something to be looked for, even though it was still unlikely Knack would outsell it.

Wll, going off your somewhat extreme example...
Each day isn't a big deal. No one expects the world to end or whatever.
But going back to 2012 with the Mayans or Y2k, there were so many people talking about the world ending, to the point where the normal thing happening (you know, the world not ending) actually became "notable".

So when enough people mention the "unlikely thing", it becomes notable when the "normal thing" still happens.

Phew, that's OT, so done with that.
R

Log4Girlz said:
Only one solution to Nintendo's troubles...fire Iwata and get Foreigner to run it. That isn't happening.
Click to expand... 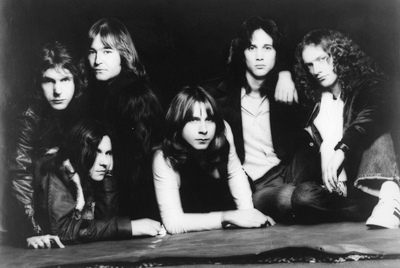 TheBaronOfNA said:
That is a spin.
Click to expand...
That is facts. The Wii U's first 6 weeks were stronger than almost any system to that point. You can go look up the news stories stating such. The problem was not the launch. The problem was the 11 months after that.

The point being that almost every launch in recent history has gone well. We have to go back to something like the Jaguar to find a truly bad launch. What matters are long term numbers.
B

Gorillaz said:
Go knack yourself
Click to expand...
What the Knack did you just say to me?
S

Randolph Freelander said:
Have I been saying pneumonia wrong all this time, as well?

And to think, I used to think New York Knicks was really fun to say. Oh well.
Click to expand...
No big deal. Not worth getting your knickers in a knot over it.
S

Y2Kev said:
$50 instead of $60.
Click to expand...
I could get it even cheaper at best buy with gamers club unlocked
U

Edit: I'd like to see if the X1 and PS4 numbers would be the same if X1 didn't have more exclusives to gobble up sales of third party games.
P

It's like watching a cat play with a mouse
R

Maybe Titanfall won't dominate on xbox 1 like I originally thought. Part of me thinks it should be held until the fall.
P

I guess everybody who was set for Watch Dogs just ended up buying AC4 instead lol.
U

UNCMark said:
Why is that sad?
Click to expand...
I wanted it to do better... it is not that bad.
A

Wii U is finished, they have to get rid of the gamepad and see if anything changes. Vita is for sure done. Sony should leave the handheld market.
G

bananas said:
What the Knack did you just say to me?
Click to expand...
Get knacked


Instantly regret my purchase lol, this is gonna be a ps+ game in a few months isn't it.
Click to expand...
First PS3 Ratchet at 19.99 was a matter of few weeks.
A

Might work.
Click to expand...
Would you say the WiiU's sales are cold as ice? and that the situation is urgent? Seems like it is making some people hot blooded.
Y