Over 80.000 people participated in the creation of the game through the purchase of Tool Packs, allowing different types of involvement stages in the development.
It sets itself apart from classic Crowdfunding due to its members receiving a share of the game's sales generated within the first years after launch as a return on investment.

Project CARS provides a number of different ways for you to play: Career, Solo, Online, and Community.
These make up the four pillars that are represented in the logo and are a testament to SMS' wish for players to have complete freedom and variety when playing:

The Career mode is entirely open and allows players to select any kind of race series / location they would like without having to unlock them.
You can then compete in a whole season in karting, Formula A (the game's equivalent of F1), Le Mans and many more.

Solo play allows the players to create their own unique track / vehicle combination with custom race options, weather and with up to 45 opponents.

A less known aspect is the Community pillar, also called the Driver Network, which lets you race against ghosts and compete on track-specific leaderboards.
More options will be added later, such as community events with rewards and special races as well as a e-sports type annual championship, the "SMS-R Championship".

During your races, your engineer will provide you with helpful hints and comments about the race, and interacting with him allows you to plan ahead for pit-stops.

In-depth information about the physics and common questions about the driving model are available straight from the Project CARS wiki.

The game features over 60 cars ranging from small Karts to Supercars, Road cars to Open-wheel racers, Retro and Prototype cars, with more to come through DLC.
All cars come with complete customization options (set-up) and changeable liveries.
They are also subject to a realistic damage model, impacting performance, a full on tyre simulation and an option for "real assists" to mimic their real life counterpart.

Some of the vehicles: (complete list via header link)

Project CARS has a large roster of race locations with over 30 unique locations and over 110 different courses (including licensed circuits, look-alikes and original ones). 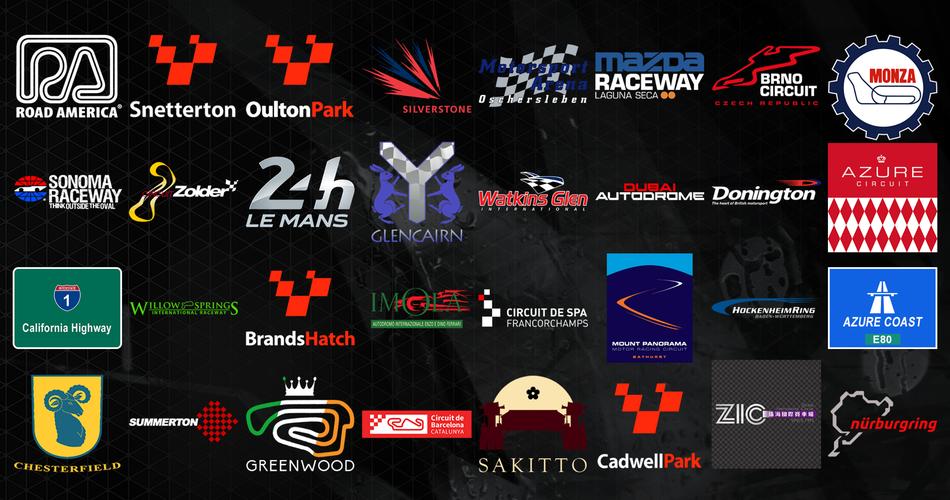 With different courses, time of day settings, dynamic weather and the different car series, it provides one of the most varied track roster to date.

The game supports a wide variety of controller options, from keyboard to gamepads and of course racing wheels: (complete list at header link)
Most Thrustmaster and Fanatec wheels are supported on all platforms with Logitech wheels only being officially supported on PC for now. 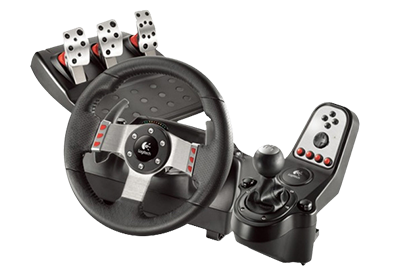 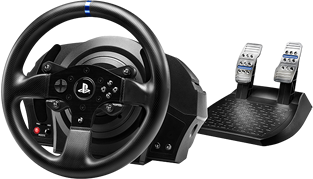 Will my computer run it ?
Most computers run the game pretty well if you're willing to play with the settings some, reflections and rain are particularly heavy hitters. 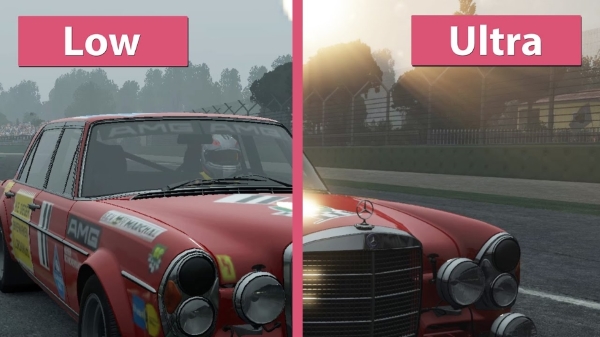 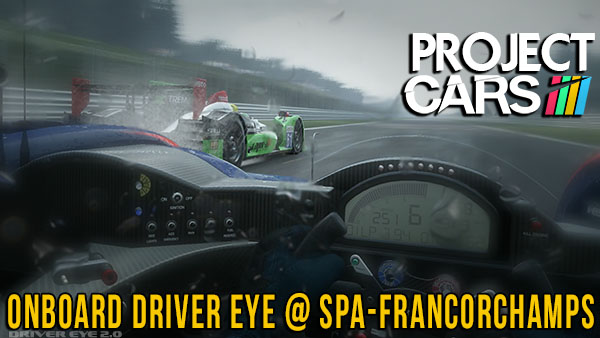 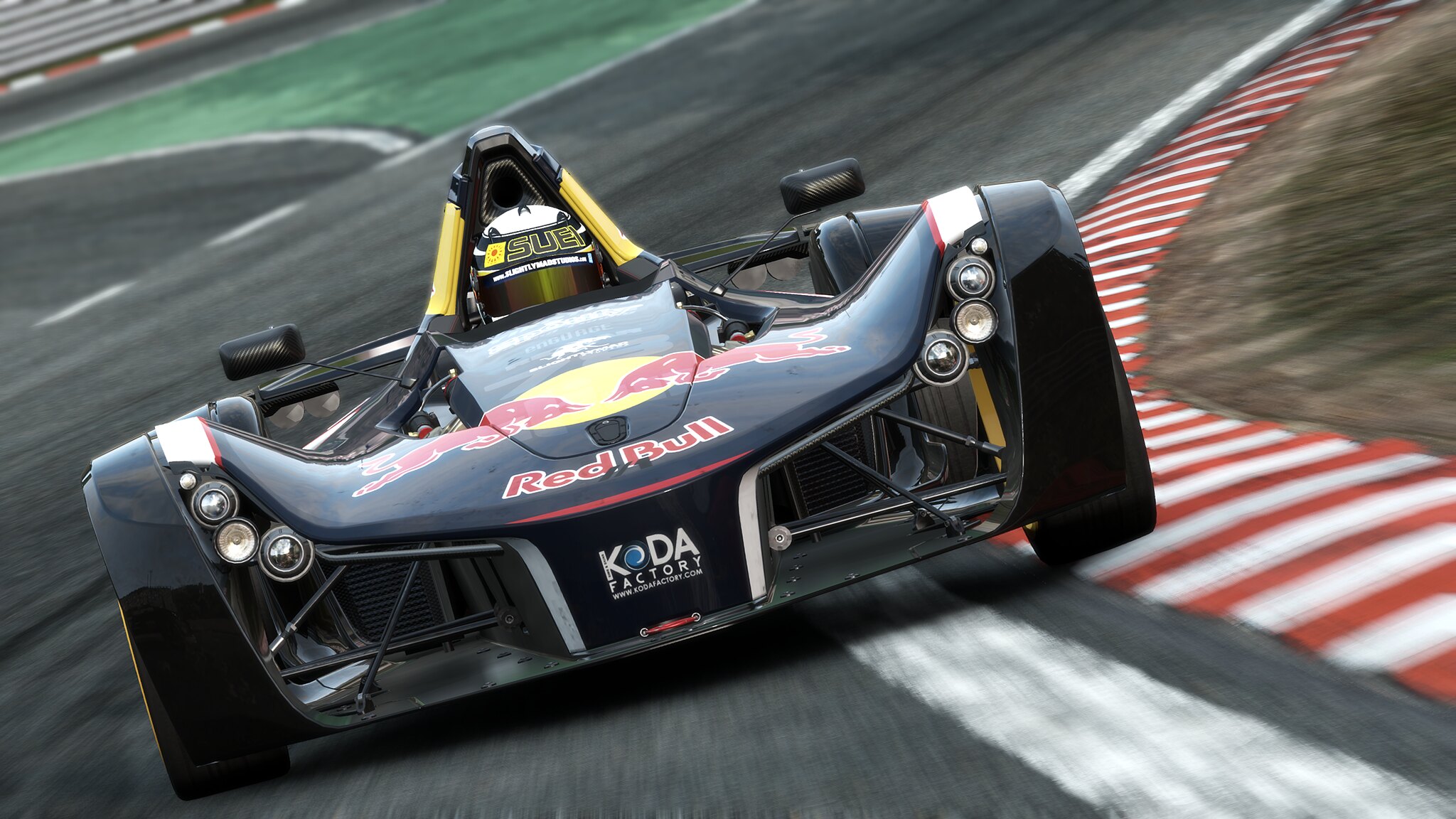 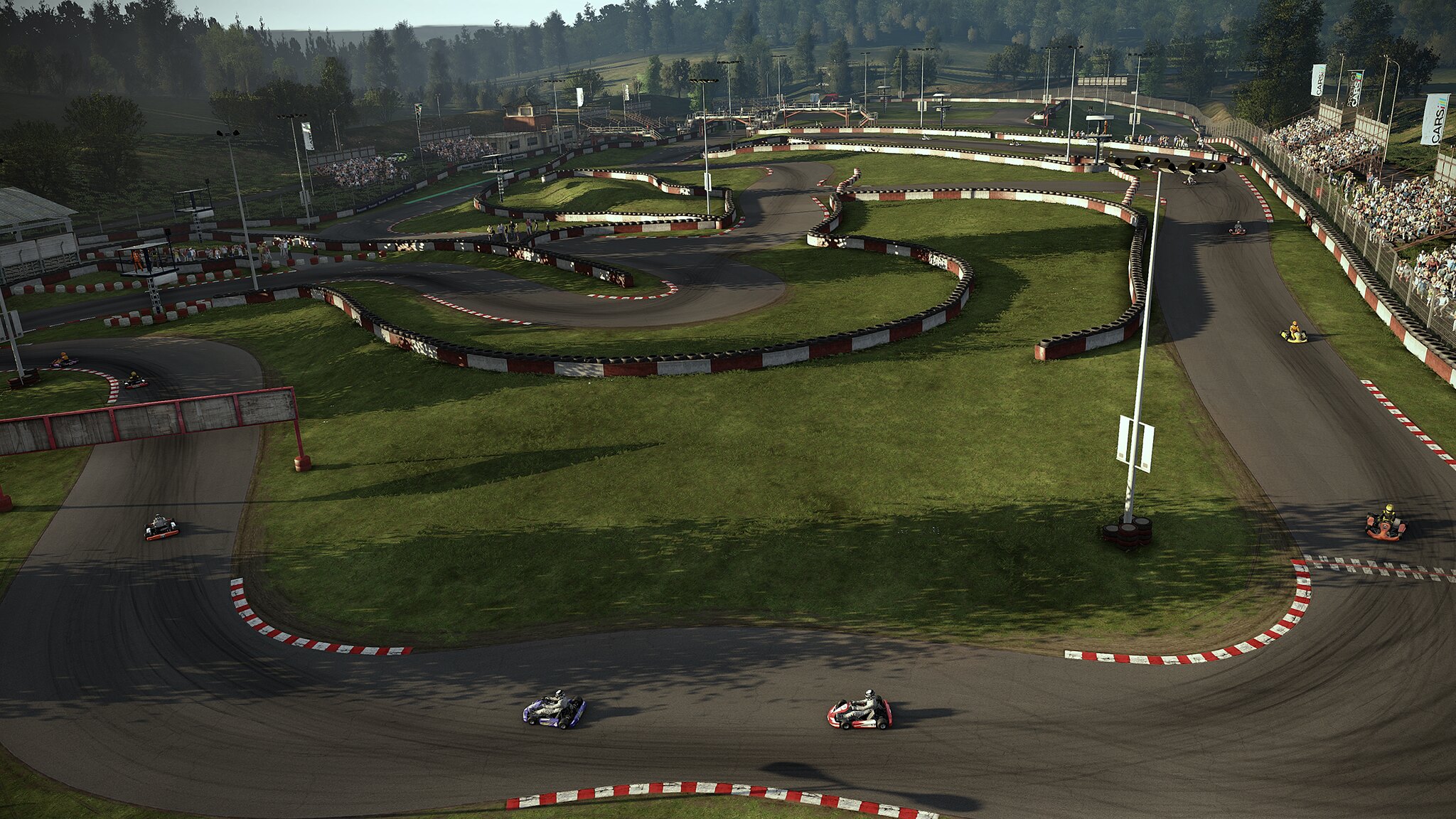 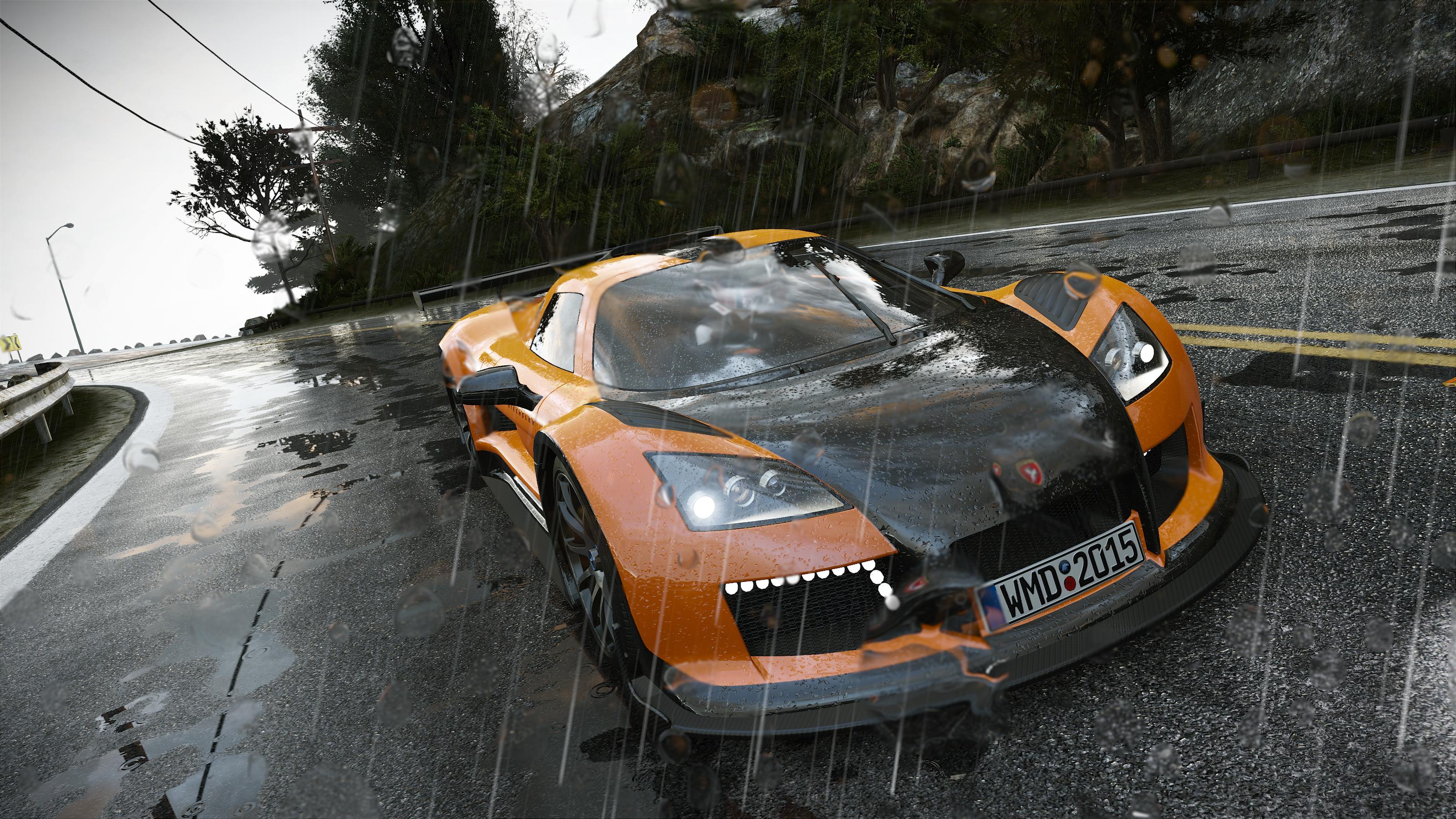 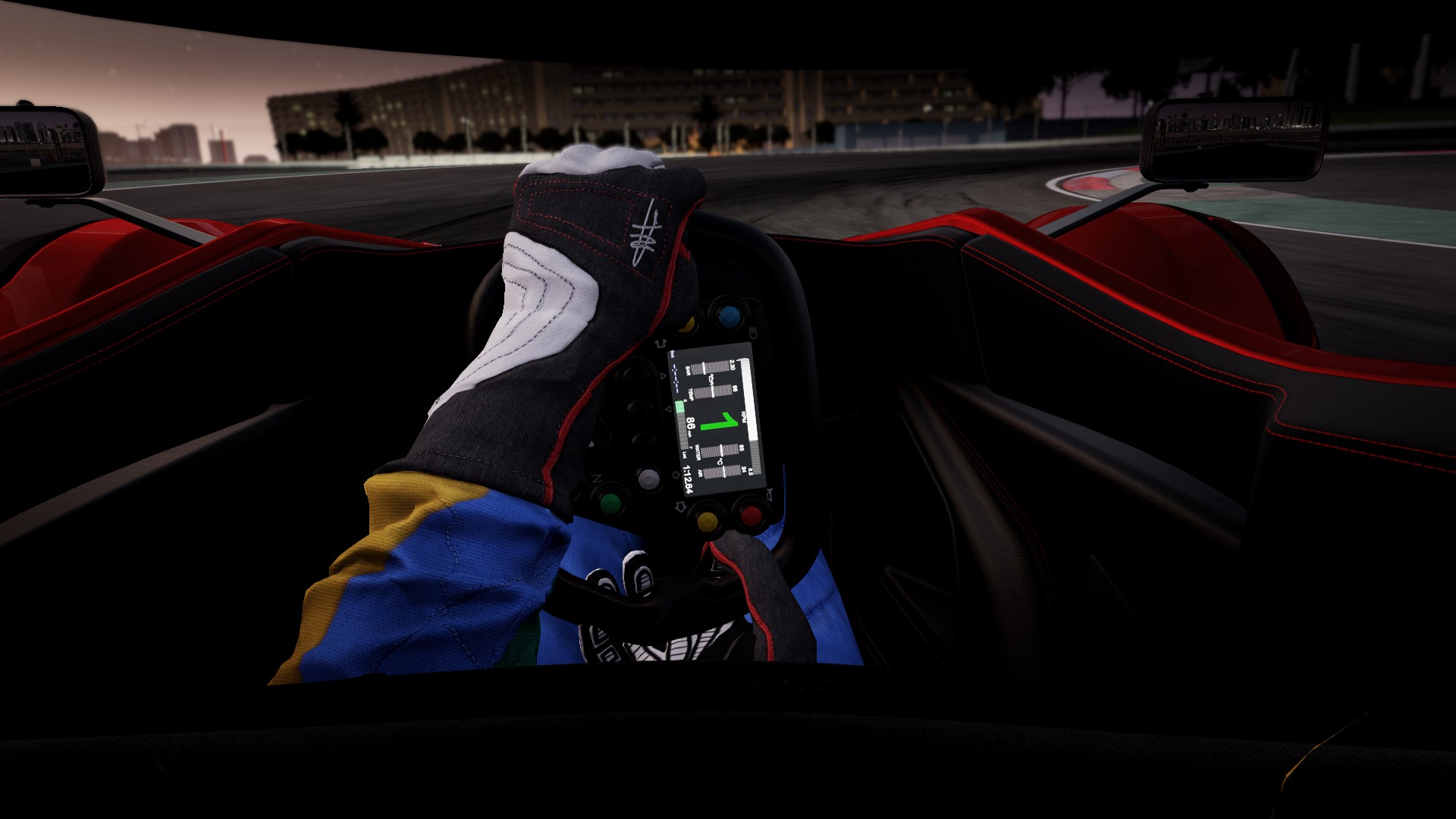 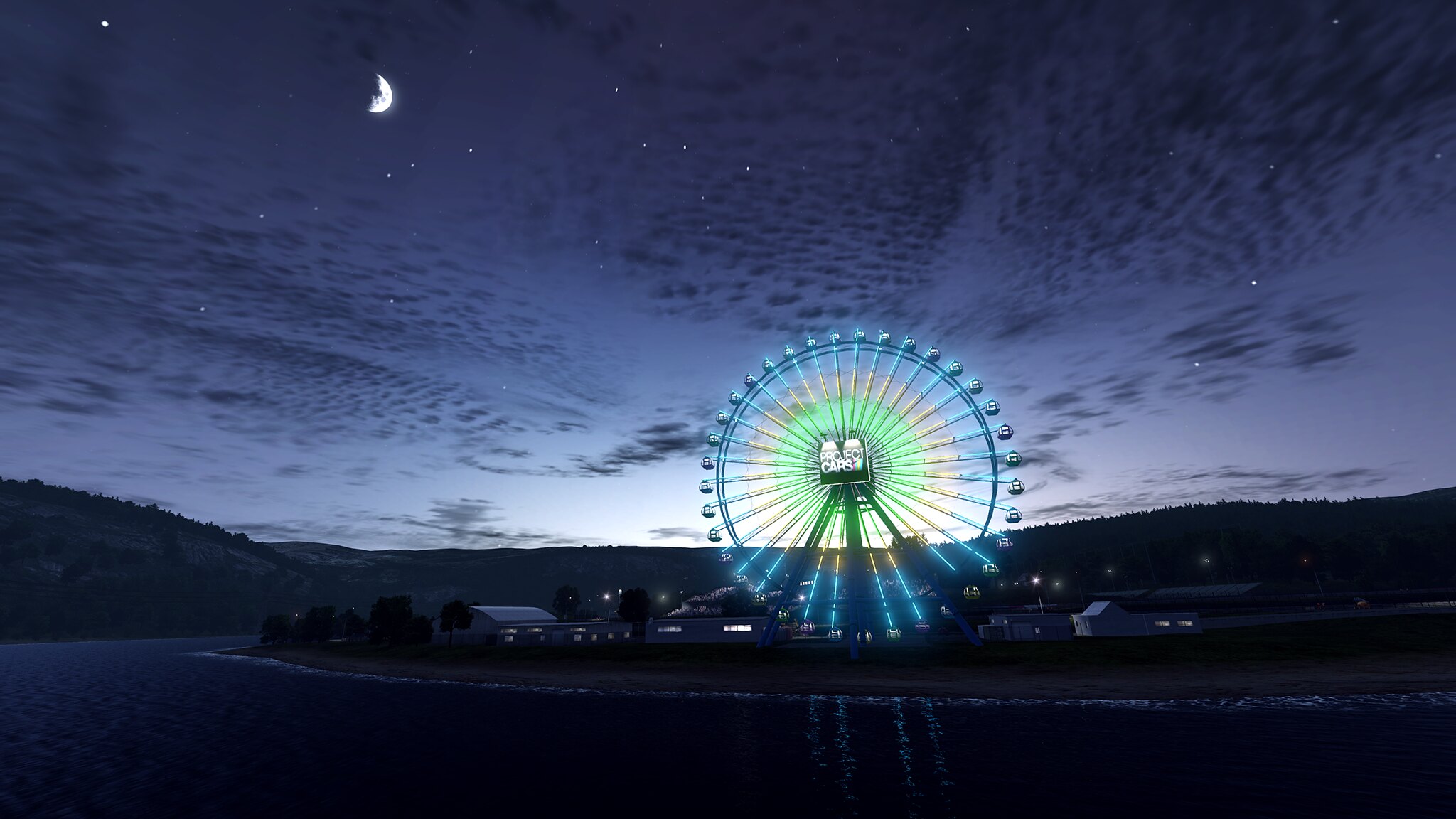 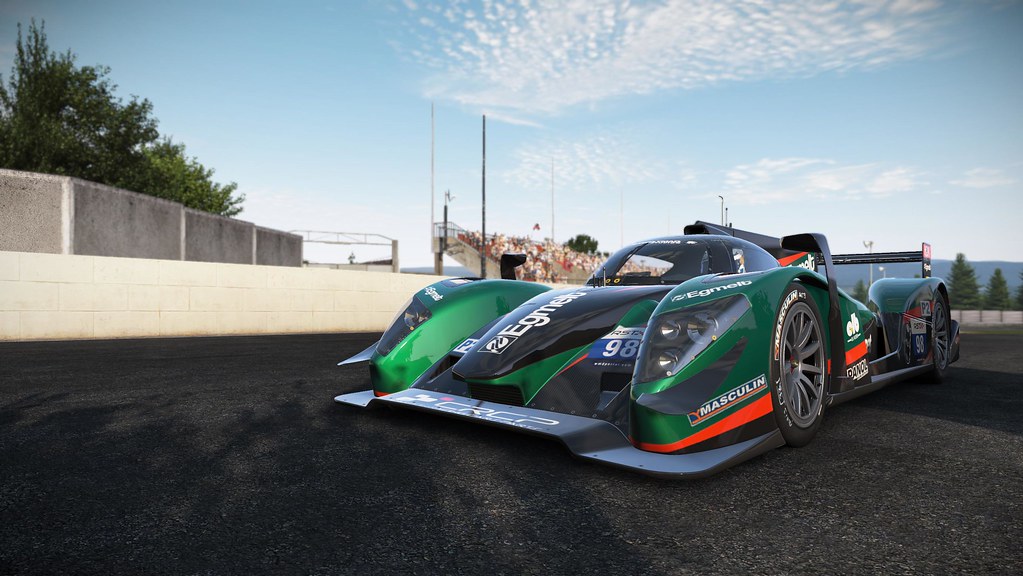 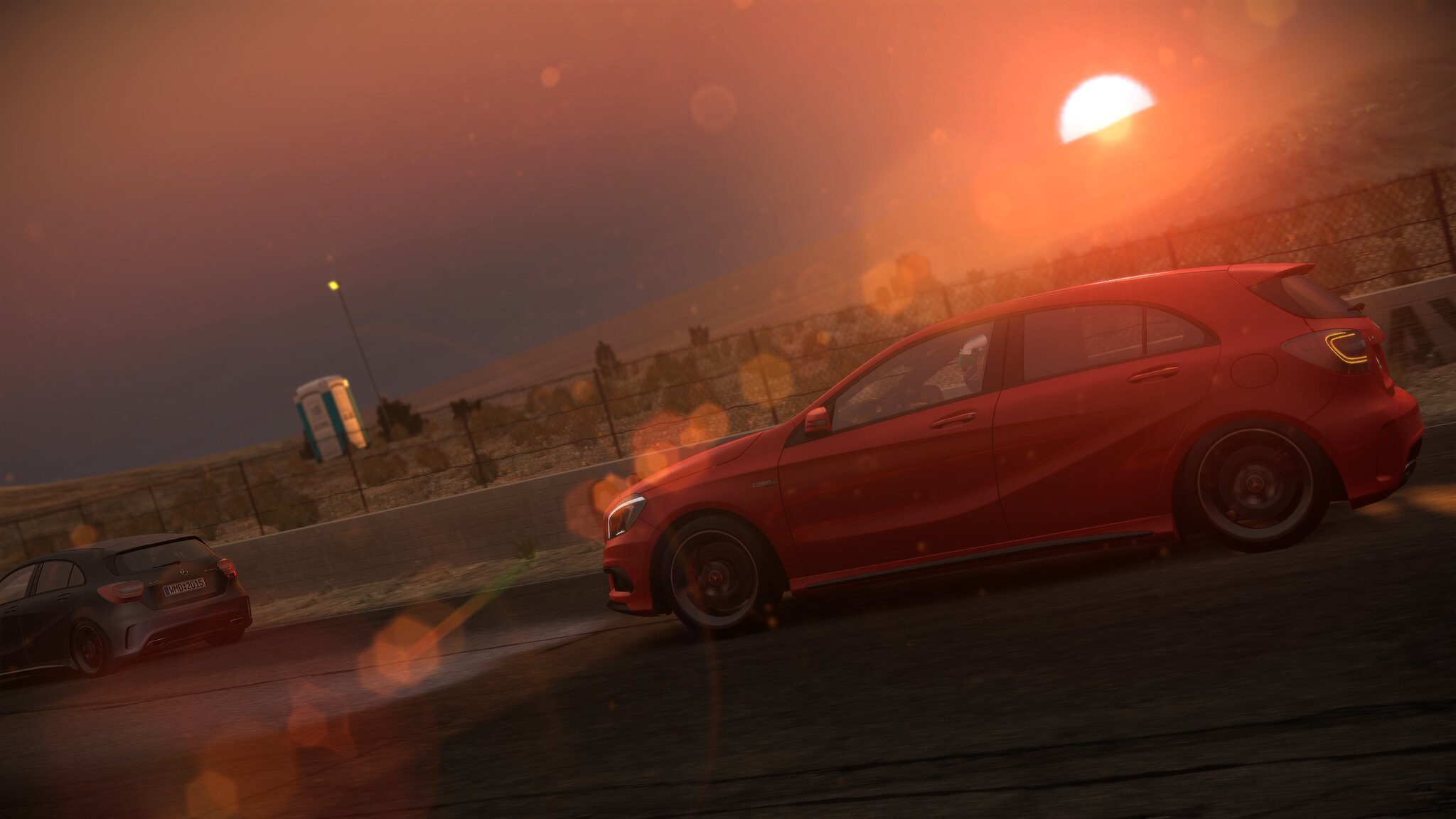 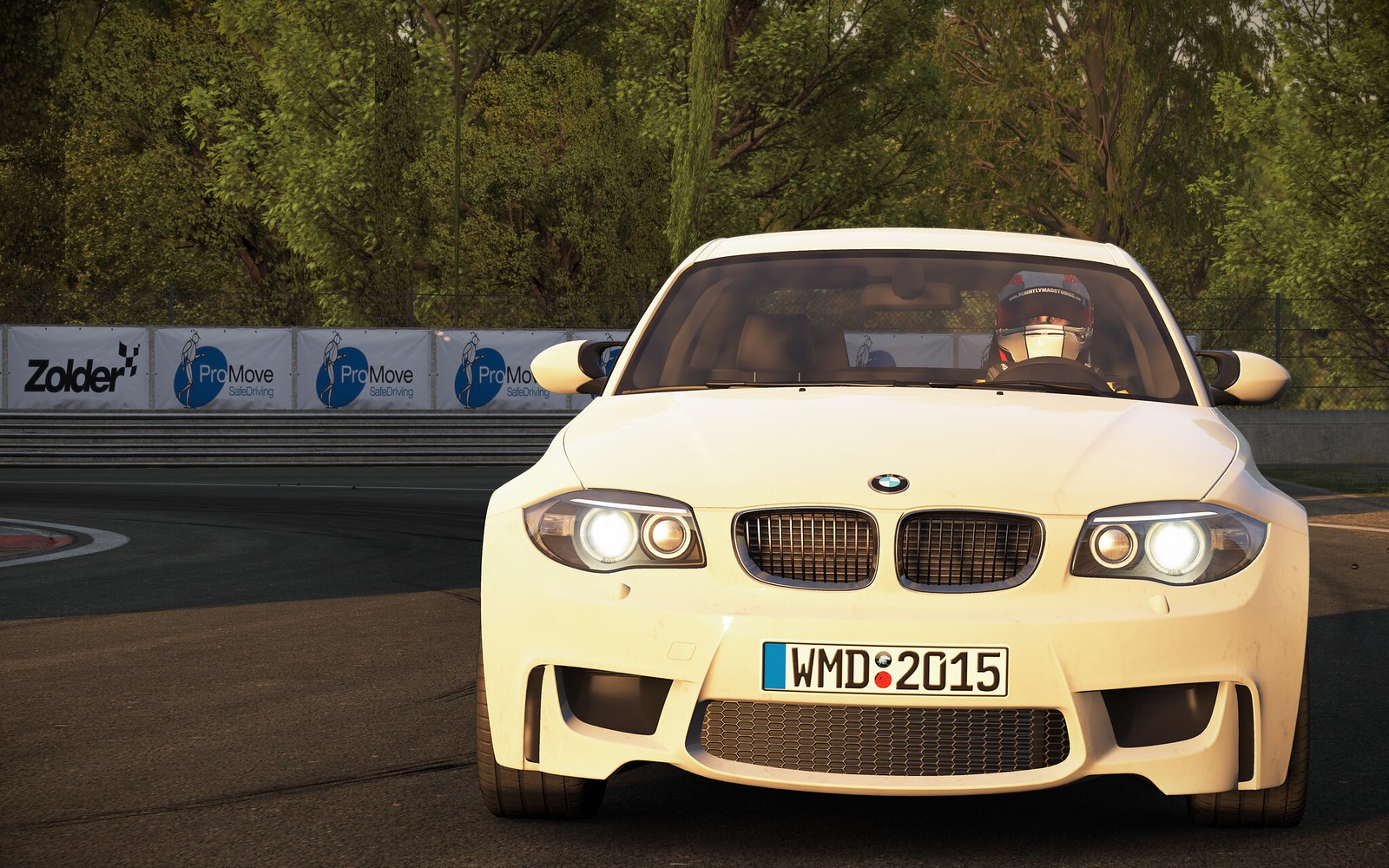 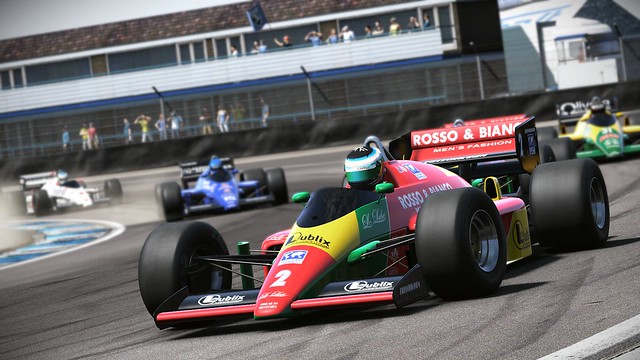 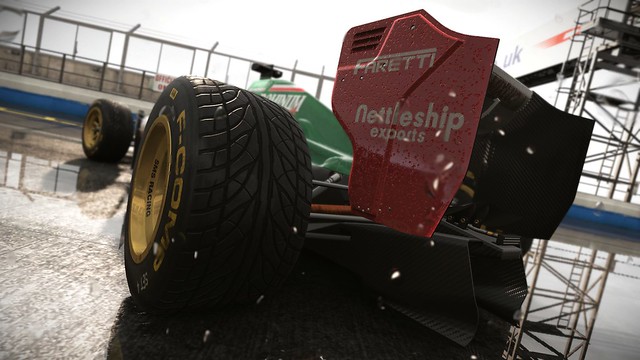 Click to expand...
Credit to several pCARS members for the screenshots (erick, sbon, r8tedm3 and many more...).
C

I know that racing fans will love the game because it´s a really great game, to be almost perfect it just needs a few more cars (probably via DLC)
B

Thanks for volunteering, Staab.
N

Great OT. Can't wait for this. Hopefully I get my PS4 copy tomorrow!
M

It's so weird to see an OT for the game I've been playing for years! Hyyyype

The game supports a wide variety of controller options, from keyboard to gamepads and of course racing wheels: (complete list at header link)
Most Thrustmaster and Fanatec wheels are supported on all platforms with Logitech wheels only being officially supported on PC for now.
Click to expand...
I'll just re-post this here:

So the lovely guys at Gamersyde just had a PS4 livestream with Andy Tudor:

Among many questions they asked whether Logitech wheel support for the PS4 version is possible in the future. (at 49:30)

The answer from Andy: "Our list of supported wheels are not final, please hang in there [laughs]... We have the answer, but we just can't tell it right now".

Good job on the OT, nice one.
Q

It seems to have changed to

"Coming soon
This item is not yet available."

Damn waited all day for the steam unlock now it seems to have been delayed. Boooooo
N

thought it still had an hour to go before it was supposed to unlock anyway?
R

We finally got an OT.

My copy will be arriving tomorrow and I have the day off (it's also election day) so going to sink some hours into this.
A

Digital: May 7th 2015 (Midnight worldwide release)
Click to expand...
Wait... Does this include PS4 digital as well??!
T

I'm waiting for the AMD drivers fix before buying this, suckssssssssssssss
S

Project CARS missing it's release date? Well I never!
Off to bed, I'll try it tomorrow then.
/chinnermode
H

Why hasn't this unlocked on steam yet?

Nice OT. Here I'm sitting and waiting for the game to unlock.
R

I restarted steam and now getting a "unpacking status. Something's happening????
S

It's happening guys, restarted Steam, unpacking. See you on the battlefield!
N

RP912 said:
I restarted steam and now getting a "unpacking status. Something's happening????
Click to expand...
same here...restarted Steam and got it to start unpacking
G

Rev up them gigglebytes, ladies and gentlemen.
B

A link to review thread and/or metacritic would be a good addition.

I'll help you with the links:

I have played over 300 hours of this game, and I can't wait to play more. Soon the gates will become open for general consumers, devs will upgrade the game even more, good times are ahead.
A

Edit: It's downloading the update first.

Fun on hold.
B

Mine seems to be unpacking the game says 9 minutes
J

Unpacking now. Was hoping my racing wheel would get here in time for this. Gonna have to settle with my fisher-price 360 wireless wheel in the meantime
S

Yeah seems like a strangely fast unpack...3mins, I am on SSD but still that's a crazy difference compared to normal. Though it is only 15GB.

Ah it's jumping around the 10 minute mark, but has done 1/3 of it in the progress bar very quickly. Should be quick.
G

Item Box said:
Gonna have to settle with my fisher-price 360 wireless wheel in the meantime
Click to expand...
lol
S

Sounds like it's time to turn off GT Legends and check how this is doing. Nice.
G

Playing it since yesterday on the ps4 with a thrustmaster t500rs and really really like it. But there a few tiny issues which i would love to see adressed:

- This is one of the rare games where i would like to have a proper manual. There is one here http://www.projectcarsgame.com/digital-manual.html but its not explaining what the diffrent controller / wheel settings do. Never seen so many FFB setting in any
console game so i am a bit overwhelmed. What is the controller input mode ? And what is the diffrence between advanced mode and normal ? I guess its only for the pad ? And so on...

- Which brings me to my next problem. There are not enough buttons on my wheel to map all the available functions. Gran Turismo had the option to map functions to the controller and use them while using the wheel. Would love to see this added to pcars as well.

- Would like to see some kind of indicator when i switch the abs (for example) on and off while racing.
F

Lirik is currently streaming it. He is overwhelmed with the options lol
Lirik's Project Car stream
Or check GiantWaffle with his geared set up
Giantwaffle Project Cars Stream
A

Game's unlocked, here we go!
A

Froli said:
Lirik is currently streaming it. He is overwhelmed with the options lol
Lirik's Project Car stream
Click to expand...
Wow, is that guy being terrible on purpose?
B

Oh my, just had my first quick race in it. It is exactly the type of game I was looking for, I love the way it handles and the sound is great.
D

Wow, great OT in such little time to do it. You guys are wizards.

Can't wait, just came back from the gym and it's ready to launch!!! Most anticipated game for me in five years.

Add me for some racing: