Update #2
way more information by Jason Schreier who knew about this: http://www.neogaf.com/forum/showthread.php?t=1285379

OP:
--
I know somebody that works at Activision.

And he was on a plane and then a train and saw a presentation on another person's laptop.
(No, serious mode: This is what is being internally communicated to employees.)

Vicarious Vision and High Moon will help out.
Raid matchmaking is in.


jschreier said:
I have also heard that D2 is coming to PC and that Vicarious Visions is working on it. Don't know about raid matchmaking (that'd be dumb imo unless they finally make matchmaking an option rather than a setting).

I expect D2 to feel more like a new game than a continuation of D1. What I heard is that the reason it was rebooted earlier this year (and is now helmed by GAF poster Luke Smith) is because the original version felt too much like an expansion. I'm expecting them to change everything. I don't think Bungie has decided yet what you'll be able to bring over from year 1 or what you'll get as a reward for being a long-term player. But I expect a fresh start.
Click to expand...

Okay...will wait and see. Will buy if co-op cross play is in.
Q

Wasn't that the plan from the start?

Talking about their 10 year plan thing that got leaked from the Cod trial.

The flight plan I just filed with the agency list me, my men, Dr. Pavel here. But only one of you!

Train AND a plane? I call bullshit.
C

What's with everyone leaking their games on planes?
W

Would be weird if it wasn't, big missed audience there
S

Was it a plane, train or automobiles?
T

I would hope so but this thread doesn't really improve my confidence.

Been a while since I've seen a good "My uncle's cousin's friend works for Sony..."


Destiny 2, which hasn't even been announced, its coming to PC guys!
S

It was strange that the first game missed the platform considering the massive playerbase and huge popularity of similar products.
D

You sure that it wasn't Ubisoft guy?
D

Of course to both those things.

How will randoms matched into a raid figure out who has to hold the ball? Come on, guys.
J

Anoregon said:
Train AND a plane? I call bullshit.
Click to expand...

no he said plane THEN train. You can't go from a plane to a train, you'd fall out of the plane before you got there. SHEESH
I

All aboard the CBoaT
J

With ps3/360 presumbly not supported for the sequel, would it be safe to say its gonna be 60fps on pc... and hopefully consoles?

guess it depends on how much better it looks.
N

Well the last time a plane was involved in a leaked game it was legit.

So sure why not.
E

Raid matchmaking in = shittier raids unless the requirements are stringent.
F

Get that verification scoops Jason!!!!
D

It was always expected that D2 would come to PC.

If raid matchmaking is really in then I hope they don't dumb down the raid for it.
R

Errr...that was a weird way of describing it. Could've just said - I know someone who saw the presentation -

The 'train and then plane' bit almost made me think you were doing a comic routine (no offense meant, benny!)
E

Would be interested. Whatever they better have inclusive matchmaking and design that works on all modes this time vs a random "have 5 friends or sort it out yourself offline with other strangers" approach.

I like the idea of the Raid's but they simply failed to attempt the challenge of making them inclusive at all IMHO and while I understand how rushed Destiny must have been given launch content status vs how it evolved i expect them to solve this for a full sequel.
K

Damn planes and their leaks!
Z

Wasn't there a new assassin's creed game that leaked from someone looking at a person's laptop on a plane?
Z

Absolutely jumping into this if it's on PC.
B

Rymuth said:
Errr...that was a weird way of describing it. Could've just said - I know someone who saw the presentation -

The 'train and then plane' bit almost made me think you were doing a comic routine (no offense meant, benny!)
Click to expand...

Rymuth said:
The 'train and then plane' bit almost made me think you were doing a comic routine (no offense meant, benny!)
Click to expand...

It's a reference to GAF leaker Crazybuttocksonatrain/plane I think?

Or maybe a different GAF reference, see post below:
K

Well, I need to get a gaming PC until then.
D

st1nk nuts said:
Was it a plane, train or automobiles?
Click to expand... 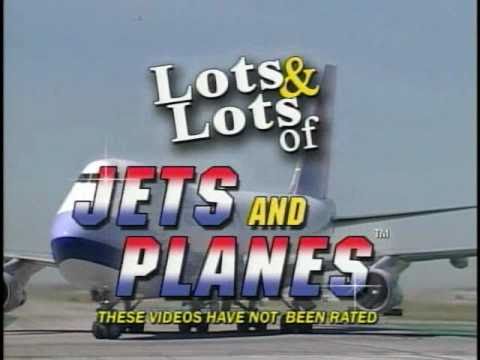 Had his dog run over by Blizzard's CEO

E92 M3 said:
Raid matchmaking in = shittier raids unless the requirements are stringent.
Click to expand...

Maybe you should remove the plane and train joke, cuz it seems people are not reading everything lol


Destiny 2, which hasn't even been announced, its coming to PC guys!
Click to expand...

It kind has tho, Activision has talked about it on finances briefing calls. They even talked how it was delayed from 2016 to 2017

E92 M3 said:
Raid matchmaking in = shittier raids unless the requirements are stringent.
Click to expand...

They could just make it an option similar to how they let you choose Normal or Hard difficties for Nightfalls/Raids.
C

Is this the new "my uncle works at nintendo"
D

Zeyphersan said:
Wasn't there a new assassin's creed game that leaked from someone looking at a person's laptop on a plane?
Click to expand...

I think that was Unity.
T

Rymuth said:
The 'train and then plane' bit almost made me think you were doing a comic routine (no offense meant, benny!)
Click to expand...

That's how I see myself. A proper failed comedian.

It was just a callback to the yearly Ubisoft leaks.
R

Totally in for this, just make sure I can import my PS4 character
T

That Dang Ubisoft guy leaks everything. Anyway not that I specifically believe this but I do believe Destiny 2 will come to PC because that was part of the plan from the beginning. They should of ported the first one over even a year later like GTA V though.
L

i believe it.
C

Seemed clear this would be the case. Early contracts, no support for old gen, recent PC specific hiring notices.
Z

I guess this means the game is leaving Early Access. Good.
O

I dun believe it
H

I keep hearing about 'what do you want for Destiny 2' and other fan-talk about the sequel and I don't get it: isn't Destiny like an MMO in that it will keep expanding for years and not have sequels? Maybe with the the next console generation. It seems really off that they'll split the userbase between to massive games within the same generation.
Also, I am willing to bet they won't call it '2' but use a subtitle- ala MMO style.

I don't know. I'd jump into a 'Destiny 2' because I feel I missed the boat with the current, but I don't see it happening. They spent too much time, effort and money establishing this big new IP that is MMO-ish. Seems too soon for a 'sequel' just yet. I could be wrong, though. it's just a gut feeling.
C

If raid matchmaking is in maybe that means raids will be something I actually want to play.
G

but benny doesn't usually do this plus it makes sense having it on PC at this point. So yea sure.
L

I think your "source" is pretty questionable, That being said I definitely do think Destiny 2 will be on PC. It just makes alot of sense.
K

The first part was a joke, the parentheses part is the real thing.
You must log in or register to reply here.

Destiny 3 is coming as Destiny 2

May 24, 2020 started VertigoOA
May 24, 2020
SCB3
Destiny 2 players worried about anticipated crossplay (both PC and console)