Scanline screenshot thread. Because 240p is all the p's I need.

The last hope for image quality?

This thread is all about posting pics of games with scanlines.

Brought on due to demand from the regulars over at the thread called "Upscalers, CRT's, PVM's & RGB: Retro gaming done right!", photos of actual CRTs in action, as well as screengrabs from upscalers and emulators are all welcome here. Here are some guideline rules so we can maximize our fun. If possible please:

1. Label all screenshots with the game's title (unless a title screen is visible or the game's identity is otherwise obvious),

2. Label whether you are posting a pic from a real CRT, upscaling device, or emulator.

Before this OP was edited, one user asked a very great question: Why scanlines? Is it just about nostalgia?

Well no. Many people, myself included, believe that artists drew their pixel and polygonal artwork in 240p with scanlines in mind and never intended for it to look jagged via raw unfiltered upscaling on non-CRT technology. If you think about it, this makes sense because fixed-pixel HDTVs (e.g. plasma and LCD screens) didn't become standard tech for consumer use in the living room until well after the 90s, far after these games were being enjoyed by their original fanbases when they were first released. The scanlines add dimension and texture to the image that was intended to be there and which goes away when simply viewing raw pixel art in HD without them. If you'll take a look at the following, you'll notice that the pixel art looks unnaturally jaggy in HD, and looks smooth when rendered with the scanlines of a proper 240p image: 
Super Contra before and after HLSL

As stated by eso76 in this thread:
As a pixel "artist" (did tons of sprites and backgrounds for a few amiga games back in the day - that never saw the light of day but were previewed on TGM and the likes and received glowing praise for their graphics ) ...[you needed to design pixel art with CRT scanline effect in mind] for good 16bit era pixel art at least.

Your resources, in terms of resolution and colour depth, were so limited, that you had to use CRTs' shortcomings to your advantage. A lot of the time, you would basically rely on optical illusions. Design sprites around colour bleeding and bright colours blooming, use scanlines to make the perceived vertical resolution higher than it really was, choose adjacent colours so that the RGB dots wouldn't clash (or would, depending on the effect you wanted to achieve) use darker colors when you needed to draw something to look sub-pixel sized..

Then, i saw my graphics on a good PC monitor and i felt miserable. They looked nothing like what i had been working on for so long. Those Super Contra before and after HLSL i quoted above will give you a good idea.
Click to expand...

If you're interested in how to achieve the best possible image out of your old original consoles so that you can have the most authentic and aesthetically pleasing old-school gaming experience, please see the aforementioned thread, "Upscalers, CRT's, PVM's & RGB: Retro gaming done right!"

Also, a very important place for all things retro, check out "Retro-GAF Unite!" as the best overall resource for your retro obsession.

In Search of Scanlines: The Best CRT Monitor for Retro Gaming

Sonic 2 on my 14" Panasonic Studio RGB Monitor, running on an original model Genesis, RGB out.
Click to expand...


PSA said:
Nice to see this thread doing the rounds again, I have been trying to extract animated gifs from my PVM but syncing the camera to the refresh has been a ballache. my best result so far:

Them scan lines. I am only human you know!
D

Everyone should know this one...

dark10x said:
Everyone should know this one...

What is that?
P

*click for scanlines*
Real Bout Fatal Fury Special running on an Omega CMVS through Frameister on a Panasonic plasma. So pretty!
W 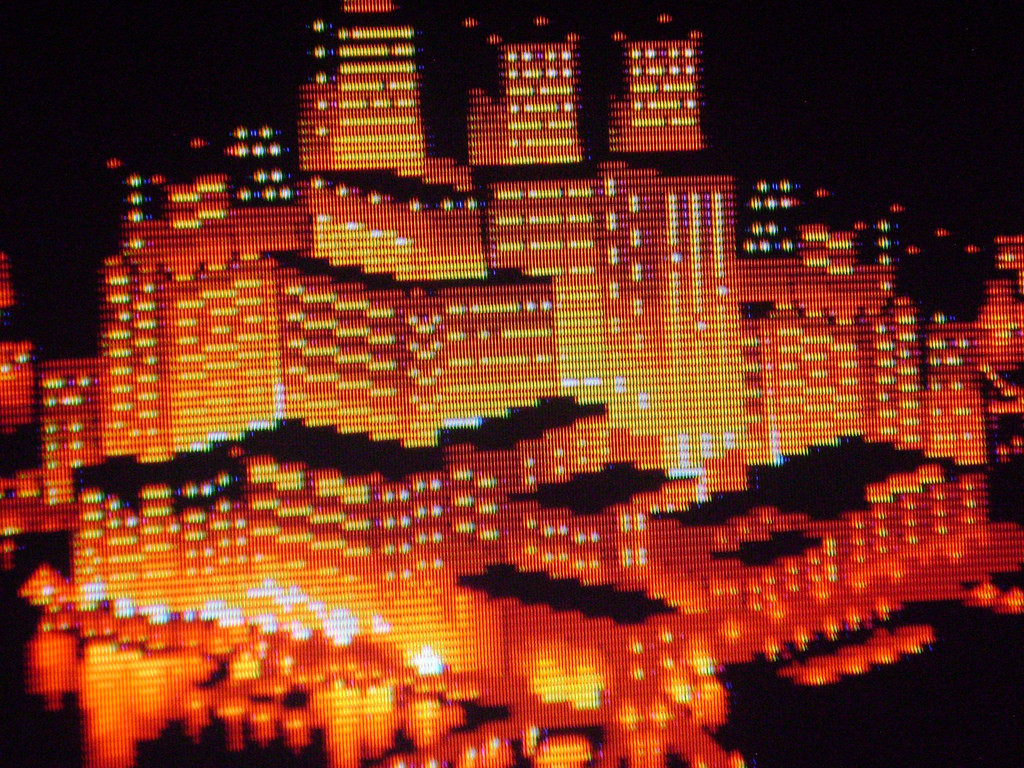 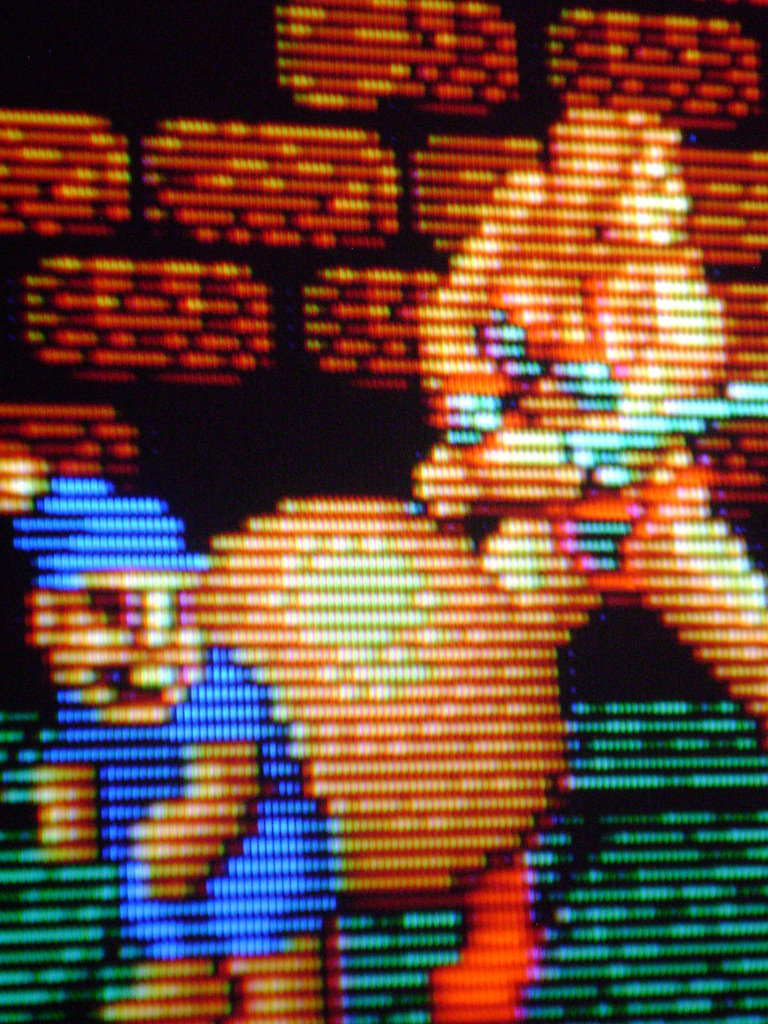 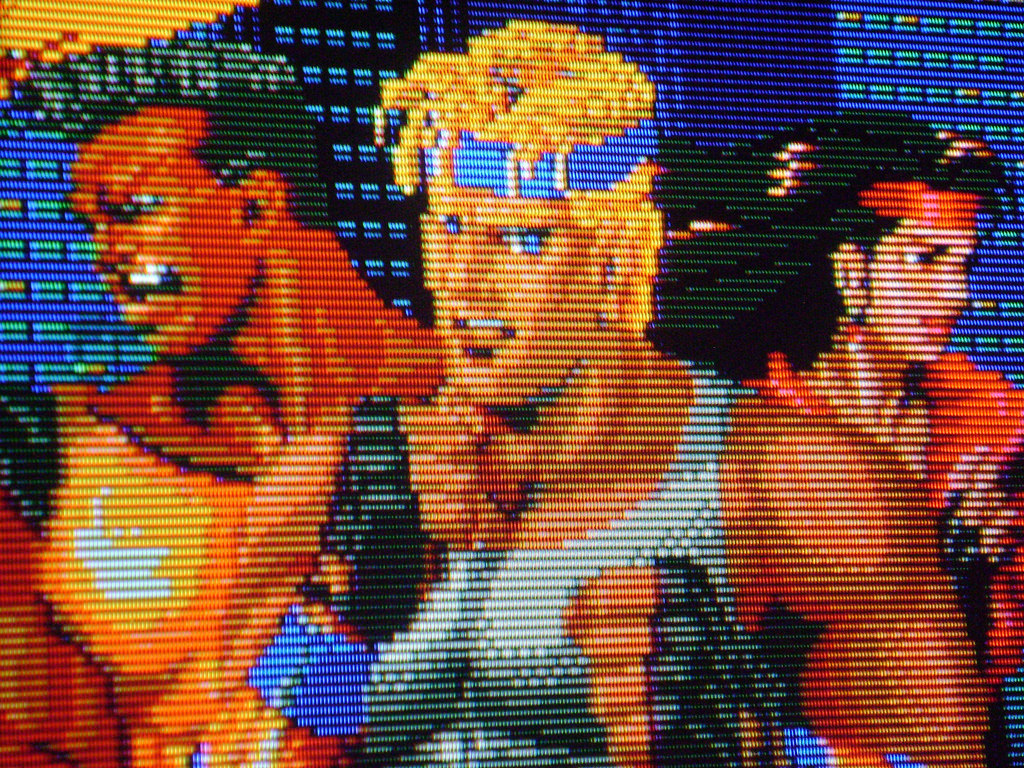 dark10x said:
Everyone should know this one...

I never play SNES games via Retroarch with scanlines off. After all these years, I realise now that I was ruining them without a shader.
R

click on these images to see the scanlines in full glory

Retroarch with crt-easymode shader. All games running in 240p:

and the dmg game boy shader:

Wall of screens comin' atcha! Will dig up more pics from my Instagram and contribute later!

I have a few shots I'd love to share but I have a few questions:
1. Do they have to be scanlined? I have an upscaler and many RGB consoles but no scanline generator and my games still look super good.
2. How old do the games have to be? Is Saturn acceptable? What about 2D Gamecube games?
B

Jamix012 said:
I have a few shots I'd love to share but I have a few questions:
1. Do they have to be scanlined? I have an upscaler and many RGB consoles but no scanline generator and my games still look super good.
2. How old do the games have to be? Is Saturn acceptable? What about 2D Gamecube games?
Click to expand...

1. Yes. Scanlines are mandatory. This is specifically a scanline screenshots thread.

2. Any age. Saturn screens would fucking rock. GCN games or GBA screens via GB Player forced into 240p would too.
W

I'm liking this thread so far. Keep up the good work!
A

That Super Metroid on a real CRT is damned beautiful.
C

Would love comparisons between CRTs and emulators with scanline shaders.
S

I don't think emulation should be allowed in this thread really. Framemeister or similar I can understand. Just a suggestion of course, not my thread.
B

Chrono Cross via S-Video out from a slim PS2 on a 14" Panasonic Studio RGB Monitor. (From before I got my RGB cable).

Final Fantasy IX via S-Video out from a slim PS2 on a 14" Panasonic Studio RGB Monitor. (From before I got my RGB cable).
D

Here is Sega Ages Outrun running via RGB (Framemeister) on the Sega Saturn. My iphone has a tendency to make these waves appear in my screens but god damn does it look perfect in person.

and just to show how big that RGB CRT is:

Hell yes. See, back then, you didn't know what a pixel was. It was all just glowing dots, and it was glorious.
V

I'm dreaming of the day I can get a framemeister.
E

Can you share a bigger version of that?
B

Last one for tonight.

The original resolution jpg form of the source png, but the image wasn't cropped if a full screen is what you wanted. I'm contributing more screenshots by end of weekend. 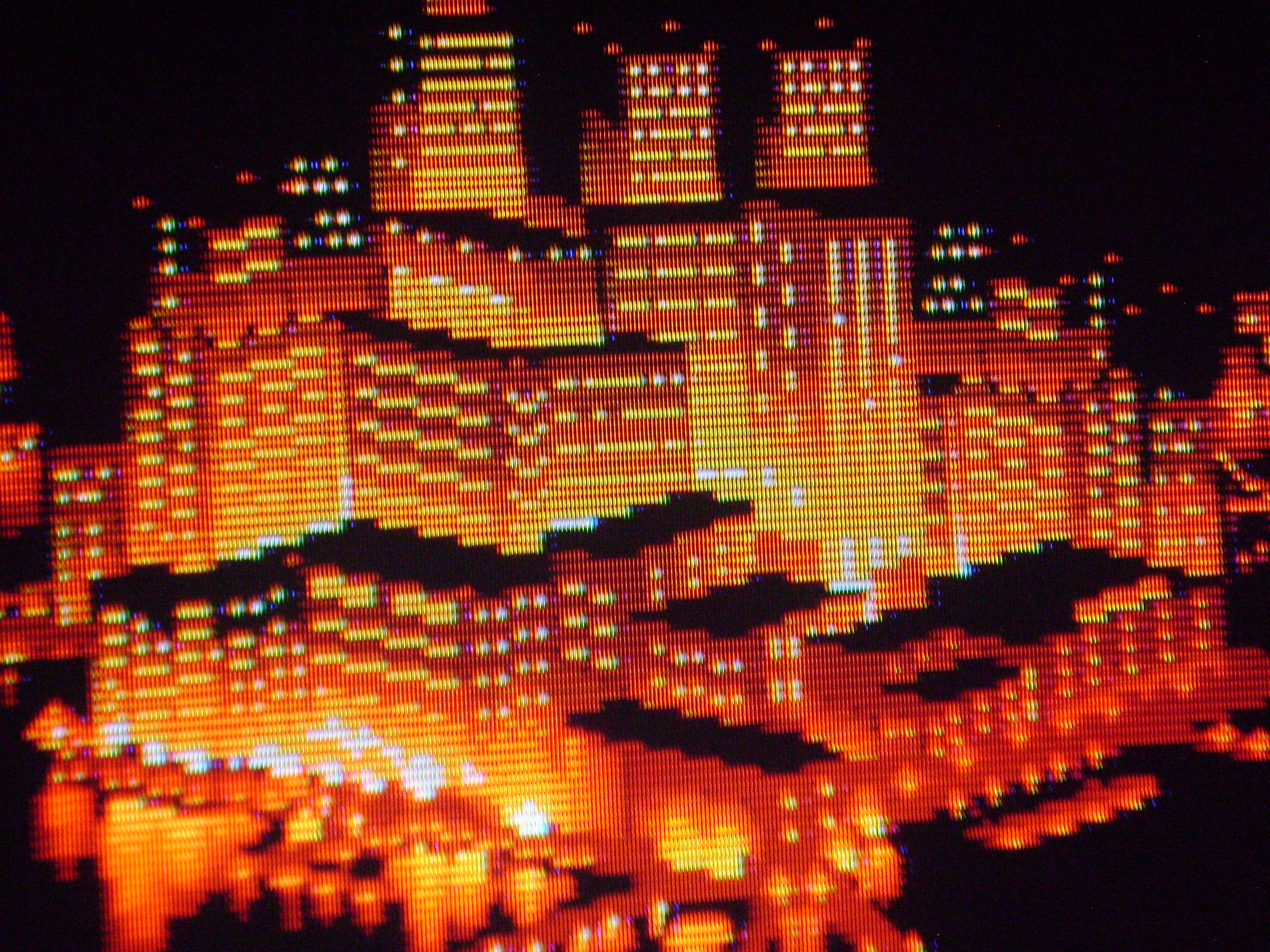 I just want to say this thread is great. Excited to see more!
K

MightyHedgehog said:
The original resolution jpg form of the source png, but the image wasn't cropped if a full screen is what you wanted. I'm contributing more screenshots by end of weekend.
Click to expand...

Welp, i just had to listen to this after seeing that pic.
L

This thread needs some Snatcher screenshots.
That game has some amazing pixel art graphics.
P

The scanline-loving crowd never recognize just how beautiful the pixel structure makes amazing scanlines on the 3DS. So lovely. 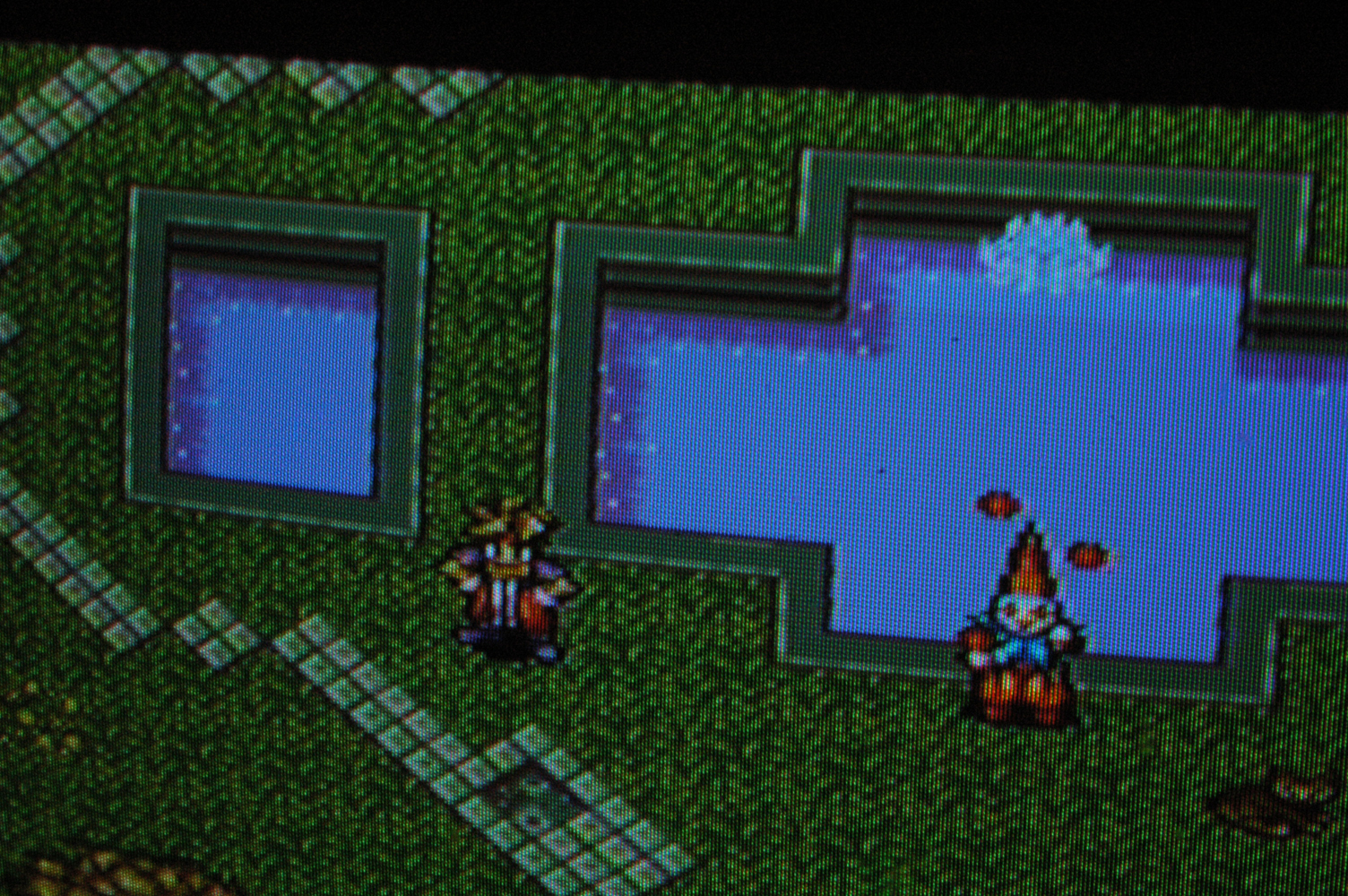 Terranigma on an unmodified PAL SNES on my old CRT via SCART. Is there a guide how to best photograph a CRT? I think I saw something like that once. I randomly futzed around with the shutter speed but I don't really know what I'm doing there^^ 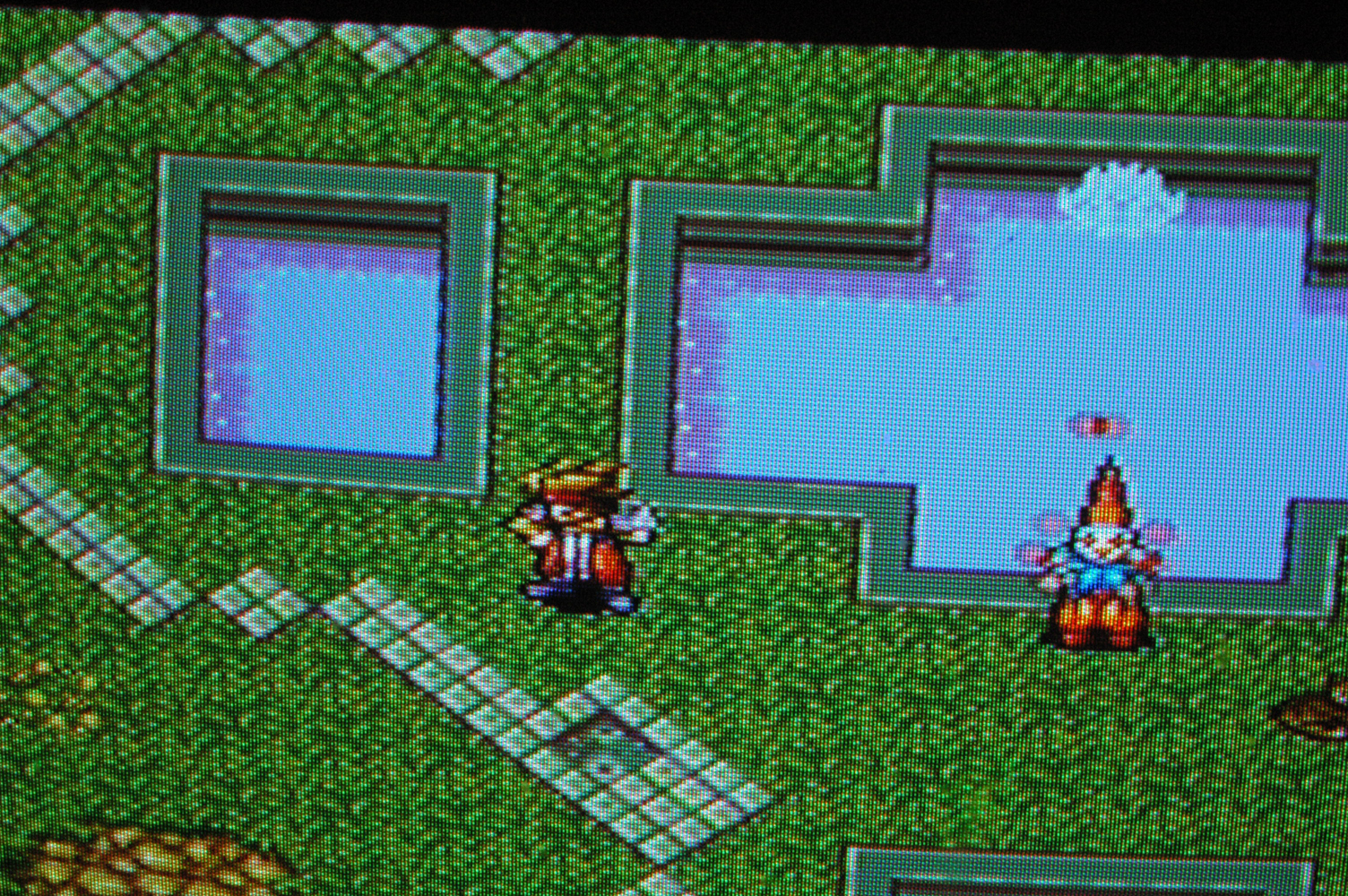 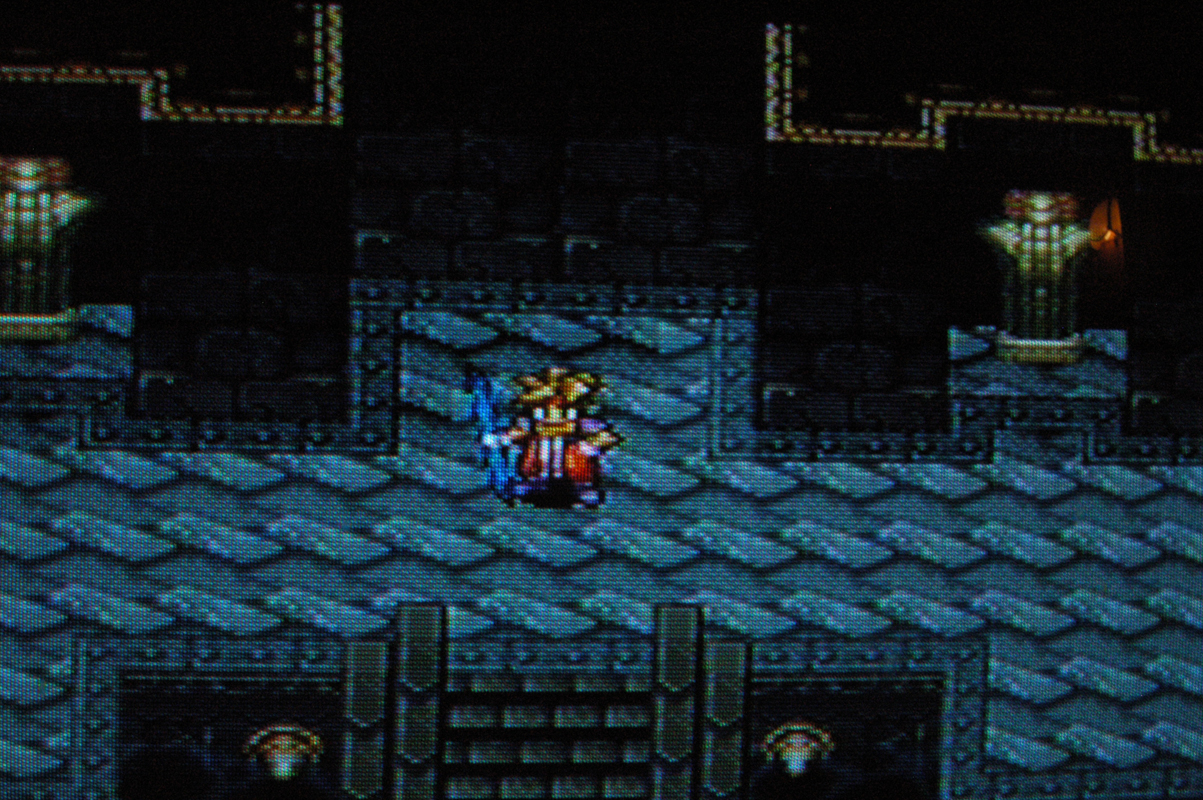 ^special guest appearance by my lamp
Click to expand...

I love this thread so far. To contribute, I only have a couple of shots already uploaded, but some scanline goodness is better than none! 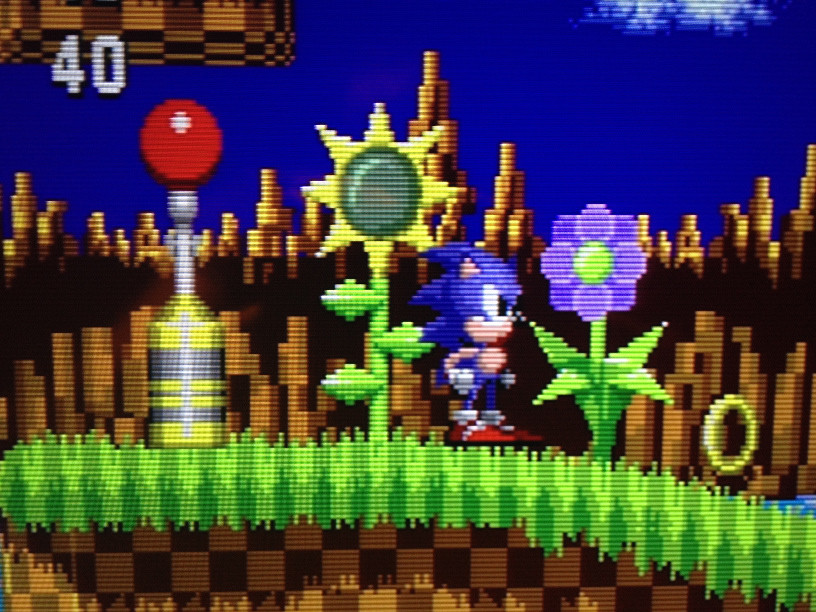 Sonic the Hedgehog - Sega Genesis via RGB through the XRGB Framemeister at 720p. 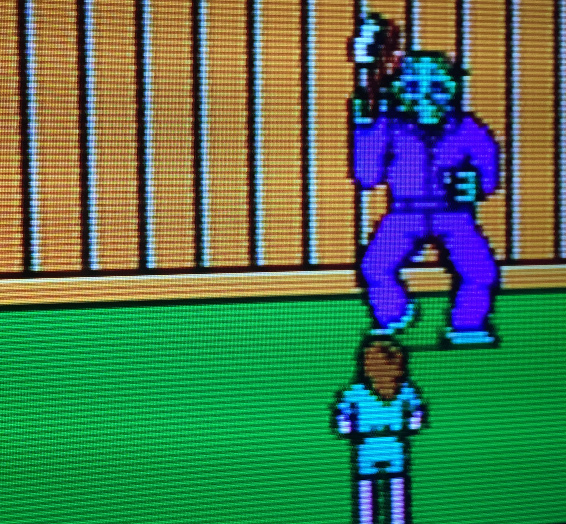 Now this is eye candy!
P

This thread contains the magic that every new indie pixel art game is missing.
S

sixteen-bit said:
Garegga on my PVM

This little guy is sleeping with the fishes now, but yes.

Honestly, I think scanlines make everything look better. If I could play all modern games on PC and and console (even 3D games) with scanlines, I think I would.

Chrono Cross via S-Video out from a slim PS2 on a 14" Panasonic Studio RGB Monitor. (From before I got my RGB cable).

Final Fantasy IX via S-Video out from a slim PS2 on a 14" Panasonic Studio RGB Monitor. (From before I got my RGB cable).
Click to expand...

Those all look phenomenal, damn!
You must log in or register to reply here.

SuperLumberjack replied
Nov 4, 2022
I just tried Metroid Prime 3 on the Wii using an old CRT TV and it blew my mind.
2 3