And HOLY SHIT, these fuckers are insane:

For my fellow english only readers:

Bombs that exploded on four transit buses in Ecatepec, State of México, on Saturday were the work of an anarchist group protesting the frenzied advance of modern development and the threat it represents to nature.

A group calling itself the Pagan Sect of the Mountain claimed responsibility for placing the explosives, and vowed it would continue such attacks as long as civilization continues to destroy nature.

No one was hurt when the bombs exploded, which happened almost simultaneously.

Explosives were found on another four buses but they failed to detonate. The buses targeted were all part of the state-owned Mexibus line.

The anarchist group said in a statement published on the website Contra Info that the attacks were intended to show our rejection and condemnation of the frenzied advance of modern development, in this case transportation infrastructure . . . .

Cities are growing exponentially, the statement continued, devouring mountains and wild areas; the urban blemish is worryingly covering the territory of the coyote, the deer, the hawks, usurping their habitat . . . and limiting wildlife to miserable natural ecological reserves . . . .

If civilization is going to destroy nature, we will respond in the same manner.

Fire and explosives against civilization! concluded the statement.

A few hours after the bomb attacks four Mexibus stations were vandalized when windows were broken, but no one has claimed responsibility.
- See more at: http://mexiconewsdaily.com/news/anarchist-sect-targets-8-buses-with-bombs/#sthash.yZsfKJln.dpuf
Click to expand...

And this is their manifesto (please don't laugh too much)

Now for not spanish speakers:

"We are not interested in the suspended transportation in that particular avenue in which the 'Metrobus Mexiquense' drives on nor advocate for fired drivers or demand more security at stations as mentioned by the press.

The coordinated attack among several groups that are positioned against civilization, with explosives, we've executed on the evening of October 30 in 9 trucks Mexibus (2) attack was a sign of our rejection and condemnation against the frenzied advance of modern development, in this case the connecting infrastructure, quietly waiting for their functionality to run its course, tending to improve technical efficiency and improvement of transport and communication, using the automaton availability of society to accept and abide by the technological innovations and make them part of their pathetic gray lives.

Cities grow exponentially devouring mountains and wilderness areas, urban sprawl worryingly covers the territories of coyote, deer, hawks, usurping their habitat, orillándolos to a life in captivity and reducing wildlife "miserable natural ecological reserves "The result of all this forced extinction and devastation we, and our actions in defense of all the Wild.

**hastily translated by Google, since i couldn't took that seriously and can't stop laughing nor do a proper translation 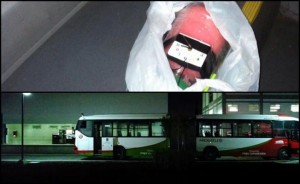 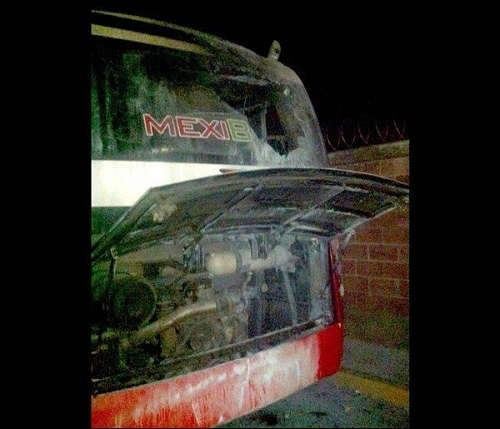 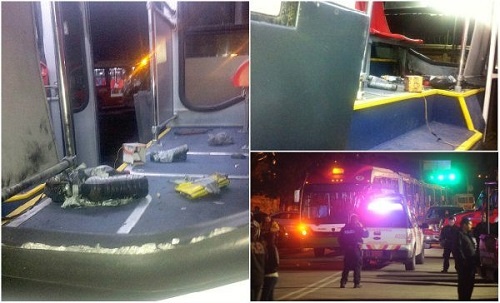 
Luckily there were no human casualties.

And now i know why last saturday night there were almost no buses in the ZMG, really, there were no fucking buses in Guadalajara.
T

Pretty crazy. How active is this group?
V

Fucking nutjobs "I don't like the civilization, let me use some chemicals and electronics while I send my manifesto via the internet".
A

Vastag said:
Fucking nutjobs "I don't like the civilization, let me use some chemicals and electronics while I send my manifesto via the internet".
Click to expand...

Who's going to be afraid of amish terrorists?
D

Ironically busses and other forms of mass transit are good for the environment, because their ratio of pollution per traveller is a lot better than those of personal vehicles.

I mean, protecting the environment is very important for humanity (just not at the cost of hurting or killing other people) but it's probably worth it to keep in mind that nature as we know it is only gonna be around until the next supervolcano erupts and/or ice age starts and wipes out most life on this planet (yet again)
D

Treefrog said:
Pretty crazy. How active is this group?
Click to expand...

Well, it's been almost 3 weeks since this happened and so far there's no recent news of them nor reported activity.

Also, i posted this and forgot completely xD