It keeps happening over and over. From out of the blue comes some book/movie/tv-series/game, what have you, that has got people all frenzied about it. It doesn't matter if they like it, hate it or just are quite baffled why anyone would care so much. It doesn't even matter if there are so many people, just as long as they're vocal enough about it. The damage has already been done, like a forest fire slowly but surely growing from a carelessly disposed cigarette the fever starts to spread. The first signs appear with a few random tweets making observations painfully obvious to anyone even remotely familiar with the work, later followed by blog posts ever growing in length. But this is only the beginning. Suddenly YouTube is overwhelmed by the epidemic, as thousands of channels fighting over at least some name recognition compete with each other, in a pointless effort trying to come up with the most absurd interpretation and the stock footage to accompany it for at least two hours. The feeling of despair is inevitable - will this insanity never end?

But eventually it always does. It may not seem like it, with some of the most ludicrous theories still being parroted around on afternoon TV, but the end may come sooner than you realize. It's one thing to know better what an artist meant with his/her work. Anyone can do that. Blowing up an individual scene from a movie to an hour of video to assert that the author probably saw Godfather 3 at some point, and actually liked it better than 2, kids play. Below the surface though, the old masters are once again rising from their slumber, to briefly settle the matter once and for all. For it is one thing to make unfounded parallels to contemporary politics - a whole another to know how the debated work really should have been made. The age of the fanfic has arrived once again. Those still in the frenzy try to cling on for some while, but deep down they know they've already lost. The fanfic continues until the old masters can safely say that they were vindicated, because no one is willing to debate the work with them anymore. Thus, after the official canon has been established and generally agreed upon (there may be some infighting over minute details between fringe factions, and whether the butt or breasts of the female lead should be larger, but these seldom result in large public confrontations), they return to rest in their underground lairs, ready to wake up next time the cycle continues.

What that has got to do with anything? Well - I've been playing a fuckton of Wasteland 3, and I've been absolutely loving most of the game. I've also been playing a fuckton of Wasteland 3, and had some to very much question my life choices and goals as I hated playing it so much. I can't get the thing out of my head, I just can't comprehend how such a great game has so great failings. And there's a society in the game! Well, at least, there was! I think you can see where this is going...

...why yes, I'm going to write a series of posts about the gameplay of Wasteland 3 on PS4, what did you think? But I don't mean about what you do in the game, mechanics or anything like that, and nothing to do with the story, there are far more qualified people who have and continue to write those articles. Rather, what is required from the player, in terms of user interaction, to achieve certain tasks in the game.

As I can already feel the unparalleled excitement for this seminal series of forum posts rising, I've prepared a mini-FAQ to answer some questions all of you must be having right now:
That's it, I officially said I'd write it so I guess I better, lest I lose all my Internet credibility. Expect part one within a few days.

All content to be released under the IMHO-YMMV license.
Last edited: Sep 12, 2020

Can I get a hit of that? 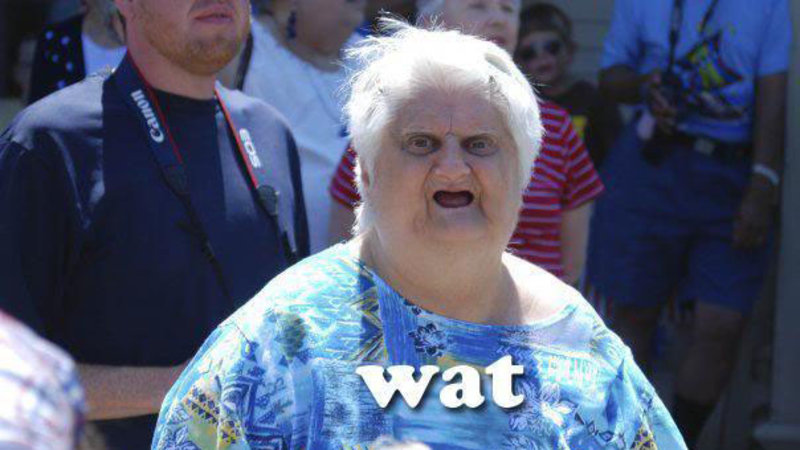 There's being verbose, and then there's whatever this is.
Reactions: bati and Hellmaker

I'm being absolutely serious, the posts will come whether you like it or not.

Also quite stoned right now, admittedly, but the actual content will be more serious. And admit it, the clickbait title worked didn't it.
Reactions: -Arcadia-

nowhat said:
I'm being absolutely serious, the posts will come whether you like it or not.

Also quite stoned right now, admittedly, but the actual content will be more serious. And admit it, the clickbait title worked didn't it.
Click to expand...

didn't even fuckin acknowledge my request...puff...puff...pass...please.

Put it out earlier, sorry, but I'll give you a holler for the next one.

I love W3 but it can be intimidating. It's a real, rugged cRPG- the best American RPG game since Fallout New Vegas.
Reactions: Teslerum and nowhat

nowhat said:
Put it out earlier, sorry, but I'll give you a holler for the next one.
Click to expand...

Fair enough. So I've never played a Wasteland. But the passion you convey here makes me want to download, though I don't quite understand most of what you're saying here, Bob.

Jigsaah said:
Fair enough. So I've never played a Wasteland. But the passion you convey here makes me want to download, though I don't quite understand most of what you're saying here, Bob.
Click to expand...

I'm saying the interface can make it a so much more of a painful and tedious experience than it needs to be, at least on PS4. The game is really great but is hampered by how you need to manage it.

But sure, there are sooo many worse UIs out there, no question. Just that this particular one has some spectacularly poor choices. Probably it's much better on PC, although if they've kept that menu structure it will still blow even with a mouse.

nowhat said:
I'm saying the interface can make it a so much more of a painful and tedious experience than it needs to be, at least on PS4. The game is really great but is hampered by how you need to manage it.

But sure, there are sooo many worse UIs out there, no question. Just that this particular one has some spectacularly poor choices. Probably it's much better on PC, although if they've kept that menu structure it will still blow even with a mouse.
Click to expand...

Downloading on PC Gamepass right now. If the UI is clunky I will report back

Hey I live in a society! I feel very compelled to try Wasteland 3. I'm all over this game on PS4 after 3 or 4 patches from now. I can just lurk while you guys talk UI, don't mind me

Never played Wastelands but I'd like to read your take on UI, not only on that game but in others as well. It's something I've been thinking about a lot also.

Looking forward to read your posts!

OK, I had a long discussion with myself this weekend. Am I really going to do this? I totally could, but the more I thought about it, the less appealing the thought felt. It would be the most feeble attempt at pissing upwind ever, no one would eventually care and I'd just end up smelling bad for no particularly good reason.

Then it dawned on me. It was actually the first image in this post, I was going through my screenshots and misread the label in the middle, I thought it said "Not Enough OP" ("AP" really, but close enough). It was too much, but it also was not nearly enough. Surely, instead of doing a most verbal tirade about some obscure thing online, I could somehow compress my message into just a couple of words.

And it's basically "check out this shit", both for Wasteland 3 as a game and Wasteland 3's UI - the words are the same, but there's a wild difference in intonation. But no matter what I'd rant about, it would always come down to that particular message. It's something people can get behind, even though they don't know yet what "this shit" is, and whether it's better than whatever their current shit is. People like to check their shit out in byte-sized bites these days, as is the norm, so don't go overboard with how much shit you put out there. It's more important that shit is getting checked out on a regular basis.

On that note, I'll take a brief artistic break (from this thread, you're not going to get rid of me completely that easily) for rewriting, but the path is so obvious why didn't I think about it in the first place. Not memes, like just adding some caption to a photo everyone has seen a million times, that's too much of a low-hanging fruit. I'm playing so much of the game, there's bound to be some good material there, and going through the screenshots, there's a ton, I just didn't quite realize the potential.

So, I will return, with my power lever higher than ever, but as a preview, this is the level of intelligence we will be probably talking about. And on any given post, I would only address a single (actual) issue. But this is only purely humour. Enjoy, or not.
-- 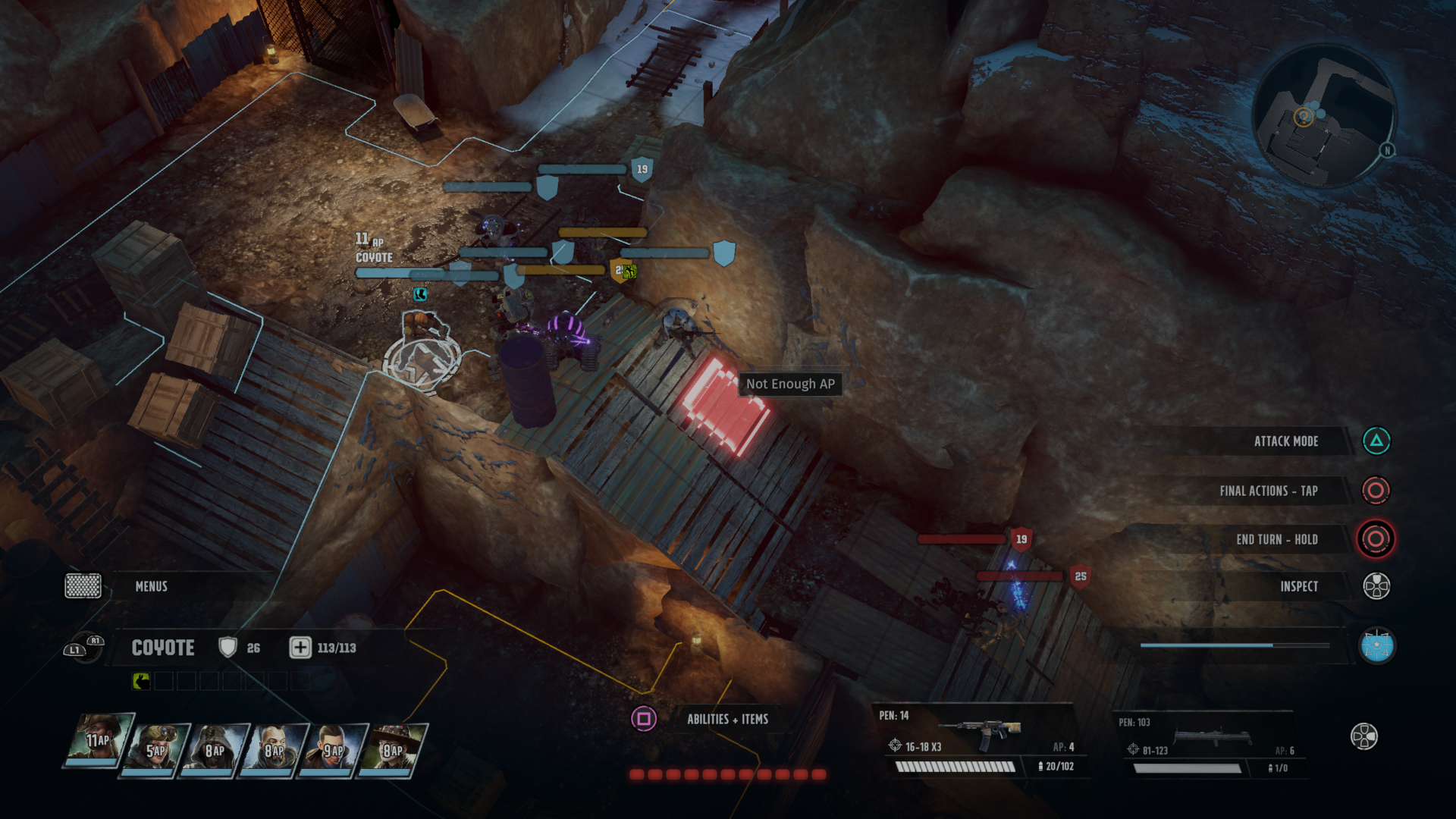 This is a public service announcement: while it may be easy to forget, what with the nuclear apocalypse and subsequent collapse of human society, death cults both old and new, tribalism, cannibalism, slavery and whatnot, and the general acceptance of the fact that none of us really give a shit anymore, The Patriarch would like to remind his citizens, non-citizens and non-human citizens that we are still a nation of at least some laws. And among them, Tile Law.

If you find yourself unable to continue in some direction, as if some invisible force is there to stop your movement, 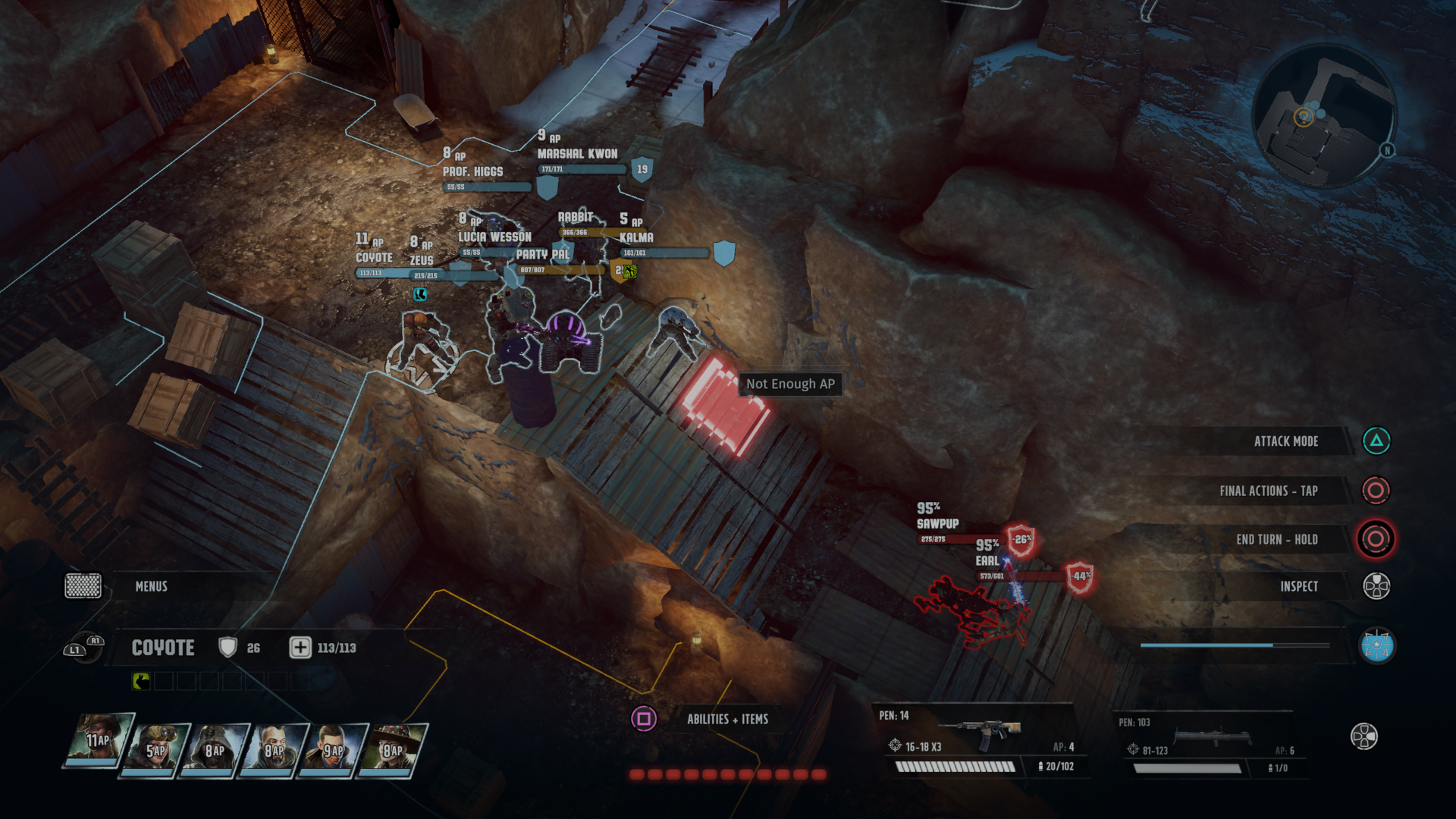 remember to look carefully at your feet before proceeding. A rabbit may look all cute and innocent, when in reality they are cheeky bastards who most of all are completely versed in Tile Law and will occupy their spots for as long as they fucking please. One thing per one tile, we don't make the rules - it's the law. Not two, not zero, one. Well, there can be zero. But not two.

In related news, the rabbit in question was caught on camera at a local restaurant later the same evening, where he was seen randomly attacking innocent bystanders in a drug-fueled stupor. Despite the caption, this story didn't take a friendly turn. 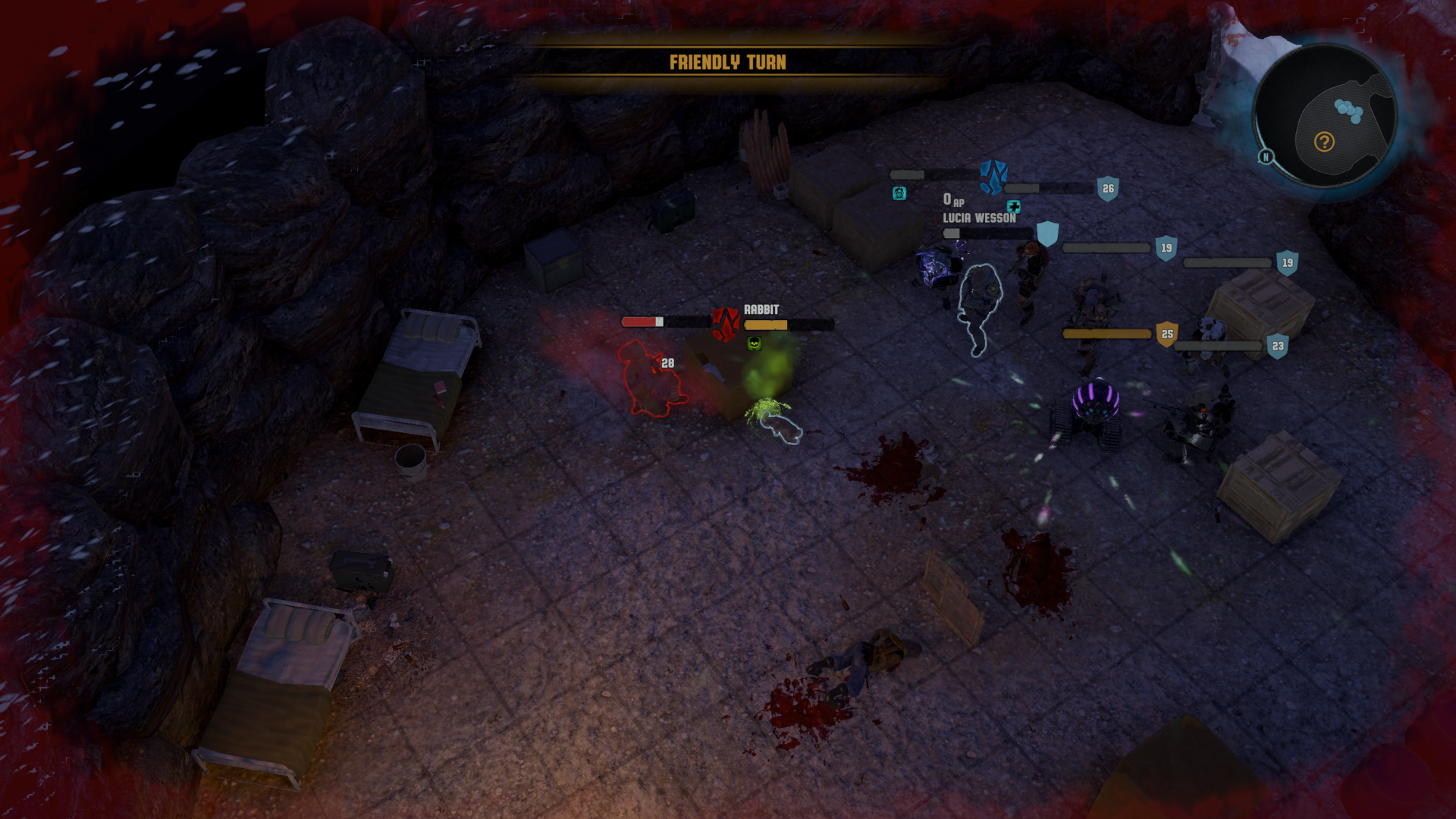