isual said:
got it from EGS, but wont download yet. i don't buy dlc anymore for these games. but i am waiting for warhammer 3
Click to expand...

You can get the Amazon faction DLC for free if you register on their website.

I wonder why they released a new full price game for free on the same day they launched a war against Apple...

You know, there's something about Total War battles.. 15 years ago when RTW came out it was surely the height of battle realism.. but seeing the same wedges and blocks of troops marching resolutely around throughout history is starting to look a taddd arcadey

Battles are broken, I'm playing on hard the moral of my army goes to shit in seconds

Thanks for bringing this to my attention, smile 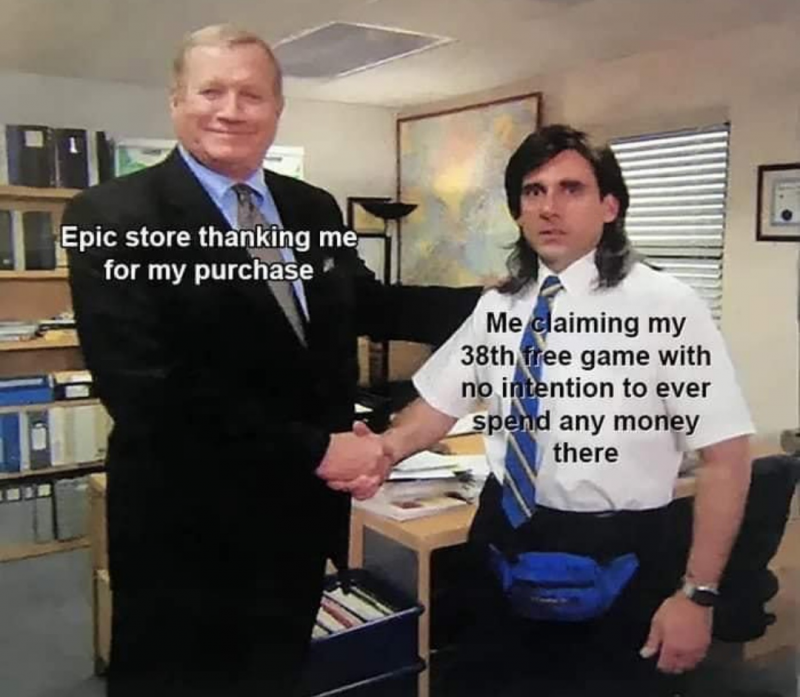 SpartanForce666 said:
Battles are broken, I'm playing on hard the moral of my army goes to shit in seconds

Gonna try to use "KAM's Mods - Troy Edition" for hope that this helps.
Click to expand...

Or just play it on Normal without Mods.
Reactions: Bl@de
M

Played it all of yesterday. Fun game. I prefer the smaller scale compared to the absolute fuckfest thats warhammer 2.

I still worry for medieval 3 though. The latest obsession with hero units has me thinking joan of arc will swinging a halberd around like lu bu from dynasty warriors.


They seem happy with the result:

A Total War Saga: Troy's free launch on the Epic Games Store is a huge success - the game has been claimed by 7.5m players in just 24 hours.

"We were optimistic but we couldn't have predicted this level of excitement," Rob Bartholomew, chief product officer said.

"It's been incredible to work with Epic on giving this brand new release away for free. Now we get to welcome so many strategy players - new and old - to experience this incredible Saga. We're very happy."
Click to expand...

This is my favourite since Medieval 2

The campaign is well paced, full of colourful characters and amusing mechanics and events. The resource system should have been done earlier. It completely changed the way I play. I'm not sure if barter is broken but I'm having a lot of fun tweaking numbers and making deals. I spent more time in the diplomacy screen in three days than in the last 10 years of Total War.

The battles feel fresh again. I was BTFO really bad at first. Situational combat bonuses are more important than ever. The units are surprisingly fast, responsive and versatile. You can't use the default meat grinder tactics of previous historical games and you can't rely on cavalry and artillery. The battle maps are better than anything before and for the first time the AI is sort of competent. It doesn't take baits and it responds well to troop movements. Using religion and agents to mess with the AI before battles is basically obligatory now.

For the first time ever, mounting a siege doesn't feel like a waste of time. There's no artillery or complex machinery - just some dudes with ladders and shitty battering rams. Walls are a big fucking deal - the guys manning them are deadly, the towers are equipped with MG 42s and then you have a vicious city map to navigate. On the other hand, now it only takes a couple of turns until the defenders start getting hungry or are forced out.

Marketing did a bad job - this is Bronze Age Total War whose main campaign sticks to the characters and general beats of the Epic Cycle.
Reactions: Kazza
N

Does anyone else listen to this song to pump themselves up.


They seem happy with the result:
Click to expand...

Proud to be one of those. I have installed it and played a few rounds. Currently engrossed in other titles but I do plan on doing the campaign fully for this sometime soon.

I grabbed it but warhammer 2 has spoiled total war. None of the other games ever come close.

The Hamburglar said:
I grabbed it but warhammer 2 has spoiled total war. None of the other games ever come close.
Click to expand...

I agree with this, i still love three kingdoms though, especially because i think Sieges are better and diplomacy as well, i can't wait to see these things implemented in Warhammer 3.
M

This is the best total war in years.

HERE’S HOW TO CLAIM: This content requires the base game A Total War Saga: TROY to play. Don’t own TROY? Purchase it here.

You can get the Amazons DLC for free if you sign up on their site and link your EGS account.

Going to be hard to fork out 70 quid for PS5 games when Epic are giving away so many freebies on PC.

Add Rollercoaster Tycoon 3 to dat cart as well.
Last edited: Sep 24, 2020
Reactions: jshackles
You must log in or register to reply here.