What does your username mean?

I see a lot of interesting names here, and often wonder where people came up with them or what exactly they mean.

I have always had a difficult time choosing user names. When I joined Gaf, I was listening to a lot of music from the Crydamoure label, and really enjoyed the track "Nymphae Song"
So I just chose that at random, not wanting to overthink it, and not knowing what it meant. I just thought it looked cool. Eventually I looked up the word, and decided it was a bad choice lol

Ever hear of a bad rainstorm being referred to as a 'torrent'? 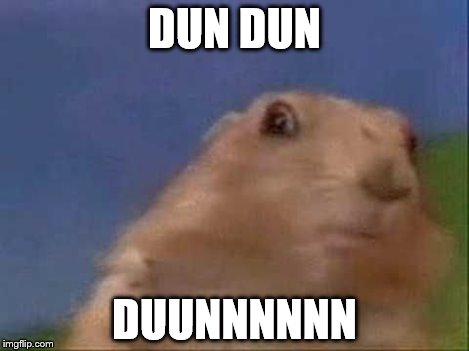 Can a mod move this to Off Topic? Didn't mean to post this in politics, sorry.

This is far from the first nickname I've used online!

I first encountered my namesake in one of Douglas Adams meandering writings - I don't recall if it was a passage in a Hitchikers book or a Dirk Gently book.

It's a nice word to roll on your tongue, I like cats, I like the theory of probabilities it represents, and, most importantly I like to sound a lot smarter than I actually am. Or do I?

I don't remember how I came up with this name. I think I was into the goth artist Gerald Brom at the time, and I misspelled his name and tacked on extra letters for no good reason.

Edit: as long as this is still in Politics, I guess I can incite some chest-thumping and face-scratching: Chester A Arthur as dictator for life! I'll never recognize Missouri as a state! Come at me, suffragettes!
Last edited: Sep 27, 2018

Mine is a secret alt-right Russian nazi dogwhistle.

Rather self explanatory isn't it.

I once had a username online (in general) where I called myself 3dsman. At the time (Around 2010-2011) I was really excited for the launch of the nintendo handheld.

In the last couple of years I decided to change my usernames to something that more reflected my character and what I valued. So I got names like "Catholic Crusader" or "Catholic Gamer". Sometimes I just like giving a bit of a religious perspective on something, but many people seem to not quite like it (especially reddit, I had an argument a couple months ago with a guy who called me a child molestor for being Catholic and saying that some people live in chastity. He literally argued that it is physically impossible for an adult to not have sex. I couldn't even).

CatholicGamerGuy said:
Rather self explanatory isn't it.
Click to expand...
lol yeah. Appreciate the details though!

I'm just so mad!
Nah, it's basically my take on social media and the internet culture wars. Everyone's rage seems to be trained to be useful for something these days.

Honestly thought the history of Ivan The Terrible was rather cool, and on the other hand, in online gaming it can help shield me from criticism, people tend to not be super creative, so the first thing they say is "You really are terrible!" hyuck hyuck

JonesTheTerrible said:
Honestly thought the history of Ivan The Terrible was rather cool, and on the other hand, in online gaming it can help shield me from criticism, people tend to not be super creative, so the first thing they say is "You really are terrible!" hyuck hyuck
Click to expand...
Your avatar cured my cancer.

Damage Inc as in the Metallica Song.

Been using it since I was about 13ish. Recently have moved on to other names on other services.

the sacrifice or slaughter of many victims

Did you ever fall out of a video game map and looked back?
From away, it looks like a floating island

Like "waffles" but more google friendly... and British. Have used it for most things since about 2005.

I had an account banned under the old GAF a few years ago, for standing my ground while taking a position that the progressive mods considered absolutely unthinkable to hold in [current-year].

But then came the whole "catfish" thing and now I have to fucking explain myself everytime I say what my online name is.

Well why don't you just change it, they ask.

Because I was here first, goddamn it.

I was listening to a Dead Prez album called RBG (Revolutionary But Gangsta) at a time when I needed to make a username for something (maybe for PS3? don't remember exactly). However, it's too long for a username and RBG was too short so..

My name almost literally translated to english from spanish.

Day is not a translation but thats what thwy call me at work as a nick name. Dia/Dias=Day/Days

Also means im a regular joe, a nobody on the net

Minsc, the name of my very first Phantasy Star Online character on the Dreamcast. Been using it, or some variation of, as my mainline online handle since. From the silent film Haxan: Witchcraft through the Ages. Heavy Satanic imagery.

When I was in middle school, many years ago, I got it in my head that I would write a massive fantasy saga. Vlaphor was going to be the name of the main antagonist, the general of the evil king who overthrows him and takes control of his war machines to try to enslave a fantasy nation.

I wrote a few chapters before stopping...then a few years later, I was signing up for Caption This! and needed a handle. Vlaphor was the first thing I thought of, and I've been Vlaphor ever since.

Actually, for the longest time, it was Lord Vlaphor (I even have that inscribed on my Xbox Live Diamond Card), but now it's just Vlaphor. Wom are my initials. Falcs is a legacy term, and it refers to the Atlanta Falcons. 3 has been my favorite number since childgood.

i just randomly started typing in usernames when i was registering

i was actually very surprised nobody took "dark star" yet ... as that was one of my first choices

no meaning actually, just like it because its SPACEY AND WEIRD

I was a huge movie nut in the 80's and 90's. In the mid-80's I bought a laserdisc player and my collection grew. In the late 90's the video magazines at the time started talking about DVD, and I was excited. Early forums on the internet, which did not even require registering most of the time (like the still active dvdtalk.com) started popping up and talk was all about this new tech.

Before DVD players launched in 1997, word got out that FOX was not going to release their movies on dvd but instead would support the Circuit City's format called DIVX. This was a garbage idea that used a DVD, that when opened would start to eat itself up, making the movie unwatchable after 48 hours. So sort of a rental system. Many of my favorite movies were with FOX, so in an early internet protest of sorts I started using foxdvd.

I have great taste in music.

foxdvd said:
Before DVD players launched in 1997, word got out that FOX was not going to release their movies on dvd but instead would support the Circuit City's format called DIVX. This was a garbage idea that used a DVD, that when opened would start to eat itself up, making the movie unwatchable after 48 hours.
Click to expand...
Wow, I had no idea Circuit City did things like that. No wonder they bit the dust. Sounds like a very poorly implemented early form of Redbox that required an expensive-ass dedicated player and physically plugging it into your phone line for a dial-up internet connection.

I read about it a bit here:

For $4 or $5, you could buy a movie on a DIVX disc at Circuit City, Good Guys, Futureshop, or another retailer, then take it home to watch it in a special DIVX player. The player would connect to the Internet using a dial-up phone line and authorize your player to watch that movie for a short period of time. You could watch the movie as many times as you wanted during that window, but once your time was up, you'd have to "rent" the movie again for a few more bucks.
Click to expand...
Last edited: Sep 27, 2018

haxan7 said:
Wow, I had no idea Circuit City did things like that. No wonder they bit the dust. Sounds like a very poorly implemented early form of Redbox that required an expensive-ass dedicated player and physically plugging it into your phone line for a dial-up internet connection.

I read about it a bit here:

https://www.tested.com/tech/set-top-boxes/459907-lasting-legacy-divx-disc/
Click to expand...
I honestly had forgotten about the phone line thing...what happened was after it was obvious that it was failing there was an effort and talk of a disc that, when exposed to the air, would start to change colors over a short period making it worthless. This was met with even more hate than the original DIVX idea.

My username is one of the weapons for one of my favorite fighting game characters ever, Seong Mi-Na from Soul Calibur.

+ Nickname, I've had that username for a while just about everywhere

phi, the greek letter, standing for philosophy - which is my second and favourite academic subject and also a lot of fun

sheep, as a nod to my home country of Wales, which has lots of sheep in it especially in the middle

I am phisheep everywhere on the internet, except occasionally when I go by mucow instead.

as bad as Danny Zuko in gym knickers

It means I'm getting old.

Flashing lights warning, for those who have issues with that sort of thing:

Absolutely nothing. For some reason I tought that Gryndel was a Knight of the Round Table, and when i realized that I just immagined it, I adopted the name as my username for everything, from forums to Steam

My name is Jeff.