What games made you buy a console?

I purchased a handful of consoles on release, but most were after the fact, usually spurred by a specific game coming out. I would have purchased these consoles anyway, but launch games aren't known for being the best (BOTW aside), so I often times wait.

For me, these games would be:

Honorable mention to Rainbow Six Siege and Overwatch for getting me to finally build a "real" gaming PC.

All of these games are still some of my top games of all time (Sunshine is further down, but I loved and still love it despite it's divisive reception.)

Not one. Albeit some made me upgrade my PC, the latest of which were The Witcher III and Microsoft Flight Simulator.

Single games usually don't sell me on consoles, as much as the overall lineup.

Edit: actually, I kind of lied. I did buy a PS2 bundle for the original Japanese launch of Final Fantasy XI, but I already had a PS2 (you needed the Japanese console with the HDD to play FFXI, so I had to buy an extra). So not sure if that counts.
Last edited: Jan 8, 2022

Metal Gear 4 for the PS3....you could not find that anywhere else, and you STILL can't...I even imported a rumble PS3 controller from Hong Kong because at the time, the PS3 only came with a non-rumble controller..Xboxs due to the Halos

Ape Escape/Metal Gear Solid 1 - PS1
Metal Gear Solid 2 - PS2
Halo - Xbox
Metal Gear Solid 4 - PS3
Horizon: Zero Dawn - PS4 (I played on a friends but I bought my own PS4 Pro before I finished it and restarted it)
Super Mario Odyssey - Switch (We bought a Wii U to play BotW on launch but if it had only been on Switch I would've gotten a Switch just to play it in March)

I bought a PS5 at launch for first time since PS2, but not for any game, I just had the chance and knew it would be scarce so best to lock it in now since I couldn't wait for "PS5 Pro" this time.

I didn't get PS4 at launch because I was playing a lot of PC games around 2013, I was still deep into Diablo 3 and I played that most days. PS3 I just couldn't afford it because I was a skint student, got it when MGS 4 came out at massively reduced cost (compared to 599 meme).

Fuck, MGS was really selling consoles for Sony back in the day, if MGS 5 was only on console I would've gotten a PS4 in 2015 probably.

edit - Ohhh and I got a Japanese PSP in January 2015 as well, only paid £10 over eventual UK launch price including delivery and (insanely large amount of) tax. I played Ridge Race PSP first but again that was more buying it because I could, I was going a games software development course at Uni so we got a bit too excited about it and I ordered one while drunk on vodka that cost £7 for 70cl
Last edited: Jan 8, 2022

Zelda Breath Of The Wild, haven’t touched my Switch since beating that game, got them both on launch day.

I could have cared less about the OG Xbox until I played Halo. Instantly bought an Xbox.

NES - The Legend of Zelda
SNES - Nothing in particular just mainly to play general JRPGs back in the days when I liked them
Xbox 360 - No game in particular I just always thought the Xbox seemed really cool as hell, and I was tired of MMOs and PC gaming
Xbox One - Assassin's Creed Unity - Too bad the game sucked, and I never finished it
PS4 - Horizon Zero Dawn - loved it, and UC4 - hated it
Xbox Series X - Hellblade 2, Fable, Halo and Gears
Switch - Anticipation of BotW2
F

None. I've never based a console purchase on a single game.
E


Yeah we saw how that turned out. No regrets tho. PS3 delivered in the end anyway
Last edited: Jan 8, 2022

Metal Gear 4 for the PS3....you could not find that anywhere else, and you STILL can't...I even imported a rumble PS3 controller from Hong Kong because at the time, the PS3 only came with a non-rumble controller..Xboxs due to the Halos

Filthy Casual said:
None. I've never based a console purchase on a single game.
Click to expand...

Wasn't there was a game you wanted to play first though, even if you didn't purchase it just for that game? Ie the game that broke the camels back, I'd say that counts as the game that made you buy it.


Yeah we saw how that turned out. No regrets tho. PS3 delivered in the end anyway
Click to expand...

Holy fuck nuts, was that announced for PS3?!??? Thats insane.

Super Smash for every Nintendo console they were on

I generally don't buy a system for 1 game. For example I bought a PS5 notndue to any game coming out just the fact I'd buy one eventually so may as well get one anyway, currently mainly playing PS4 games on it

Kuranghi said:
Wasn't there was a game you wanted to play first though, even if you didn't purchase it just for that game? Ie the game that broke the camels back, I'd say that counts as the game that made you buy it.
Click to expand...

Not really to be honest. The last few times I've bought consoles (PS4 and PS5) have been day one and on both many of the games I was playing at launch were cross gen.

I used to play pretty much anything I could get my hands on from Atari VCS through the consoles of the 80's. I didn't need a particular game to make me save and buy a console.

I bought an N64 because Nintendo but I sold it because it wasn't as fun to me as PlayStation.I bought GameCube because it was $99. I bought Wii because it was the thing to do. Wii U because I'm an idiot. Switch because Mario Kart online absolutely kicks ass. Switch OLED because that screen is finally good and I can see it undocked.

I did it once... bought a PS2 for Gran Turismo 3. But I was stupid and bought the console on hire purchase with ridiculous interest rate but at the time felt like I was paying nothing. Not my proudest moment. Loved the game though.
E

No it wasn’t. The assumption was surely the third game would come out during the PS3 era….. surely…

No, but FF XV aka Ff versus XIII was announced in 2005 and released mid cycle for ps4. You can argue it’s the same thing with KH except they on,y officially announced it a generation after KH 2.

Xb1, PS4, Switch - i got them on launch regardless of games, just to continue console gaming.

Demon's souls made me buy a ps5.

Digity said:
Zelda Breath Of The Wild, haven’t touched my Switch since beating that game, got them both on launch day.
Click to expand...

Was the system worth it for you for that game?

Consoles fucking suck, none of them read the games so I returned them. I just stuck to PC where the games actually work (most of the time).
Last edited: Jan 8, 2022

Dead Rising was the only game. Loved it.

GametimeUK said:
I bought a PS4 for Halo 5
I bought a Xbox One for God of War
I even bought a Nintendo Switch to play A Link Between Worlds

Consoles fucking suck, none of them read the games so I returned them. I just stuck to PC where the games actually work (most of the time).
Click to expand...

I know your joking here, but I welcome the day different platforms dont require specific hardware. If we thinking its pretty rediculous. Its like needing specific hardware for netflix, disney+ etc etc

Wii U Breath of the Wild, the game showcases the wii u gamepad, again I feel like Zelda games are system sellers.

Staff Member
Windwaker - Gamecube
Breath of the Wild - Wii U

Pretty much bought a 360 after I saw Bioshock. Of course there was much more, but that game made me really look at it.
D

There's been a few over the years but the one that's stands out to me and by far the most intresting was... 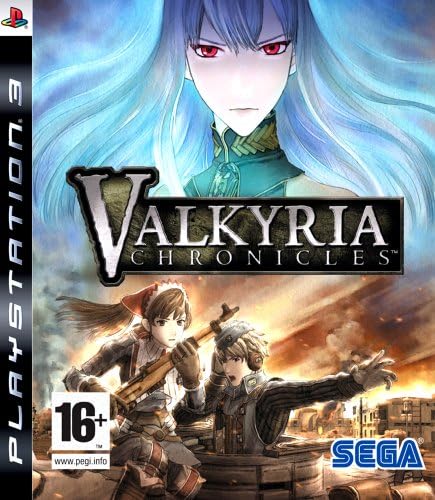 I was a Wii then Xbox 360 adopter but for years I never got a PS3. As far as I was concerned especially in the UK it was an over priced failure, blu-ray didn't appeal to me and all the multiplatform titles played better on the 360 and everyone knew it.

Then something intresting happened SEGA released trailer for there new game Valkyria Chronicles. As an older gamer I remembered a title from years ago called "Hogs of War" which I loved back on the day, this future release reminded me heavily of it. This was from the trailers an anime game but with a unique watercolour ascetic. Waited until launch day and picked up a second hand PS3 and Valkyria Chronicles, didn't regret it, I got a few PS3 exclusives afterwards like infamous, uncharted, etc and came to appreciate the Sony first part exclusives over the years. Still bought multiplat on the 360 though due to its superior performance and graphics for those, but a real stand out moment for me for a game not many people would buy an entire console for.
Last edited: Jan 8, 2022

Oblivion made me buy the 360 even though Killzone 2 almost convinced me otherwise. Good thing it did since I was foolish enough to think Killzone was going to replace Halo at the time. Funny how Resistance:FOM went under the radar mostly and ended up being a million times better then Killzone.
Last edited: Jan 8, 2022

I've owned almost every console since the Atari 2600, but those are the only times I can remember needing a specific reason to buy a console.
You must log in or register to reply here.

Don Carlo replied
Apr 27, 2022
Could console games be made forward-compatible?

Azelover replied
Apr 26, 2022
What games/systems/gaming items are you most thankful for?

dan76 replied
Dec 28, 2021
What's the some of the most hyped/popular games that you've never played?
Community 2