Opinion When Nintendo does their next major Switch revision, how should it be handled? (poll)

The Switch and Switch Lite are both currently available. There are rumors Nintendo might do a Switch Pro, perhaps even a TV-only model. Like their previous handhelds, the Lite is certain to get at least one more revision, maybe with a nicer IPS screen and the Pro guts inside. The question is how they'll handle the rollout. Switch Lite is not very old, so a revision might feel cash-grabby. On the other hand, the Switch hardware was outclassed even when it launched back in 2017. Would a Switch Pro be the way to go?
Reactions: JimiNutz

I think they will do a switch pro, phase out the switch as we know it now. The Lite will stay as it is. I actually think they could do a Pro model and introduce it at the same price as the switch is currently.
Reactions: DunDunDunpachi

With both hands preferably.
Reactions: DunDunDunpachi

It is nintendo, so I assume that next switch would be bit slower or par than xbox one, around 1Tflop fp32 on dock max, and handheld around what current switch is on dock (0.6 - 0.7 tflops)

I'd rather they just keep working on a successor and release it in a few years.

I'm not a fan of mid-gen upgrades.
Reactions: DunDunDunpachi

Coming from Nintendo, I can only imagine an even cheaper handheld only revision.
Last edited: Nov 5, 2020
Reactions: Saber, existensmaximum and DunDunDunpachi

The product doesn't need a refresh to keep selling but to keep the hardcore upgrading you need to give them a reason to upgrade. A better screen and more premium product overall is enough to keep them happy. It still feels cheap in the hand and if you improve those things you will get people who have a day 1 switch to bite at $299.
Last edited: Nov 5, 2020
J

They get some jank shit, that make the screen part more like a dummy console(this would make the screen portable part super light weight) like it was with the WiiU, because they realize they'd need to make the half-step POWERFUL and you can't really cram REAL computing power into the form factor they've chosen.

Switch revision, similar to a New 3DS or a PS4 Pro-style bump in power and/or featureset.

DunDunDunpachi said:
Switch revision, similar to a New 3DS or a PS4 Pro-style bump in power and/or featureset.
Click to expand...

I continue to maintain that Nintendo doesn't see anything wrong with the Switch's graphical capabilities. It supports the games that are making them money. Nintendo will make quality-of-life improvements to things like battery life and screen (best case scenario is they swap in more reliable analog sticks at some point); but we won't get a leap in graphics until they make their next generational break.
Reactions: DunDunDunpachi and Rodolink

Nintendo is obviously going to release a beefier revision of Switch next year, with the latest Nvidia Tegra chip. This is what I suspect, as the Switch will be 4 years old already and it needs to be "up to par" with the latest PS5 and Xbox consoles, at least in terms of having somewhat decent multi-platform support for the next generation.

I think we all know this, now to what extent it might entail remains to be seen. It could be branded as a "Pro" or "NEW" Nintendo Switch, like they've done before with 3DS I believe.

Nintendo typically does well doing their own Nintendo things, but from a business aspect I see the Switch getting a revision to be somewhat on par with the next gen consoles. Obviously it won't be close in terms of raw performance, but if Nintendo can get PS4-like quality on their hybrid console, that's fine for a few more years until another generation Nintendo console.

Switch is still selling very very well. But they need to beef it up a bit to hold on a few more years.

POWA! And BC/enhancements to switch games

Switch Lite should probably stay as it is, the affordable option. An improved Switch Pro should incorporate some of the improvements the Lite has in terms of design, on top of any spec upgrades.

I think a docked only console would be interesting.
I know it takes away from the 'Switch' concept but then so does the Lite and that wasn't a problem.

I just feel like a console only version would allow Nintendo to squeeze out as much power as possible while keeping the costs lower. It would also appease those that don't game in portable mode and want a Nintendo home console.

If you think about all the revisions and modest upgrades they've done in the past, I think the answer is obvious unfortunately. It's not going to be what any of us wants, or that the console deserves, probably.

Not sure how Nintendo will handle it, but I know how I will.

Buy everything they put out, bitch about the lack of games, and repeat for another 15 years. Someone kill me.

There were recent rumours about Nintendo striking a deal with a Taiwanese manufacturer for a new Mini-LED screen so it looks like the focus will be on an improved hybrid and/or dedicated handheld. 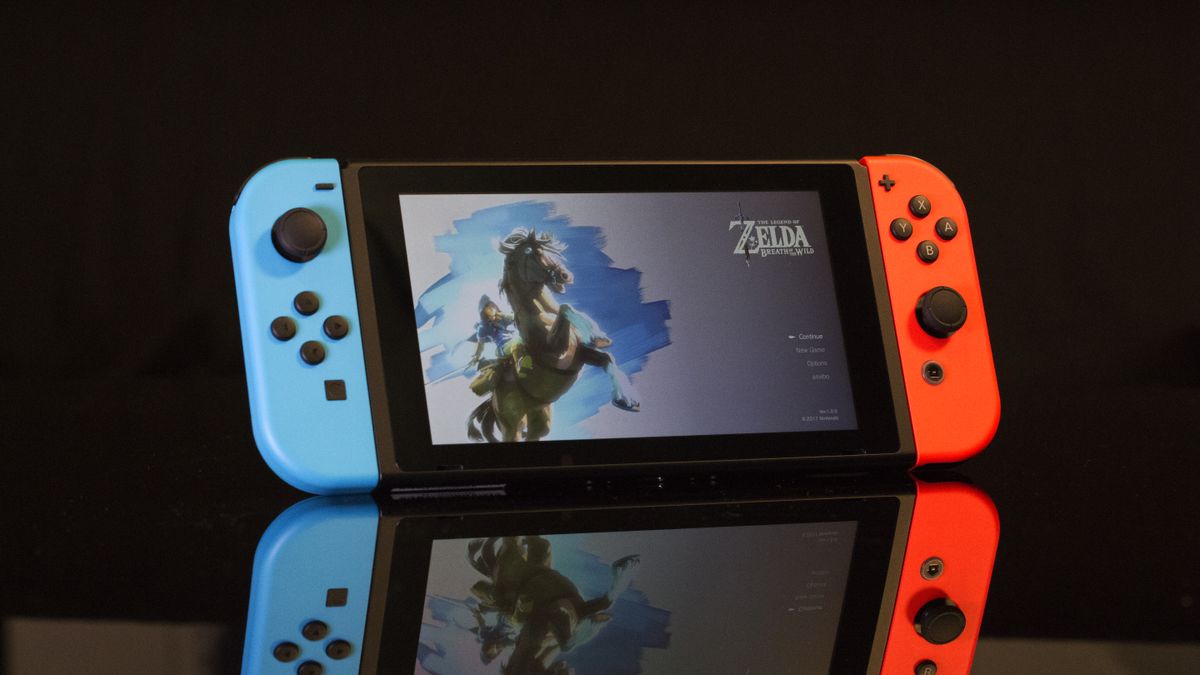 The next Nintendo Switch could get a bit upgrade

Its clear a pro is coming. Also with the cloud games recently announced and the rumor of switch pro being 4K ready this is what I think we will see.

Basically the system will allow games that run at 900-1080P to be upscaled with DLSS to 1440P/4K and play on 4K TVs. Cloud games will also be able to stream and output up to 4K as well. Most games will be able to take advantage of the increase in clocks to smooth out frames and rez, or use DLSS to push the system further.

It won't be a huge leap though so don't expect PS5 games to be running on the system nativly. But something like Smash will be upscaled to 4K (or close enough 4K) while something like the Witcher or DOOM can just get an increase to make it run smoother.

Nintendo will push cloud games as well with the 4K output and probably snag a decent enough "next gen" game maybe something like Cyber Punk or Resi 8.

Pricing is more difficult to figure out, but I think the best would be
349-PRO
249-Switch Dock
149-Switch Lite.

Its still cheaper than X and PS5 if you go for the full versions.

I basically see the Pro as a way for Nintendo to test the waters for DLSS and Cloud gaming without having to make an entire new machine. If it works out then that can be the future, if no none cares than they stick to Mario Kart 8 to sell another 800 million copies on the Switch 2, 3,4,5 and until the sun dies out and all life dies on earth.
Reactions: Xellos and DunDunDunpachi

I don't think they will have 3 Switch SKUs in the stores.

Early next year. Custom Nvidia chip. Use the extra power to offer DLSS upscaled higher resolutions for select older titles and all new titles. Xenoblade 1/2 can go from 720p on regular Switch to 1440p DLSS on the Pro.
Last edited: Nov 5, 2020
Reactions: cryptoadam

Switch plus calling it now, while keeping the lite as it is, with perhaps a screen update at some point, not sure if they will still keep the original Switch, games will run on all systems with graphical upgrades on the plus version.
Last edited: Nov 5, 2020
B

Fix the fucking joycons Nintendo.
That and add more more ventilation on the back, and add a proper, robust kickstand instead of that flimsy plastic piece of shit. Take notes from the fucking Surface.
Also a second USB-C charging port would be nice so you can have it charge while its in kick-stand mode.
Reactions: DunDunDunpachi

Personally I'd like a Switch Pro that is hybrid, and a revision of Switch lite that is also hybrid but cheaper (I'd like to think costs have come down enough that you can handle the TV out on the switch lite in the same price range now)

Using their usual handheld approach as a guideline, I'd expect a New Switchi Colour replacing the original version, for the same price, while the Lite continues to be the budget entry level system

Although usually when these upgraded/second redesign version hit the market, it's about 18 months before a new system is going to be released.

A no-controller version. Preferably with bluetooth so I can use my fucking headsets.

Switch 1080 with some kind of board and snow-thingy launch title please.
Last edited: Nov 5, 2020
You must log in or register to reply here.