Lock if old, but holy crap, this is bizarre. Remember the Boom Boom trailer with the German version of the John Lee Hooker song? Looks like they did an entire soundtrack of bizarro German 60s songs.

This is kinda old, it was sort of revealed at the end of the 'Boom Boom' trailer.

It is a pre order bonus in some countries too 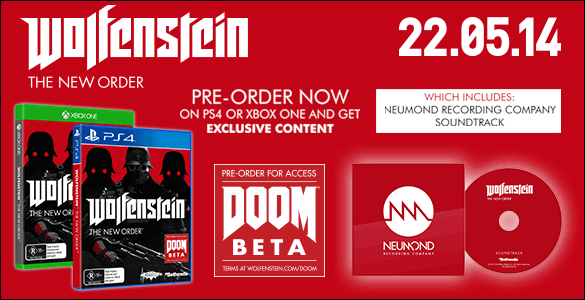 Very cool regardless though!
S

Haha, look at the "hans-mein keiner vw" cover, the lyrics are horrible
X

I love anachronistic soundtracks although the Polygon article makes it seems like the devs might have simultaneously not been thinking hard enough and thinking too much about the music choices.

Like, sure, Motown wouldn't go down with a Nazi crowd, but if that's you're reasoning for song choice than most of the rock and roll/surf/psychedelic songs aren't really going to either.

It's also kind of a bummer a bunch of these won't even be in the game, they lose a little bit of fun context without that. "Hey dude, what you listening to?" "Oh, just pretend Nazi pop."
You must log in or register to reply here.
Share:
Facebook Twitter Reddit Email Link
Top Bottom